In mid-December, Metallica celebrated its 40th anniversary with four days of events dubbed the “San Francisco Takeover,” culminating in two concerts for fan club members only at the city’s Chase Center arena. As with nearly all Metallica shows in recent years, the band relied on a Meyer Sound reinforcement system — here a massive 286 loudspeaker in-the-round configuration — to propel the music with undiminished clarity and dynamics. 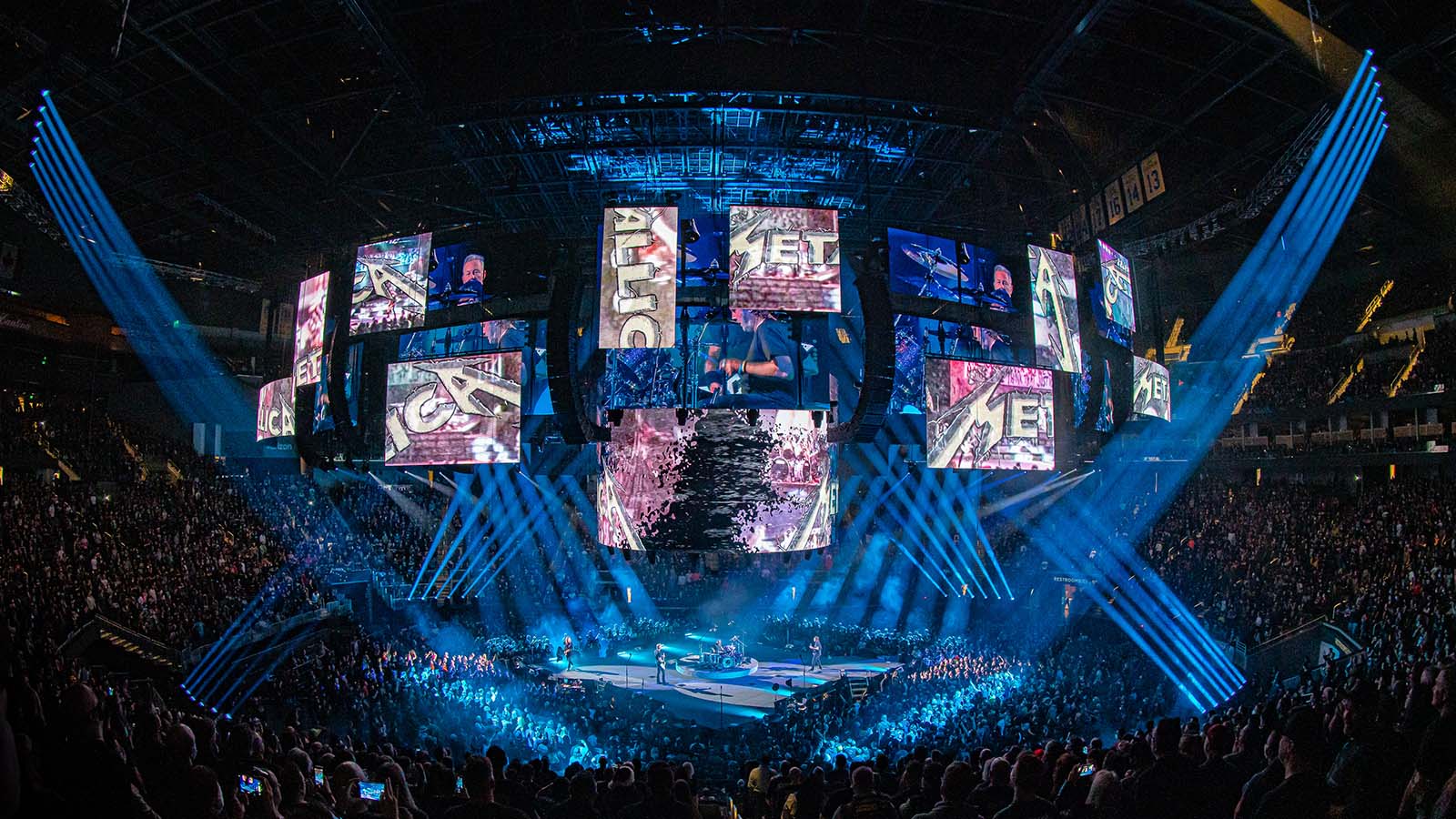 The longstanding Metallica–Meyer Sound relationship has evolved into a unique partnership between musical artists and a technology supplier, a collaboration that has pushed the technology envelope for large scale audio production.

“We have never worked with a vendor or manufacturer where we’ve had the kind of close, collaborative relationship we have with Meyer Sound,” says Dan Braun, Metallica’s creative director and production designer. “They are not simply equipment providers, but really partners in what we do. It starts with John and Helen and extends down through everybody we work with in the company.”

A key collaborator on the team is Meyer Sound Director of System Optimization Bob McCarthy, who was principally responsible for ensuring that the sound for the anniversary concerts would maintain the Metallica standard despite the size and weight of the massive, oval loop video screen. McCarthy’s design comprises ten main arrays interspersed with the video screens, with long throw arrays of mixed LEO® and LYON® line array loudspeakers and short throw with LYON only. The six inner down fill arrays employ LEOPARD® line array loudspeakers, except for two long-throw with three LYON each. Deep bass reproduction is supplied by 40 1100-LFC™ low-frequency control elements, with visceral sub-bass (13–30 Hz) propelled by 48 VLFC™ very low frequency control elements. The system for the Chase Center shows was deployed by Bay Area rental company UltraSound.

Powerful and dynamic low end is a hallmark of Metallica, and for more than a decade Meyer Sound has worked with the band to create solutions that provide more power with uniform coverage. Metallica’s 2008–10 “World Magnetic Tour” introduced the TM Array, a proprietary central subwoofer cluster for in-the-round arena shows that ensured even coverage with minimal cancellation. 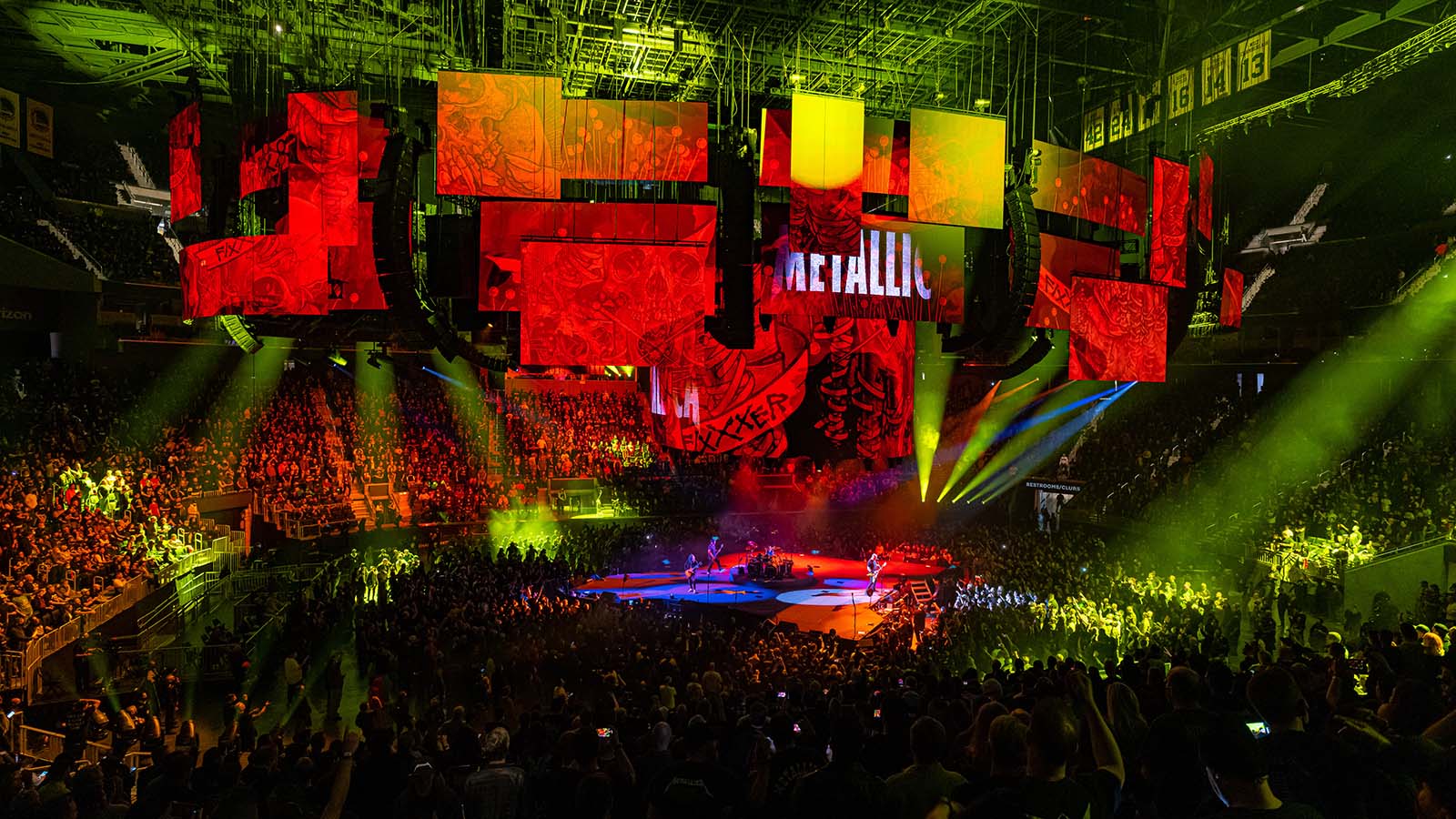 For the “WorldWired Tour,” Meyer Sound worked with Metallica on creation of VLFC, the first sub-sonic loudspeaker able to reproduce the chest-slamming sensation of explosions to accompany visual effects, but with no danger to band or audience. Metallica was the first — and so far, only — act to use VLFC in large-scale concert applications.

In between, at the specific request of Dan Braun and the band’s monitor engineers Robert Cowan and Adam Correia, Meyer Sound developed the MJF-210™ stage monitor, a breakthrough loudspeaker with very high undistorted output in a lower profile cabinet. The MJF-210 made its debut with Metallica in 2013, about the same time the band staged its landmark first concerts in China with Meyer Sound support.

When Dan Braun created the groundbreaking visual effects for the “WorldWired Tour,” he called on Meyer Sound’s Bob McCarthy to design a system that would maintain undiminished power and clarity despite the limitations on weight and hang points imposed by the size, weight, and proliferation of the visual technology.

Metallica inaugurated the Chase Center along with the San Francisco Symphony for the celebrated S&M2 concerts where McCarthy was confronted with the unprecedented challenge of providing in-the-round arena reinforcement of a rock band surrounded by a full orchestra. 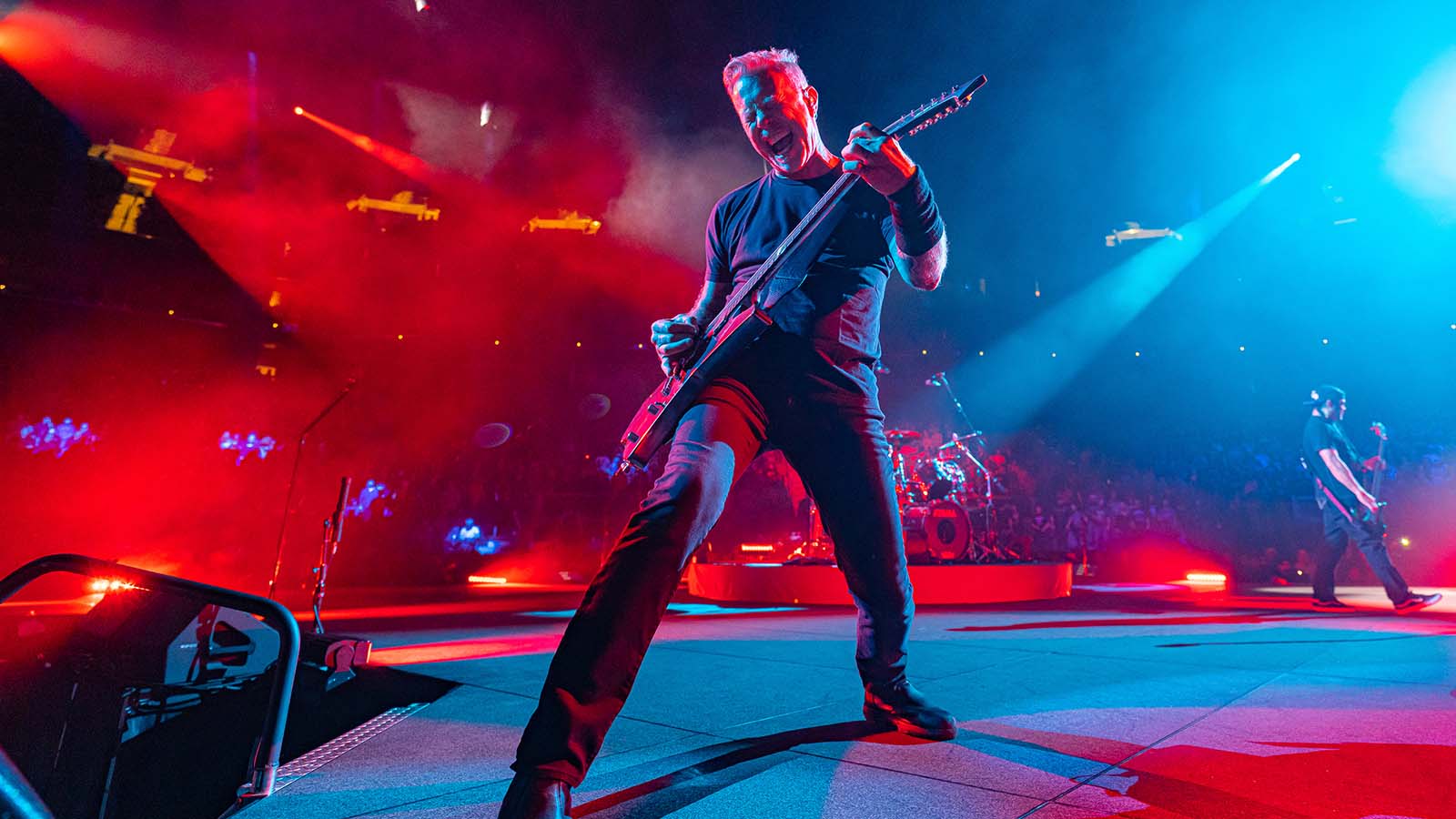 “Bob’s design for S&M2 was absolutely brilliant,” says Braun, “and he did it again for these anniversary concerts. Meyer Sound fully understands the importance of integrating the design of the sound system into the design of the full production. Metallica is doing things never before attempted with lighting and visuals, but never compromising the audio quality. That level of manufacturer cooperation is rare in our business. It’s been a great journey, and we look forward to doing more of the impossible together in the future.”

The “San Francisco Takeover” event also includes live performances by artists who appeared on the “Metallica Blacklist” tribute album at smaller venues around the city, a Metallica film fest, and pre-show parties.