Florida-based lighting and creative director Yamil Charif who heads up design company YC3 delivered a high impact stage production for Pitbull’s recent and hugely popular, “I Feel Good” tour, with 32 shows across the US and 100 Robe moving lights – MegaPointes and BMFL WashBeams – as the backbone of the lighting rig. 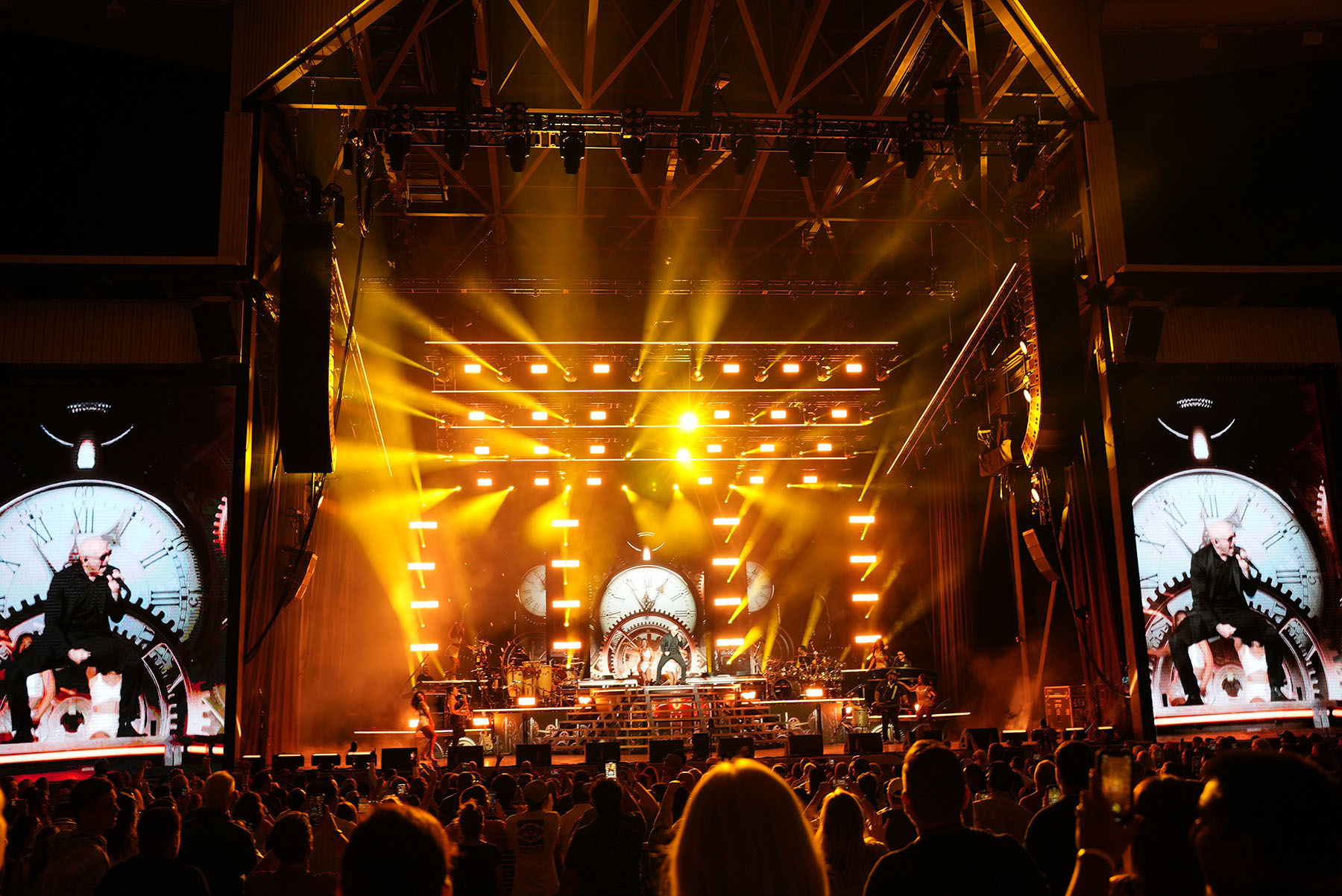 Yamil has worked with the artist for the last four years as lighting and video director and for this one, he was offered the chance to work on the full production design, together with a hugely talented team whose collaborative effort embraced all technical disciplines plus associated areas like wardrobe and choreography.

The result was a superlative live performance experience delighting fans nationwide, and a tight logistical operation under the production management of Victor Martinez.

The tour’s lighting, video and rigging vendor, LPS Production, had Robe fixtures in stock which Yamil was very happy to use. “Robe have been at the top of their game for the last few years and produced a steady stream of good and reliable products,” he commented.

He has worked frequently with Robe products, especially over the last five years, and certainly maximized the 66 x MegaPointes and 34 x BMFL WashBeams on the rig.

The BMFL WashBeams were used for all the key lighting and specials, while the MegaPointes – positioned in the overhead rig and on the floor – provided multiple effects, creating all the big, bold exciting looks and scenes that helped pump the atmos around Pitbull’s energetic and dynamic performance, always ensuring he remained the central focus. 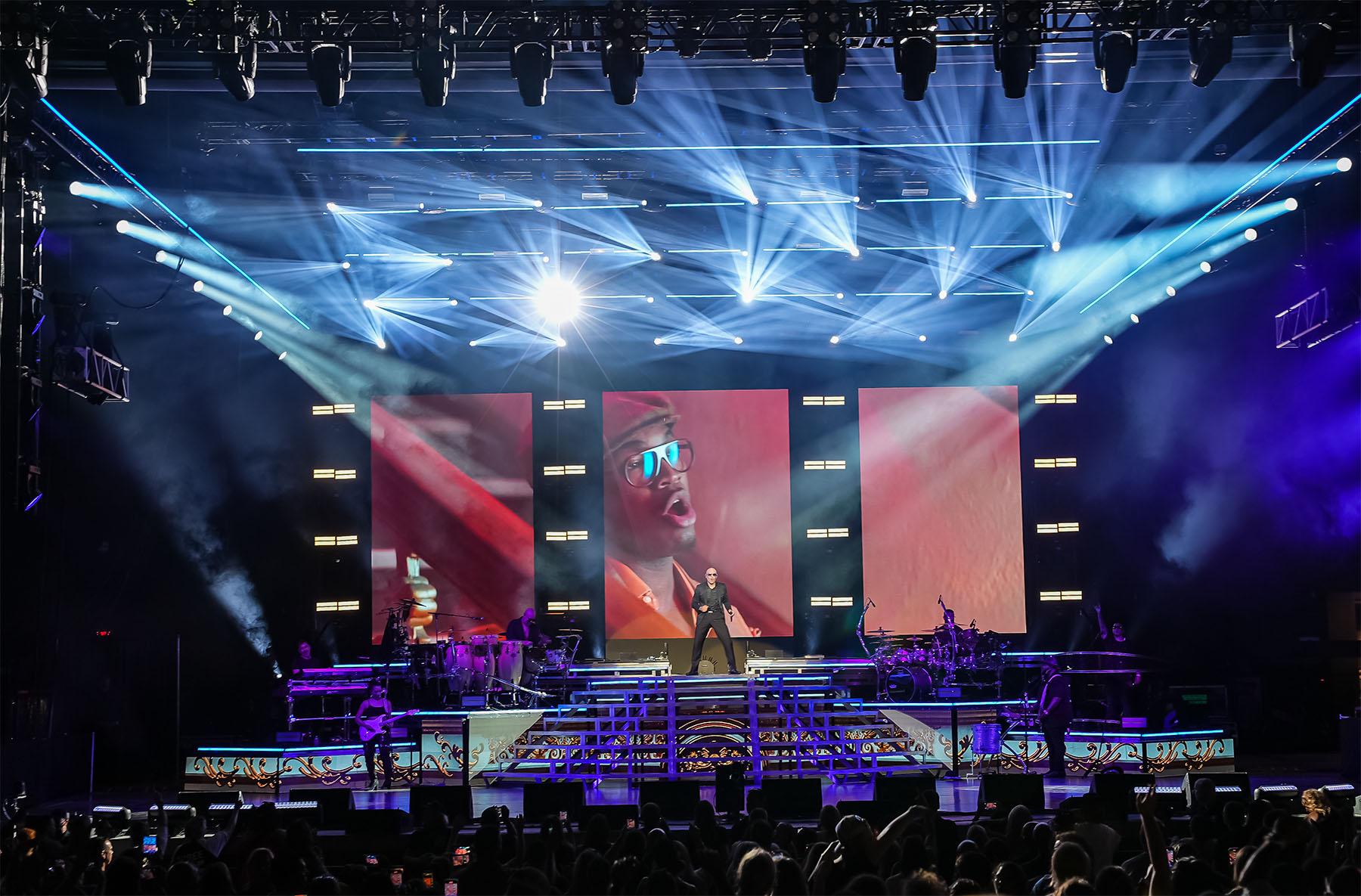 “As the main fixtures of the lightshow, MegaPointes were chosen for their multifunctionality and scope as a creative tool,” confirmed Yamil.

The overhead MegaPointes were alternated with strobes that were also used for wash lighting. The stark contrast between the two light sources added to the general depth and texture in a swirl razzmatazz and rawness, all achieved with an expedient number of lights.

Yamil explained that keeping the rig clean, streamlined and with no unnecessary resources on it was at the core of his concept design. “The show has to look good and be as sustainable as possible in terms of power consumption and other factors like being straight-forward to build,” which was essential for an amphitheatre tour with multiple back-to-backs.

The physical starting point for the stage design was Pitbull’s ‘landing platform’ – a triangular shaped drums / percussion riser from where he also enters and leaves the stage – and immediately in front of this is a set of custom transparent steps. He was assisted in the scenic design by stage architect Gustavo Perez from Argentina.

On the video front, Yamil worked closely with Jose Antonio Bermudez and his crew from Kyo Productions, who created the content and mood boards, interpreting Yamil’s overall show script and directions, with the two constantly exchanging ideas throughout as the final video elements evolved.

The lighting and video programming team was led by Yamil’s brother Elian Charif together with TomasVillanueva, who are both based in Argentina. 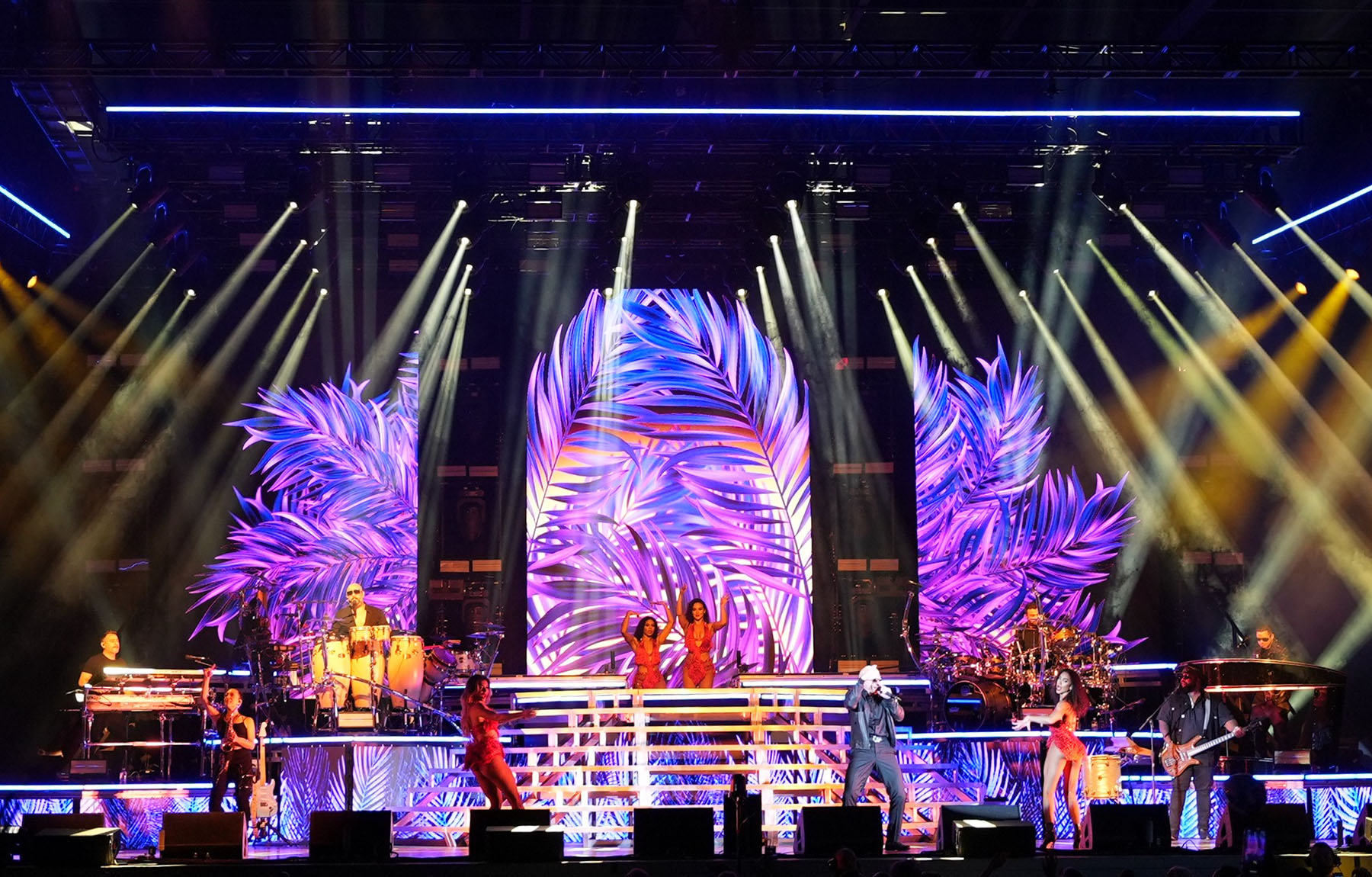 Yamil explains how he and Elian work really intuitively together during this phase of preparing a show, “It’s almost like he knows how I am thinking and he’s programming the atmosphere and vibe of the look or scene as I am thinking it!”

Initially, they worked in Capture using MVR files from Vectorworks and the show files were then transferred to the touring consoles ready for production rehearsals atWastco Center MiamiinAugust 2021where the process was finalized. Rafael Imitola joined the show programming operation towards the end of production rehearsals and Yamil’s younger brother Khalil was lighting operator on the road for the whole tour, taking over when Yamil had to jump out to deal with other ongoing projects.