Dining-out long since ceased to be about simply eating. The modern restaurant seeks to provide its customers with an ‘experience’; often investing significantly in specialist designers to assist the creation of a unique atmosphere and ambience that reflect its particular vision. Amongst the plethora of ideas and styles that characterise the sector, one aspect is common to virtually every setting. Music, of whatever genre in a restaurant environment, is fundamental to the vibe, and as such, demands the best possible audio provision. Two examples of new restaurants which recently opened in the Belgian ‘capital of cool’, Antwerp, support the principle that good sound is an essential ingredient for the dinner table. 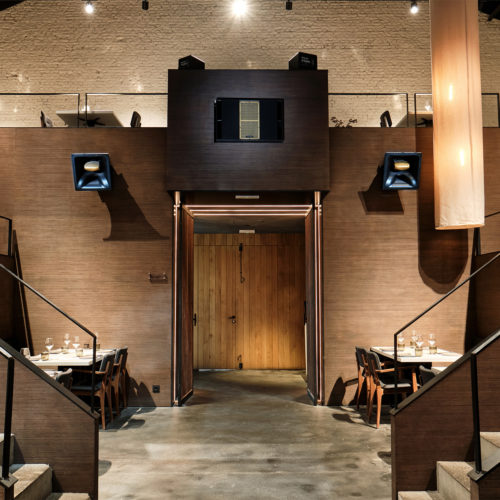 Sergio Herman’s reputation for reinvention is well-known, but having successfully overseen the installation of Pioneer Pro Audio systems at other sites, there was to be no breaking of the mould at Le Pristine, as Willem Van Ben Brock explains: “We’ve already established a very successful relationship with the Pioneer Pro Audio brand in other restaurants of the Sergio Herman Group like Blueness and AIRrepublic. We knew what we could expect, so we relied on their expertise. We wanted to experience one sound and one volume level through Le Pristine, without a drop in power or quality anywhere in the space.”

Erwin Nuyts had worked with Pioneer Pro Audio systems on many occasions. At Le Pristine, his principal challenge was to prevent sound pollution from disturbing residents in the apartments above the restaurant. The Discostore team took great care in treating the expansive ceiling with felt, enabling him to hang 14 x XY81 8-inch two-way full-range loudspeakers, equally spaced across the sixty-metre length of the café, restaurant and cocktail bar. Nuyts comments: “We chose the XY-81 model for its power to evenly fill the space with really warm sound.” 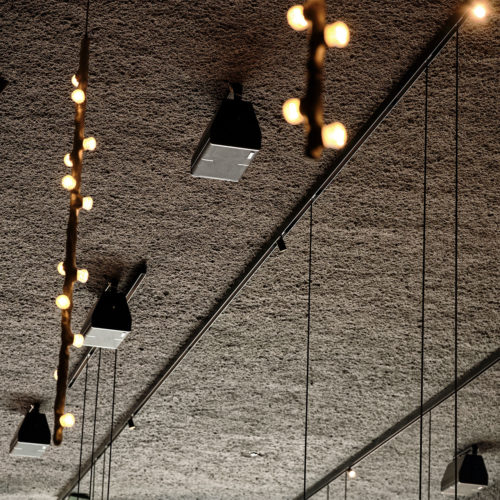 Pioneer Pro Audio CM series ceiling speakers were deployed in the kitchen and bathrooms, smoothly and consistently maintaining the same signature sound. The new, adaptable CM series allows integrators to design turnkey Pioneer Pro Audio solutions, ensuring that the high quality audio for which the brand is renowned can be heard in every area of an installation. Fitted discreetly into the ceilings, the speakers blend seamlessly into the restaurant’s elegant decor. During system testing, the teams from Discostore and Le Pristine agreed that the addition of subwoofers would enhance the effect they were seeking, and achieve an even fuller sound. The addition of 3 x XY-115S 15-inch bass reflex units served up the required low-end, contributing to an overall sound described by Nuyts as “pleasantly warm, fat and full – exactly what we were looking for”.

At Maven, located in a characterful old warehouse on the Scheldt river, everything was stripped back and completely refitted to create an innovative, high-end restaurant whose ambience would be as impactful as its incredible food. Music was to be a very important part of the atmosphere with DJs performing at certain times to deliver a club-like feel. A high-quality sound system was required, and Maven’s manager, Jules Koninckx knew who to call: “Pioneer Pro Audio loudspeakers are probably the best in the world, and our contact at the brand helped us choose exactly what we needed.”

As was the case at Le Pristine, Erwin Nuyt’s main concern was the fear that noise pollution could leak from the old brick structure and disturb residents in nearby buildings. Using a combination of loudspeakers from the Pioneer Pro Audio XY range, which have a very focused dispersion, he was able to combat the risk and contain the audio within the venue. Thanks to the flat voicing of the speakers, he was able to tune each one to create a warm sound that fills the space without generating unwanted resonances which might be heard by the venue’s neighbours. CM series ceiling speakers completed the system in the areas where a smaller, more discreet solution was required to complement the interior design, whilst retaining the warm ambience. 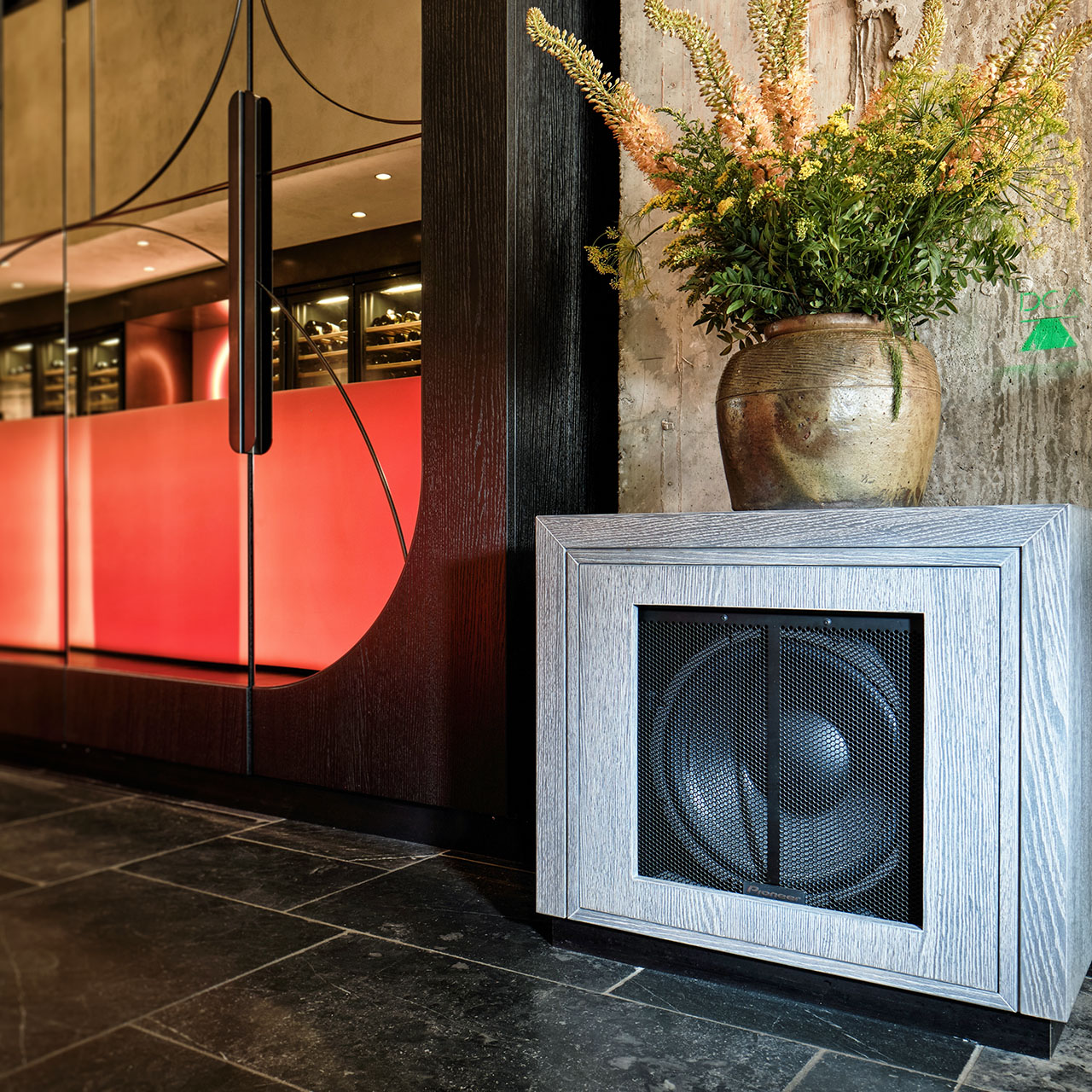 The teams at both Le Pristine and Maven are unequivocal in their appreciation of the new audio systems. Willem Van Den Broeck of Le Pristine reflects on another successful venture working with Pioneer Pro Audio: “We have a very satisfying professional relationship with them, and we cherish this because we can rely on their punctuality and professionalism every at any time. Trust and great service are key in our opinion.” Already looking to the future, Van Broeck is keen to see how the brands can collaborate again soon. “We’re very curious about the way Pioneer Pro Audio is looking at the future and what kind of new products we can expect as a result.”

On hearing the completed system in action for the first time, Maven manager Jules Koninckx was very impressed: “Everyone told us we could change the venue from a restaurant to a club with this system!” His view of Pioneer Pro Audio is equally positive. “They’re very user-friendly and we’ll definitely choose them the next time we have a project involving sound.”