The Smèrrig Halloween Festival in s’Hertogenbosch, the Netherlands, was celebrated with four stages. The event is an institution in Den Bosch and this year’s edition attracted around 11,000 fans to the Brabanthallen. In a spooky atmosphere, many nationally known DJs and music acts provided the atmosphere and party mood. Audio equipment from RCF provided the perfect sound on three out of four stages. Ultrasound Productions from neighbouring Tilburg, a long-standing user and official dealer of RCF, was responsible for the stage construction and event technology. 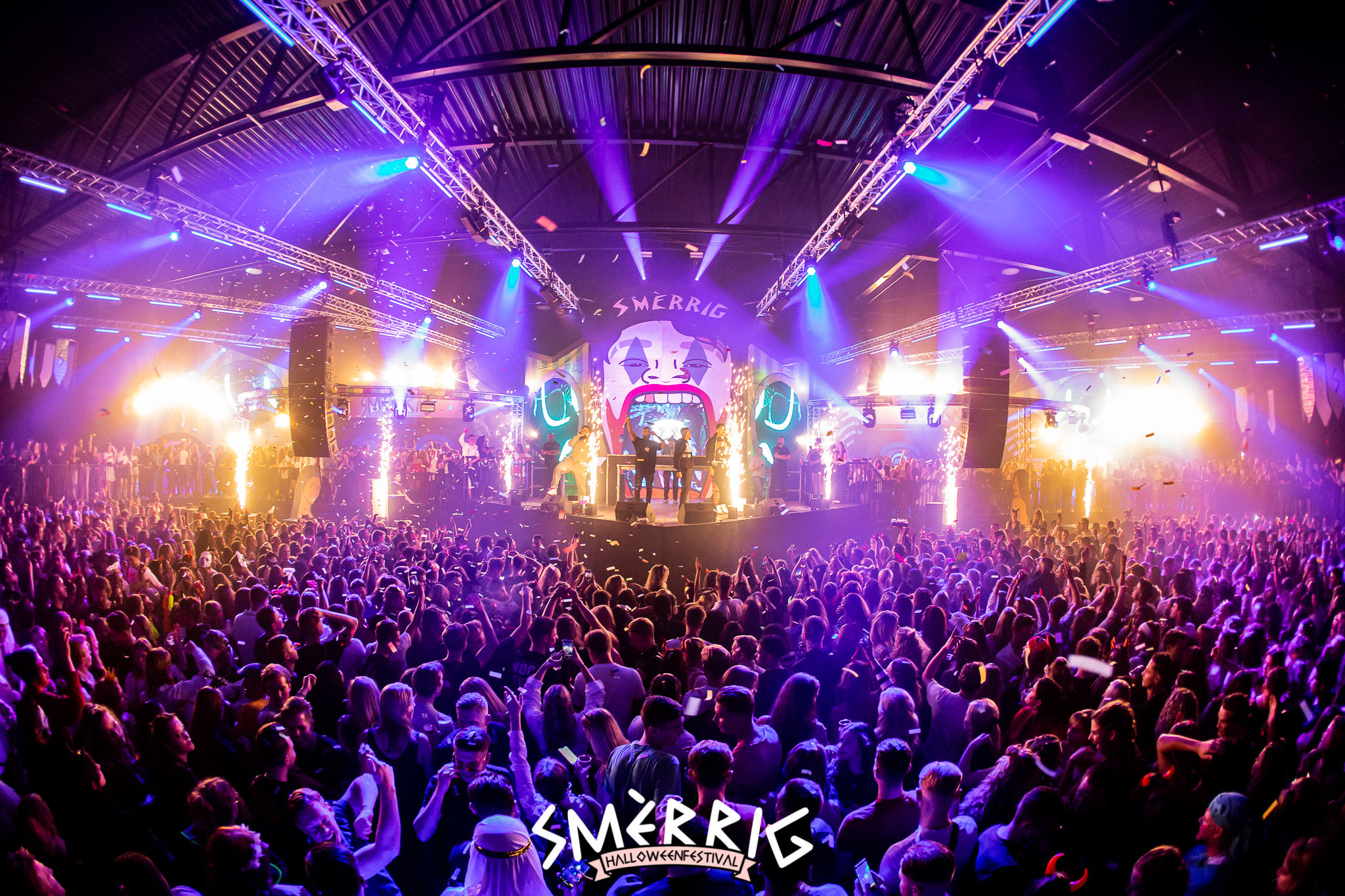 Together with audio designer Wouter Smits, Ultrasound Productions took care of the rigging, calibration and support of the systems during the event.

A total of four stages were available to the acts in the Brabanthallen. One large main stage and three smaller stages, one of which was designed as a 360° stage.

Geert Maes, Sales Manager at Ultrasound Productions, commented on the production: “We have been using RCF equipment for many years and were able to cover almost the entire production with our stock. RCF’s loudspeakers are user-friendly and easy to use, and feature many clever rigging solutions that simplify set-up and tear-down. The sound of the systems is of course, as always with RCF, very convincing. As always with RCF equipment, we used RCF’s own control tool RDNet, which simplified the handling of the whole installation and can be used to successfully implement trickier setups like the 360° Stage 2.” 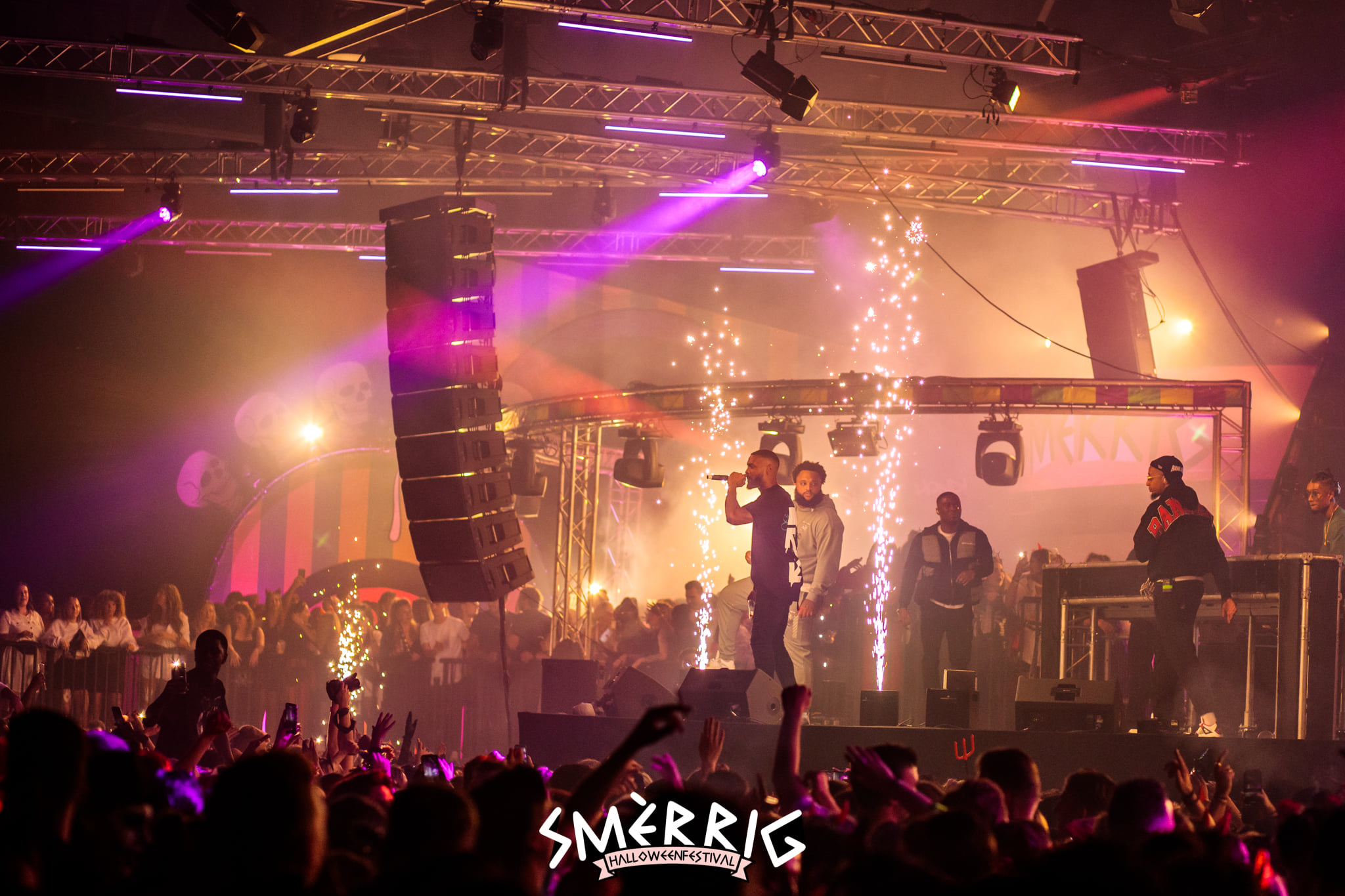 On the largest stage, the Mainstage, 2x 10 RCF HDL 50A 4K units, the largest and most powerful line array module in the HDL range, were used, left and right of the stage as line arrays. The deep sounds were provided by 12x RCF SUB 9007-AS subs. 2x RCF TT 5A were used as infill, 2x RCF TTL-6A units as outfill. The monitoring on stage was realised by the Ultrasound Productions team with 6x RCF TT25-CXA monitors and 2x RCF SUB 9004-AS subs. 1x RCF Control 8 unit with RCF’s own RDNet control system was used for control.

Stage 2 was designed as a 360° stage, which posed some challenges for Ultrasound Productions to ensure even audio dispersion for the audience while still providing sufficient separation from the other stages. Again, the team used an RCF Control 8 unit with RDNet to ensure perfect tuning. The audio system consisted of 2x 10 RCF HDL 30A units as line arrays, 12x RCF 9004-AS subs, 2x RCF TT 22A units as infill and 8x RCF TT 08A as outfill. For on-stage monitoring, 4x RCF TT25-SMA monitors were used. 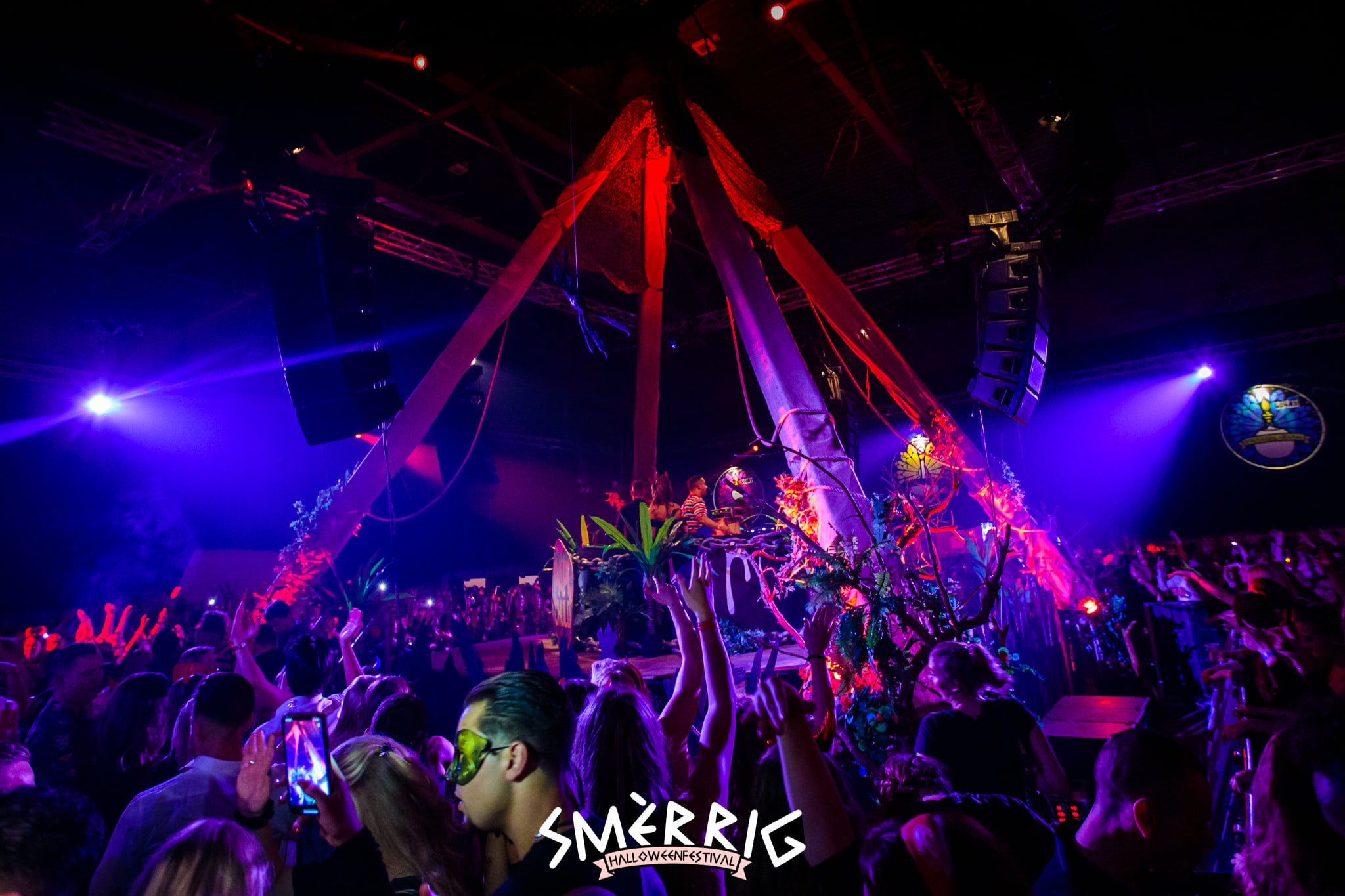 What you can expect from a successful Halloween party can be seen in the video of the 2021 event:

More information about Ultrasound Productions can be found HERE.