For the two-million or so Austrians who tuned in every Monday to watch the country’s 2021 Ninja Warrior championships, keeping pace with the gifted young athletes as they raced across unstable bridges, swung along series of hanging rings, and hauled heavy weights up a “Salmon Ladder,” would have seemed like an impossible task. But, for Bernhard Endl, it was a matter of routine.

Endl didn’t physically run through the new show’s grueling obstacle course, but he did keep pace with its athletic participants, step-for-challenging-step when lighting the program on Austria’s Puls4 network. Powering his 89-universe 936-fixture lighting design was a ChamSys MagicQ MQ500M console.

“This was a fun project with a different set of challenges than you typically face on a tour or other kind of show,” said Endl. “We had to create an even illumination over the entire parkour with all its obstacles. The big thing is that these obstacles changed daily. So, we had to build a flexible design to be able to adjust rapidly to the changes.”

Endl positioned his keylighting from five or six different points along the parkour course, depending how the obstacles were configured for the day. His principal light source were floodlights mounted at the trussing of the obstacles, downside, frontside, backside. He also
had profile fixtures on truss oriented in the same direction as the cameras, as well as two to four wash lights focused on each obstacle.

Most of his show was timecoded, but some cues were manually called up. At pivitol moments of victory or defeat, selected cues were triggered via MIDI Notes to be in sync with the sound effects. The easy-to-understand and program Automation Events Window and the CueStack Macros of his MQ500M were very helpful when this happened, according to Endl. 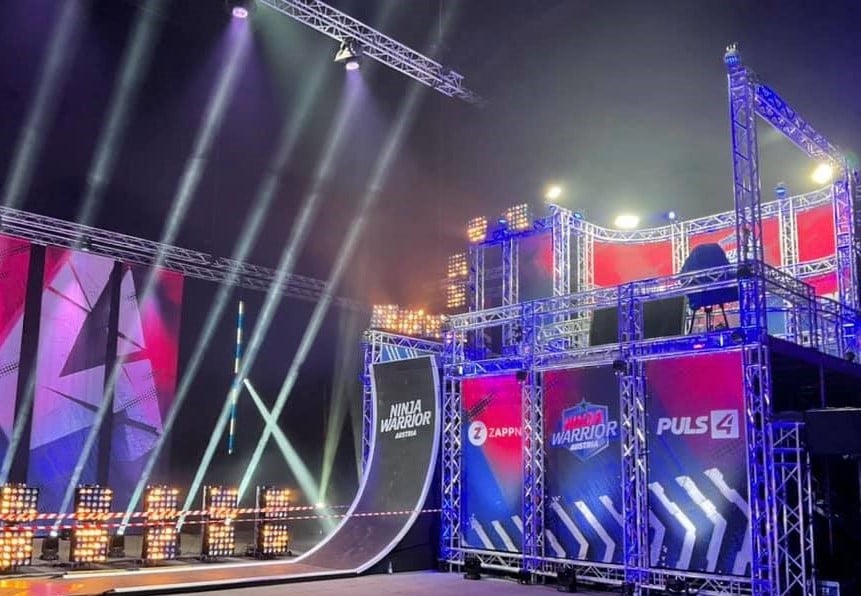 Given that Endl was lighting fast action in a large area (106m x 52m) with constantly changing parameters, it was essential that he be able to have quick, easy access to large numbers fixtures. “The ability to import a csv with fixtures and their positions so neatly with the MQ500M was nice,“ he said. “The plan view made it very simple.

“Speed was very important to me in this project, so anything that saved me time was important,” continued Endl. “For example, the Fader Modes in my MQ500M made a big difference. I could group intensity masters, or Presets, or ‘Sel Int Masters‘ to be controlled with a fader. Supported with the intuitive Update function it made key lighting very easy and the operation fast during unexpected situations.’

Also helping Endl run things smoothly in his large set was the Magic Remote App for the MQ500M. “This App is an add-on that makes life as designer and operator really easy,” he said. “I could walk around and focus all positions without any help. I was able to update presets or check the values of everything.” 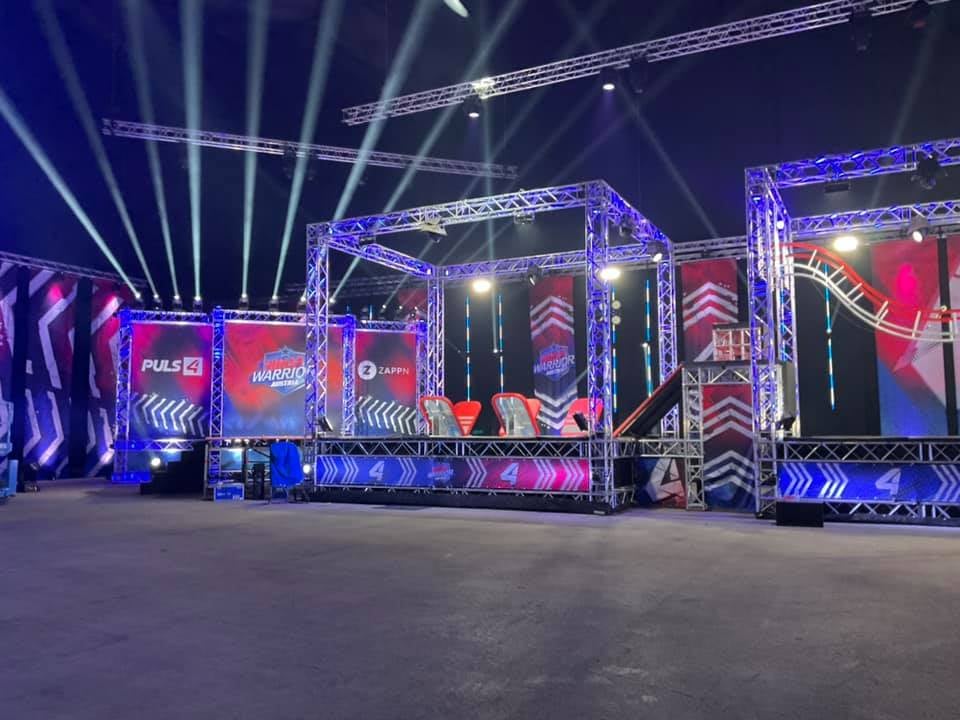 A ChamSys user for three years, Endl was using the MQ500M for the first time at the Ninja Warrior event. Previously, he had used a MQ80 in touring because of its power and compactness, but seven weeks with the MQ500M gave him a new perspective.

“I’ve become a big fan of this console,” he said, noting that it’s “built for handling challenges quickly,” an attribute that made the MQ500M right at home with these Ninja competitors.