A brand-new event is always exciting and especially right now, as parts of the world are re-starting public gatherings with the darkest days of the pandemic hopefully behind! Interest and anticipation for the first SAGA Festival in Romania, a collaboration between two dance world wunderkinds – ALDA Events and Insomniac – was so full on that the site was changed up to a bigger venue on the land of aerospace company Romaero in Bucharest. 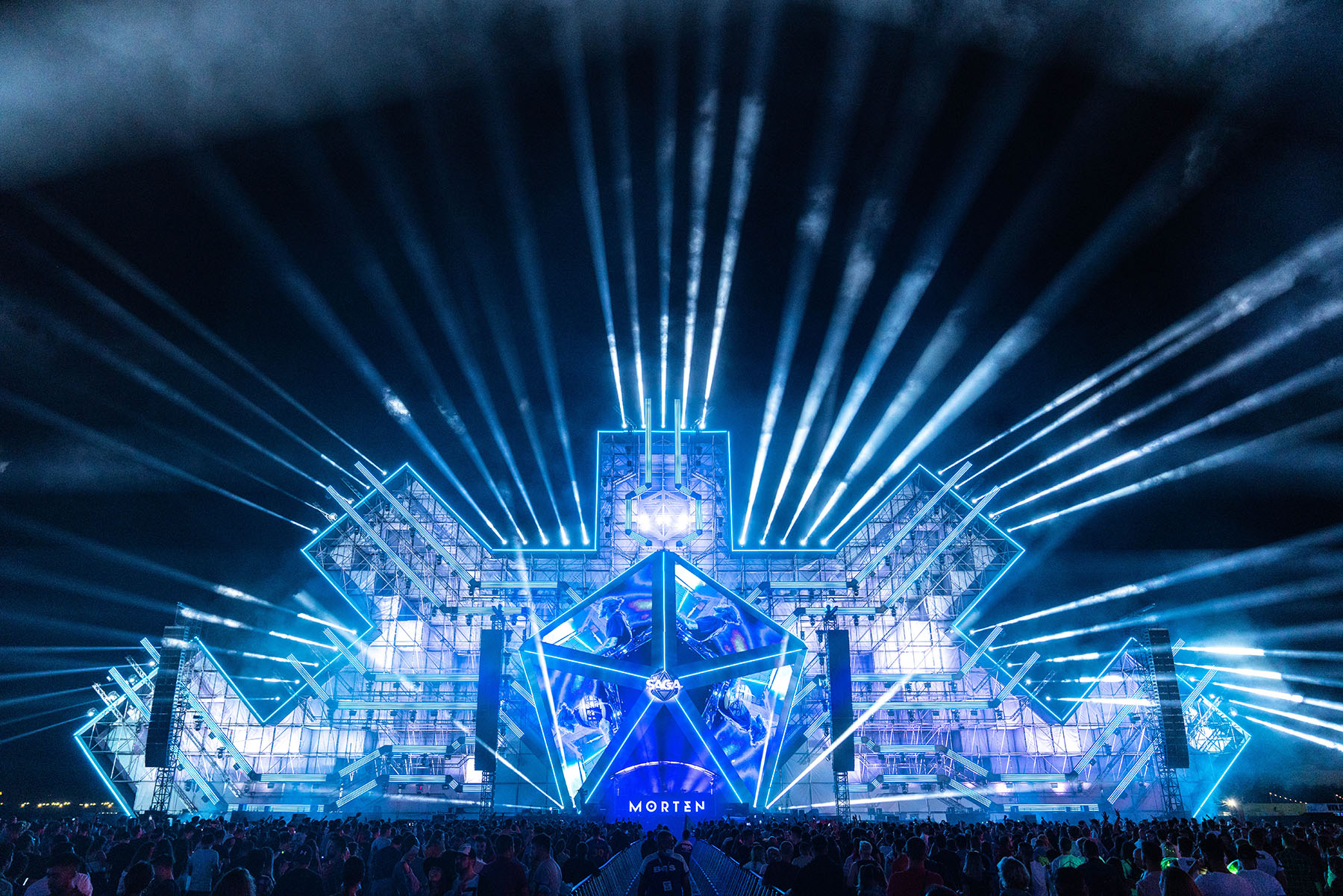 Helping create this unique electronic music festival experience and new chapter in Romanian live event history was Andre Beekmans and his talented team from Netherlands-based design practice, The Art of Light, who specified over 200 Robe moving lights for the largest stage – Source.

Eindhoven-based Andre created the production lighting designs and supplied programmers and operators for Source plus the two other big stages, “Heat” and “Spark”. With some stages in the open air, SAGA also took advantage of a selection of enormous airplane hangars on the site, which is still a fully functional working aircraft repair and service facility.

The narrative for this first SAGA “Take Off Edition” was based on a vibrant blend of Romanian history and culture with dance music themes and a top-level line-up including Don Diablo, Carl Cox, Tiësto, Topic, Allan Walker, Fisher, Sigala and a bunch more ace international and Romanian artists.

As the de facto Main Stage, “Source” was awesomely visual as you’d expect from a leading dance event, with a set imagined by Robin Wulff from ALDA that included the DJ booth integrated into a striking multi-faceted pentagonal scenic orb centrepiece with stylised ‘rays’ … that released energy into the dance / audience space.

Andre matched this with lines of Robe MegaPointes and Pointes along the rays, representing sizzling spikes and energy flows pulsing out into the audience, which consumed 78 x Pointes and 88 x MegaPointes, including MegaPointes rigged along all the outlines of the set. 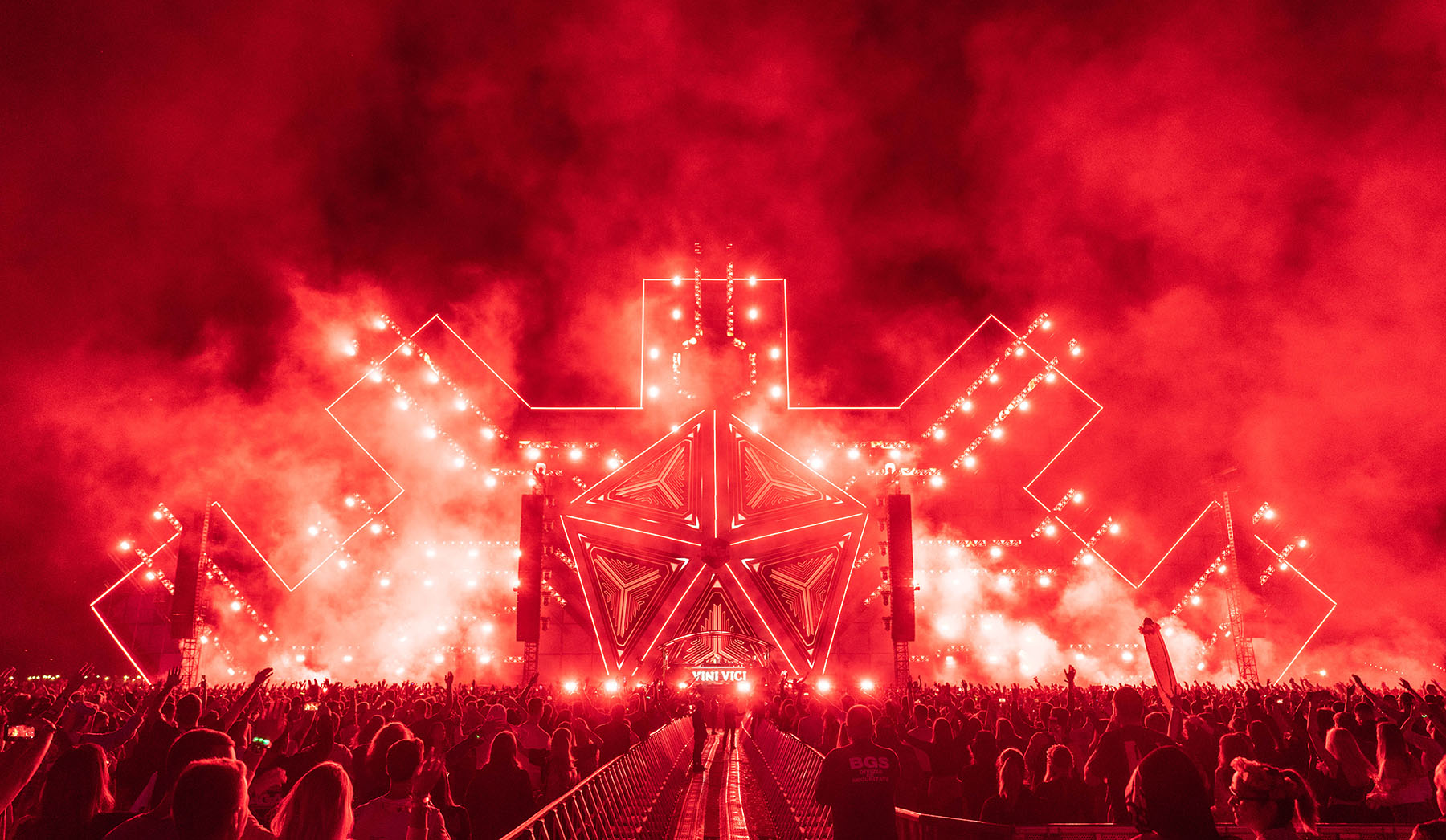 “It was an easy decision,” stated Andre. “I needed fixtures with plenty of power and lots of features and tricks … so Pointes and MegaPointes were perfect!”

The sheer speed at which the fixtures need to work to keep up the pace of lighting EDM style music and programming was also a factor. While he needed highly responsive and fast-moving lights, they also needed to be tough and robust, and both these Robe luminaires are a favourite for this type of design, tried and tested on numerous shows.
Andre, well known for his work with leading dance artists like Armin van Buuren, Afrojack and Hardwell as well as numerous electronic festivals, is a regular Robe specifier.

One of the keys to lighting memorable dance events is specifying large quantities of very dynamic lights so the operator can maintain an intense pace for several hours, constantly offering up different pictures for the audience.

Eight Robe BMFL WashBeams were used for key lights – four positioned on the front of the Orb front lighting the DJ booth just ‘inside’ and four on the two side towers firing across the stage. 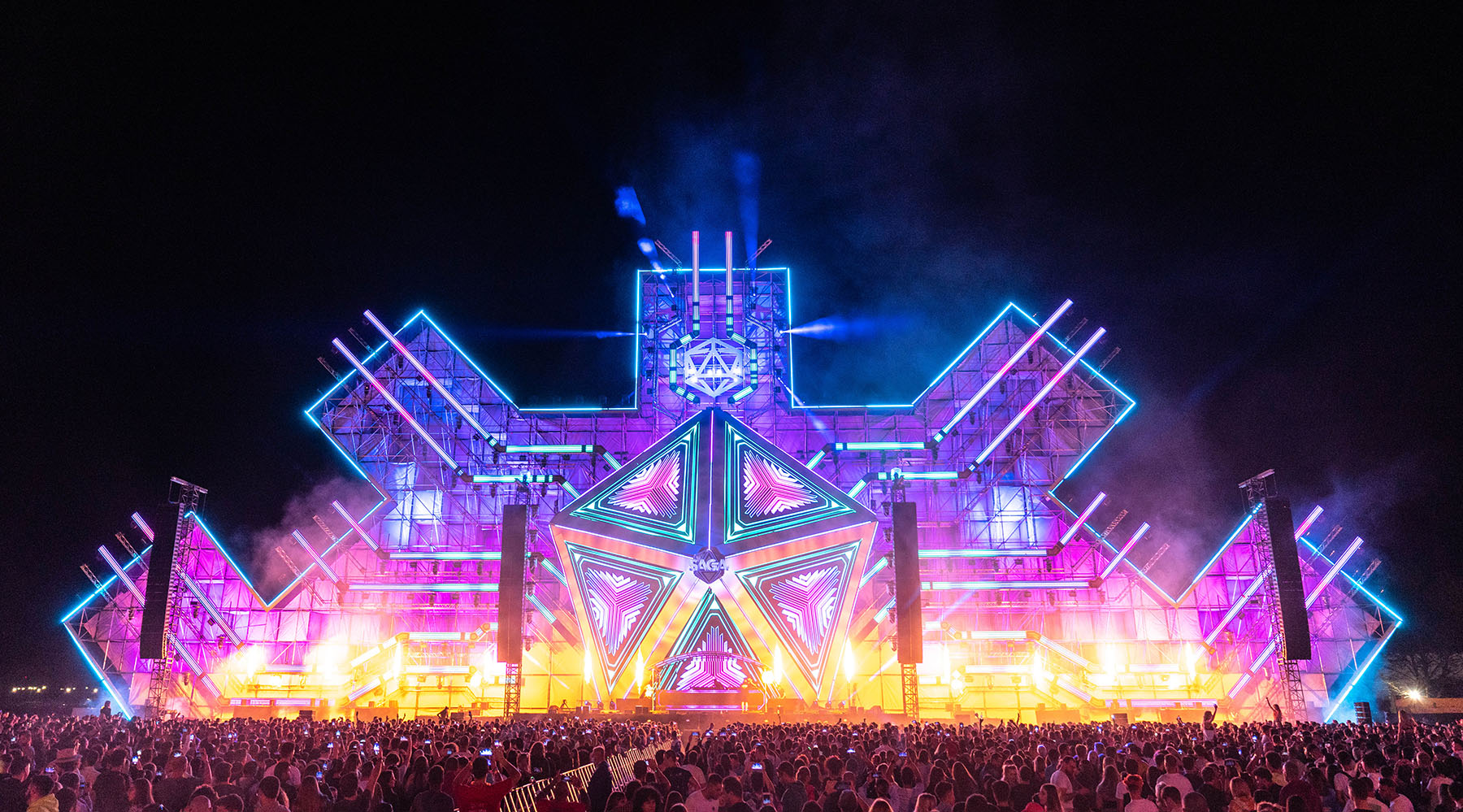 Andre helped programmed the Source stage lighting himself, using a grandMA2 console which was operated for the event by Kasper Isegar.
Area 2, “Heat” – the techno stage – features 12 Spiiders providing back light through the blow-through video wall.

Area 3 “Spark” was built in a U-shaped format – so people could access a balcony behind the DJ for an alternative visual perspective – in one of the aircraft hangers, with another 24 x Pointes assisting the ‘zap’ factor. This stage was originally designed as an outdoor for the previous site, but was changed and adapted very successfully when the venue shifted.

Lighting kit for areas 2, 3 and 4 was supplied by The Purple Group from the Netherlands, which was the event’s lead technical equipment contractor. They are part of Ampco Flashlight, who supplied lighting for the Source main stage under Purple Group’s supervision.

In total 55 trucks of production left the Netherlands for Romania! 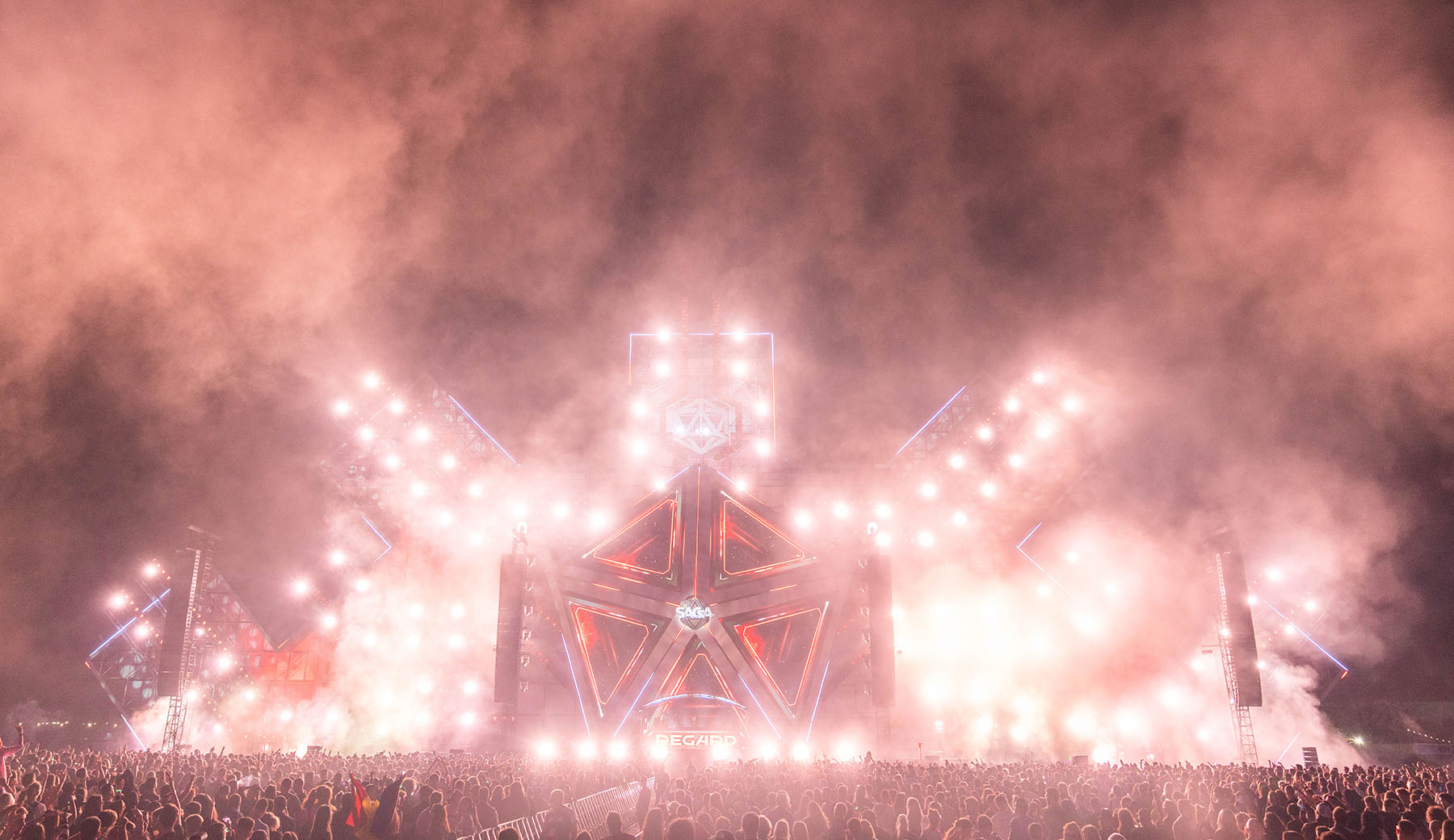 Like everyone, Andre is delighted to see shows and events re-starting across Europe and other places around the world and is looking forward to a busy time for everyone in the months ahead.