“The Masked Singer Brasil,” the latest in the worldwide television franchise of the reality singing competition, just premiered in Brazil on August 10 with Claypaky Sharpy and Mythos 2 fixtures, illuminating the impressive stage at WTC Golden Hall, São Paulo.

“When I was invited by the production company, Endemol Shine Brasil, and the Director, Marcelo Amiky, to work on this project – which is unprecedented in Brazil [for its size and scope] – we needed high-performance, precision equipment, so Claypaky was my main choice for fixtures,” says Alexandre Augusto, the Lighting Designer and Director of Photography.

Inspired by the Fibonacci sequence, the lighting team filled the stage’s entire spiral-patterned ceiling with the “beams and attack speed” of the Sharpys. And they deployed the versatile Mythos 2 “everywhere” they needed a hybrid fixture capable of filling the roles of both spot light and beam light. The result: a dynamically illuminated set every bit as eye-catching as the cast of masked singers. 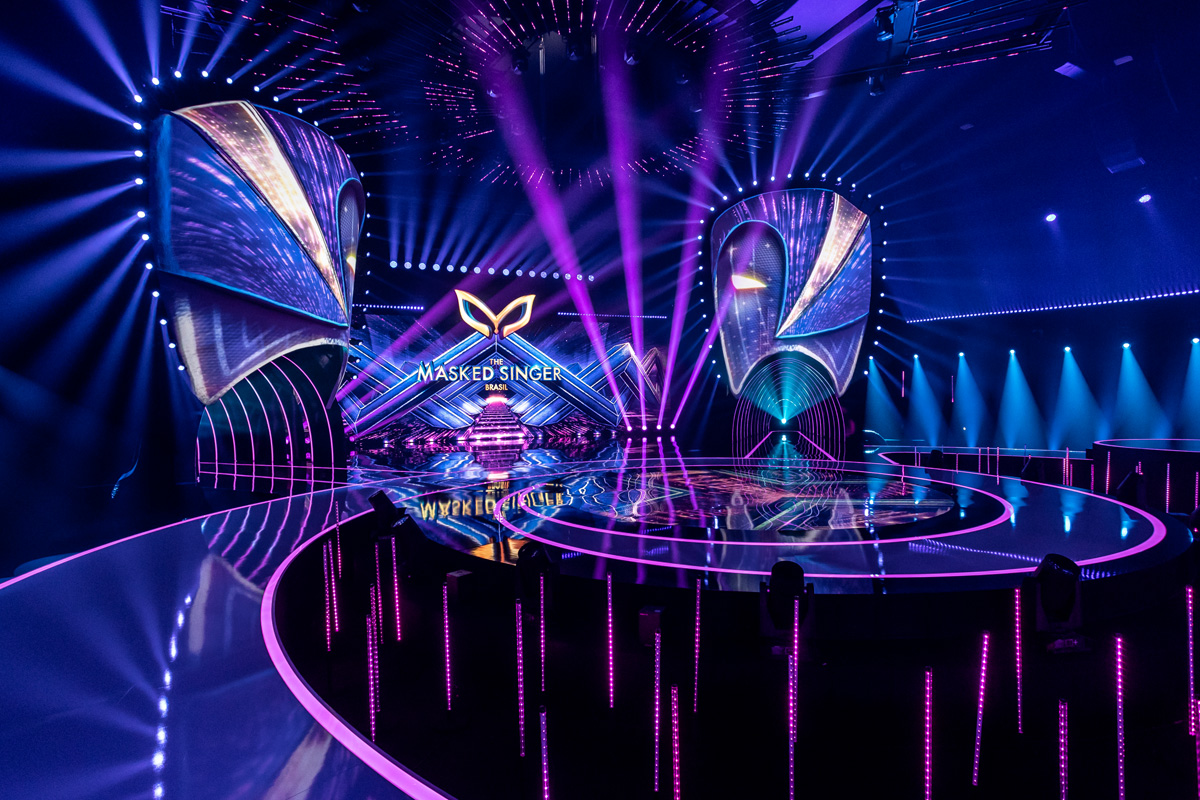 Vinicius Gonçalves Costa is the Lighting Programmer and Operator for the show. HPL Company – Brasil is the exclusive Claypaky distributor in country and Mauricio Brando is Claypaky/ADB’s Regional Sales Manager for Latin America.

Mauricio Brando concluded: “We’re thrilled to have illuminated such a prestigious stage. Latin America loves shows full of great effects, and both the Sharpys and Mythos 2 offer a guaranteed a spectacular show. We’re thankful to Spectrun Design e Iluminação to make this possible!”