Banijay Productions Germany GmbH recently produced a special kind of live two-day sports show on behalf of RTL. LD Arkin Atacan from atacan design, who was responsible for the lighting and media design of the location, based this technically demanding production largely on fixtures from GLP. Around 350 moving heads from the German manufacturer were used for various lighting purposes. 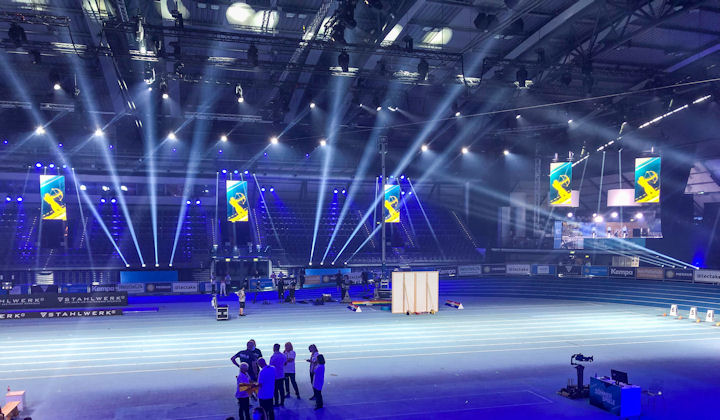 During the two days of the RTL Sommerspiele (RTL Summer Games), 32 celebrities from 15 nations competed against each other in various Olympic disciplines on an area measuring 110 x 60 metres. Since TV sporting events always bring with them special challenges, it was first necessary to find a location in advance that would meet the requirements of the production. Ultimately, the choice fell on the Quarterback Immobilien Arena in Leipzig, which, as a multifunctional hall, met all requirements.

“In addition to adhering to the budget, the most difficult part was the basic lighting design – specifically the balancing act between TV show and sports event,” says Arkin Atacan. “With these types of hybrid event there are some elements of personal lighting that have to be met, such as long camera optics, which in turn require more light, six-fold super slow motion (shutter frequencies / min. 1,000 lux), and a camera cable system for which the camera’s projection field must be kept clear. Only when these requirements have been met can you even think about the look of the show.”

The designer finally created the lighting for the show with 350 GLP fixtures. For the basic light in the large sports area, he used 110 HIGHLANDER Washes, which with their enormous output ensured good, homogeneous illumination of the areas of activity from a great height. 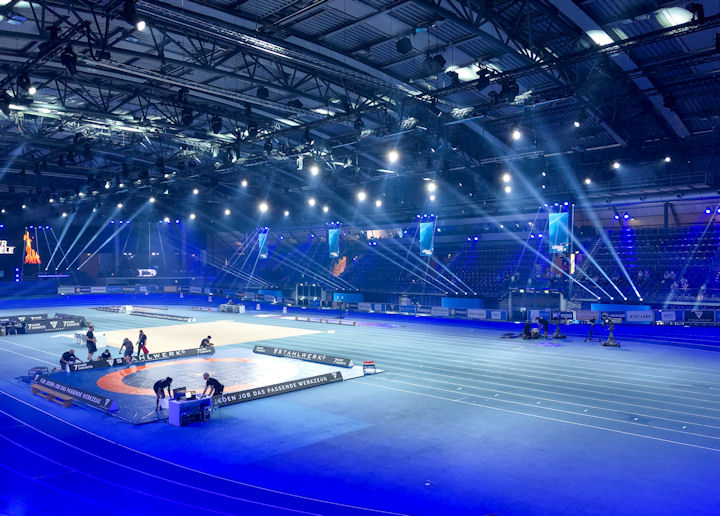 150 GLP impression X4L served as a tried-and-tested audience light. 60 impression X4 Bar 20 were installed in a tunnel during archery and six impression S350 Wash as keylights put the presenters in a camera-compatible light.

In live usage for the first time, Arkin also had 24 of the brand-new FUSION FS16 Z LED battens, which he had previously closely auditioned as part of a product preview. Four FS16 Z battens were installed vertically on top of each other on six towers, all of which were placed in the performance area of the athletes, where they created dynamic show light effects.

The FS16 Z battens have a motorised zoom, between 8° and 40°, and stand out thanks to a new type of halo ring around the front lens. This significantly increases the visibility of the individual pixels in TV applications from all camera angles,and also catches the eye as an independent style element. The fanless design ensures quiet operation and is thus highly relevant in the noise-sensitive TV area.

“First of all, I am very pleased that this batten has an internal zoom,” states Arkin. “Often you have to decide on a certain type of LED batten in the design – either narrow or wide, which determines the look very early on. If you use conventional LED battens as wall-washers, they often throw coloured stripes on the wall for the first 30 centimetres before the colour mix takes effect. The halo ring of the FS16 Z finally eliminates this problem.

“The FS16 Z is really ideal for television productions. I liked it a lot at the RTL Sommerspiele, so I can soon imagine it onThe Masked Singer,” says the designer, looking ahead. 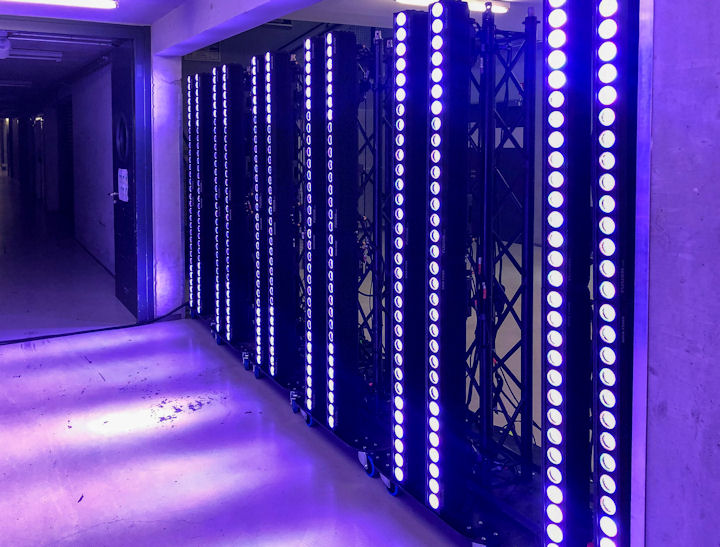 But where does this affinity with GLP come from? Arkin laughs: “When I met [GLP key account manager] Oliver Schwendke, after the third coffee we started to philosophise about what is good about certain devices and where there is still room for improvement. The great thing about GLP is that constructive criticism is taken seriously, and often – where technically possible – also implemented. And then there is the matter of service, which GLP is pursuing in an unprecedented way. If I have questions about existing products on a project – for example how bright the X4 Bar 20 is at 10 metres with a 60% zoom, using only the white LED – it takes less than two days for a technician to send the currently measured values. This cannot be done any better!”