The iconic centrepiece of Roland-Garros, the 15,000-capacity Court Philippe-Chatrier, host to one of the most anticipated events in the tennis calendar and the only Grand Slam tournament to be played on clay, has received a major makeover with the completion of a new retractable roof and night lighting installation. The project also marks a new era of sound for the fabled court, with the installation of an L-Acoustics K Series PA, which was managed by the French Tennis Federation (FFT) with the support of French acoustic and audio consultant, Scenarchie, and installed by leading integration company, SNEF. 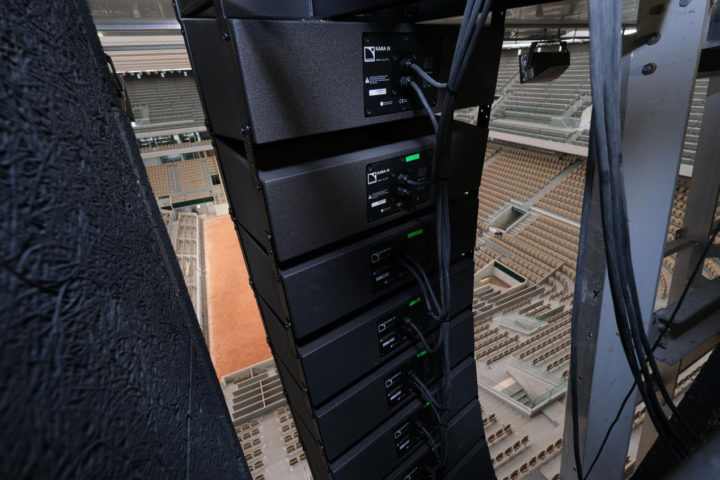 The global renovation programme at Court Philippe-Chatrier was launched three years ago after the court was almost completely rebuilt to accommodate the strengthening required for the retractable roof, which weighs half that of the Eiffel Tower and was finally completed last year. “The next big step for us was to upgrade the audio system, so the action could be heard loud and clear by the audience at this year’s tournament,” says Julien Mauduit, Director of IT and audiovisual project lead at FFT.

A key challenge for the installation of the system was its architectural integration. “We had designed and built two concrete structures that would house the PA. Their size was carefully evaluated due to limitations on height, which meant we also had to find the best compromise between the length of the line source system and audio performance for the audience,” continues Mauduit. “Our second challenge was to choose a system that would work well with the retractable roof, which has a significant impact on the arena’s acoustics overall. We needed it to be highly versatile, providing perfect coverage and crystal-clear audio for both the open and closed roof scenarios.”

After a rigorous evaluation process, which included testing systems by four different loudspeaker manufacturers, L-Acoustics was chosen based on sound quality, build quality and price. 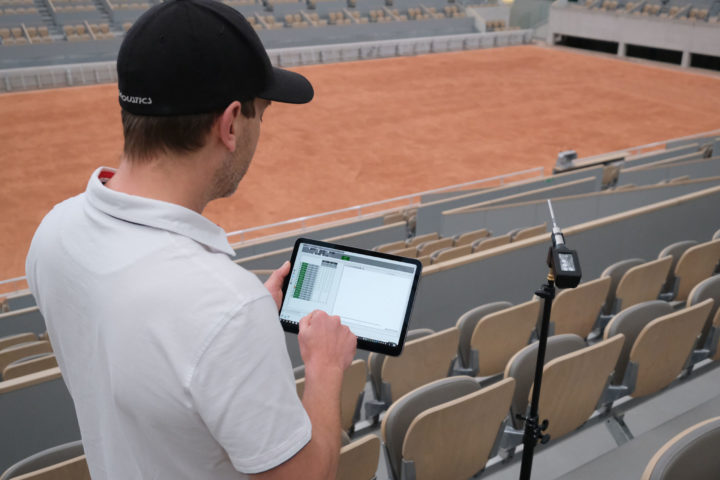 The final system design comprises two main hangs of nine Kara IIi with three KS21 per side, providing coverage for the majority of the court. These are hung in the concrete structures, positioned in the centre of the second tier of seats in the court’s southern tribune. The system is powered by seven LA4X amplified controllers. Thanks to L-Acoustics Panflex technology, coverage from the Kara IIi could be exactly matched to the audience geometry whilst maintaining a solid SPL level at 90m throw. Good intelligibility levels were preserved by limiting the overlap between the two hangs of Kara IIi and the existing PA, which is now used as a voice alarm system.

Overseen by the company’s Rodolphe Roellinger, SNEF completed the installation in the summer of 2020, the new system is offering perfect sound distribution and audio quality.

“The feedback from audiences has been fantastic with people complimenting the sound and saying how clearly they can hear everything,” concudes Mauduit. “On less clement days, we are also able to experience the system with the roof closed, and sound quality isn’t affected in the slightest. Overall, we are very pleased with the installation and the support we received from the Scenarchie and L-Acoustics teams. The Court Philippe-Chatrier is a key venue for tennis competitions on the world stage, and we know that our L-Acoustics system will shine there.”