Every summer since 2004, the world-famous Vienna Philharmonic has presented a large open-air concert in the park at Schönbrunn Palace. And an indispensable part of the staging for some years now has been the impression S350 series from GLP. 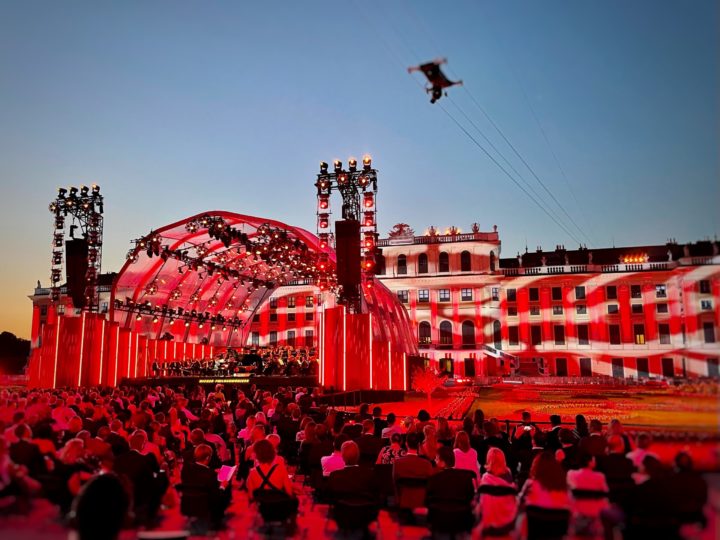 After the concert had to be postponed until the autumn last year due to the pandemic, the Philharmonic and the ORF, the national broadcaster whose television images are broadcast in almost 80 countries worldwide, returned to a June date for 2021. On 18 June, the 18th Summer Night Concert (Sommernachtskonzert), under the musical direction of Daniel Harding, was dedicated to selected pieces of music on the subject of ‘wanderlust’.

As only 3,000 spectators were permitted to attend this year, the ORF television coverage played a particularly important role. With 16 cameras and impressive drone perspectives set up, the ORF strove to bring the global television audience very close to the action.

Jerry Appelt, who was appointed for the fourth consecutive year as lighting designer and DoP, says the concert is a project really close to his heart. “In fact, the Summer Night Concert is one of the highlights of the year in my calendar,” he states. “It’s a project I look forward to far in advance. Everything just fits here – the cooperation with the organisers, the ORF and the Philharmonic is excellent and characterised by great trust. We are all incredibly happy and grateful that we can continue the tradition in the second year of the pandemic. Despite operating with a significantly reduced audience, it could still be seen on television by millions of people.” 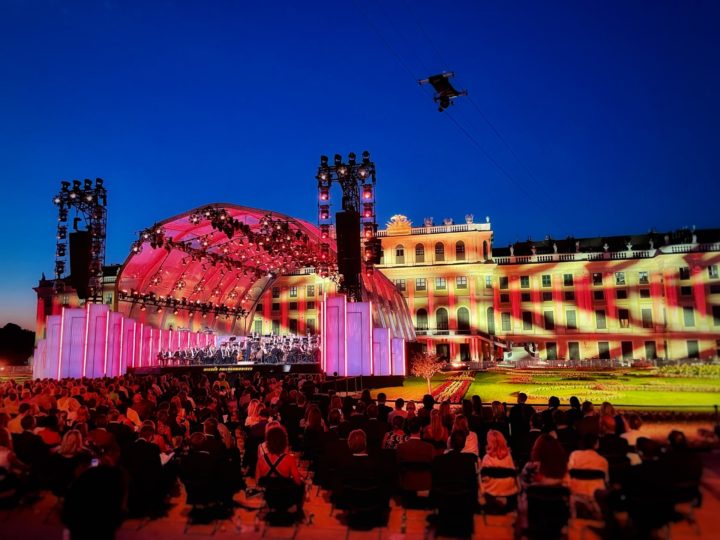 The lighting of this event is nothing less than demanding – after all, it’s not just about lighting the orchestra in a way that is suitable for cameras. The castle façade itself and the huge castle park need to be illuminated up to the Neptune Fountain and integrated into the show. Thetriumphal arch of the Gloriette, situated about 2km away, is the icing on the cake of the design.

When it comes to the stage lighting, Appelt no longer has need to experiment. For a number of years now, large numbers of GLP impression S350 Wash and Spot lights have placed the orchestra in the right – and above all,camera-compatible – light.

By deploying 71 impression S350 Wash, the designer was effortlessly able to meet the high demands of the TV crew for white light on stage: “I learned to appreciate the S350 a long time ago and now I use it again and again. Both models–the Spot and Wash–are modern, flexible solutions for all areas that would previously have been covered with Fresnel lenses and profile spotlights. Thanks to the high CRI of +90, the ORF is always enthusiastic about the image technology. For me, there is no question of using alternative solutionsat present.” 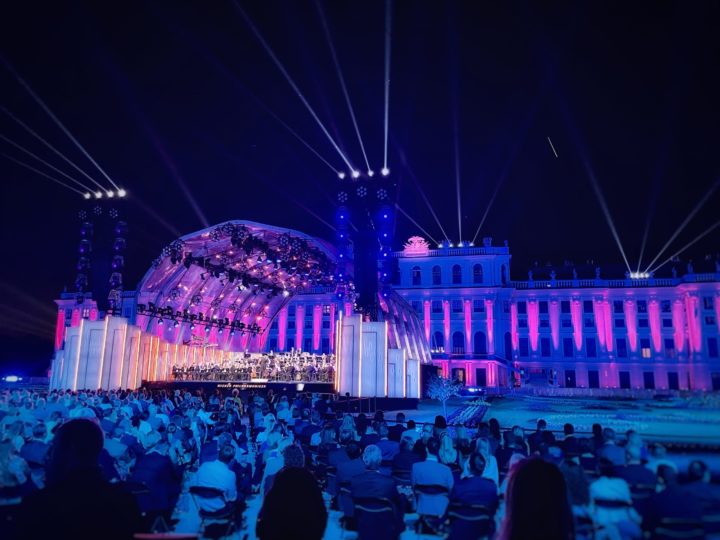 On the stage and around the Castle façade, 115 impression X4 L, 16 Highlander Wash and FUSION FP7 Par spotlights were also used.

As an alternative to the impression X4 atom, which he has used previously, the designer turned to 52 GLP impression FR1s for the first time this year. He used this to focus in the direction of the camera and partially for decorative lighting. “I have recently been using the FR1 more and more. Not only are they very compact and discreet, they also deliver very good, variable white light and convincing colours,” concludes Appelt. “This ensures creative freedom, which I particularly welcome at traditional events such as the Summer Night Concert.”