The Monumental Tour is a brilliant and innovative visual and musical concept initiated by DJ and music producer Michael Canitrot and visual activists AV-Extended in conjunction with French cooperative bank Credit Mutuel … which encompasses unique streamed electronic music performances and collaborations with epic, iconic and outstanding monumental sites all around France. 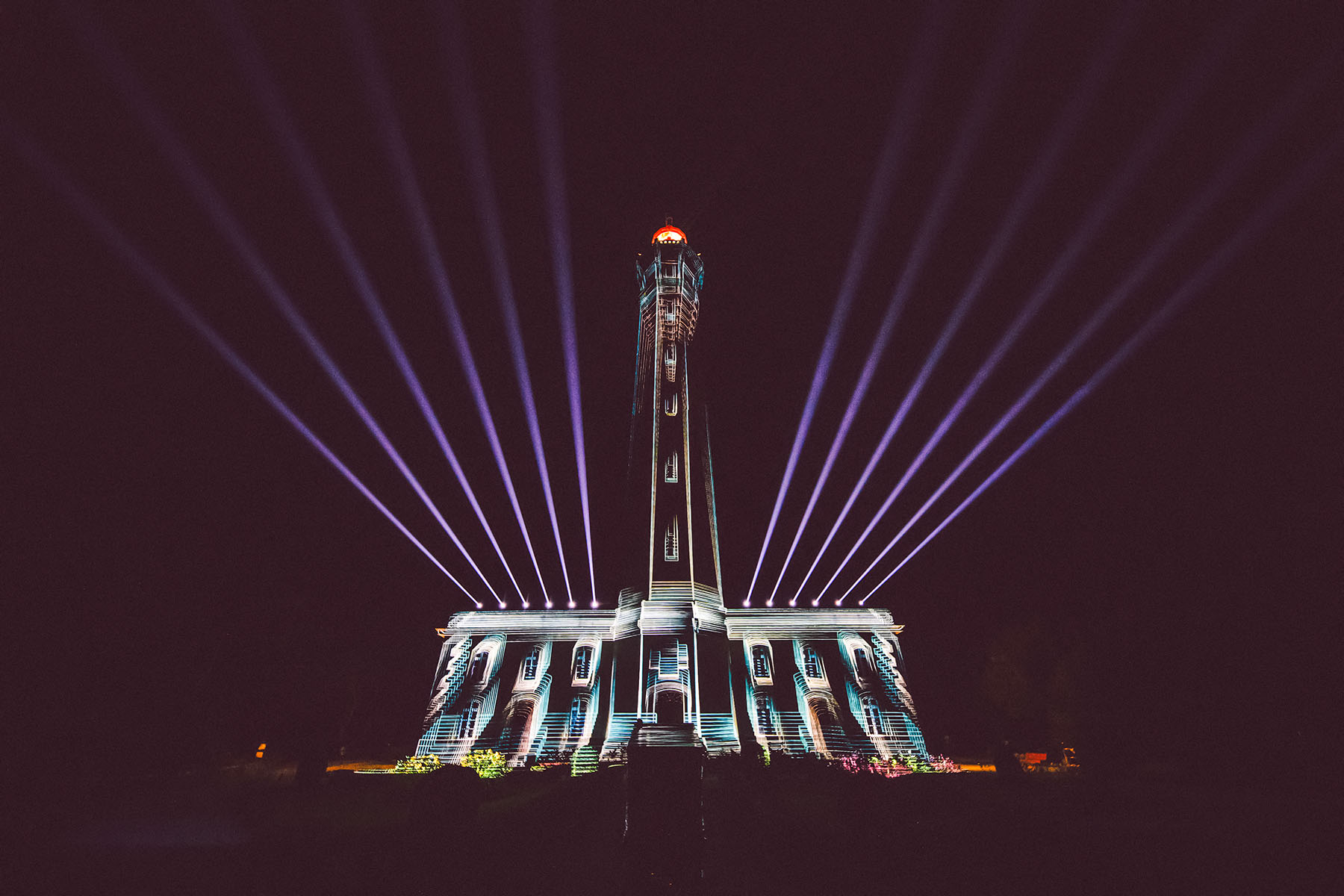 Lighting designer Cédric Davignon of Bordeaux-based creative practice Electron Libre Design was delighted to design lighting for the first digital gig of the tour, staged at the impressive Phare des Baleines (Lighthouse of the Whales) on the Ile de Ré, which is off the west coast of Francenear La Rochelle.

Cédric chose to work with 10 x Robe Spiiders and 13 x MegaPointe moving lights to create his lighting design which complemented stunning large-format projections beamed onto the newer of the two Ile de Ré lighthouses, transforming its octagonal tower and base building below into a magical kinetic canvas for the performance.

The intriguing 57-metre-high lighthouse building was designed by architect Léonce Reynaud and started operating in 1854.

It stands nearby to the original 29-metre-high lighthouse – which dates to 1682 and has the same name – and is directly on the Ile de Ré’s Atlantic facing beach. The old lighthouse has been restored and now operates as a museum, and both lighthouses are heritage listed monuments that provided a stunning backdrop for the concert.

Cédric elucidates that the goal with lighting was “very much to support” the video mapping and reinforcement of the music and video.

He wanted to add more depth to the overall picture and energise the interior of the lighthouse making it“come alive” with the help of the Spiiders which were located on the ground in front of the building. 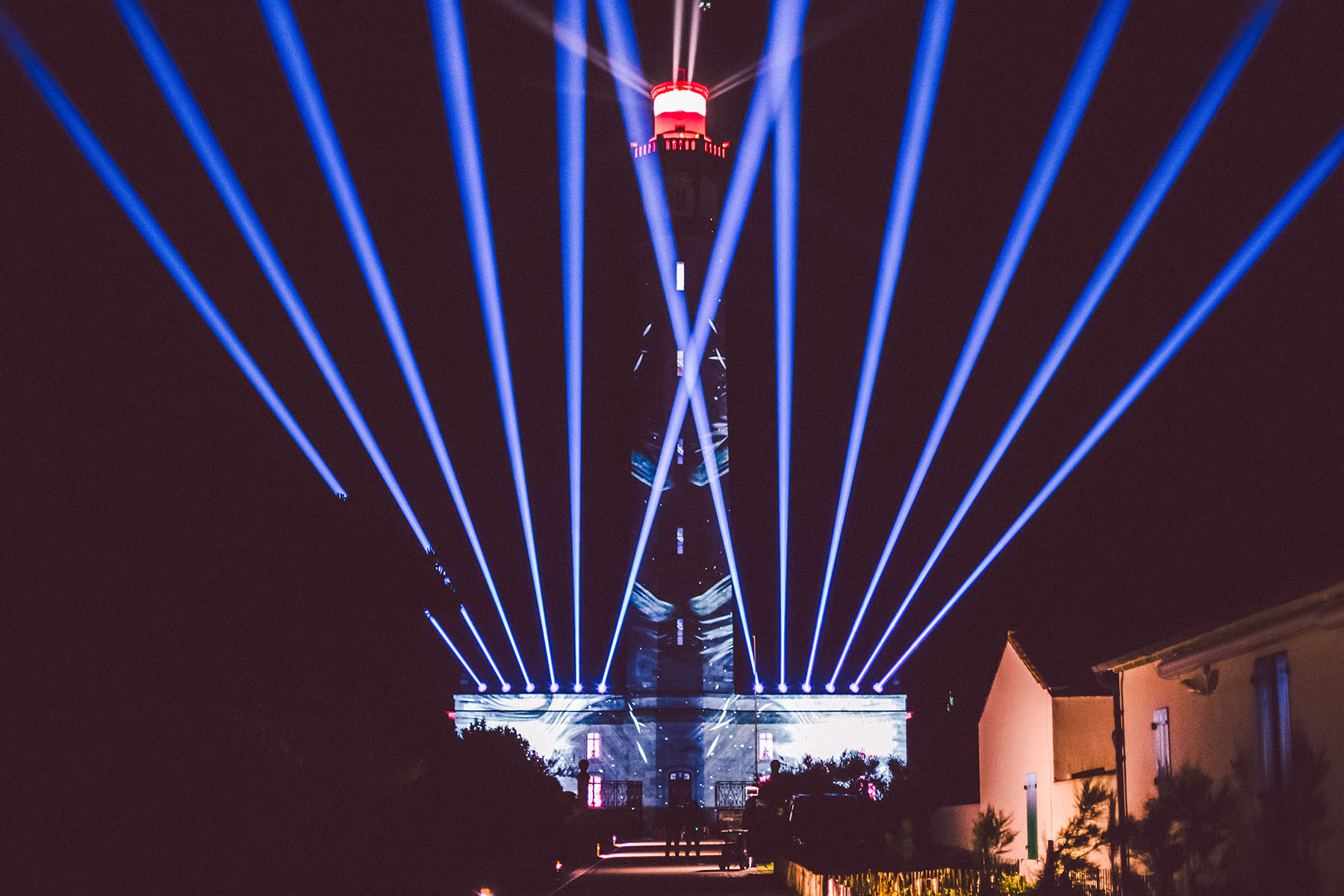 Working closely with the impressive content produced by Jeremie Bellot and the AV-Extended crew, Cédric utilized the Spiider’s Flower Effect to create‘panning’ effects that picked up and accented the movement of the projected visuals. “Running the fixtures in mode 6 enabledsome great undulating ring and propeller shapes,” he explained.

With 12 positioned – 6 a side – on the roof of the lighthouse base building, they punched spectacularly through the night sky.”It’s one of the few fixtures that’s so bright you can see the beams clearly without any fog,” he commented, adding that while the mist from the sea spray provided some natural atmospheric enhancement on the evening of the event,this was in no way guaranteed!

The thirteenth MegaPointe was deployed on the ground aligned with the geometric centre of the lighthouse a few meters away from the building. Itshot directly up the tower illuminating the 6 centrally positioned windows that grace the elegant mast.

Cédric also created other interesting MegaPointe effects utilizing the multi-faceted prisms and the gobo beam reducer to maximize the volume of the light.

This helped highlight the massive light source at the top, visible from up to 50 kilometres out to sea, andpinpointed the DJ booth that was positioned on the balcony around the top of the tower, from which Michael Canitrot mixed his pumping and ephemeral set.

Cédric programmed and ran the lighting using a grandMA2 console,and the event’s lighting equipment was supplied by Groupe AES with video delivered by the Bordeaux branch of event technology specialist, Léni.

This heady mix of electronic music, history and architecture was broadcast on the Monumental Tour website and several other platforms including Robe France’s Facebook page. The tour and the concerts are designed to raise awareness of the importance of preserving heritage through entertainment, live music, and art. 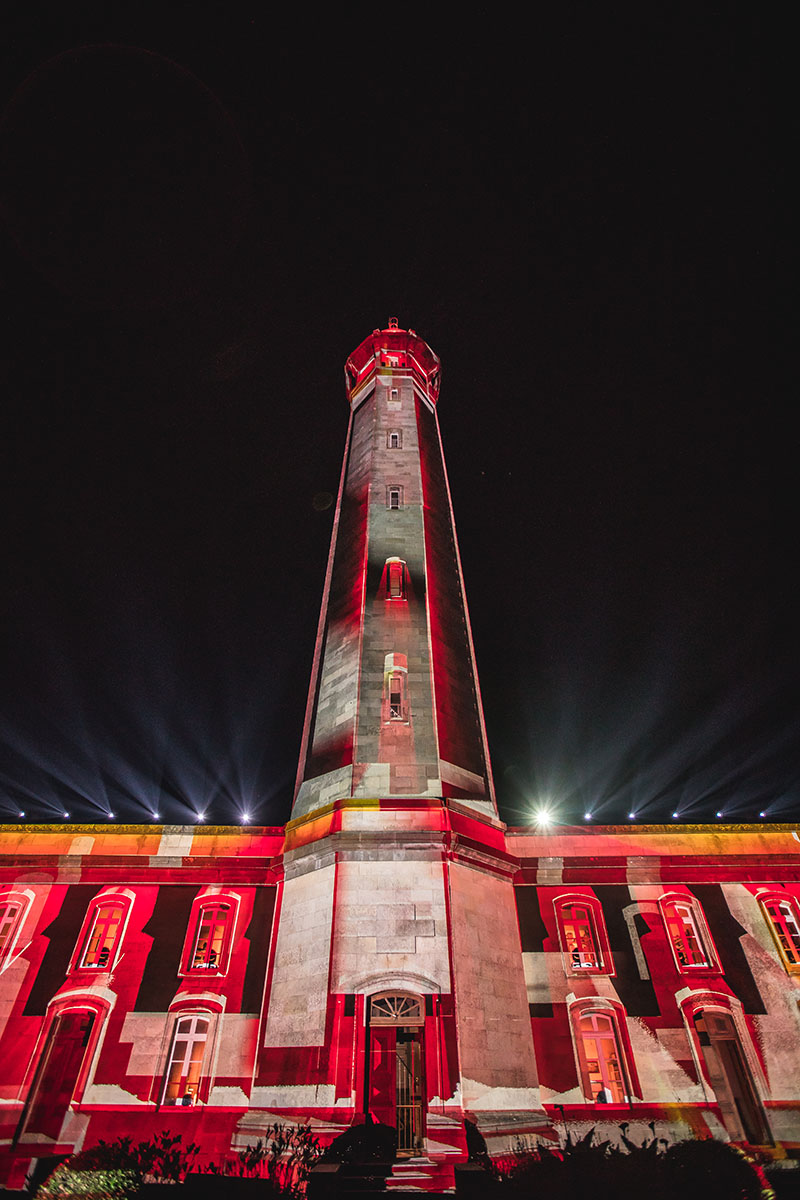 Four more equally engaging and special Monumental Tour digital concerts are planned over the next three months, all in three equally impressive sites,with the next stop being Mont-Saint-Michel!

Photos: By Wozniak and Dimworks