Streamed performances have become a routine way of taking the performing arts to audiences on a scale that nobody could have anticipated just 18 months ago. After difficulties with the technical sound production of Opera Wrocławska’s first streamed production, a Yamaha RIVAGE PM7 digital mixing system has changed everything for its audio department. 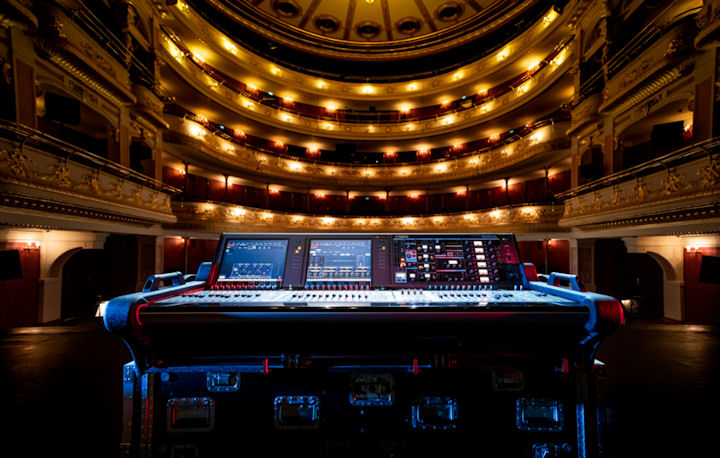 Streaming has offered a vital lifeline for the arts during the pandemic, but there has been the question of whether larger scale productions like orchestral concerts and major theatrical shows can stream their performances with the necessary artistic effect? An essential part of achieving this is, of course, how the production sounds.

In 2020, Poland’s Opera Wrocławska embraced live streaming, but it was presented with two key problems: Firstly, of 300 staff, the venue’s sound department comprised just three people – Grzegorz Bieńko, Sebastian Jarus and Jakub Krzysiek – who had no experience of streaming productions. Secondly, the mixing capacity was three Yamaha DM2000 mixing consoles, which were not ideal for adapting to streamed shows.

“The DM2000 is still a great audio consoles for theatrical usebut, due to its ageand facilities, it was difficult for us to deliver the best quality for a live stream,” says Grzegorz.

Undaunted, when tasked with directing the sound for Opera Wrocławska’s first streamed live concert – an orchestral version of Stanisław Moniuszko’s opera Strasznydwór (The Haunted Manor) – Grzegorz, Sebastian and Jakub rose to the challenge.

Mixing opera is always challenge, with the orchestra, choir and soloists being brought together to create one coherent performance. But, as well as the limited technical facilities, every musician and vocalist had to maintain physical distancing of at least one metre from each other. To make things even more difficult, the production was arranged in a 360º circle. Unwanted spill from different sections into the microphones of the others was clearly going to be one of the technical obstacles.

Grzegorz, Sebastian and Jakub filled the six expansion slots of each DM2000 with Yamaha mini-YGDAI cards, which allowed them to network the consoles via Dante, routing the signals to the opera house’s studio where the live mix took place. The basic feed for the live mix comprised more than 100 channels.

The Haunted Manor proved a great success for Opera Wrocław, but it was obvious that improvements were needed, to simplify the audio setup and deliver better quality sound to the online audience.

Wrocław-based PogoArt has worked with the opera house on many productions, especially large-scale outdoor events, and so was happy to supply a Yamaha RIVAGE PM7 digital mixing system. Starting with a production of Puccini’s La Bohème, the sound team immediately noticed a huge technological advance.

“They had worked with Yamaha CL and QL series consoles many times, but the RIVAGE PM7’s ease of use, ergonomics, technical facilities and sound quality surprised them,” says PogoArt owner SlawekPogorzala. “96kHz sound, the saturation of individual channels at preamp level and exceptional reverb processing, much more extensive grouping and flexibility of sends (for example a single channel to the Matrix bus) were just the beginning.”

He continues, “Tools like the dynamic EQ andthe Rupert Neve Designs plug-inshavelet the audio team precisely refine the sound heard by the audience, while maintaining the naturally complex dynamics. Even the very fast jumps sung by the female soloists, which had always been a problem for the DM2000s, are handled easily by RIVAGE PM7.” 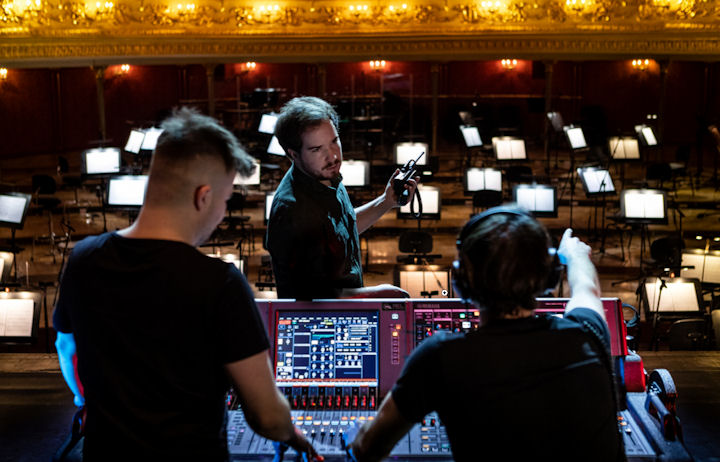 Two more features which have made a huge difference to the audio team are the ability of the system to handle straightforward parallel, multi-track recordingfor streaming and how it handles virtual soundchecks. They have been able to spend more time working on the sound and, when rehearsals with the performers take place, use that time to really finesse the audio production.

“Considering the technical challenges, the audio team delivered a remarkable production of The Haunted Manor with the three Yamaha DM2000s. But, in comparison, what the RIVAGE PM7 system delivered has been absolutely fantastic,” says Slawek. “It has brought a coherent, precise, nuanced quality to the sound, which truly brings the audio quality of the Opera Wrocławska house to online audiences.

“Opera Wrocławska has a new star quartet – the three members of the sound team and the Yamaha RIVAGE PM7!”