Cameron Birchill has been designing lighting for metalcore rockers Beartooth since 2018 and recently turned to an Elation rig of DARTZ 360™, Artiste Picasso™ and Protron 3K Color™ luminaires for the band’s The Journey Below Livestream, where fans got their first chance to seeand hear the band performing songs from their latest album Below. The livestream took place July 14th at the Clyde Theatre in Ft. Wayne, Indiana, a beautiful and historic building that recently underwent a $9 million renovation, transforming the historic venue into a state-of-the-art performance hall and event center. 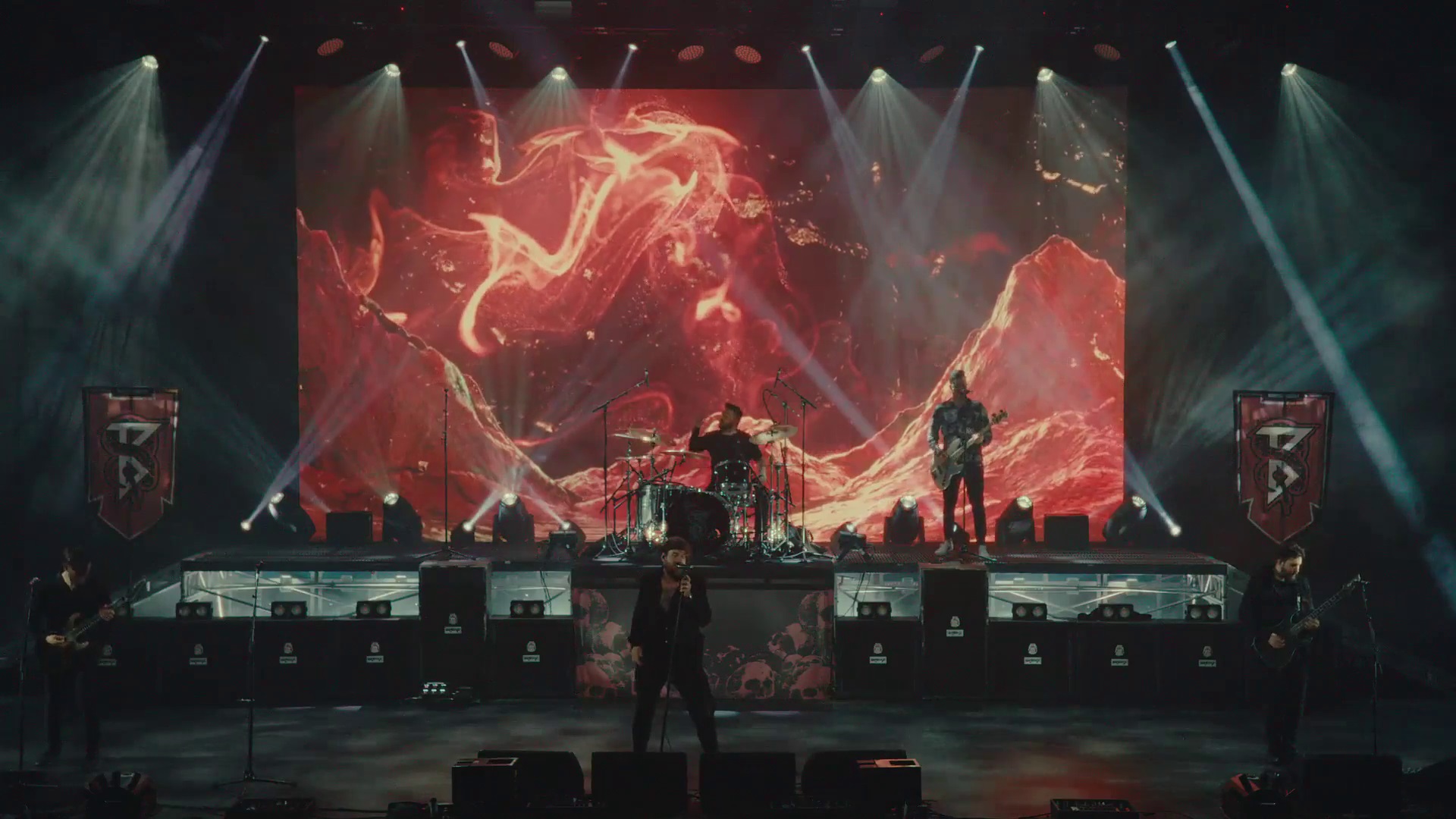 Squeek Lights
Their first livestream event, the band gave Birchill a blank canvas to design the type of show he thought would look best for an on-camera audience. The LD subsequently contacted New York-based rental company Squeek Lights and owner Victor Zeiser, who has worked with the band for years, including as lighting designer for a headlining 2018 tour. Not only does Zeiser know the band well, Squeek Lights have been supplying lighting for numerous livestream events over the past year and know how to effectively light an event for camera.

Birchillhas lit numerous live events for the band butwithless experience lighting for broadcast,he tapped into Zeiser’s knowledge and experience for the Beartooth event. “I wanted to center the design around one brand and Victor helped with fixture choice,”stated Birchill, who credits Zeiser for helping him transition from on-the-road lighting work into design. “Because this was for video, it differed from a typical live show rig so I bounced design ideas off of him and his team at Squeek. They helped me make the adjustment from live show to livestream with things like LED refresh rates, color temperature, etc. so that it all looked good for the camera.” 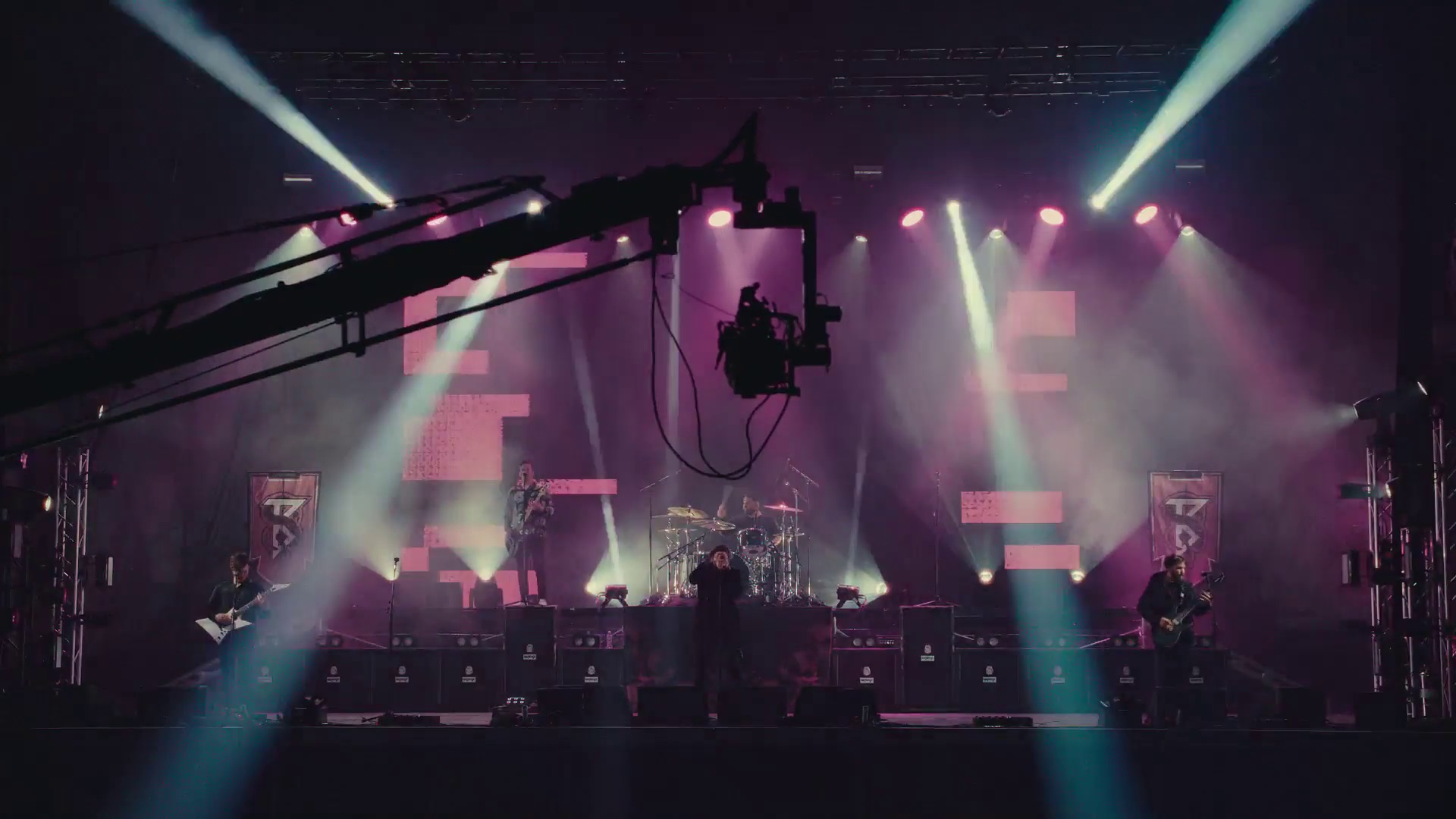 DARTZ, Picasso and Protron
Birchill, who also serves as lighting director and touring manager for the band, says he first envisions what each song will look like toget an idea of what type of fixture would work best. After going through Squeek’s inventory to see what effects fit best, he landed on the DARTZ beam light, Picasso profile moving head and Protron strobe fixtures, incorporating 20, 24 and 12 respectivelyacross an upstage, midstage and FOH truss as well as on sidelight towers.

Zeiser had used the narrow beam DARTZ on Beartooth’s 2018 tour and they have been a staple of Beartooth designs ever since. The first time Birchill used them he says he didn’t want to use any other beam fixture because of its versatility. “The prism effect, the endless pan and tilt…there are so many cool effects you can get out of them. They are just a lot of fun to design with,” he says.

It was the designer’s first experience with the Artiste Picasso, Elation’s full-featured 23,000-lumen LED profile, and he says he was “100% happy” with them. “The animation wheel is my favorite part of the fixture. I made some nice water effects across the band on the livestream and it looked great. The power was also excellent. We’ll be touring in venues the size of House of Blues and I’m confident with them in those size venues.” The designer also placed Protron 3K Color strobes under 4-ft risers to color the band from beneath with more DARTZ and Picassos working from behind the risers. 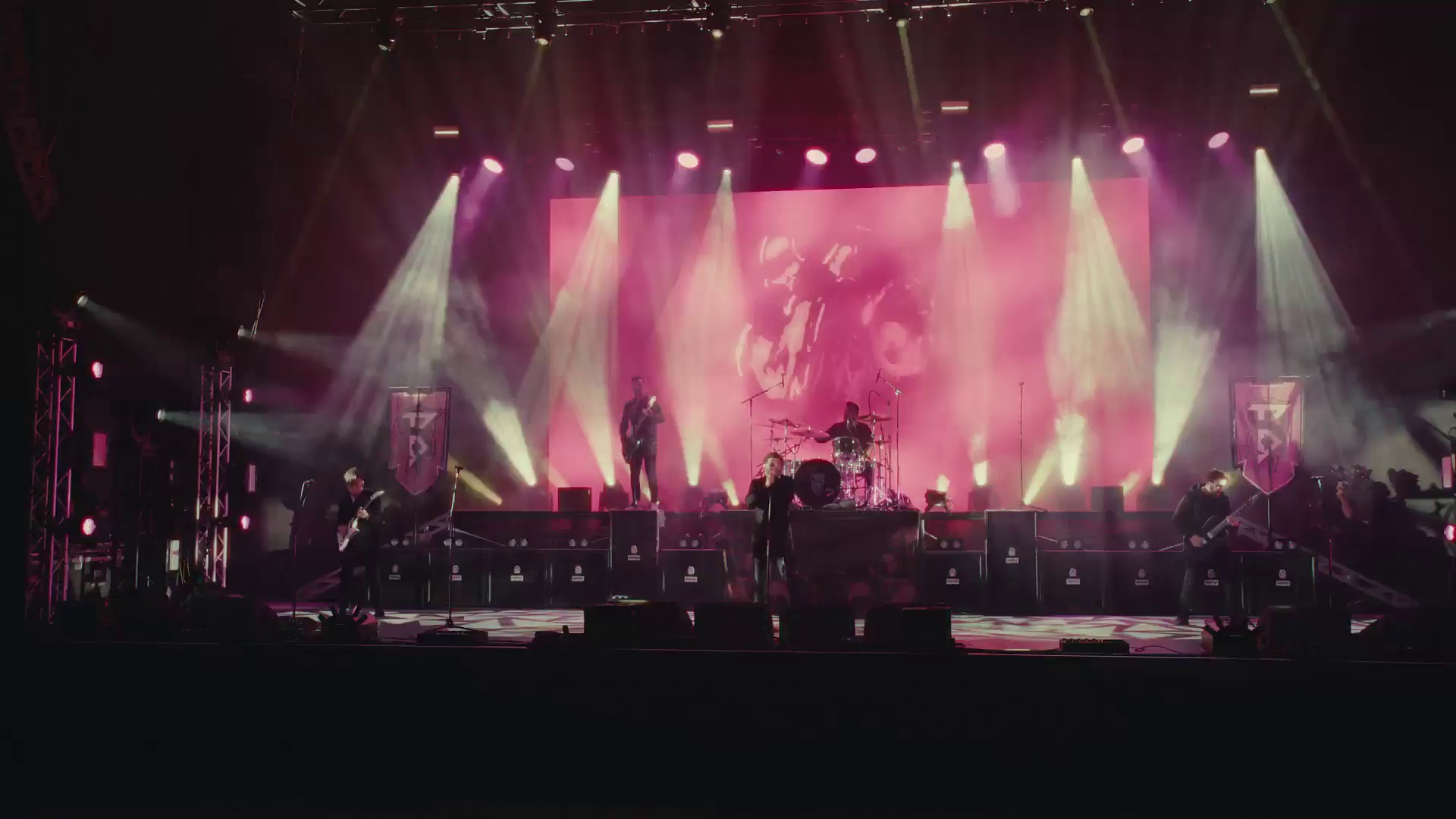 The color purple
Beartooth is a band with a passionate message that they deliver with an aggressive style of music but there are also more subtle and melodicmoments in each show, points that allowed the designer to delve deeper into a fixture’s feature and color set such as slow-rotation gobo looks or creating the right shade of purple. Birchill comments: “The color purple plays an important role as the theme on the band’s new album graphics. I incorporated it in some way on every song of the livestream as an accent or something more so that we were staying on brand. The combination of fixtures worked really well and the color match was perfect.”

Theatrical and energetic
The setup and design suggested an on-the-road show but was one that worked well for broadcast with the designer effectively filling the space for the camera with beams and texture. Birchill’s impactful design covered the broad extreme of mood and tempo andcaptured the emotion in each song.“I wanted to make it theatrical but at the same time energetic and beamy to accent all the songs in layered looks,” he said. In one of his favorite looks, a moment in the song The Last Riff, a heavy instrumental piece at the end of the livestream, he projected two DARTZ onto lead singer Caleb Shomo before fanning them out. “For me, it was my moment to have both subtle effects and at the same time a big look. Also, on the song Disease, an emotional song for the band, I tried to fit the mood with some nice gobos effects and shades of white.”

Following rehearsals at the Clyde Theatre, the band kicked off a 6-week US tour on August 14that the House of Blues in Las Vegas. The outing plays mid-sized venues and features a similar design to The Journey Below livestream, including lighting effects from DARTZ 360, Artiste Picasso and Protron 3K Color fixtures.