The city of Ashdod, one of Israel’s largest international cruise and cargo ports and southern Israel’s only outlet to the Mediterranean, through which much of the country’s citrus crop is exported, hosts a number of industries and a petrol refinery, but excavations have traced this vibrant city’s roots back to the 17th century BC. 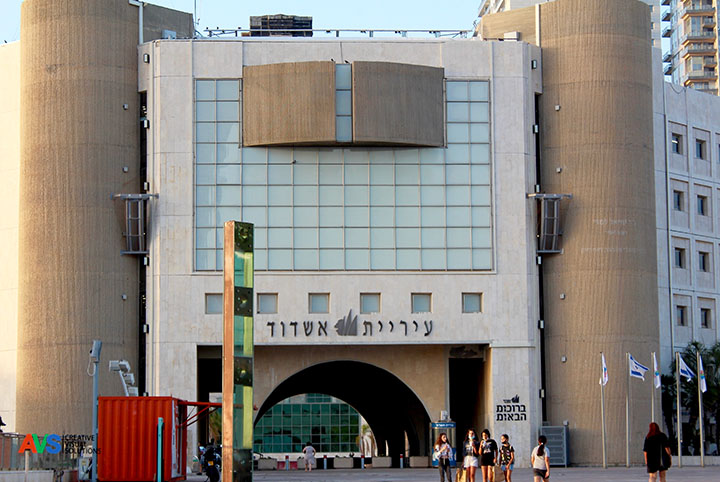 “It was for crystal-clear powerful sound covering large areas from loudspeakers which had to be weather-proof, as all five installations are outdoors. I therefore immediately suggested Outline STADIA speakers to the audio consultant, as each Stadia 100 is actually four line array elements in one box, specifically designed for this type of application, thanks also to unbeatable weather resistance.” 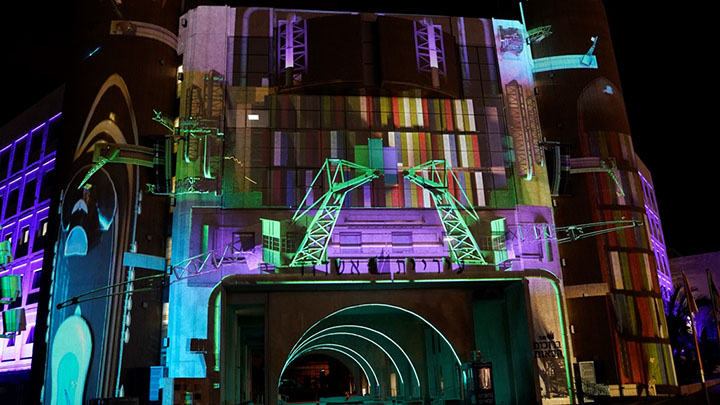 For the projection mapping on the facade of the Ashdod municipality building, six STADIA 100 and six custom weather-proof DBS 18-2 subwoofers are installed, as well as six OutSIDE-coated VEGAS 12 CX as surround speakers.

The city’s Art Museum is a high impact glass-roofed pyramid hosting contemporary Israeli and international art in its numerous galleries and halls, including the Green Submarine gallery, dedicated to works of environmental art made from recycled materials. In the Museum’s entrance area, four STADIA 28, three STSUB-215 and six VEGAS 8 CX surround loudspeakers are deployed. 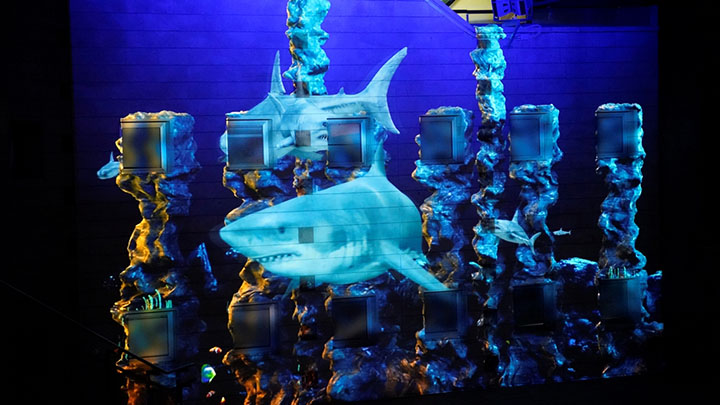 At Sea Fort, which hosts video projections on the remains of a Roman fortress located on the Mediterranean coast, with a spectacular 12-minute video narrating the story of Ashdod from ancient times, the soundtrack is fed out by four of Outline’s ARENA 215 CX, two STSUB-215 and four OutSIDE-coated VEGAS 12 CX on surround chores.

Outline’s unique OutSIDE weather-proof three-layer elastoplastic coating material ensures IP55 protection, resulting in systems that are impervious to weather conditions and therefore the ideal choice for this type of application.

As well as this fundamental aspect, premium audio quality was also obviously indispensable and on this matter Gidron concludes, enthusing, “When my technical support specialist Nadav Yarkoni visited all five locations for the audio routing and fine tuning audio he said all five had great sound quality and consultant Amir Etkin also said he too was very happy with the Outline systems’ sound quality!”