After a year of extreme uncertainty and flux, New Zealand put on a show with one of the country’s biggest outdoor summer music festivals, Electric Avenue, supported by powerful dynamic sound from d&b audiotechnik. 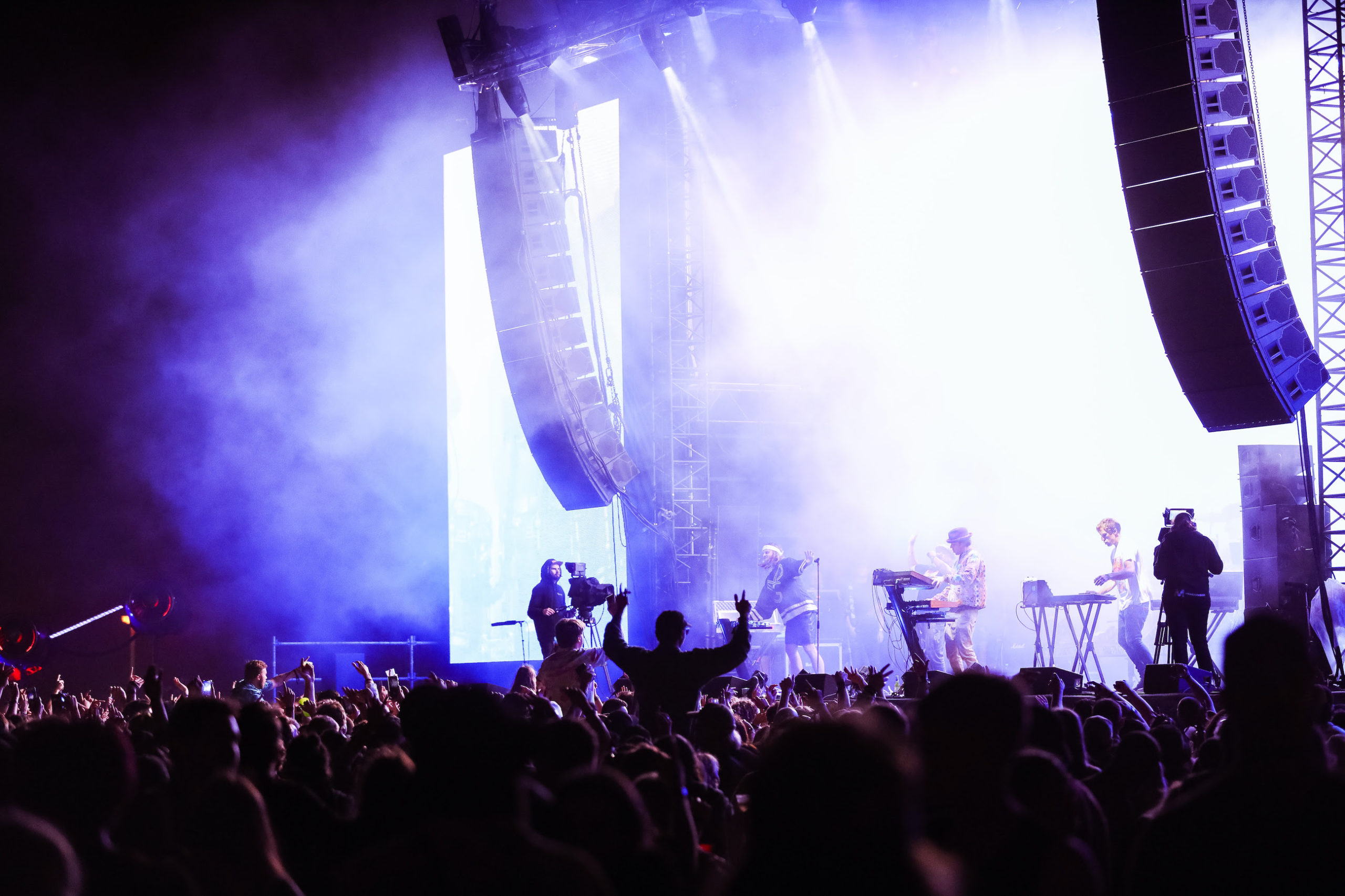 The Electric Avenue Festival is Christchurch’s biggest outdoor summer music festival, with this year’s event drawing record crowds of 25,000. The festival relied heavily on local talent, with more than 35 Kiwi artists including Benee, Fat Freddy’s Drop and Tiki Taane performing across multiple stages in Hagley Park, Christchurch. With COVID-19 under control in New Zealand and no limitations of mass gatherings or social distancing requirements, the festival recorded its highest attendance numbers, with an additional 3,000-4,000 people signing up to the waitlist for tickets.

For these huge crowd numbers, it was imperative that the sound live up to the expectations around the festival. Western Audio, the audio supplier for the Park Stage, recommended the SL-Series (KSL and GSL) from d&b audiotechnik to provide the stage with powerful, dynamic and flexible sound. To ensure the same remarkable quality of sound was delivered to every member of the audience the crew relied heavily on d&b’s line array optimization software function, ArrayProcessing, and noise prediction software, NoizCalc.

Electric Avenue presented the team at Western Audio with multiple audio challenges seeing as how it is a multi-stage festival held in the middle of the city of Christchurch, New Zealand.

“To enable the festival to go ahead, strict council noise limits needed to be met,” explained Richard McMenamin, Director, Western Audio Engineering. “ArrayProcessing and NoizCalc were vital in the planning stages of the event to model and mitigate any noise issues before they were encountered. GSL and KSL were chosen for the Park Stage due to their superb sound quality and their excellent pattern control.”

The KSL and GSL systems are part of the d&b SL-Series and bring to market full range broadband directivity, extended LF response and advanced rigging options in an accessible size and performance package. All SL-Series loudspeakers are constructed using a 2-way active design.

Artist and sound engineer Tiki Taane, was in a unique position to experience the full potential of the GSL and KSL systems, both whilst performing on the Park Stage and mixing FOH sound for the headline act, Shapeshifter, on the same stage. 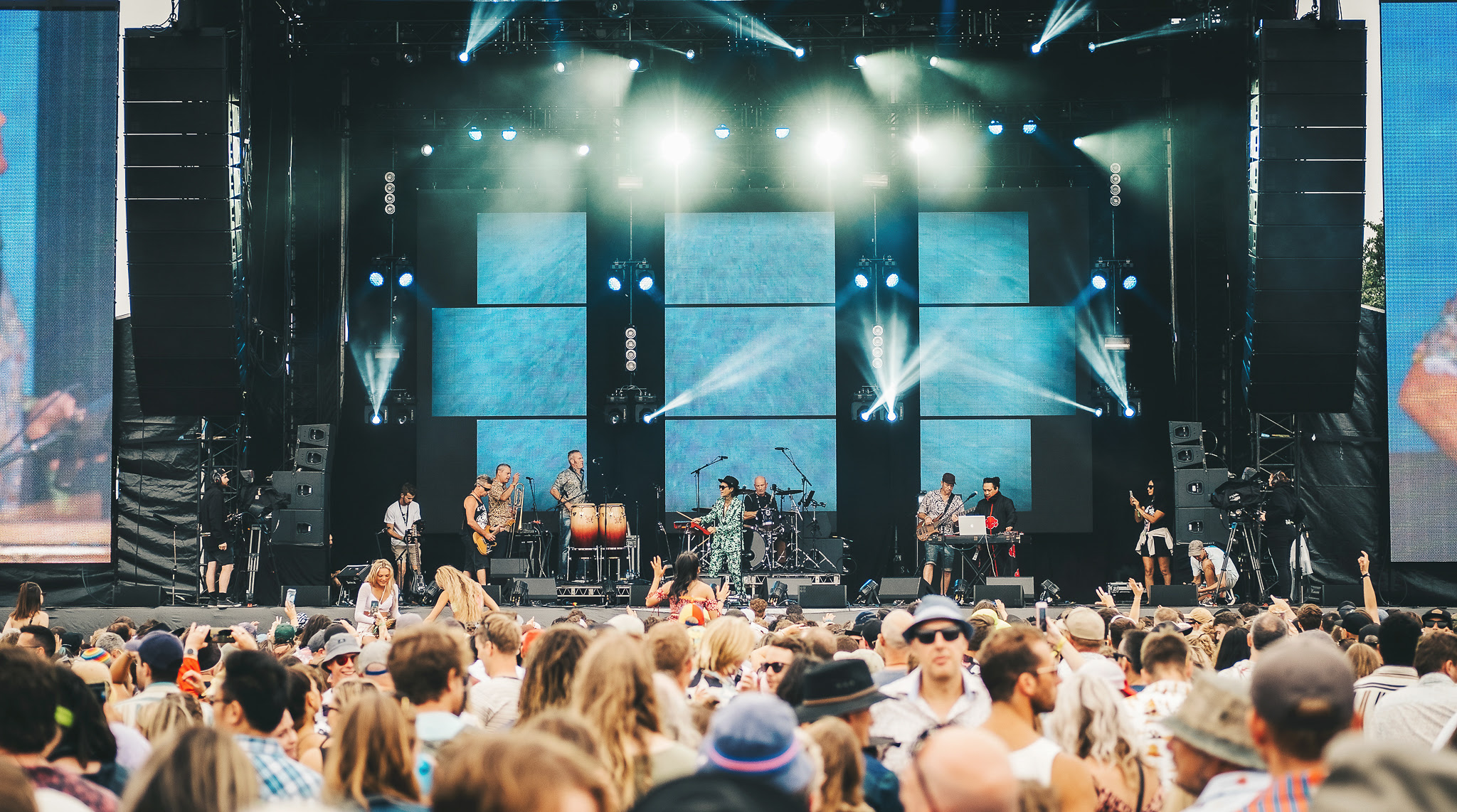 “The d&b SL System was next level huge,” commented Taane. “The clarity and frequency response to all the little mix adjustments I was making was unbelievable. I do a lot of EQ filter sweeps on the synth bass, and also on the reverb return channels for those exciting moments in the songs, and the energy coming from the d&b System was mind blowing. There was so much head room and fatness that I was more than happy with sitting the mix at 109 db at mix position, knowing that there was still more in the tank for those big moments.”

Taane also commented that for such a large crowd, the feedback they received from the festival goers was extremely impressive, even for those who were positioned way in the back, well beyond the delay lines.

“I’d describe mixing Shapeshifter on the d&b SL System like standing in front of some sort of Alien spacecraft as it lands and then takes off at full throttle leaving you in a state of euphoria, like a religious experience, where you’ve just witnessed in person the God of Sound!”

Bevan Hancox (Dexta), the Festival Production Manager added that everyone was extremely happy with how the sound was delivered, especially as it avoided disturbing the neighbouring communities.

“We are happy with the outcome of this well-deployed rig and proud to use d&b audiotechnik — it covers all my bases and keeps the touring engineers, audience members and the promoter happy. As always, the definition was crystal clear. “