Riedel Communications today announced that the All-England Lawn Tennis and Croquet Club (AELTC) has installed a fixed signal routing and communications network based on Riedel‘s MediorNet real-time signal transport and processing technology, and Artist digital matrix intercom mainframe. Relying on Riedel solutions for over a decade, the AELTC has steadily expanded its Riedel infrastructure, with the 2021 Wimbledon Championships marking the biggest-ever deployment on the prestigious tournament grounds. 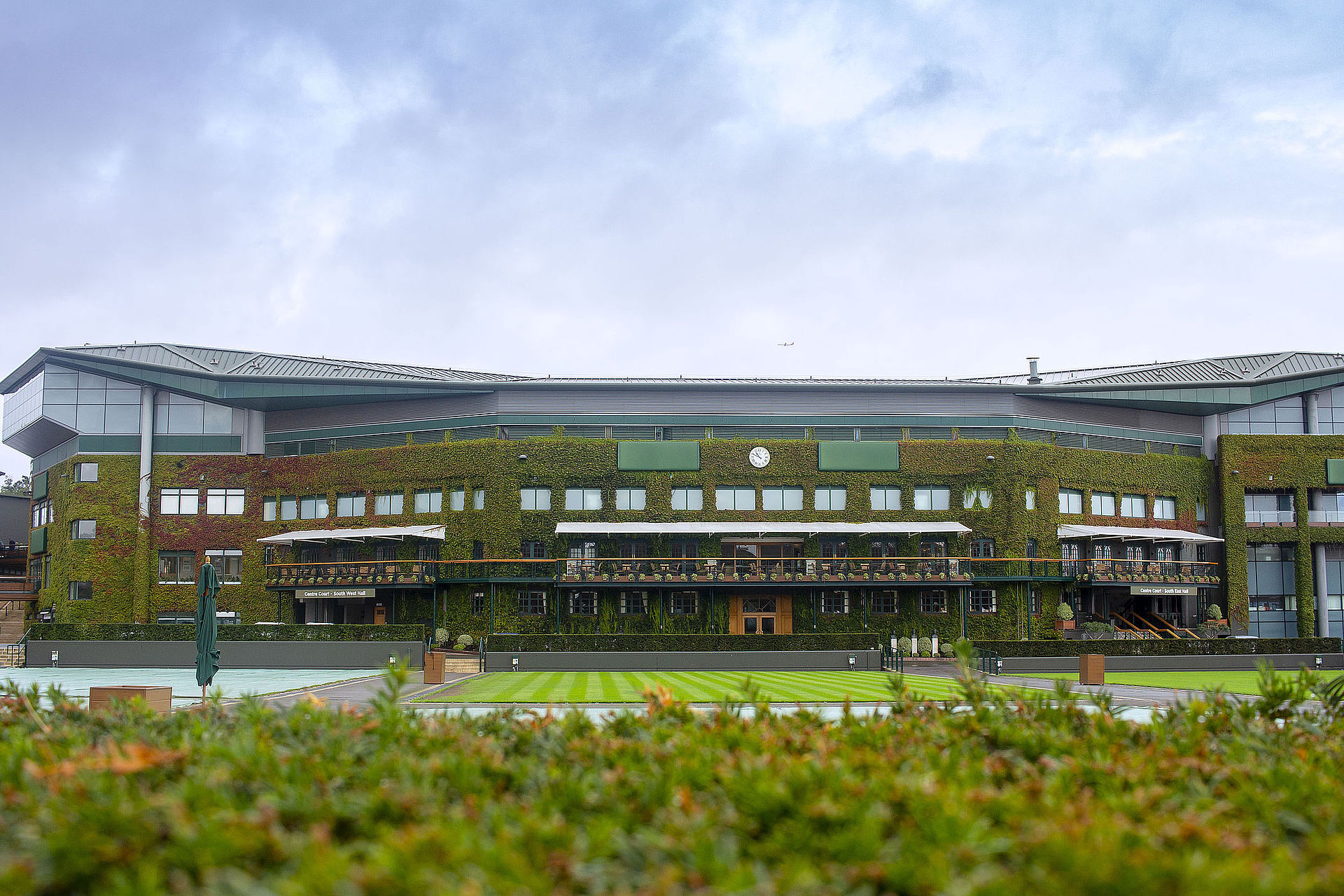 As the oldest tennis tournament in the world, The Championships have been held by the AELTC since 1877 and are one of the four Grand Slam tournaments in professional tennis. For the 2021 tournament, the MediorNet/Artist solution facilitated remote audio mixing to support communications between review officials and umpires, statisticians, safety, security, audio, and production teams as well as video feeds to aid the audio team with press feed distribution and remote operation of all courts. While the basic network remains in place year-round at AELTC, Riedel Managed Technology was brought in to supply the additional panels, nodes, and other gear necessary to support tournament play at 18 different courts over the 14 days of Wimbledon.

“Wimbledon is steeped in tradition, but we’re certainly not standing still. We’re always looking to stay on the edge of technology and apply the latest innovations to make the Championships the best they can possibly be,” said Brew – James Henry Breward, Audio and Communications Specialist, AELTC. “We know we can count on Riedel equipment to provide seamless, reliable communications with fantastic sound quality when it really matters, such as when resolving debatable review calls. And with all of the additional equipment that comes in quickly for the Championships, we absolutely depend on Riedel’s Managed Technology division to help us meet our tight timeframes. Their expert service and support, together with their ability to access additional gear as needed at a moment’s notice, make them invaluable partners in our fast-paced run-up to Wimbledon.”

The permanent Riedel installation at AELTC consists of an Artist-64 intercom node and a handful of 2300 SmartPanels to support year-round security and audio teams.

In the run-up to the 2021 Wimbledon tournament, Riedel Managed Technology division expanded the fixed infrastructure with an extensive array of additional Artist and MediorNet equipment, including MediorNet MicroN high-density media distribution network devices, around 120 intercom panels, and Bolero, offering coverage over much of the grounds. With their ability to be deployed in unlimited configurations, the modular MicroNs came in handy particularly in the AELTC master control room, the nerve center for all audio signals, where the signals from the 18 courts, big screen production, and countless local mixes come together.

Additional MicroNs configured with the Riedel MultiViewer App were located in the Centre Court PA rack room. This enabled the production crew in master control to mix audio signals from up to 36 SDI broadcast and MADI feeds from Artist, house audio, OB comms 4-wires, and program feeds. Audio meters on the MicroN multiviewers have been customized to show each umpire’s mic on the left side and the signal sent to the courtside PA on the right, while the UMD shows the umpire microphone switch state. 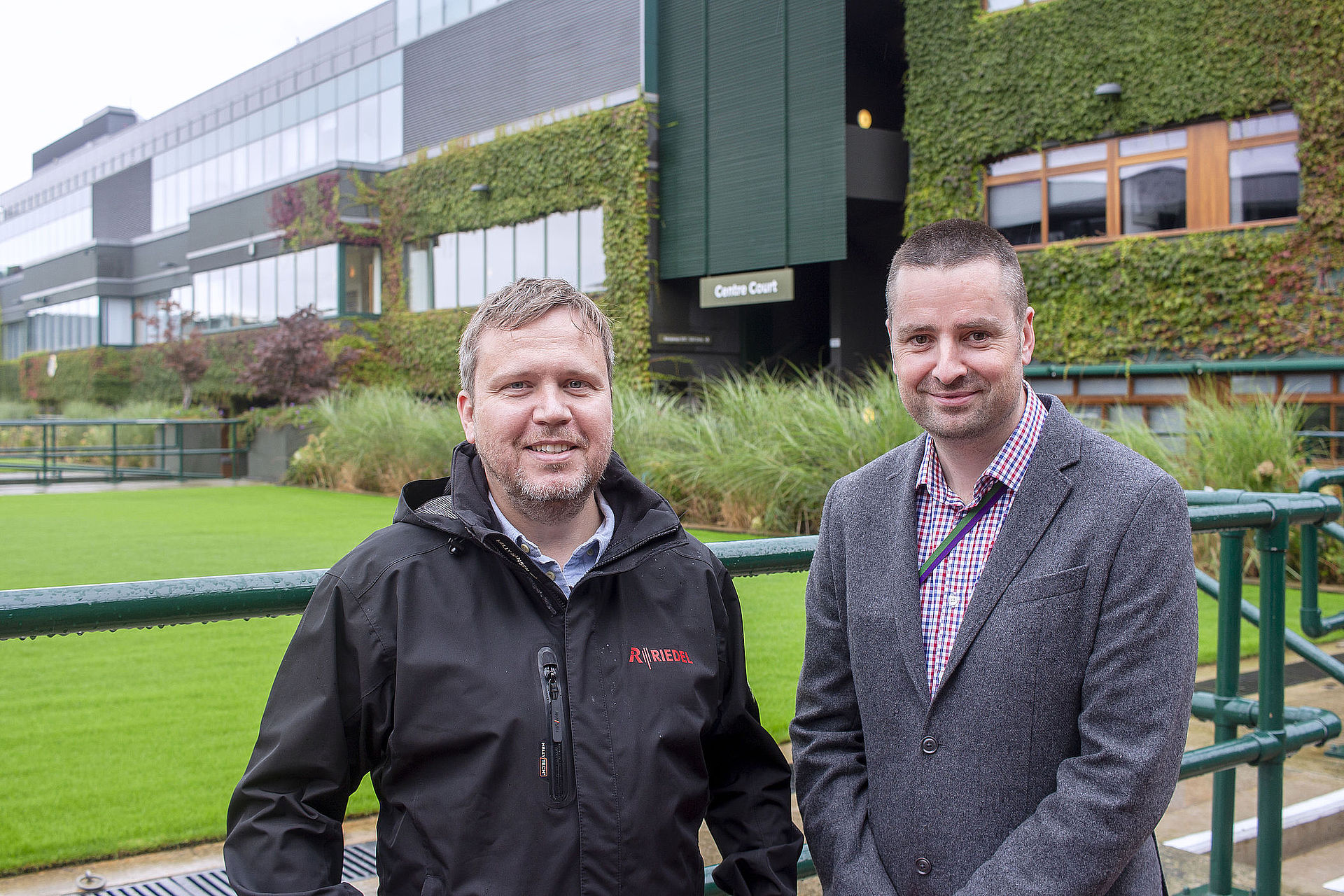 Brew added, “The SmartPanels are extremely robust and yet easy to use, which our production crews really appreciate. Even people who have never used key panels — not all tennis events are able to offer this level of technology support — are able to integrate them instantly into their workflows. It’s a really smart way of working.”