De Bijloke in Gent, Belgium dates back to the 13th century. Originally built as a hospital it was transformed into a music venue in the 1980s, making it the oldest building in the world which permanently serves as a concert hall. 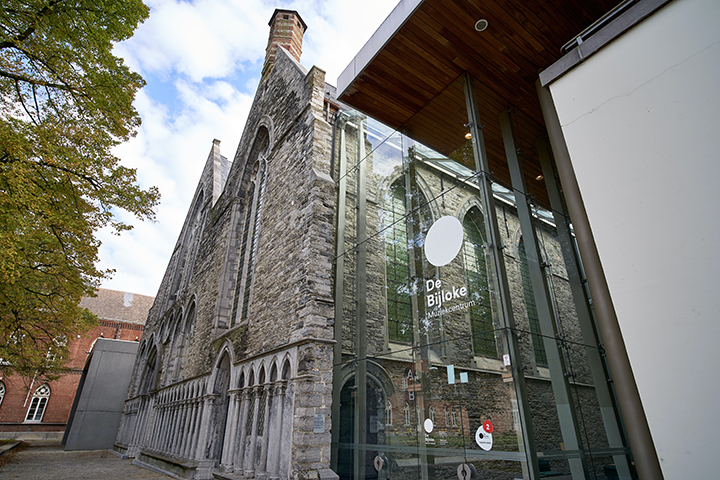 d&b sales partner and integrator Amptec installed a brand-new d&b sound system as part of major refurbishment project that came to a conclusion in 2020.

Unique in its architectural character De Bijloke hosts a program ranging from classical to jazz and musical theatre. The combination of these complex musical genres and the impressive age of the building called for an expert audio solution to guarantee exceptional listening experiences.

The brief was to turn the venue into a state-of-the-art concert hall with a versatile, easy to use and impeccable sound system, that would provide even coverage for every seat, befitting the distinguished name the venue had already made for itself.

Acoustic treatment was a priority to be considered in the refurbishment plans as the wooden roof structure naturally absorbed a lot of sound and the ancient walls had warped, therefore reflecting most sounds away from the audience. 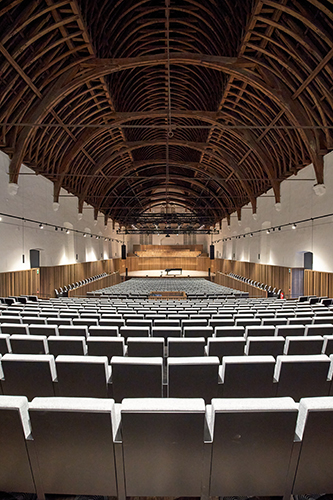 World-renowned acoustical engineering company Arup (known for their work on Sydney Opera House and parts of the set for Björk’s recent tour amongst others) was given the challenge and managed to create a space that is now truly ‘tuned’ for its use as a concert hall.

Despite the extensive work on the room acoustics installing a sound system into this redesigned space came with challenges for system integrator Amptec. The hall is very long and, due to the age of the wooden roof structure there were limited rigging options for the delay speakers.

As part of a tender process Amptec demonstrated the d&b Y-Series at the hall – generating positive feedback from the Bijloke team and their expert guests. “We asked Amptec to bring the full system for a demo and invited a select group of sound engineers. We were all overwhelmed by the results,” remembers Natan Rosseel, Technical and Production Coordination at De Bijloke. 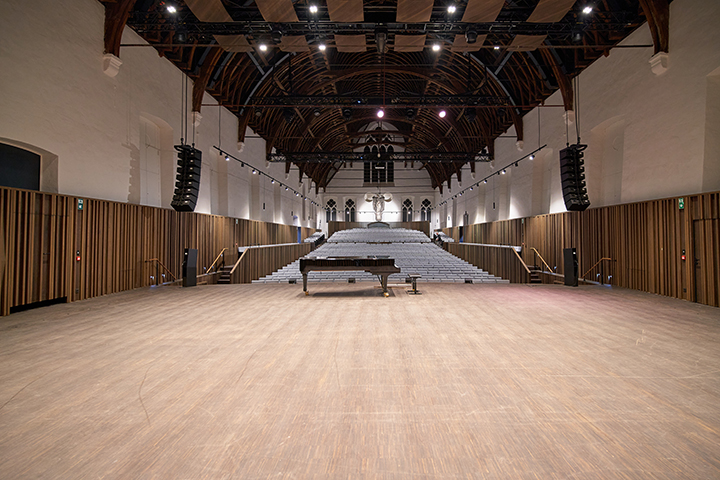 Amptec installed the system in combination with an R90 control panel.

“Our goal was to make daily operation as simple as possible. With the R90 all system parameters can be set at the push of a button,” explains Brecht Ieven, Project Manager at Amptec.

“The main system consists of two eight deep Yi8 line arrays. We used the ArrayProcessing function to optimise both frequency and level distribution for the entire audience area. This use of ArrayProcessing meant we did not need delay speakers, which solved the problem of not being able to fix anything to the walls.”

“This sound system offers maximum control in a compact and user-friendly format. With this technical upgrade De Bijloke positions itself at the top of the international concert landscape,” Ieven concludes. 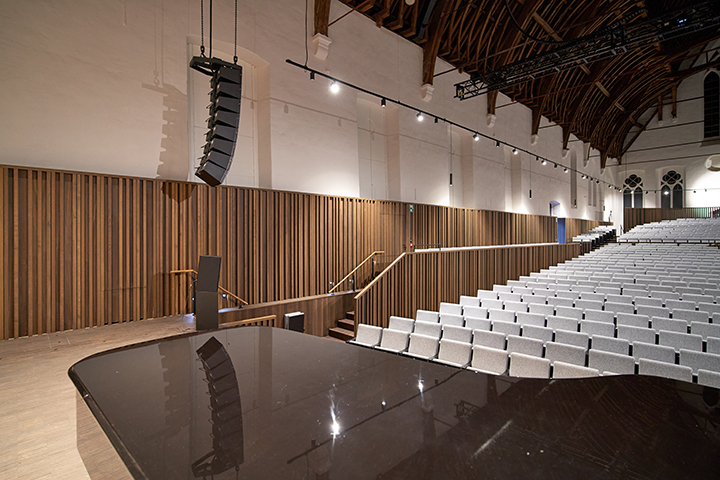 Rosseel agrees: “Since our official opening in September we’ve had a lot of socially distanced concerts where visiting sound engineers, artists and the audience have complimented us on the astonishing sound quality. Thanks to the renovation of the hall and a perfectly integrated sound system, the city of Ghent now has an excellent new concert hall to be proud of.”