The city of Monheim am Rhein starts the open air season with the Monheimer Kulturwerke GmbH. One of the highlights of the “Gartenzwerg grüßt Gänseliesel” action days was the performance by Culcha Candela at the Schützenplatz in Monheim. The sound for the “picnic concert” was provided by Christofer Kaufmann from Tontechnik Kaufmann. As a long-standing RCF customer, he, of course, equipped this concert with the active components of the Italian ProAudio manufacturer. 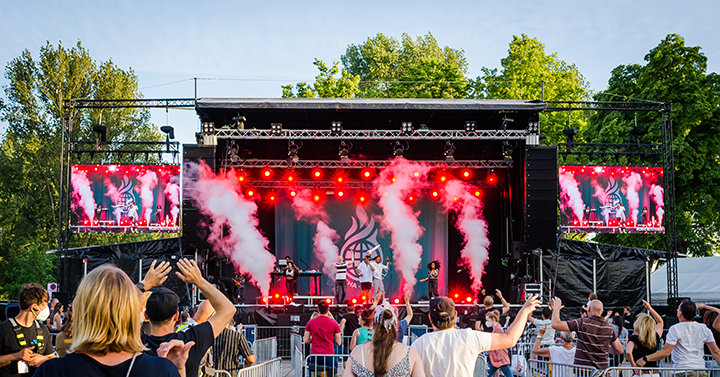 The equipment used was definitely worthy of note and provided a lot of pressure and differentiated sound for Culcha Candela’s mixture of dancehall, reggaeton, afrotrap and hip-hop.

The Culcha Candela concert was part of a series of open air events to replace the cancelled Monheim Stadtfest. Originally planned as a drive-in concert, the organiser decided to hold the show as a picnic concert due to the relaxed Corona situation. This allowed 500 people to experience one of the first large open airs in a safe setting in allocated areas. Tickets for the concert, which took place as part of the “Gartenzwerg grüßt Gänseliesel” action days, could only be obtained through a raffle. Although the audience was small, the audience area had to be large because of the distance rules and was thus just under 100 metres long. 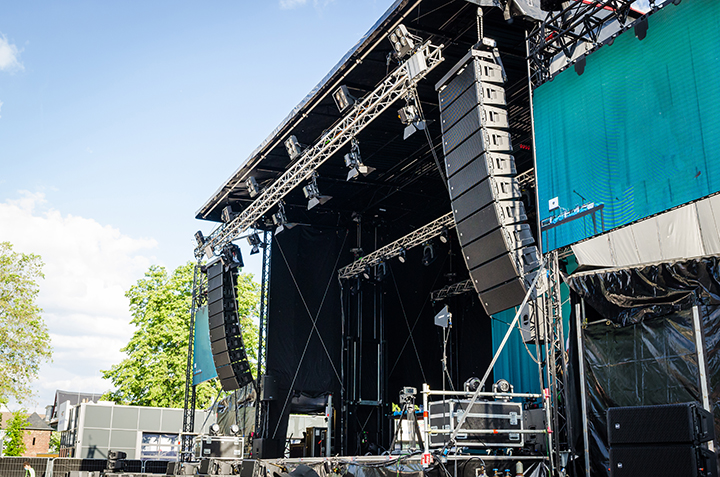 For the organiser, it was essential to provide the audience with perfect sound even in the farthest corners. Therefore, Christofer Kaufmann used a sufficiently large sound system. For the sound reinforcement of the audience, 10 modules each of the active 3-way RCF HDL 50-A 4K high-performance model were used as line array to the right and left of the stage. With their Class-D power amplifiers, the 4K models deliver 4000 W (RMS) of power and a sound pressure level of 143 dB. Due to the perfectly matched components, the HDL 50-A 4K modules reproduce the signals with optimum transparency and freedom from distortion. Additional HDL 30-A line array modules served as front fill or outfill on the basses. 18x SUB 9007-AS basses in cardioid mode provided pressure in the low frequencies. On the stage, 2x TT 25, with 8003 as sidefill, 2x TT 22 MK2 with Sub 8006 as DJ monitors and six more TT 25 SMA monitors were used as stage monitors. 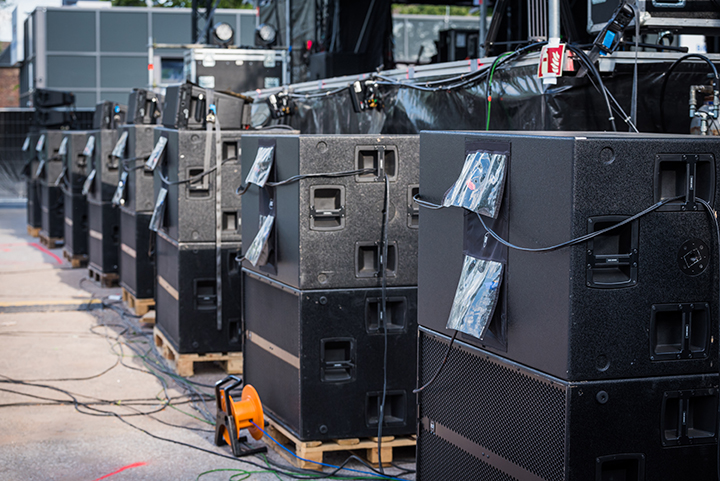 With the events on the Schützenplatz, the city of Monheim am Rhein set an example for live culture and proved that concerts need not lose their flair and fun through clever concepts.

More information about the city of Monheim can be found at: www.monheim.de