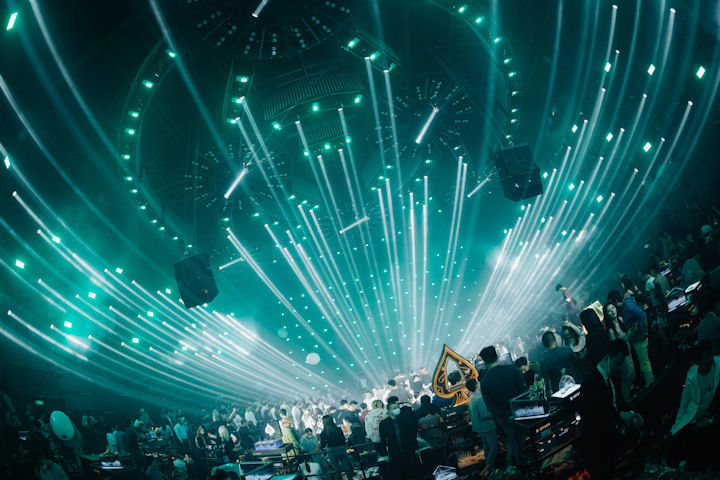 Real Music is one of China’s oldest and most experienced full-service professional integrators and suppliers, operating across sound, lighting, control, and AV for over 20 years. For over a decade, they’ve been proudly supplying Adamson loudspeakers to the Chinese market.

“Our nightclub customers like Adamson products very much, and they fit their requirements perfectly,” says Richie Wang, Real Music’s General Manager. “It’s almost like Adamson speakers have magic powers; when the music starts up in these clubs, people go crazy. The power and the coverage just makes people instantly happy.” 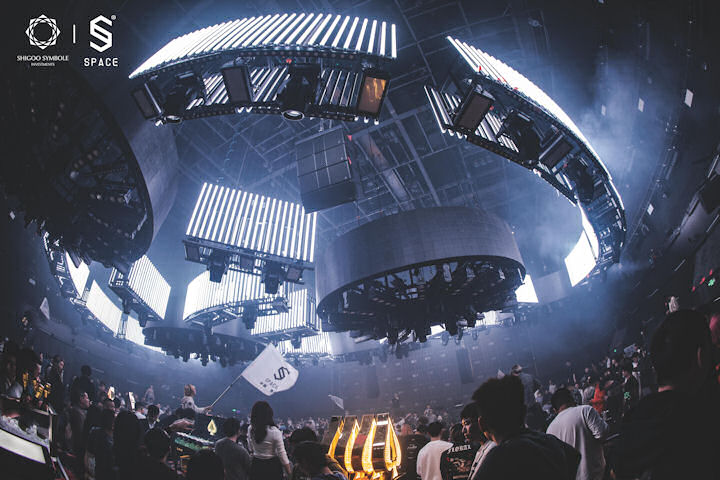 Adamson IS10 delays in SPACE Nanchang

SPACE Shenzhen is a lesson in high SPL and total bass coverage domination. The main stage is flanked by hangs of Adamson flagship E12 line array elements, six a side. Further down the room, two delay hangs consisting of four Adamson IS7 line array elements and a flown IS118 each side ensure everyone in the club is covered with full-range music. Two Adamson PC 12 point concentric loudspeakers handle the stage’s front fill, while 14 units of Point 15 point source boxes around the club cover any gaps to the sides. Closeup of the main hangs at SPACE Nanchang: six Adamson IS10n narrow dispersion line array elements underhung with two IS10 elements per side.

The all-important low frequency extension at SPACE Shenzhen is installed through the front of the stage and comprises a bone-rattling combination four E219, eight IS219, and ten E218 subwoofers. The low frequency coverage created ensures every corner of the club is swimming in tight, musical sub frequencies.

SPACE Nanchang’s main left-right PA combines six units of IS10n narrow dispersion line array elements underhung with two IS10 elements per side. Four more IS10 elements per side are hung three-quarters of the way down the club as delays. Two Adamson IS7p point source two-ways are installed as front fill, and a dozen Point 15s cover any point out of the main array’s throw. Not to be outdone in the bass, a positively earth-moving 20 units of IS219 subwoofers are arrayed across the front of the stage.

The third install is a more intimate live music setting, at the Club Xiaoyang in Xi’an. A new client for Real Music, they’ve been graced with two main hangs of four IS10n per side, eight IS219 subwoofers, two PC 12s in the front fill, and eight Point 15s on side fill duty. 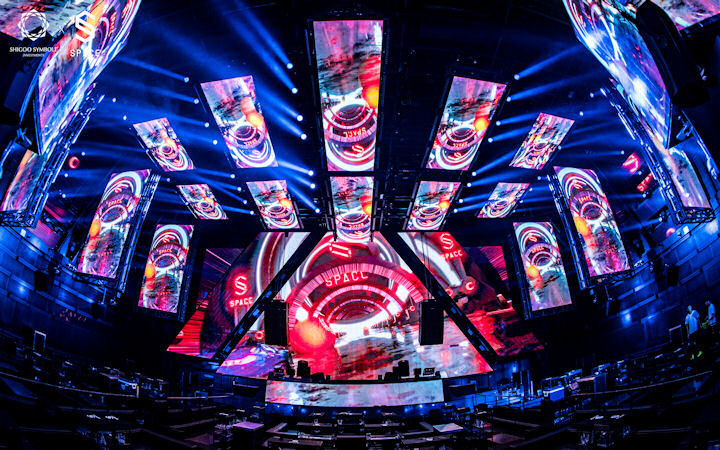 All three projects were totally designed and installed by Real Music, working closely with their customers to achieve their goals. “Both SPACE and Xiaoyang had the same requirements,” explains Richie Wang. “They wanted high SPL mids and highs without noise or distortion. And the all-important low frequencies had to be very powerful.”