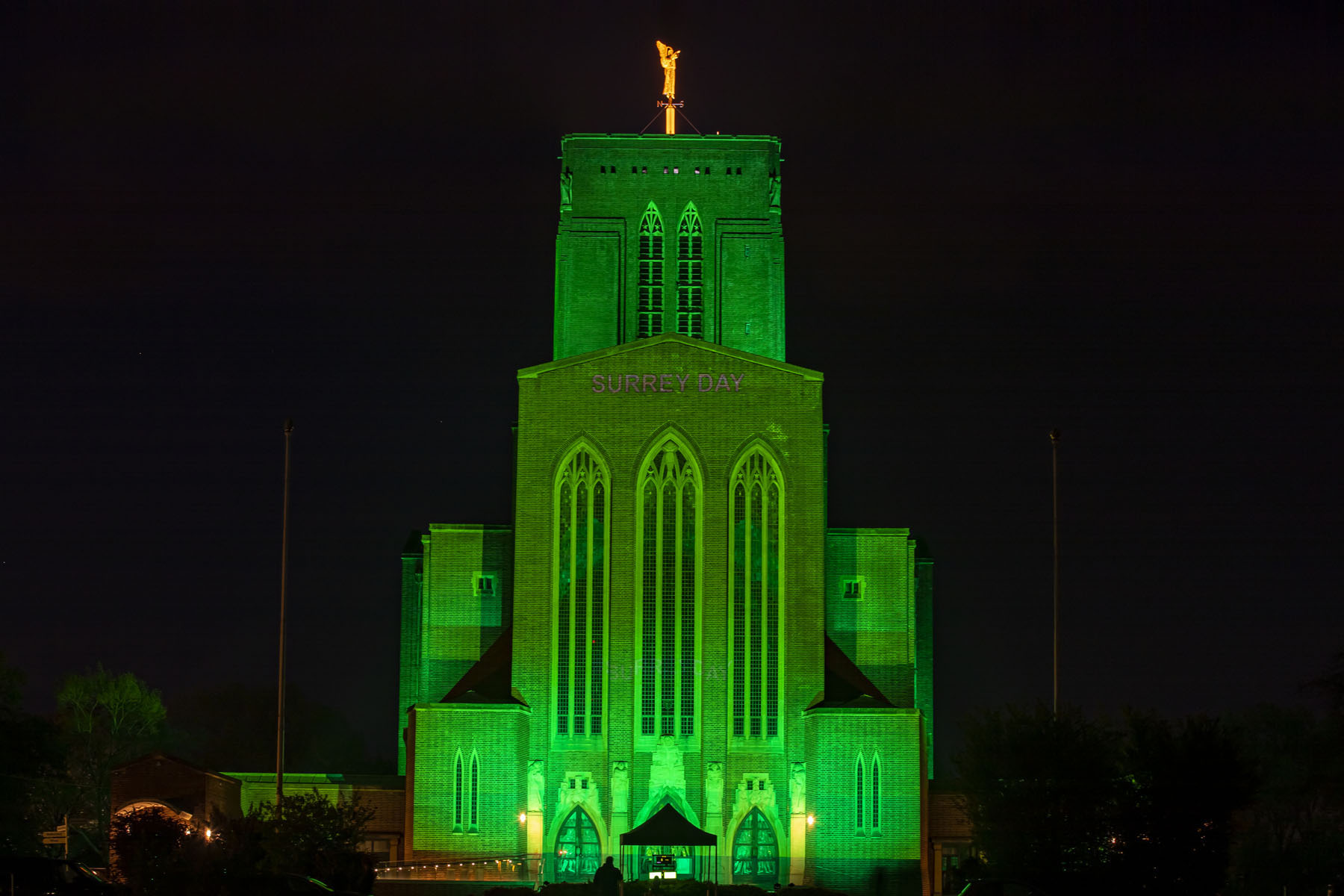 It was the second Surrey Day in which Peachy Productions has been involved. The company has many strong ties to the city and the area, and was keen to participate in promoting Surrey, which is known for its natural beauty, woodlands, and wildlife habitats among many other attributes.

Having lit the Cathedral on several occasions last year, including in support of the National Health Service and other frontline workers battling the pandemic and also to commemorate the 75th anniversary of VE Day, the Peachy crew were delighted to be back on top of Stag Hill running out lights and cables on Guildford’s strategically prominent high point.

The goal was to ensure that the Cathedral became as visible as possible from as far away as possible, like a glowing beacon of positivity during the evening. With the 160ft high bell tower being the tallest part, that is where the Pointes came into play, with two fixtures deployed in four different positions down both the long sides of the building, eight in total, all in pole position to hit the tower.

“We needed the power and punch of the Pointes to do this properly and get the impact we wanted,” explained Phil. “They were absolutely THE right fixtures for the job and did a great job of making the dark red brick of the Cathedral – which is not the easiest to light – shimmer in electric green in the night skies!”

The tower contains twelve bells, ten of which were cast by Mears and Stainbank in 1965, then augmented in 1975 with two additional Whitechapel trebles. The largest bell weighs just over 1.5 tonnes and is tuned to the key of D. At the top of the tower is a 4.6m-tall gilded angel which turns in the wind.

The LEDBeam 150s supplemented a projection of the Surrey Day logo onto the front facade of the Cathedral.

In addition to these moving lights, a selection of LED PARs, battery powered uplighters and some battens were used for the installation which ran for two hours after dusk and generated plenty of chatter on local news and social media channels. 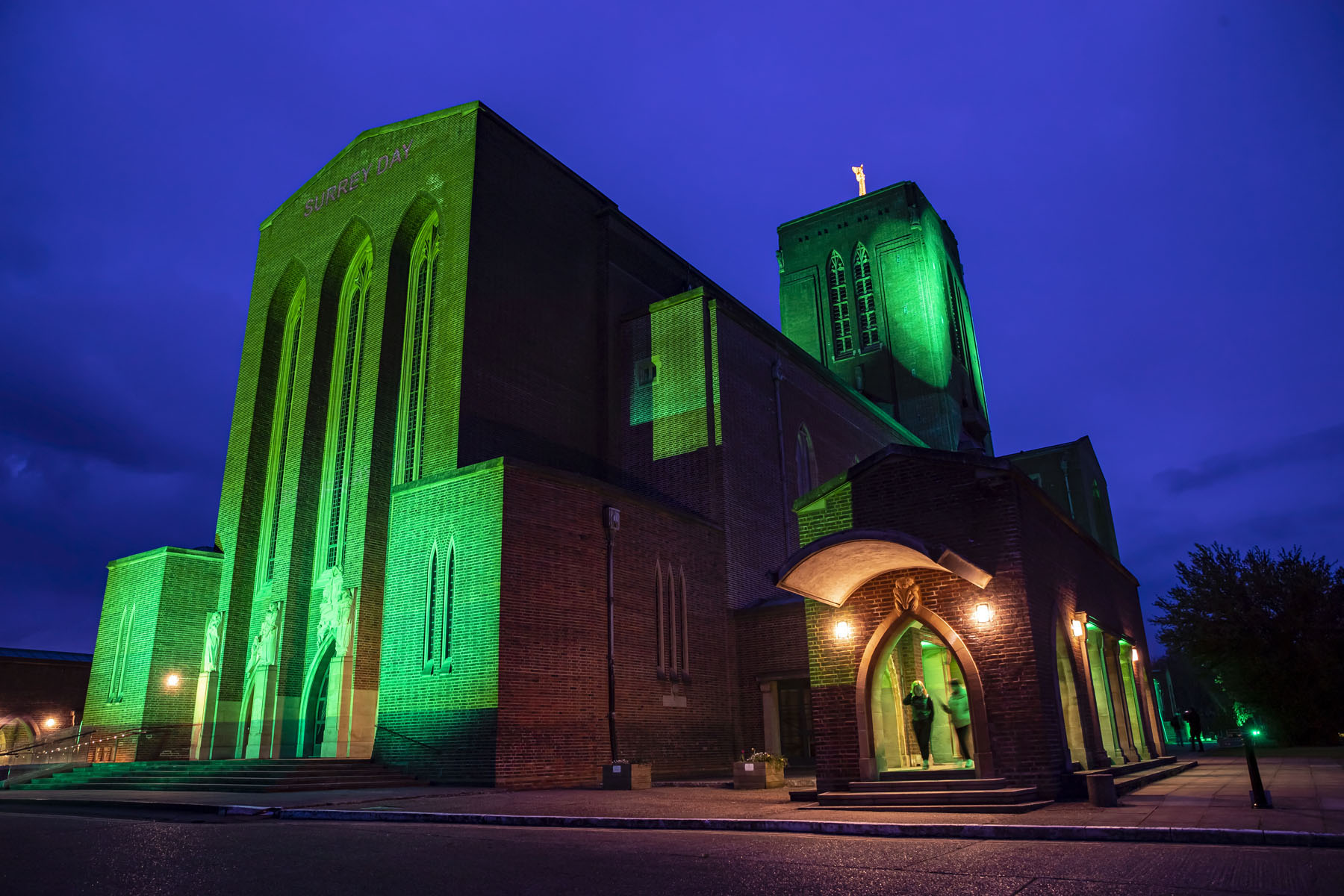 The wired lighting fixtures were powered from a 63A supply located to the left of the building, which was the only source, so cabling had to be run all the way around the enormous Grade II listed building which was built between 1936 and 1961.

The Peachy Productions crew were Ryan Howard, Alex Turner, Will Wilson, Petar Makar and Hannah Shepherd, and all were ecstatic to be on site and working on a real event again as the industry edges cautiously towards re-opening after being shuttered for 14 months since the pandemic started.

Last year, Peachy Productions staged The Peachy Playhouse nearby at Loseley Manor, which was a popular covid-safe live entertainment concept and one of very few such events taking place in the UK last year.

“We all want to get back to work and back to what we love doing best as restrictions ease and events can be delivered safely and successfully,” said Phil echoing the sentiments of most of the industry.