In 2020, GLP presented the new Creative Light 1, the first battery operated, completely wireless creative LED system for maximum flexibility—anytime, anywhere. With 24 individually controllable RGB pixels, the Creative Light 1 offers countless design options and can be installed in no time, thanks to the integrated magnet. In March 2021, a small GLP team impressively demonstrated this by transforming a dreary motorway underpass into a pulsating dance temple within a few hours. 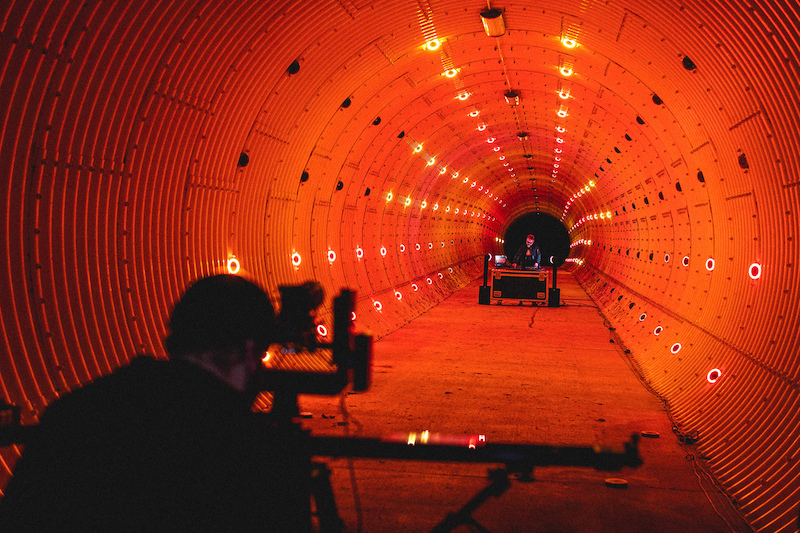 GLP managing director Udo Künzler had previously discovered the aforementioned tunnel during an evening walk. Immediately he had the idea of equipping the tunnel wall, which proved to be magnetic, with Creative Lights.

Boogie Pimps (‘Somebody To Love’) were tasked with making the project a very special audiovisual experience. The duo not only contributed a track (‘Awesome’), but also agreed to perform on site in the tunnel.

After the prerequisites for the implementation had been agreed with the authorities (blocking of the tunnel for pedestrians, switching off the lighting and hygiene protocols), a five-person GLP crew began setting up on the afternoon of 23rd March. With the help of a levelling laser and mobile scaffolding, over 200 GLP Creative Light 1’s were precisely aligned on the tunnel wall within a few hours. Then the DJ set-up was arranged and the programming of the light show was given the final touches. 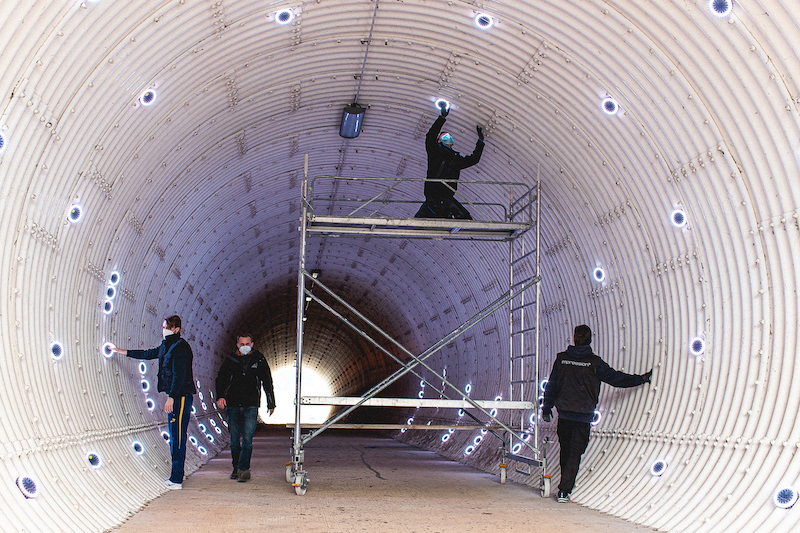 Imposing light show, purely app-controlled
The Creative Light 1 is available in two versions, which only differ in the additional option of wireless control via CRMX in the Creative Light 1 Plus. Although the staged light show in the tunnel looked highly professional and impressive, it was created exclusively with the help of the free Creative Light App (Android, iOS).

Without any expensive lighting control, all devices communicated purely in the almost zero latency GLP iQ Mesh network. This network is created when the Creative Light 1 system is controlled via the smartphone app. It is generated—without an additional gateway—in that all Creative Light 1’s used receive and amplify the signal with one another.

“In this set-up we were able to impressively demonstrate the incredible flexibility of the Creative Light 1,” said GLP product manager, Michael Feldmann. “Incredibly quick to assemble and dismantle, the flexible LED system reduces set-up times and manpower requirements. At the same time, it offers a really powerful app control that guarantees spectacular looks and dynamics even in semi-professional use. The small device really fits everywhere and enables installations in places that would not be accessible for other lighting technology. Thanks to the long battery life, carefree use is possible for hours.

“Whether in small or large numbers, with the Creative Light 1 we are once again giving designers a completely new tool that combines creativity, performance and flexibility in a coherent product. ” 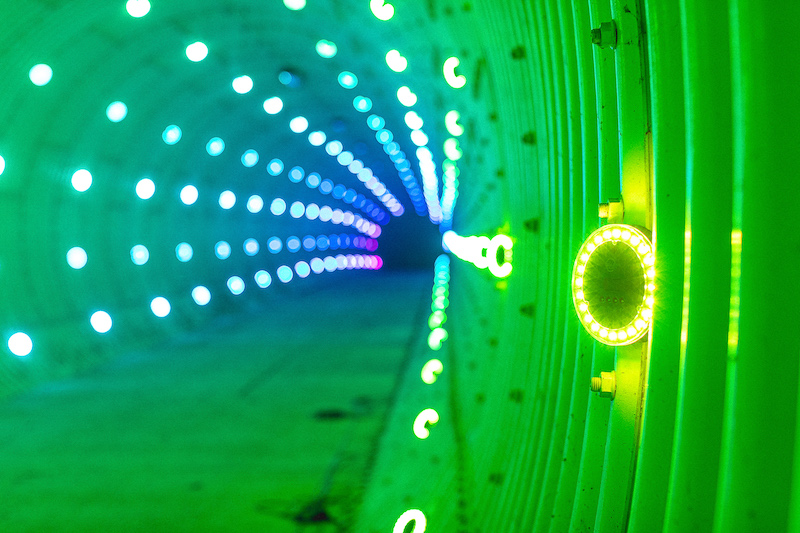 The “Creative Light 1 – The Tunnel” performance can be seen here:
https://youtu.be/2I_0ZZ_JDbc