Expansive performances have been transforming the building and outdoor spaces at radialsystem, a former pumping station in Berlin-Friedrichshain on the banks of the river Spree, into a stage since 2006. Concert evenings in two large halls delight audiences with their unusual settings, smaller studios invite them to experience installations, and the open deck beckons them to listening sessions in the evening sun with a view over the water. As a creative production and event venue for the development of new artistic programmes and event formats, radialsystem also hosts numerous conferences, meetings and trade fairs, which often deal with innovation and futuristic topics. The large number and variety of events, with their associated demand for quality, means it is part of the radial DNA to constantly develop and challenge itself technically, and the venue is the first in Germany to boast a permanently installed L-ISA Immersive Hyperreal Sound System. 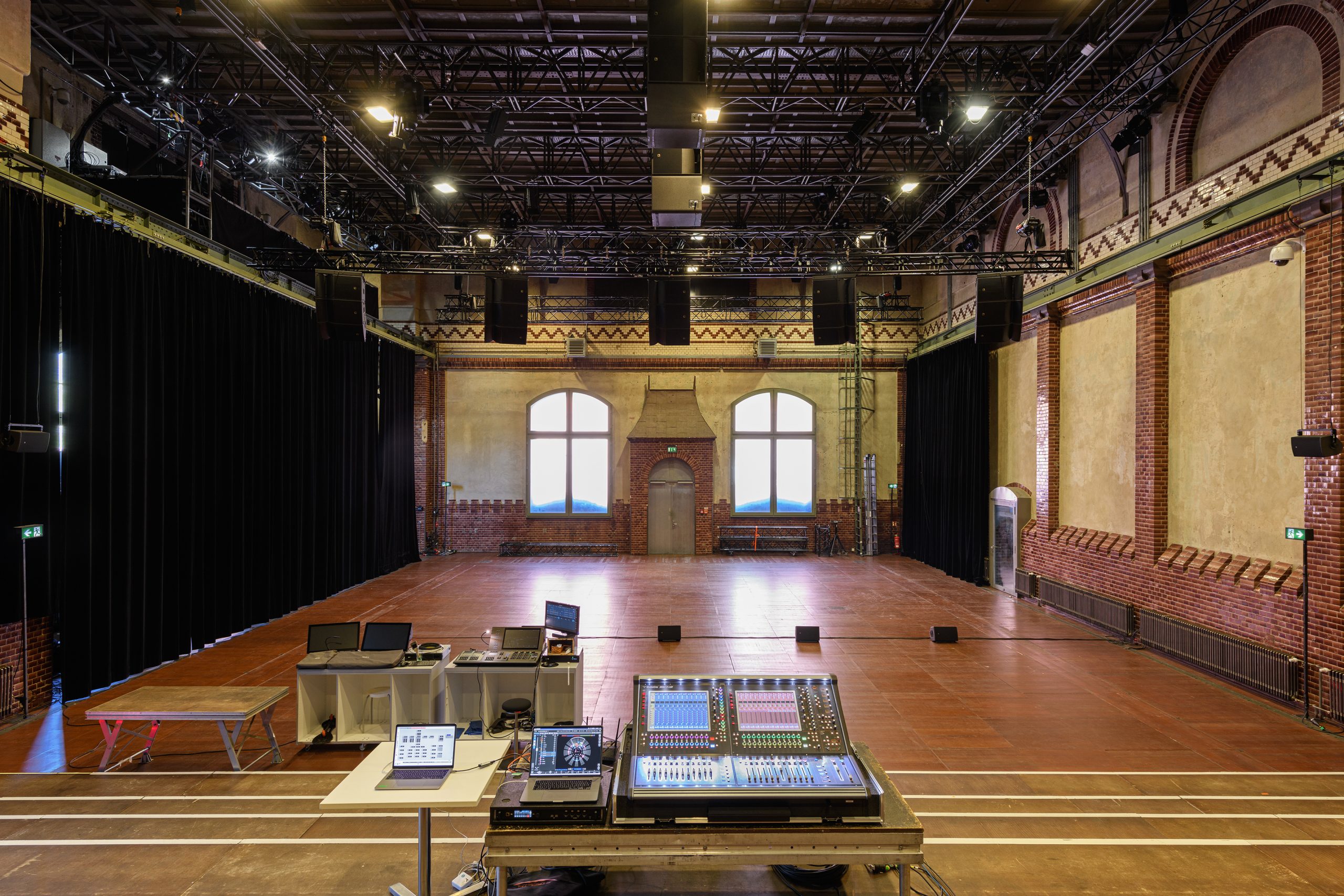 In total, radialsystem has around 2,500m2 of usable event space spread over five floors. The L-ISA Immersive Hyperreal Sound System has been designed for the largest room, the 600m2 Main Hall, and considers the broad spectrum of events hosted at radialsystem – from concerts, musical theatre and dance performances to sound installations of contemporary electroacoustic music, and events that focus on language and dialogue. Additionally, as the former machine hall of the sewage pumping station, the room still retains its historic industrial architecture and, with its wide arched windows and expanses of stone and concrete, also poses a variety of acoustic challenges.

Working alongside Martin Rode, L-Acoustics Head of Application Install for the DACH area, the radialsystem team settled on a modular system based on A15 arrays that can be quickly and easily adapted to two different stage sizes. The Scene system consists of five arrays, each with an A15 Focus and two A15 Wide, supplemented by two flown subwoofer arrays in end-fired configuration, each comprising two KS21.

“In combination with the KS21 subwoofers, A15 provides the necessary low-end reserves to perfectly cover the wide variety of events,” explains Rode. “In addition, the integrated PANFLEX system allows the A15 to individually adjust the horizontal dispersion pattern so that side reflections from the industrial architecture are minimised.”

Five X8 are used as front-fill along the Scene area, whilst a further 11 X8 form the surround system along the outer and rear walls. Rounding out the L-ISA installation are nine X8 for the Elevation system in the ceiling area. 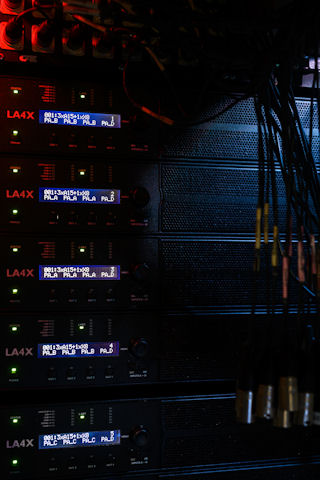 Carlo Grippa, freelance sound engineer and project manager for the L-ISA system at radialsystem, had his first encounter with L-ISA a few years ago at Prolight + Sound in Frankfurt am Main. Despite his vast experience in the surround field, he was immediately surprised by the sonic fidelity and the possibilities of L-ISA Immersive Hyperreal Sound technology.

“I work a lot in the experimental field of contemporary music, often in combination with electronic elements,” he says. “For this reason, I have always dealt with complex surround systems and mixes and have also designed systems myself that have an immersive effect on the audience.” Immediately after the fair, Grippa sat down with Sherif El Barbari, Director of L-ISA Labs, to see if he, together with a friend who is a composer of experimental music, could put the system through its paces at the L-ISA headquarters in London’s Highgate as part of an extensive demo.

“I realised then that, for me, L-ISA is the way to the future of sound reinforcement,” Grippa continues. “It’s a creative, user-friendly solution that’s not based on a particular musical direction and is the best-sounding system I’ve heard. And those were our central requirements for radialsystem.”

L-ISA and radialsystem is already proving a promising and potent combination. “We have very different performances of musical and performing arts,” Grippa concludes. “Lots of contemporary music and dance, classical music – often in connection with sound engineering and electronics – jazz, pop, events, parties and much more. 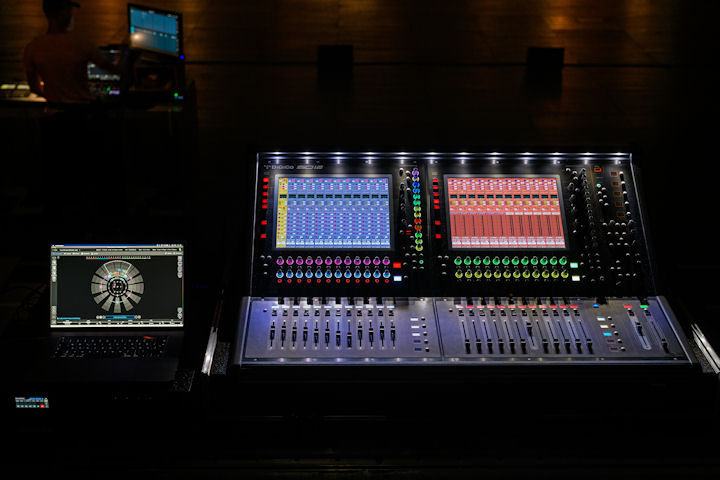 “All the sound engineers at radialsystem have a strong creative pulse and want to show our artists the true audio potential of their work. At the same time, the technicians at the mix position receive a broader, easily accessible range of tools for greater creative freedom. With L-ISA, we can always raise the musical level to a completely new level. This means less showmanship in the sense of an auditory shooting gallery, but a subtle, enveloping and creative use.”