Avolites, a world leader in the innovation of visual control systems, is celebrating its 45th anniversary. First established in 1976 under a railway arch in Hammersmith, London, from its first touring dimmer rack, the landmark Avolites LD dimmer (later to become the FD dimmer), to the launch of its latest flagship Diamond 9 console earlier this year, the company has been at the forefront of technological change in the lighting events industry ever since.

Throughout its history, Avolites has believed in the power of technology innovation to improve creative expression and has coupled that approach with component reliability, ergonomically designed interfaces allowing for ever-more artistic freedom, quality finish, and inspired design. As such it has played a key role in enabling shows to become bigger, more demanding, and more immersive over the decades. From the largest touring shows to the biggest stage productions and the world’s leading nightclubs, Avolites has ensured that the multimedia visual canvases that delight audiences worldwide fulfil the ever-more demanding ambitions of their designers. 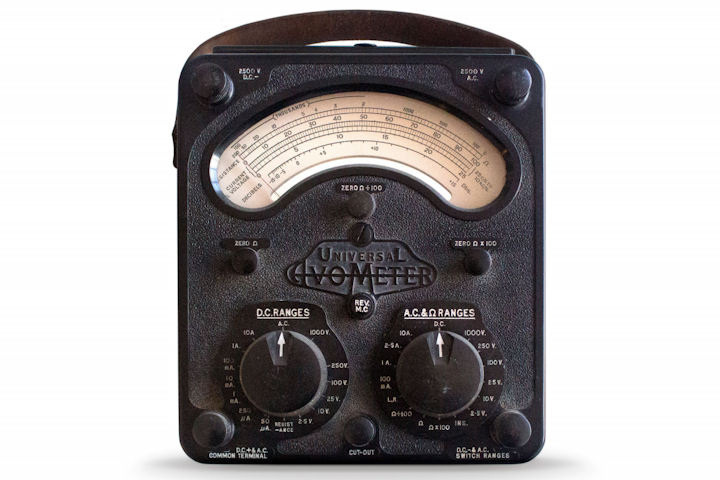 The company was first set up by Ian Walley in 1976 and gets its name from the AVO meter (Amps, Volts, and Ohms) that he would habitually have with him at load-ins. Over the decades, Avolites has manufactured a wide range of lighting control and networking products, media servers, accessories, and software, but is probably best known for its range of lighting control consoles and dimmer racks. These include the first generation of consoles designed to control the new intelligent lighting products that were emerging onto the market in the 1990s, such as the Pearl, Sapphire, and first Diamond consoles; the Art series of dimmers followed by the PowerCube dimmer/distribution units in the 2000s; and the launch of its own game-changing Titan lighting control software in 2009.

A strategic move into media servers also saw the launch of the ‘Ai’ software platform, both were used in the opening and closing ceremonies of the London 2012 Olympics to perform video mapping across the audience seats, setting a Guinness World Record for the largest landscape video display. The pioneering Synergy software feature set was launched in 2019, allowing the power of video and lighting to be used interchangeably for the first time by everyone, and not just programming professionals. And 2021 saw the launch of the new flagship console, the Diamond 9, featuring vast screen real-estate, all-new controls, and unique media integration that intuitively combines the control of all visual aspects of a show and is ready for the next generation of shows and beyond.

Along the way, the original FD dimmer was updated many times, and still currently lives on as the Art 2020, though it is a much evolved product from the original design.

“At the heart of every technology decision or innovation lie our users and customers; the lighting and video designers and operators, who use the tools we create,” explains Avolites Managing Director, Paul Wong. “Avolites has always been about the people who use its products. All our best product innovations are born from hundreds of conversations and consultations of users and customers. It is why our software platforms have a visually led, intuitive user interface, with no intense training required to get up and running.”

Given the length of its history and the depth of its heritage, it is unsurprising to see that there have been corporate changes over the years. In the 1980s it was briefly owned by a Television company, before returning to private ownership following a Management Buy Out (MBO) led by three employees: Richard Salzedo (currently Chairman), Steve Warren (currently New Business Director), and Meena Varatharajan (retired Finance and Logistics Director).

Recent years have seen more changes too, with Paul Wong heading up a new team of directors that have steered the company through the Covid-19 pandemic and are now looking towards the next 45 years of its development. Within these developments, 2021 has also seen the launch of the company’s new brand identity and logo. This is the first significant change to the company’s marque since 1976. It reflects the future – facing strategy direction of the company, whilst underscoring Avolites’ creative-led approach to lighting and media design.

“I feel extremely proud to be able to lead such a great British brand into the future, together with our highly talented and dynamic board of directors, some long-serving employees, others new to the company,” says Wong. “With our leadership team ready and in place, and a dedicated, talented, and growing number of staff, we are all set and committed to building on what has come before, serving our loyal customers by enabling their creative ambition to become a visual reality. Here’s to the next 45 years!”

“Looking back to when we took the company over from corporate ownership in 1991, it is remarkable to think of how much has changed and where we are now,” comments Richard Salzedo, Avolites Chairman. “I have been exceptionally fortunate to have terrific business partners, Steve Warren and Meena Varatharajan and we have worked with great, employees, and customers over the years who make up the Avolites family, many of whom have gone on to become good friends. Along the way we have had our share of good, although I’m sure 2020 will not go down as a fabulous year for anyone in our industry however we see a strong bright future going forward. None of what has been achieved would have been possible without the backing of the Avolites family. Steve, Meena and I are extremely proud of what Avolites has achieved over the years, and we are excited about the future of the company. My ambition has always been to build a sustainable company that will outlast us to continue our mission of producing great products. With the new team we see this happening perfectly before our eyes.”