As part of the 17th CPS-2021 International Cinema Production Service Trade Show, Russia’s biggest and most high-tech XR studio facility was opened in a grand ceremony at the AMEDIA production company. The facility was named Pavilion 7.

Pavilion 7 has all the capabilities and resources to meet the toughest production challenges with VR and AR technologies, such as live virtual studio broadcasting of events and TV shows, in-studio filming of vehicles passing remote locations, in-studio filming of remote acting areas, hosting of special events for private clients, and so on. 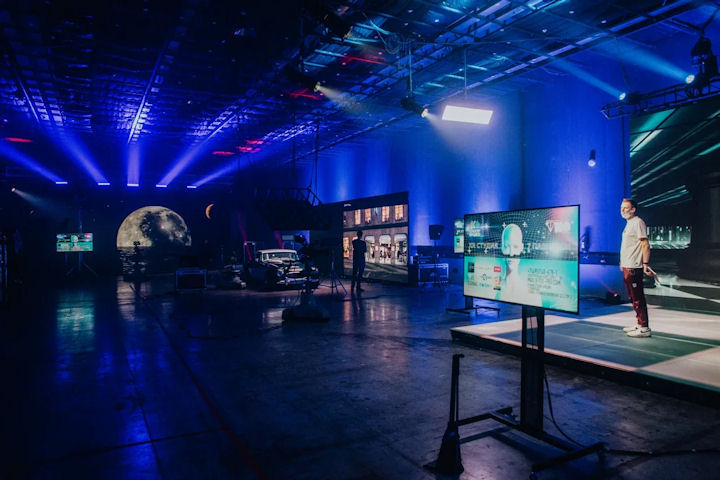 Filming real-life objects in a virtual space without chroma keying is the central feature of XR technology. High-resolution LED screens help to maximize the effect of blending real objects or people into a virtual space.

Pavilion 7 has three main filming floors, each radically distinct in their design, geometry, and conceptual use: Cube, Wall, and Radius Screen. Every visitor to the trade show had an opportunity to dive into an XR world and get a sense of interacting with it, and even “handling” it.
Around 4,000 visitors attended the exhibition.