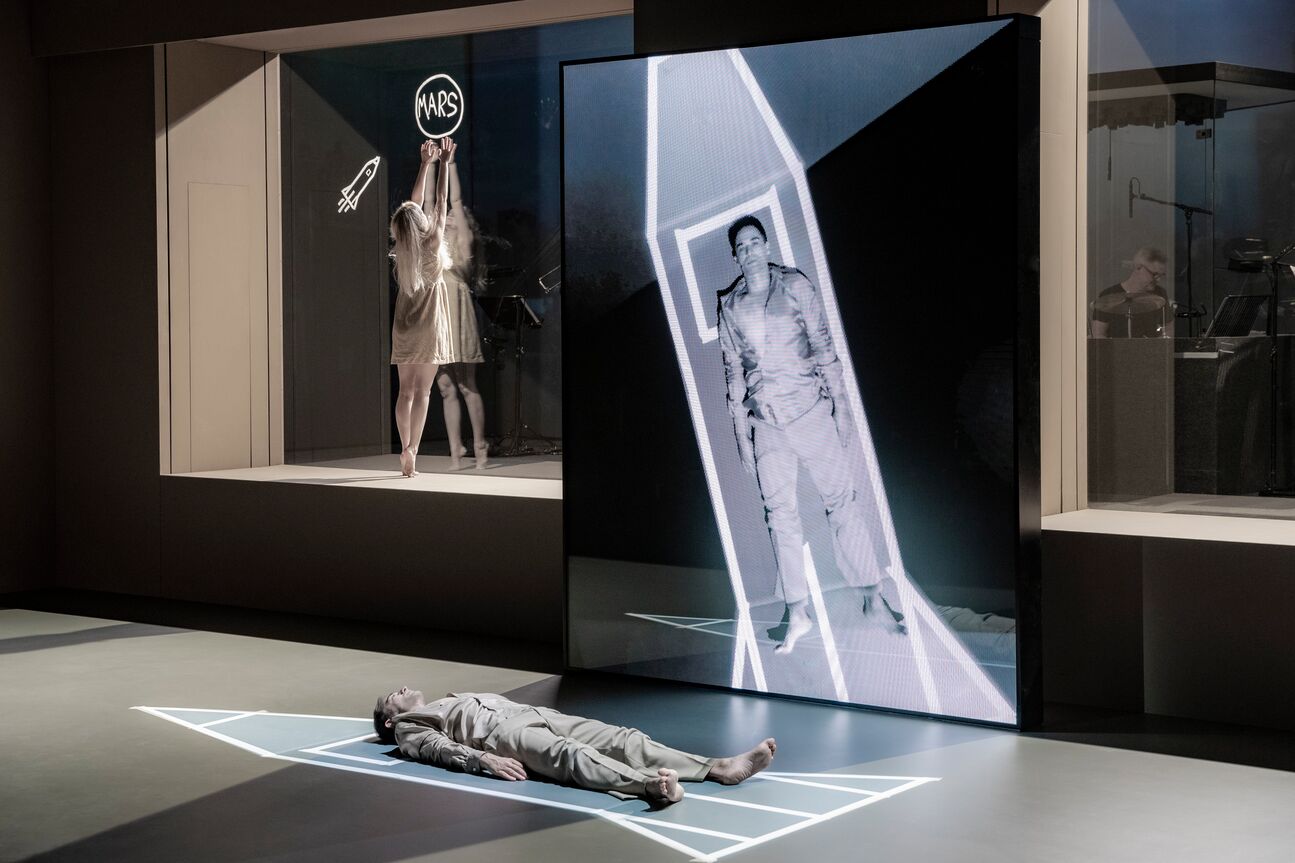 When Stage Entertainment Nederland (SEN)contacted Events Light’s owner, Jeroen Frijters,about putting together an offer to supply the audio system for the show, Frijters knew right away that only the best quality equipment would be able to meet the team’s high expectations.

Frijters immediately contacted Vincent Tilgenkamp, Sennheiser’s RF specialist, to support him with putting together a high-end system they could present to the SEN sound design team.

“Events Light has been going for more than 20 years and all this time we have been using Sennheiser,” states Frijters.“After meeting with Vincent, we felt it was the time to upgrade our stock with Digital 6000 wireless microphone systems, including SK 6212 digital miniature bodypack wireless microphone transmitters, so we could accommodate the demands of such an acclaimed theatrical production.” 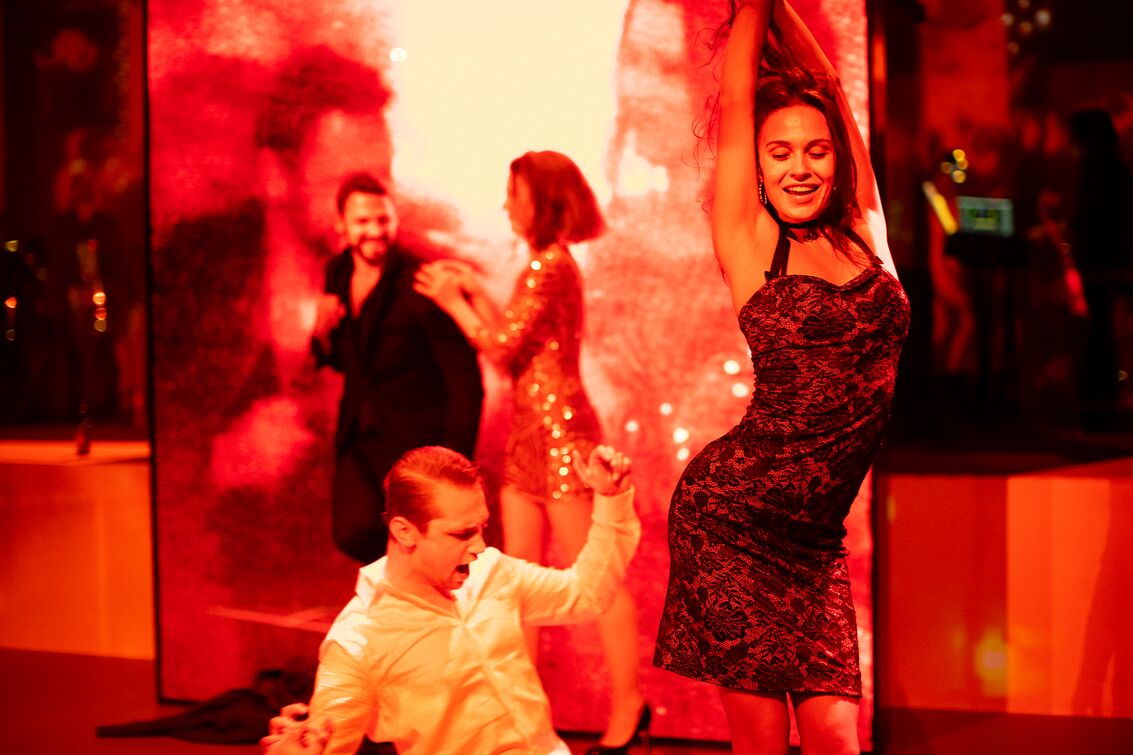 Before making the final investment decision on the system, which was delivered to Events Light by Sennheiser partner Audiobizz, Frijters and Tilgenkamp met with the SEN team to demonstrate the system in action and explain its key advantages. No-compromise RF reliability,transparent digital sound, easeofuse with a fast and intuitive interface, the compact size of the SK 6212 bodypack and over 12 hours of operation were major points that convinced sound designers Dennis Slot and Erwin Sterkto go with the Digital 6000 recommendation.

“We worked closely with Henry Hey to re-create the original feel of the production and adapt it to the acoustically challenging room at DeLaMar, which was also much larger than the New York Theatre Workshop in Manhattan where Lazarus originally premiered,” recalls Sterk.

“Both Erwin and I were newto the creativeteam, whilst everyone else already had experience working on the NY and Londonshows,” adds Slot. “It was challengingto start with, but it gave us an opportunity to approach the sound design with a fresh mindset and really experiment with what worked and what didn’t on the set. We also knew we wanted to use next generation audio equipment. Digital 6000 ticked all our boxes, includingits compact bodypack, long operation time, and ease of use of the system.”

“The biggest advantage for me was the bodypack’s exceptional battery life,” he says. “This meant the batteries could be changed in the morning before the start of rehearsals, last the whole dayincluding the evening live performance, and still have charge left.”

Front-of-house engineer, Pepijn Bos, could not agree more, adding that on a one-act show like Lazarus, having a system with a battery that “just goes on and on and on” ensures a stress-free performance. 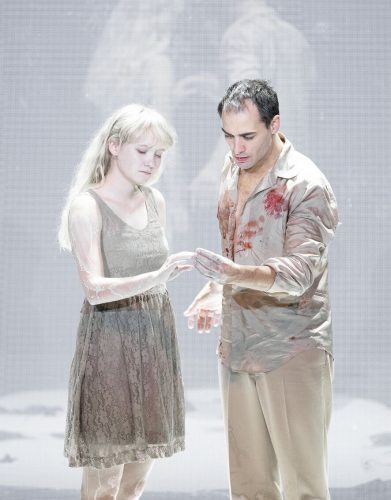 Not having to change the batteries on the actors’ SK 6212 mini-bodypack transmitters throughout the day not only helped the technical team but also allowed the actors to focus on their performance (Photo courtesy of Stage Entertainment; Photo credit: Jan Versweyveld)

According to Glastra, it was also a lot less hassle for the actors, allowing them to concentrate on the important things like getting to know the lighting and sound cues, having extra time to rehearse or even take a moment to relax, which would be impossible if batteries needed changing throughout the day. “My professional motto is that the less we have to interfere with a performer’s routine the better, so I always try to use good-quality systems like Sennheiser,” he adds.

Sennheiser’s Wireless Systems Manager (WSM) professional software solution was another useful feature for Glastra. “The software is really intuitive,”he notes.“All the most important parameters such as battery charging levels, RF status and LQI (Link Quality Indicator) are displayed on a single screen. This makes setting up and coordinating the frequencies much easier.”

Apart from the room’s challenging acoustics, further exacerbated by glass surfaces that were part of the set design, theteam had to consider certain scenes, such as some of the cast slipping and sliding in a pool of milk at the very end of the show. “A nice discovery for me was just how much cleaner Digital 6000’s sound is compared to the other systems, even after the beltpackshad beenbathed in liquid,” Glastra laughs.

Tilgenkamp explains that what Glastra refers to as ‘much cleaner sound’ is, amongst other things, due to the combination of the AD converters, the sophisticated signal processing and the proprietary codec. This ensures a high system audio dynamic range and the outstanding audio quality of the Digital 6000 system, where you hear the voice captured by the microphone and not the wireless system. “These elements are essential for how the system sounds and how the sound is experienced by the audience,” he says. 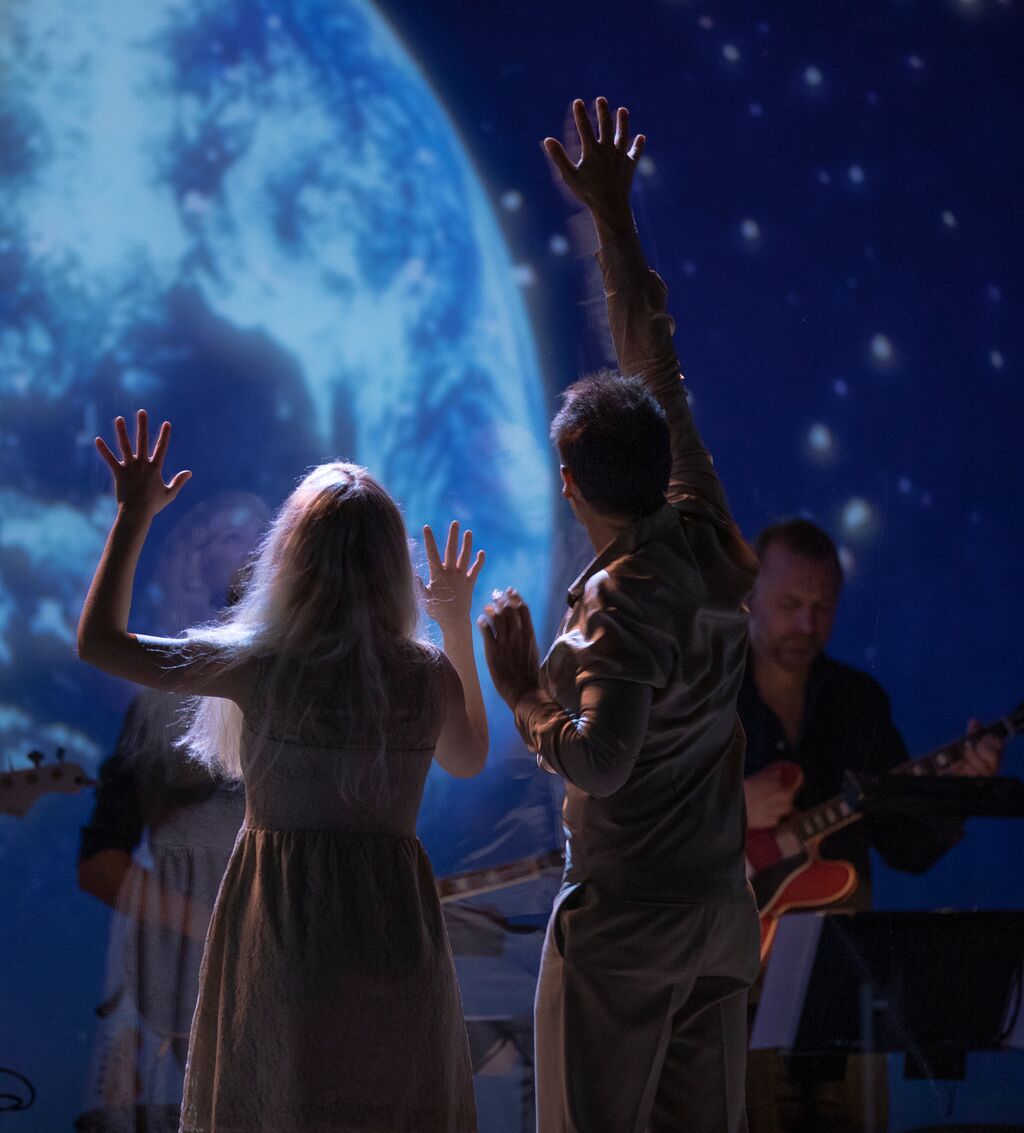 Lazarus won four Dutch Music Awards, including Best Major Production, before the production was stopped in May 2020 due to the pandemic (Photo courtesy of Stage Entertainment; Photo credit: Jan Versweyveld)

After selling more than 50,000 tickets, further extending the show’s run to accommodate the overwhelming interest from the Dutch public to experience David Bowie and Enda Walsh’s masterpiece and winning four awards at the Dutch Music Awards Gala, including the best major production award, the production was stopped 10 weeks before its official end date in May 2020 due to the COVID pandemic.

Speaking about what made the production such a technical success, Frijters and Tilgenkamp agree that the existing relationship with the team, allowing open communication right from the start, along with the combination of good quality audio equipment were all great advantages.

“I have known Vincent for many years and we have developed a good level of trust,” says Frijters. “This makes a big differenceas we know we can deliver a professional service throughout the entire production lifecycle.”

According to Slot, the primary job of the sound designer is to create a sound that fits the narrative vision of the director or producer. “But another important point is the need to create an overall solution that is workable from many different perspectives,” he says.“An actor can wear one, or sometimes multiple,beltpacks so size and weight become crucially important; an RF expert will work with frequencies to ensure the system performs flawlessly; the FOH engineer needs all the right tools to control the sound the audience hears.

“All these elements are like a puzzle. When all the pieces fit nicely together, we can deliver a great show. A system such as Sennheiser’s Digital 6000 not only meets its primary objective of reliably transmitting audio from one place to the other and delivering crystal clear sound, it also helps how you get to that point. It supports the cast by staying as invisible as possible with its 12-hour battery life and miniature size, and its intuitive interface saves precious time and delivers stress-free experience for the techs.”