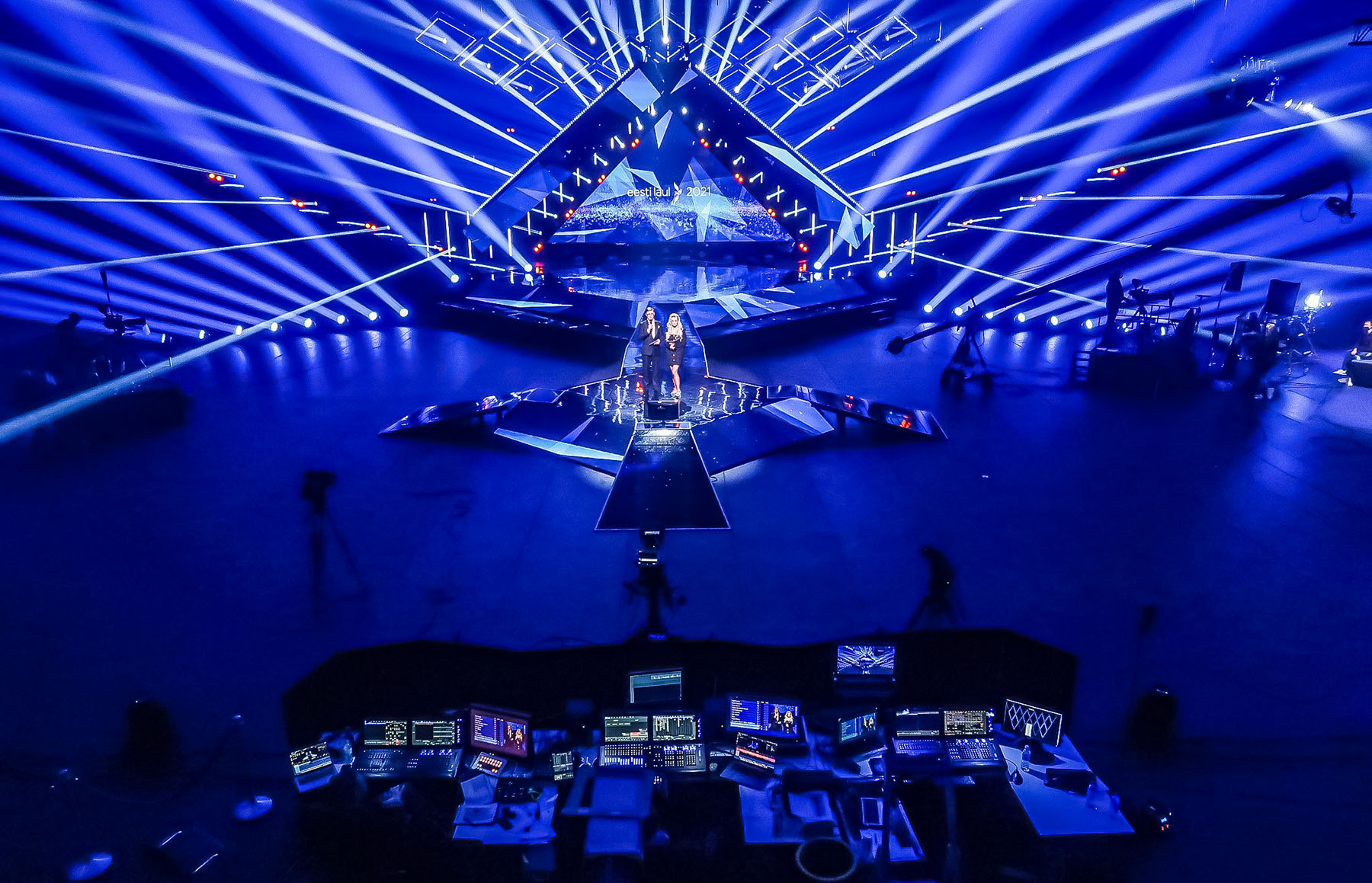 Lighting and set designer for the finale show and the two semi-finals that preceded it in Tallinn’s Saku Suurhall arena was Rene Jõhve, who was approached to work on the project by Estonian national broadcaster, ERR. This was his tenth year of lighting the finale and semi-final events which were aired live, and –for obvious reasons –this year were staged without an audience!

The slick and streamlined main stage design was triangular, with angled side struts meeting above the centre to create a triangular arched ceiling over the upstage section which were clad in LED panels, leaving the fore stage open.

The transparent stage floor also contained tilted LED screens, and another main triangular LED screen upstage had lights rigged on both edges to accentuate its shape. A long and elegant runway at the front of the stage connected it to a smaller B stage out in the centre of the arena. Had there been an audience, this would have been right in the middle.

The geometry of the stage lent itself to a lot of dynamic beam lighting effects and worked brilliantly on camera even without an audience, however with the LED clad arches in place, there was less space for more conventional lighting positions, so this presented a challenge.

There was also a quantity of custom LED pixel fixtures rigged in squares above the stage and along the structural metalwork supporting the arch to the sides. 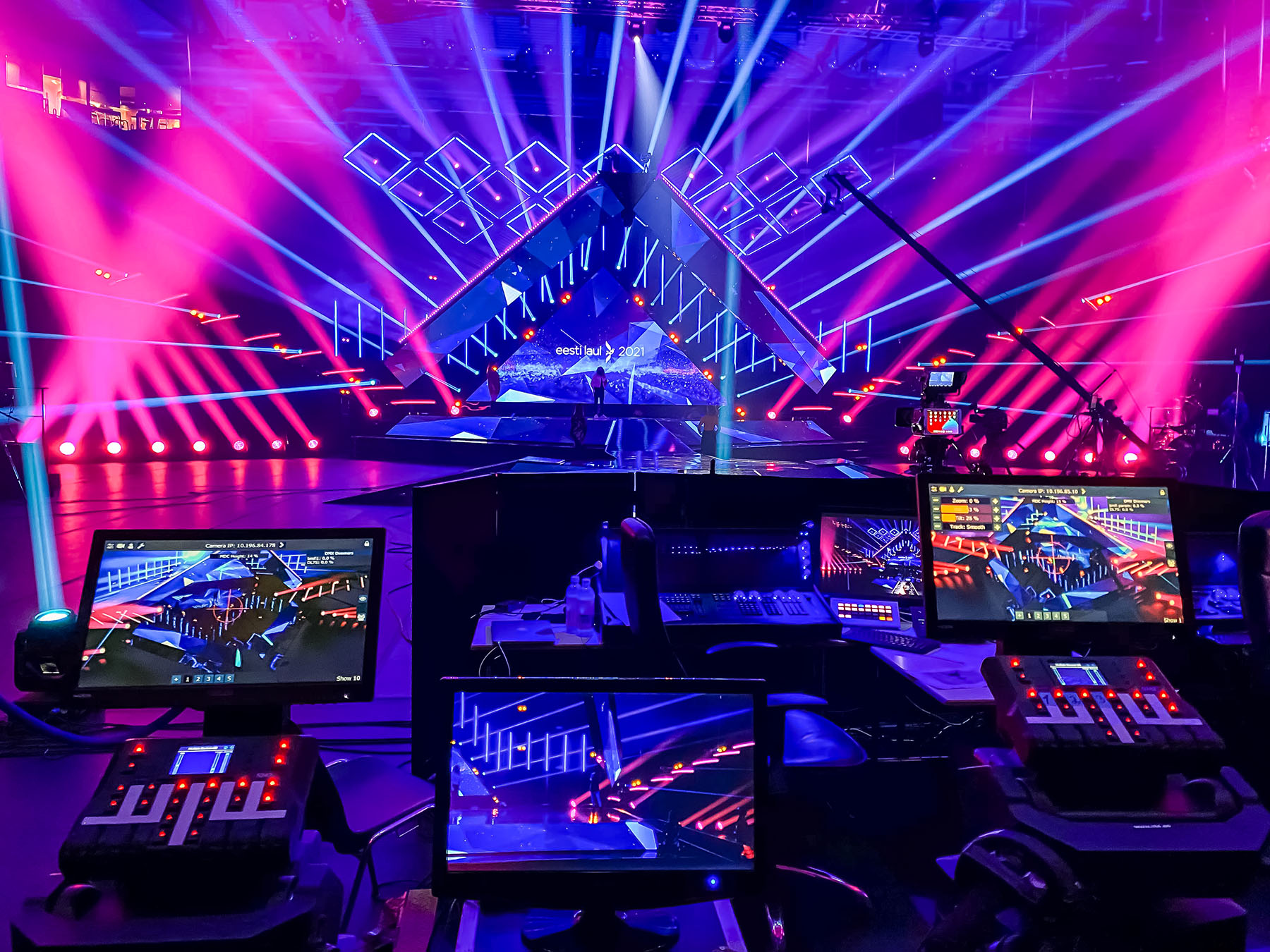 Two of the BMFL WashBeams were positioned on the front truss and connected to the RoboSpot systems together with three of the upstage DL7S Profiles which were also hooked into the system.

The two RoboSpot base stations were located at FOH behind the lighting console, with all parameters controlled from the console apart from the pan and tilt movement and the iris. The systems were run in multi-device mode– a feature that Rene loves and has used several times in similar scenarios – allowing key light and back lighting to be calibrated together.

Having the additional three DL7S Profiles on the system allowed different rear spotlights to be selected and used if needed depending on the camera shot, and having this extra flexibility was a great asset to how Rene could light and key the show.

As always, the task was keeping everything looking different and fresh for the two semi-finals,where 24 contestants were whittled down to 12 for the finale. In addition to all the competing song action onstage, interval acts for each broadcast had to be lit.

Three ChamSys MQ500 desks were used for lighting control. Rene programmed and ran the moving lights from one, Erki Kukk looked after all the key lights on another and Črt Birsa – one of Slovenia’s leading LDs who was working in Estonia for a month – operated the bespoke digital pixel LED fixtures on the third.

The two RoboSpot operators were Mihkel Viinalass and Marit Kutser. 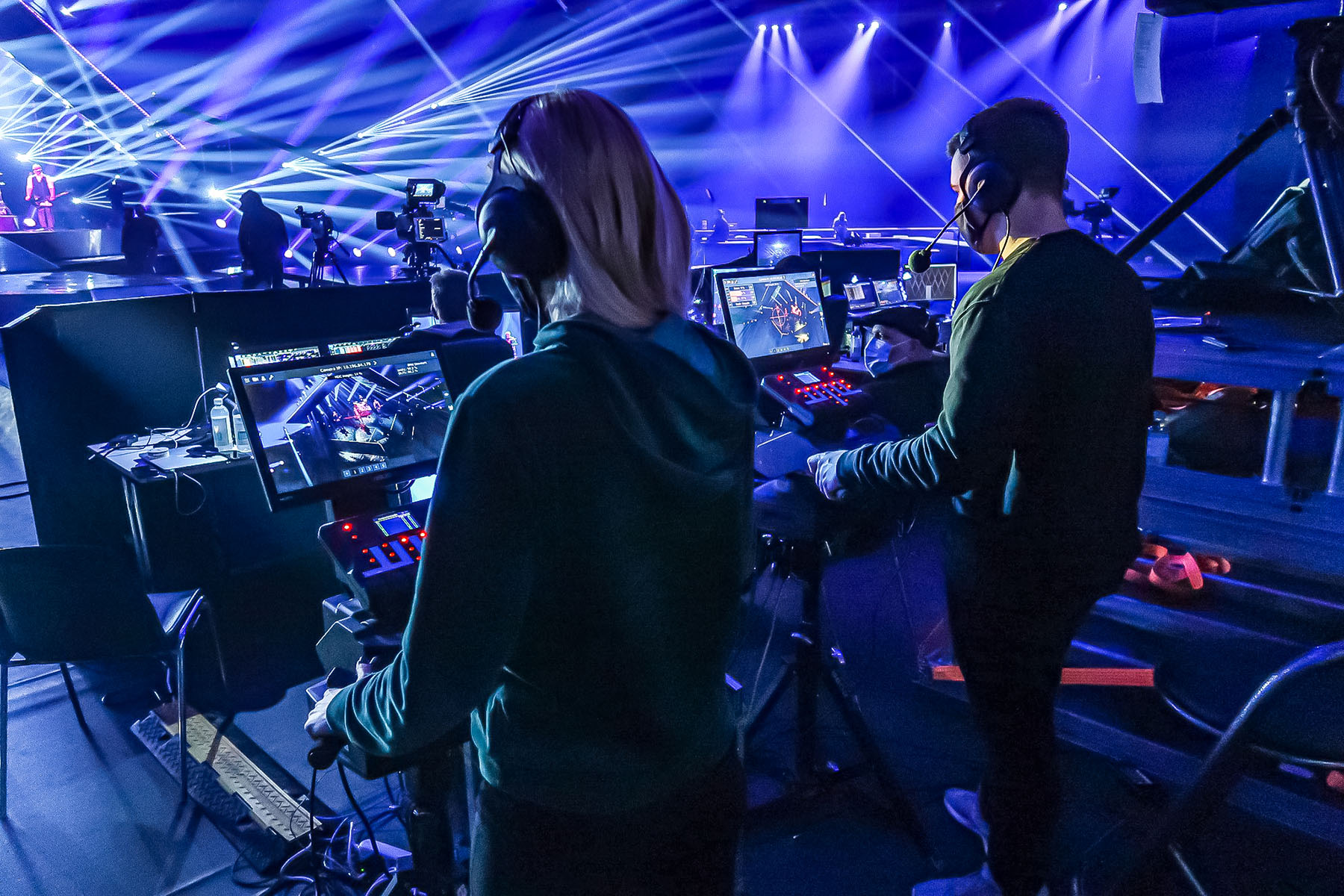 “The Lucky One” performed by singer-songwriter, pianist, and music producer Uku Suviste was declared the winner,selected by a combination of jury and public voting, and he will go on to represent Estonia in the 2021 Eurovision Song Contest in Rotterdam, the Netherlands in May.

Uku Suviste was also the country’s representative for the cancelled 2020 Eurovision event, so hopefully the goodwill of the song’s title will propel him forward with a chance to bring the coveted accolade back to Estonia!