For a large venue, the 115,000 sq. ft. Sonoran Lawn at the Rawhide Event Center often feels intimate to concert goers. Perhaps that’s because of the crowds that, prior to the pandemic, packed the site for the national acts that performed there. 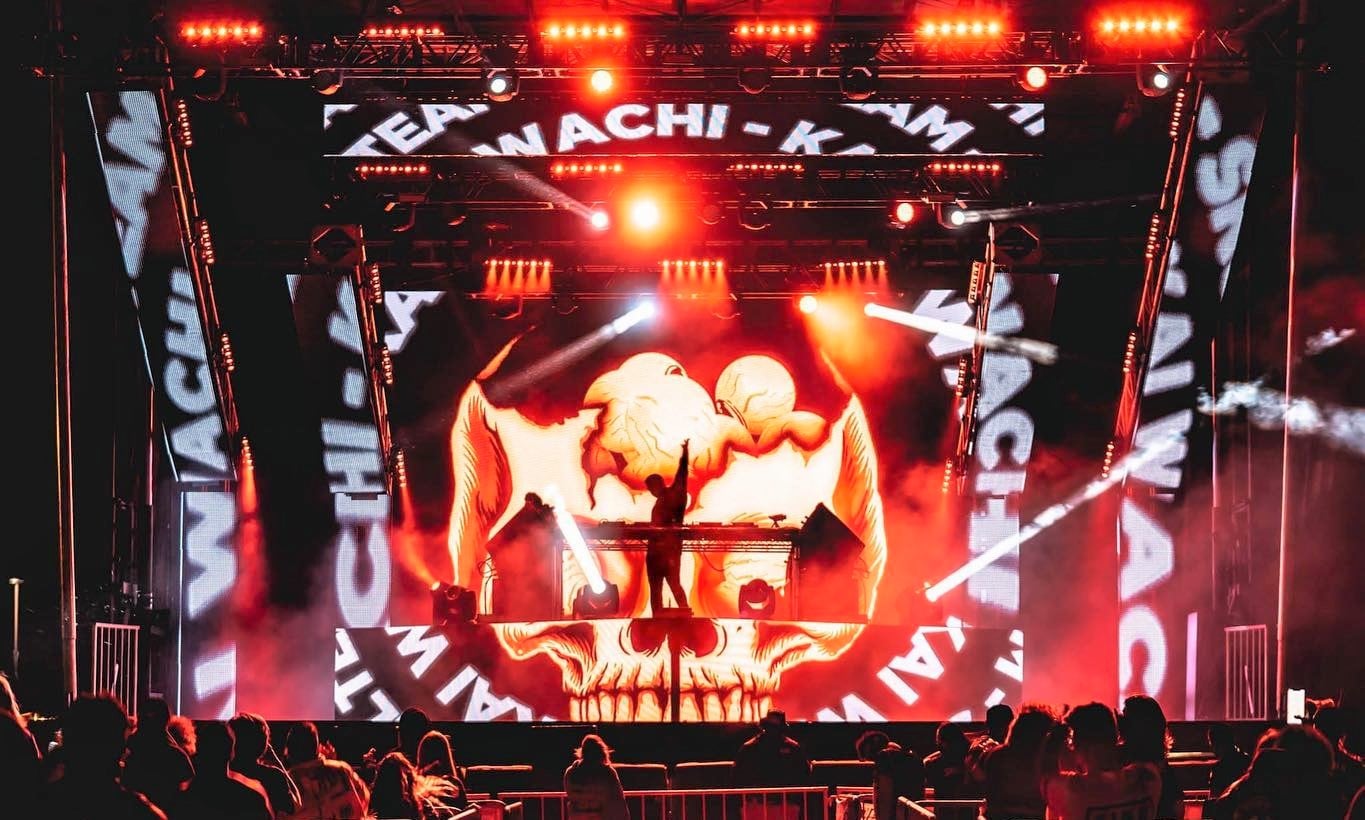 When Sullivan King, Ghastly and Shiba San appeared at the venue over three nights, headlining a series of EDM shows produced by Relentless Beats, COVID-19 safety protocols restricted the number of fans that could be present. Those lucky enough to score a ticket had to stay within widely-separated 8’ x 8’ pods.

Still, everyone was able to enjoy the sense of connectivity that this venue is known for, despite the limited crowd size, thanks to an engaging lighting design by Luis Torres that featured a collection of CHAUVET Professional Rogue and Maverick fixtures.

“There was a lot of social distancing at the venue, so my main goal was to connect the limited audience as much as possible to the acts on stage,” said Torres. “By directing light out towards the crowd, we helped to immerse people in the experience so they could feel like they were closer to the stage even if they were in the back row of pods.”

Helping Torres do this were the 16 Rogue R2X Beam units in his rig. Flown, four apiece on downstage, mid-stage and upstage truss, and positioned on the DJ riser, the 231-watt moving beams were used to direct bright light over the crowd. Drawing on the intense output (134,000 lux at 15-meters), Torres was able to cover the entire spacious venue with beams.

During much of the show, those beams were white. At other times they took on a golden hue. This palette was selected to foster a greater connection between the stage and the crowd and to work with the relatively small amount of fog Torres was able to use. 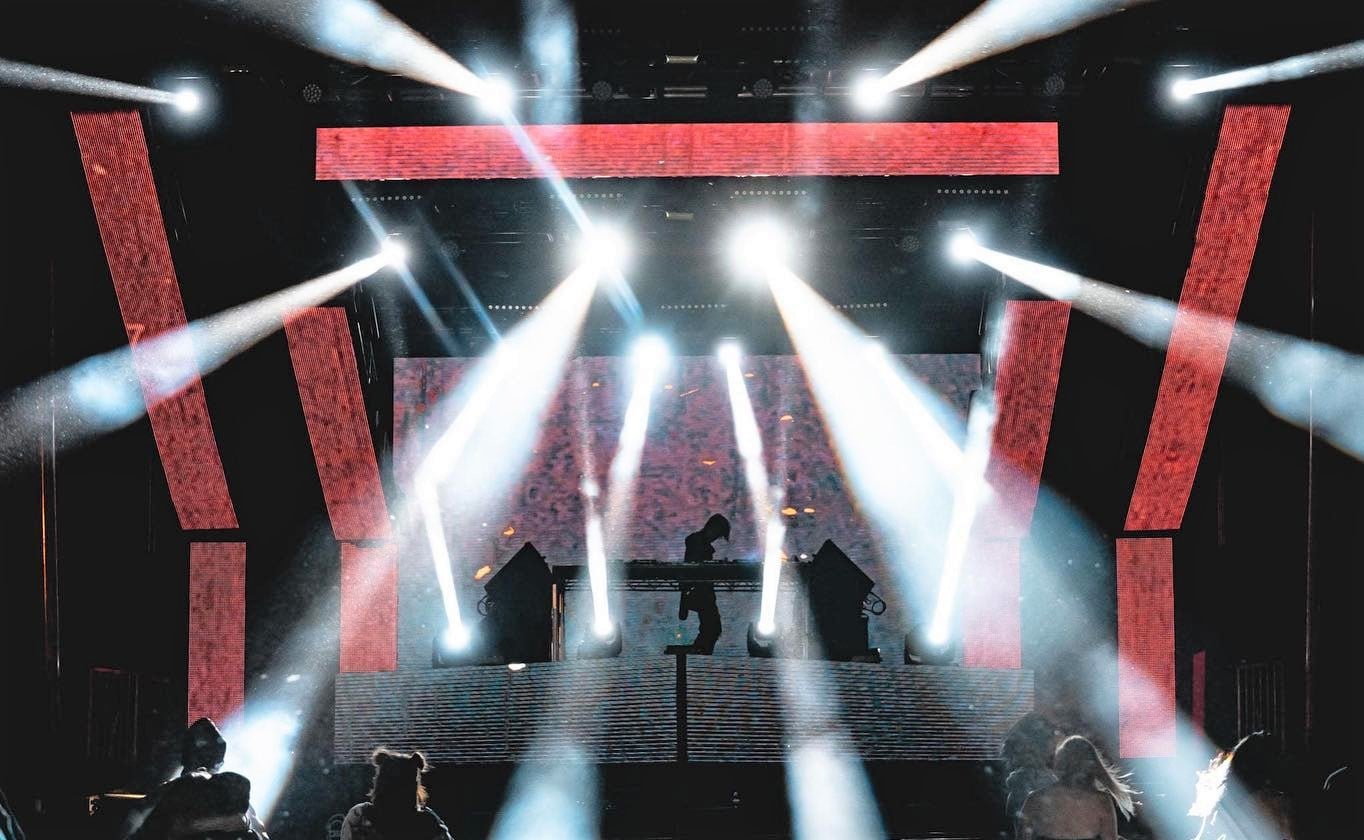 “I had to choose colors that would stand out and engage the audience when there wasn’t much fog due to the constant winds, but at the same time I had to keep up with the color patterns on the stage and video wall,” explained Torres. “In some parts of the show the lights would not stand out as much, but when it was time to use the gold tones they definitely popped.”

Torres also relied on the Rogue R2X Beam to create some distinctive looks. At several points during the show, he had the beams at about a 70-degree angle and utilized the “dots” gobo at a fast prism speed along with a dimming chase to create memorable images. “The way the gobo looks with the prism is just great,” he said.

Playing off nicely against the white and gold beams were there colorful washes on stage. Torres used 10 Rogue R2 Wash units to bathe the stage in a variety of colors. An additional two of the RGBW moving fixtures were used as key lights for the DJs.

To create extra depth, Torres positioned four Maverick MK2 Spot fixtures evenly along the upstage edge of the DJ Riser. “I wanted a powerful light that would allow me use some nice gobos and give the stage greater texture,” he said. “At the same time, I wanted a spot fixture so that I could use them to create some silhouette with the DJs in certain parts of the show.”

A massive 23’ x 13’ video wall along with smaller stage left and right video strips were also relied up to bring the crowd closer to the on-stage performances. “We had a big video presence, but the lights stood up to it very well,” said Torres. “I think there was a great balance between the amount of brightness in video and lighting throughout the whole show.”

It was through this balance, along with some adroit use of beams and gobos, as well as smooth color mixing that Torres was able to create a warm setting. As a result, the fans spread out across the big lawn, felt very connected to the show. It wasn’t as intimate as during the pre-COVID days, but for those in attendance, the immersive glow was very welcome. 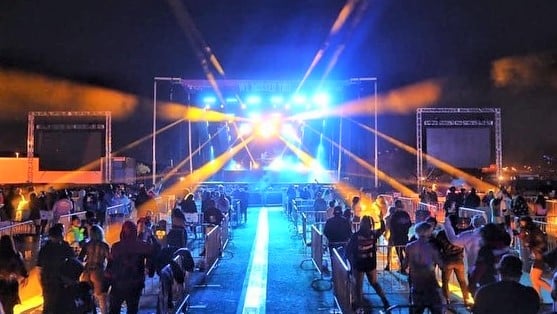