Rental company CGS Dry Hire, based in Denkendorf in southern Germany– known nationwide as CGS– and headed by Christian Geyer, relies on a large number of Robe’s just launched FORTE high powered LED moving lights, which have just been delivered via Robe Germany. These are now available for dry hire at CGS. 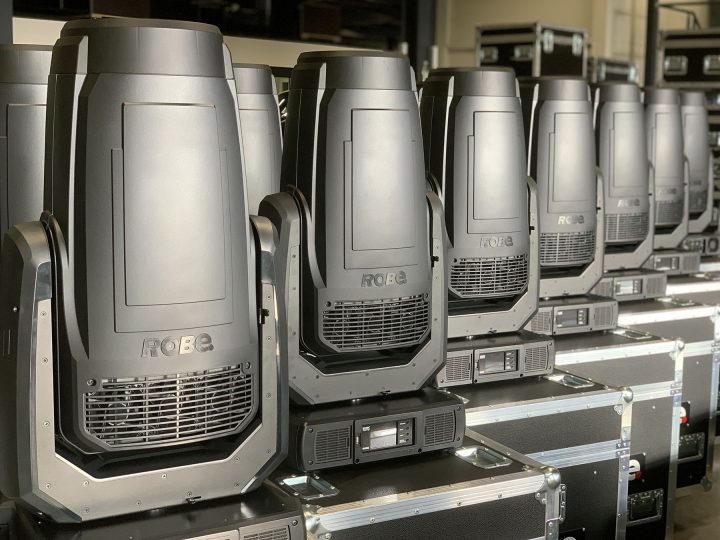 These are the first FORTES to be received in Germany and included in the rental stock of CGS for general lighting equipment – with Christian looking ahead to when the industry re-starts as pandemic lockdown rules startbeing eased.

Also,for a couple of specific jobs for which a high-powered multifunctional LED fixture was required.

Christian, who founded CGS in 1999 whilst still a technology-obsessed teenager and a keen DJ, commented, “Investing in premium brands and solid technology has always been a CGS trademark. It has helped enable us to build the company’s reputation for excellence, and we see FORTE as a smart option for rental stock that will help expand our market position both now and for years to come.”

He and his colleagues, including CGS Dry Hire department manager Josef Reichenstetter, noticed a groundswell of interest in the FORTE from lighting designers and the lighting community generally even before it was launched by Robe last month, and this encouraged them to organize a demo as soon as units were available.

Christian also staged selective shoot outs for key customers which included a FORTE and competitor products … where FORTE reliably proved to be the best with its 50,000 lumens of high-quality output unleashed by its potent self-referencing, data capturing TE™ 1,000W White LED engine.

FORTE also offered numerous other features that everyone rated, including a 5-55 degree zoom that properly addresses the demand for spot, wash and beam applications – perfect for a busy rental operation like CGS – and the weight of under 40kg.

“The plus / minus green control for broadcast environments is another popular feature liked by many lighting designers and directors,” commented Josef Reichenstetter, “So it was a combination of brightness, quality of light and all the features, plus Robe’s reputation for good engineering and reliability that impressed us.” 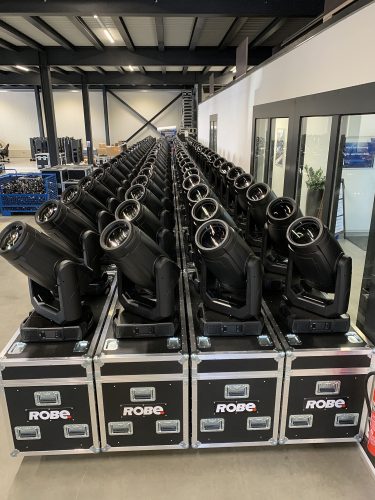 CGS has been constantly relying on Robe products throughout the last years.

At the end of 2019,they already purchased a quantity of ESPRITE LED profiles, which are also powered by Robe’spowerful TRANSFERRABLE ENGINE technology, and despite all the challenges faced during 2020, they also made some smaller investments in MegaPointes and RoboSpot systems to facilitate projects that have gone ahead in the last 12 months.

“We’re adding more Robe fixtures to our inventory step by step since Robe products are not only demanded in high quantities, but also almost always accepted as an alternative to any other brand,” comments Christian.

Like everyone, the CGS Team islooking forwardto the live show and event industry in Germany and elsewhere re-starting after a challenging year of surviving and fighting the pandemic!