Broadcast live outside the Los Angeles Convention Center, the 63rd GRAMMY® Awards offered viewers a night to celebrate music with elaborate performances from top artists across different musical genres. The audience-free show combined a mix of performances with the outdoor ceremony for select artists who were on-hand to accept the awards. The majority of the show’s 23 musical productions, as well as the ceremony, relied on Shure’s Axient® Digital Wireless System and Microphones. 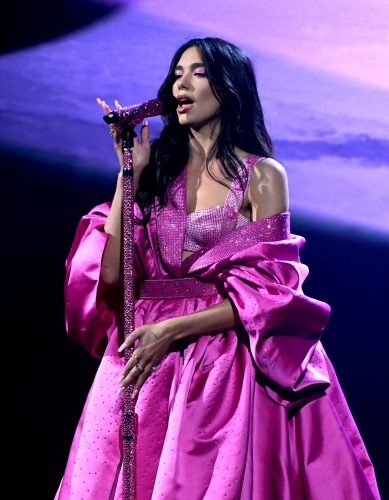 One of the hottest performances of the night was by Best New Artist, Megan Thee Stallion, who used an Axient Digital SM58 Handheld Microphone for her rendition of “Body” and the GRAMMY-winning “Savage”. Stallion was later joined on stage by Cardi B, who donned a Shure TwinPlex Headset Microphone paired with the sleek and easily concealable Axient Digital Micro Bodypack Transmitter.

As always, the broadcast paid tribute to the people lost last year. The In Memoriam included four heartfelt performances with Bruno Mars (Super 55) and Anderson Paak celebrating Little Richard, Lionel Richie (SM58) honoring Kenny Rogers, Chris Martin (SM58) and Brittany Howard (SM58) recognizing Gerry Marsden, and Brandi Carlile paying tribute to John Prine, one of the artists lost in 2020 to the coronavirus. At Grammys.com, visitors can see the names of nearly 1,000 people in the music industry, including Shure’s beloved Mark Brunner, vice president of corporate and government relations, who passed away last year. 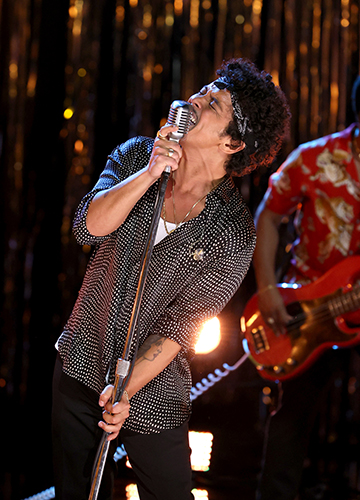 A notable addition to this year’s GRAMMY’s included The Academy recognizing several of the country’s independent music venues who have been greatly impacted by the pandemic this past year. Employees from the iconic New York’s Apollo Theater, Nashville’s Station Inn, and the Troubadour and the Hotel Café (both in Los Angeles) were on hand to present awards throughout the night.

The new format enabled musical acts to bring their songs to life. Lil Baby delivered a moving rendition of “The Bigger Picture,” where he used Beta® 58A.

“When it came to a mic choice for Lil Baby’s performance, going with Shure was a no brainer,” said Tim Hibbert, monitor engineer and broadcast mixer for Lil Baby. “Whether on stage or on set, I can always rely on the stability of the Axient Digital series. Couple that with the sonic stability of a Beta 58A capsule…you have magic.”