“SIA had a big challenge,” says THE Technology Sound Designer and System Engineer, Walid Antar, who worked alongside Front of House engineer Tamer Zouaiby, monitor engineer Andrew Esbergen, and network engineer Sbobo. “The spectators were seated in an area five times larger than in all previous years. Achieving full coverage with the same great sound as before for 6,000 people in such a big open space presented us with many challenges. We knew the only choice of system was L-Acoustics, and we needed to be very detailed in the design process, ensuring precision in every loudspeaker angle to avoid reflections and to account for the smaller number of people absorbing the energy of the system.”

The design also changed almost daily to accommodate new health and safety measures and modifications in the audience seating plan. “Because of the health and safety restrictions, we weren’t able to bring in external help from L-Acoustics as we would normally do, but by using the manufacturer’s Soundvision software, we were still able to achieve great results,” notes Walid. 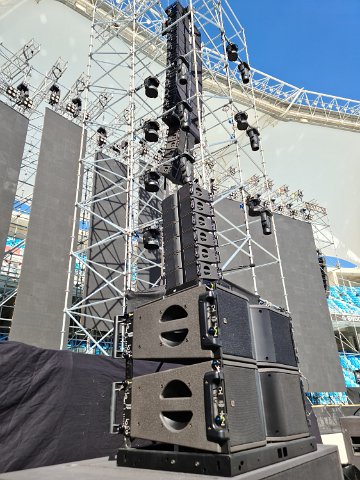 The final setup comprised main hangs of 12 K2 atop six Kara per side, with 12 stacks of two Kara atop two SB28 subs, evenly spaced in front of the stage lip. A further 60 Kara, 12 SB28 and eight SB18 catered for delays, while stage monitoring comprised two stacks of six Kara atop four SB28 for sidefill, plus 24 X15 HiQ along the stage lip. Control was via a total of eight LA12X and 27 LA8 amplified controllers.

Despite the challenges, SIA was impressed by L-Acoustics system’s clarity and the support from THE Technology. “Indeed, without the efforts of everyone involved, this concert would not have been able to go ahead,” says Antar.

The audience took the time to congratulate the production team on delivering an amazing experience amid elevated contact restrictions. “The back of the venue extend to about 150 metres, and some of the fans in the back worried that they might not be able to hear everything,” says Antar. “Fortunately, it was quite the contrary. Everything ran smoothly, all fans were treated to great sound, while the audience really enjoyed the performances.” 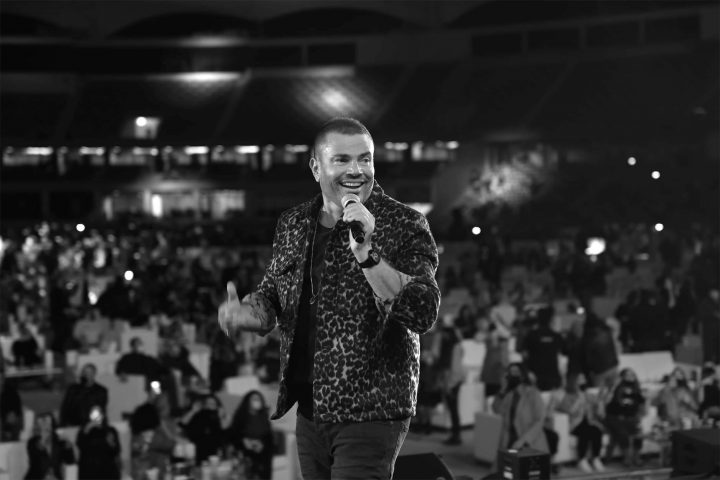 The success of Amr Diab’s show is a hopeful new beginning for live events in the Middle East, as the region begins to plan an exit from a year-long hiatus. “We believe that this new audience/area ratio will be the norm during the coming year, which means that adopting these practices will be a stepping-stone to bringing live events back to fans,” Antar concludes. “We are fortunate already to have a large stock of L-Acoustics sound equipment, but we plan to extend it even further to be ready to put on more great shows this year.”