At the end of 2020, Spanish singer Mónica Naranjo –a powerful voice on the Spanish and Latin music scenes –launched a special re-issue of her third studio album Minage originally released in 2000, which paid tribute to Italian artist Mina. Fast forward 20 years and Puro Minage features a full complement of the exact content that Naranjo had wanted to include in the project from the start. Marking the occasion,she played a special concert in front of a live audience – with Covid rules in place – at the Palau de Les Arts, Valencia, Spain. 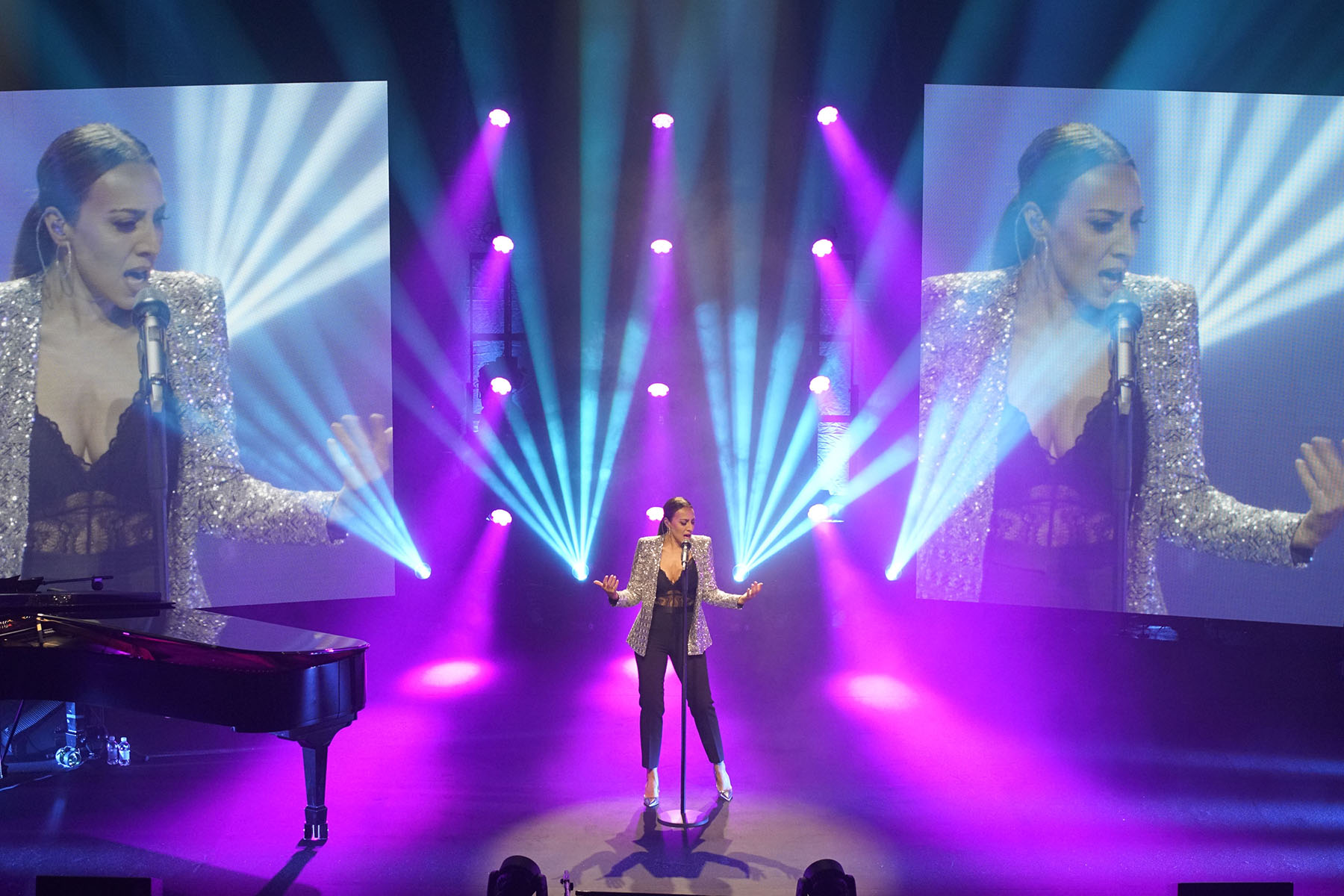 Lighting designer CaCo García has been working with the artist and her management team for around two years, and he chose to use 66 Robe moving lights to be at the centre of this outstanding show, which he helped deliver working closely with video director Alberto Arias.

CaCo discussed the moods and ambience that Mónica Naranjo wanted to evoke throughout her performance and then designed lighting together with the elegant set and staging concept that included two large upstage LED screens and several lighting structures.

“The look was clean, simple and classy and minimal,” he explained, taking a ‘less-is-more’ core approach. It had to work equally well live and for cameras – as the show was recorded for streaming.

CaCo has been using Robe products for some years in his work and chosen luminaires –42 x LEDBeam 150s, 12 x Pointes and 12 x LEDWash 300s were picked as the most appropriate. The small and unobtrusive size of all of these made them a perfect physical fit for this show and venue, and the output and features – especially zoom, colour, quiet running – offered all the theatricality and vibrance he wanted. 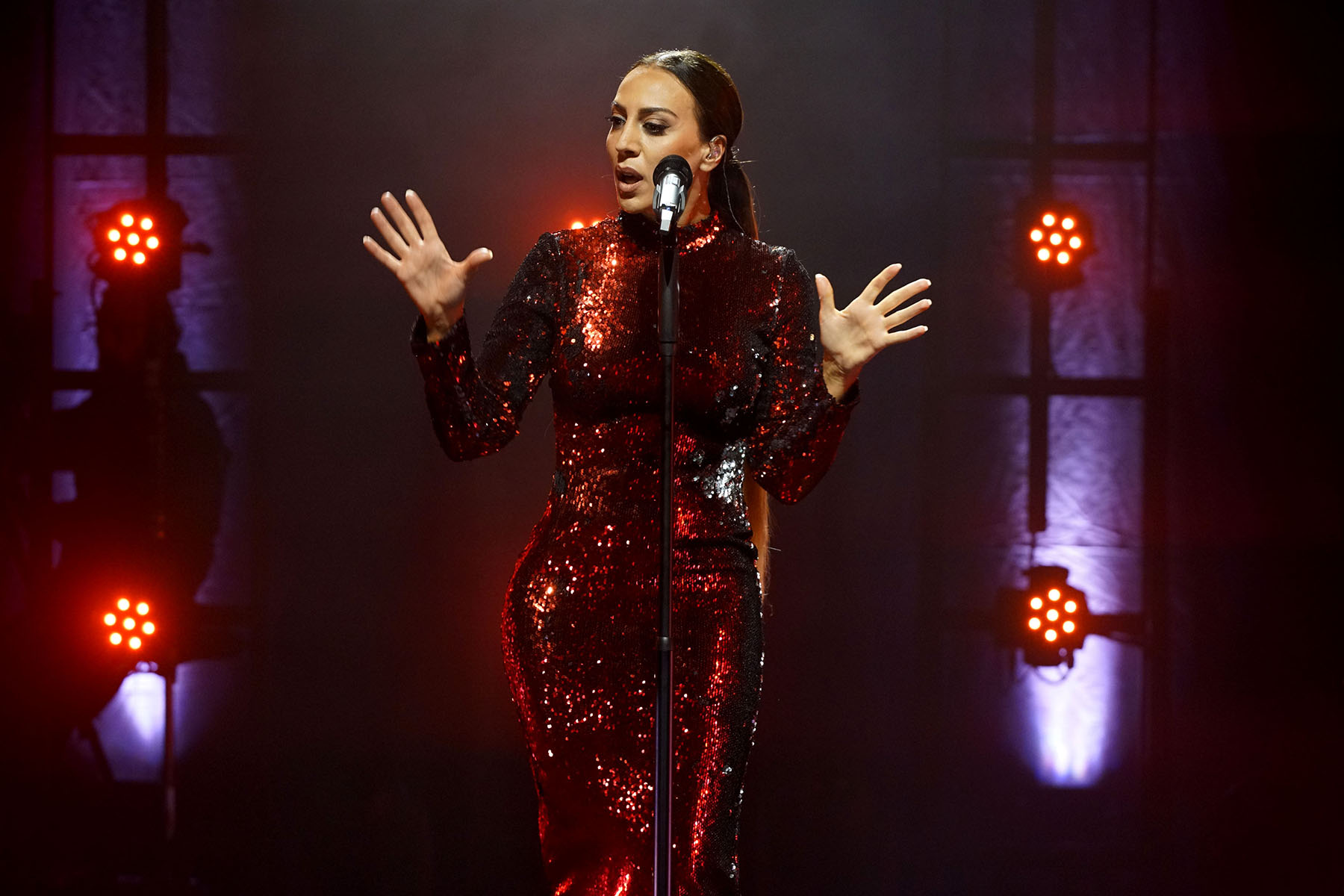 Thirty-six of the LEDBeam 150s were rigged in three 3 x 4 matrix grids on three upstage structures, two flanking the screens and one centrally in between, where they were ideal for dramatic back light and silhouetting.

These luminaires were a vital part of the scenography and set architecture and also ‘doubled’ as a light wall as CaCo added theatrical flourishes to the stage to match the dynamics of Naranjo’s performance.

The “fantastic” LEDBeam 150 zoom enabled a host of visual effects enthused CaCo, who says the zoom was the single most useful LEDBeam 150 feature for this show. “It’s extremely powerful and makes the fixture so much more versatile, together with the colour quality and the high luminosity.”

The other 12 fixtures were distributed between the front truss for full stage washes and on low boom stands in the downstage corners for front and cross stage washing, with two on the front lip of the stage as footlights and to colour and texture the floor.

The 12 x Pointes were on the front and rear trusses and the deck. They helped create multiple looks and effects, anything from throwing beams of light out into the audience to tightly projecting gobos and prisms over the artist.

The LEDWash 300+s provided additional low level cross stage washing, and those on the front truss were great for additional ‘TV lights’ and were also used to highlight the cloth backdrop. 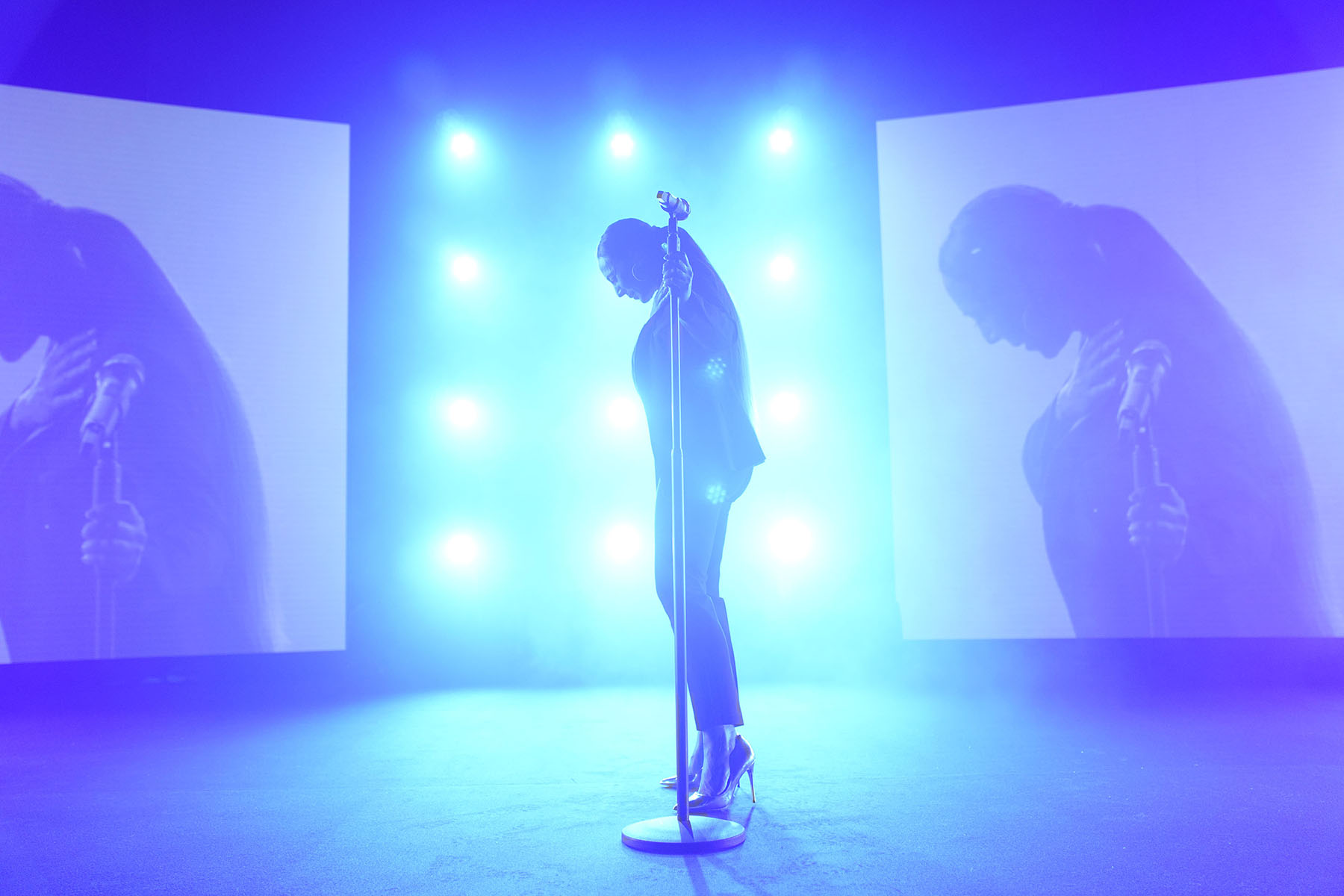 Programming the show himself, CaCo explains hereally enjoys working with the artist and commented, “Monica is highly involved in all her projects and keenly interested in all the technical disciplines and how they amalgamate and impact the performance. We have an ongoing dialogue related to the exact vibes she wants me to convey with lighting for all songs.”

Lighting equipment was supplied by rental company USE Sonido. It is also intended to take the show on tour to different venues as and when public performances start again in Spain this year.