As far as improvised livestream studios go, the 750 square foot performance space that owner Evan Kirkendall and GM Steve Wozniak created inside Harford Sound’s warehouse is pretty big. It’s also beefy, with a rig that includes over 75 CHAUVET Professional fixtures and a massive 18’ by 10’ video wall made with F4IP panels. 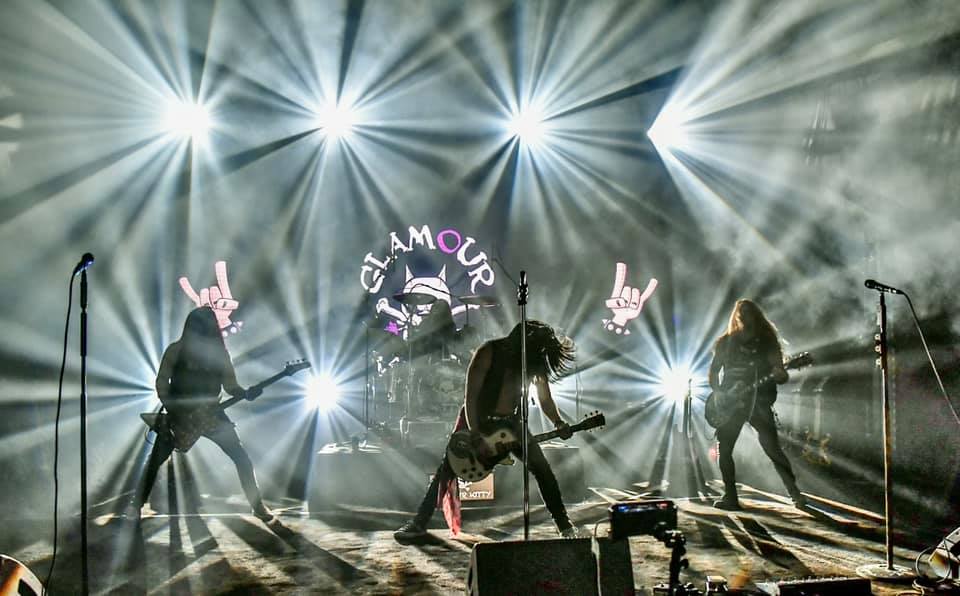 Even the most well-endowed livestream spaces, however, can’t match the sheer firepower of a stadium rig. But that didn’t stop the Harford Sound team and lighting designer Kyle Ryman from replicating the hard-driving intensity of a mega-venue stage for the arena rock tribute band Glamour Kitty.

“Performance spaces like ours that have cropped up since COVID aren’t the biggest, but with a solid band and talented LD, they can create settings that come across great at conveying largescale energy,” said Wozniak. “Kyle did a great job making this performance come alive so it could really speak to viewers.”

Going with dramatic, synced hits, Ryman was able to create punchy vistas that captured the spirit of Glamour Kitty’s thunderous tributes to bands like Bon Jovi and Van Halen. In deference to the limitations of the livestream video format, he curbed his use of sweeping crossing patterns and aerial effects. In their place, his camera-friendly design filled the viewer’s screen with a torrent of big, but tightly focused, looks featuring sharp-edged gobo patterns from his eight Maverick MK2 Spot fixtures. He also used his rig to create dynamic chase sequences and immersive starburst patterns. 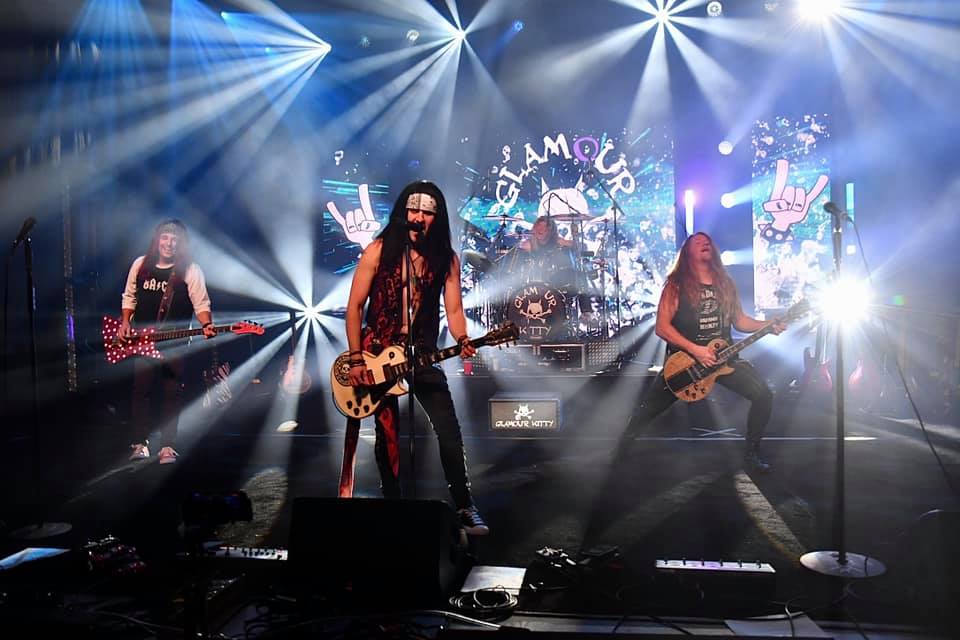 Bold color changes were also an important part of Ryman’s design vision. He washed the set with an intense and varied palette from his 24 Rogue R2X Wash fixtures and 16 COLORado Solo Battens.

Adding to the arena atmosphere were vivid graphics displayed on the large video wall that ran across the upstage boundary. Relying on complex patterns and strategically chosen dark spaces, the design team used the video wall to create a sense of depth for the camera that seemed to enlarge the stage.

“We get very clear images from the F4IPs,” said Wozniak. “The ability to throw these sharp graphics on them was a huge part of conveying the right mood for this livestream. Our video team utilized a vast library of ‘era appropriate’ content to help the songs speak more directly to the audience.” 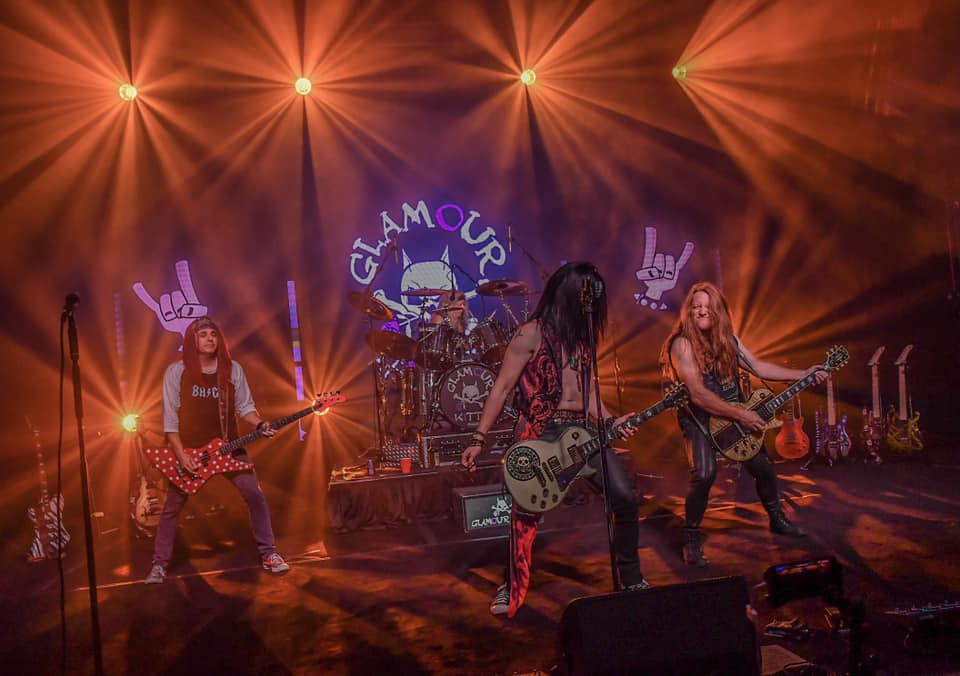 The video wall content also added an “eye candy element” to the show according to Wozniak. Eye candy is an integral part of arena shows, and having it behind the band was, as he points out an important part of “capturing the flavor of the total stadium experience.”