The Deutsches Theater in Berlin is one of Germany’s foremost producing houses, highly acclaimed for its cutting-edge work. In the last year, the venue has added 20 x Robe T1 Profiles which are available across its stages, a move specified and overseen by head of lighting Robert Grauel and his team including Linus Zahn who is the lighting systems tech and person in charge of new technologies. 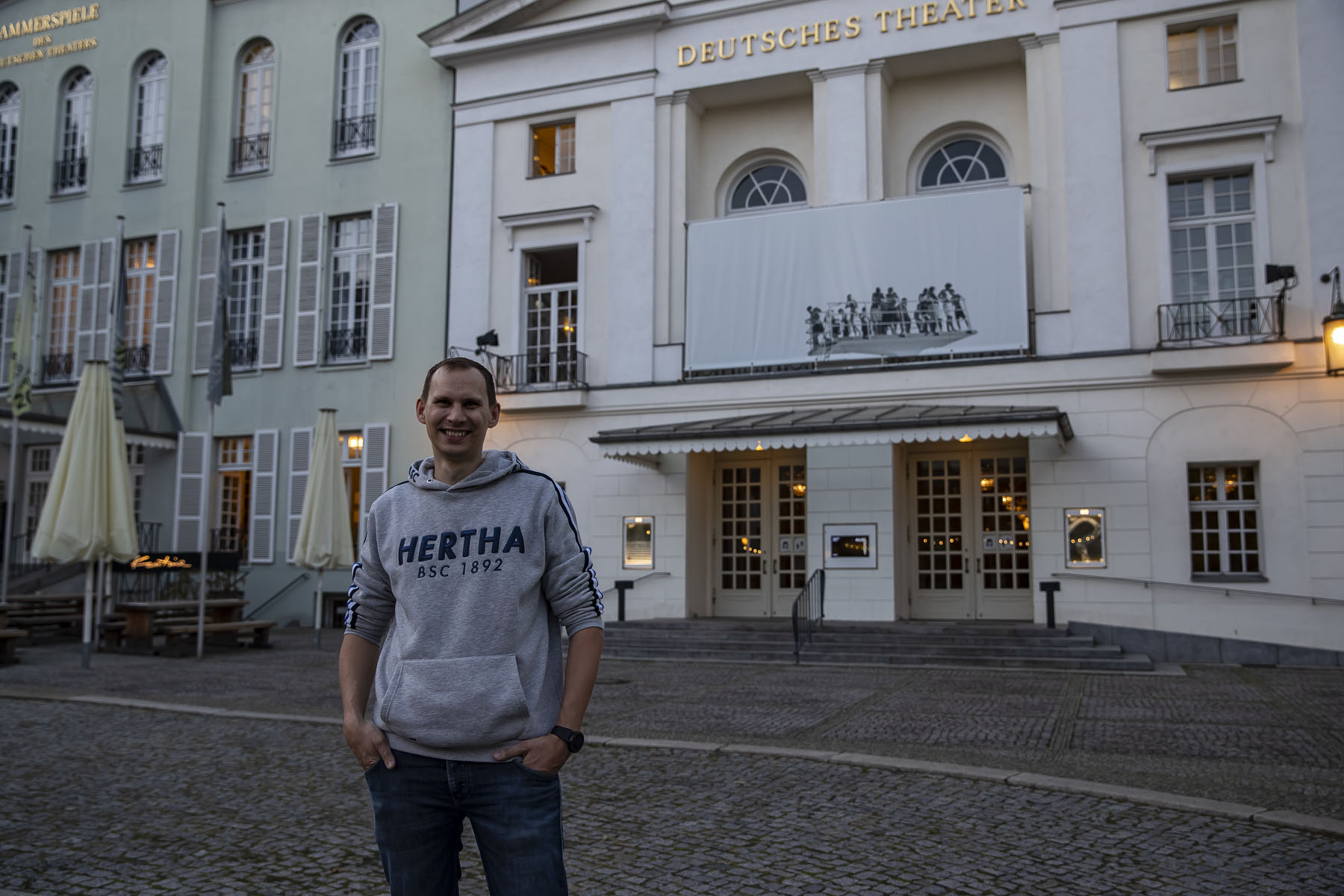 The main stage was originally built in 1850 and the building now consists of two adjoining stages–the 600-capacity main stage and the 280-seat Kammerspiele established by the legendary Max Reinhardt in 1906 for modern drama – sharing a common, classical façade.

The Box is a black box studio space located in the Kammerspiele foyer in 2006 with seating for 80 people, and there are extensive rehearsal rooms, workshops, and storage facilities in a new building behind.

The theatre’s output is prolific. An average year (of which 2020 was NOT!), sees each stage present approximately nine new productions, and a significant amount of these will also tour around Germany, with three or four also going on to tour worldwide, all simultaneously.

It is a buzzing hive of creative activity in the heart of vibrant Berlin.

The Robe T1 Profiles were selected from a shortlist of three fixtures from different manufacturers explained Linus, who is part of a 35-strong lighting department working across all the stages and rehearsal areas.

Linus is an experienced programmer and operator in addition to being systems tech and is responsible for the theatre-wide lighting networks and all their associated components. He is also one of the house pyrotechnicians and was instrumental in making the T1 Profile investment decision. 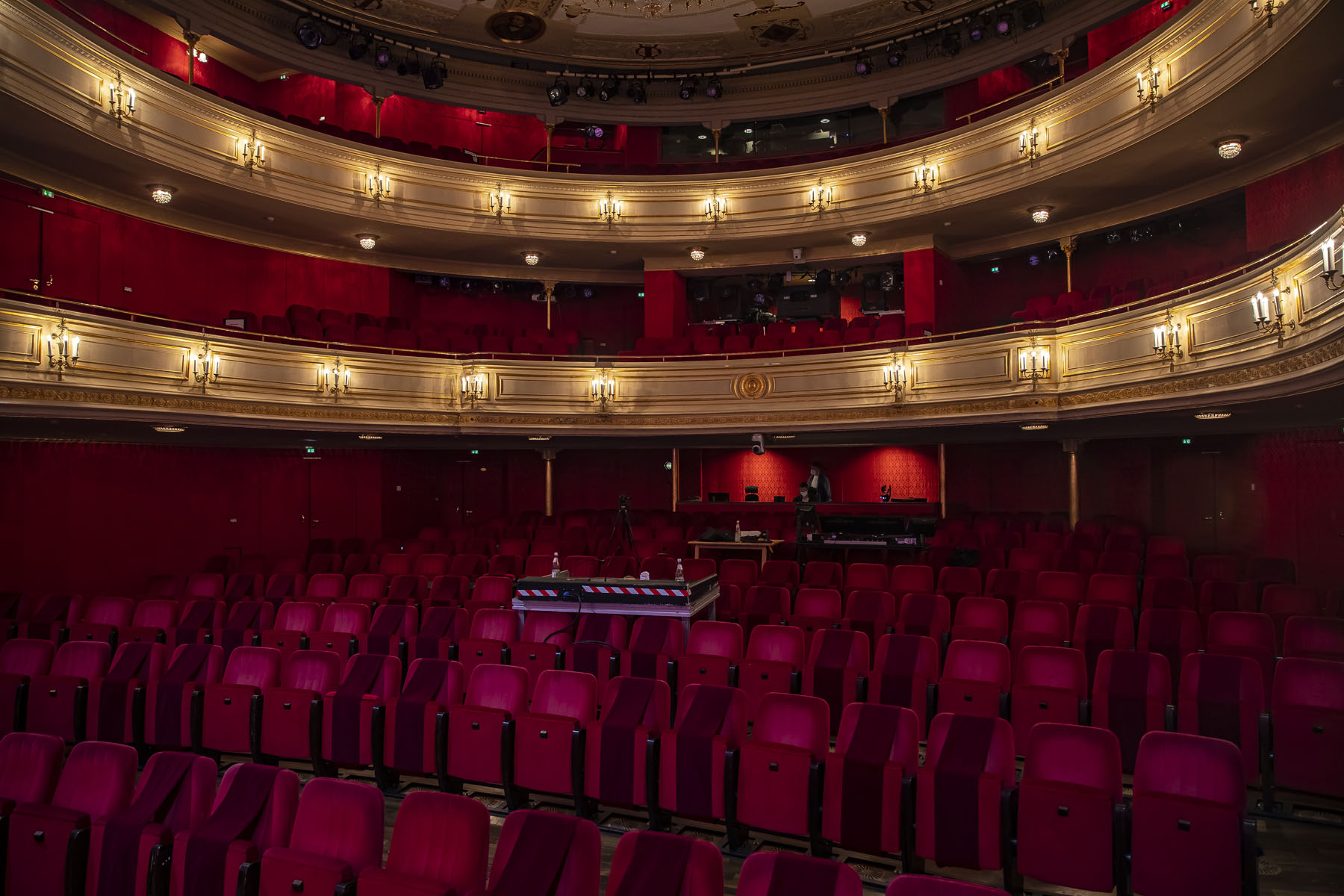 Part of his responsibility involves keeping an eye on new and emerging technologies and arranging demonstrations thereof for the theatre and the lighting technical teams.

Before joining Deutsches Theater, he worked in the live events and touring sectors of the industry, and this is where he initially encountered Robe products, which he has always liked.

When it came to looking for an LED Profile spot for Deutsches Theater, Linus and his colleagues examined the three main options – including the Robe luminaires – all of which were made available so they could be evaluated fully over a longer period.

Critical factors compared included brightness, colour rendering, skin tonality and the accuracy of the shutter system. “All the requirements specific to theatre performance needed to be at ‘industry standard’ levels,” commented Linus.

Other factors like the additive colour mixing then started giving the T1 Profile the edge.

The theatre also needed a moving light that worked well with their existing stock of LED profiles and wash fixtures, and “the T1 Profile harmonizes perfectly” with these stated Linus, making the overall lighting rig even more flexible and adaptable.

The T1 Profile’s colour temperature control was another feature impressing Linus and the crew as they work a lot with different CT whites needing clean and high-quality sources. 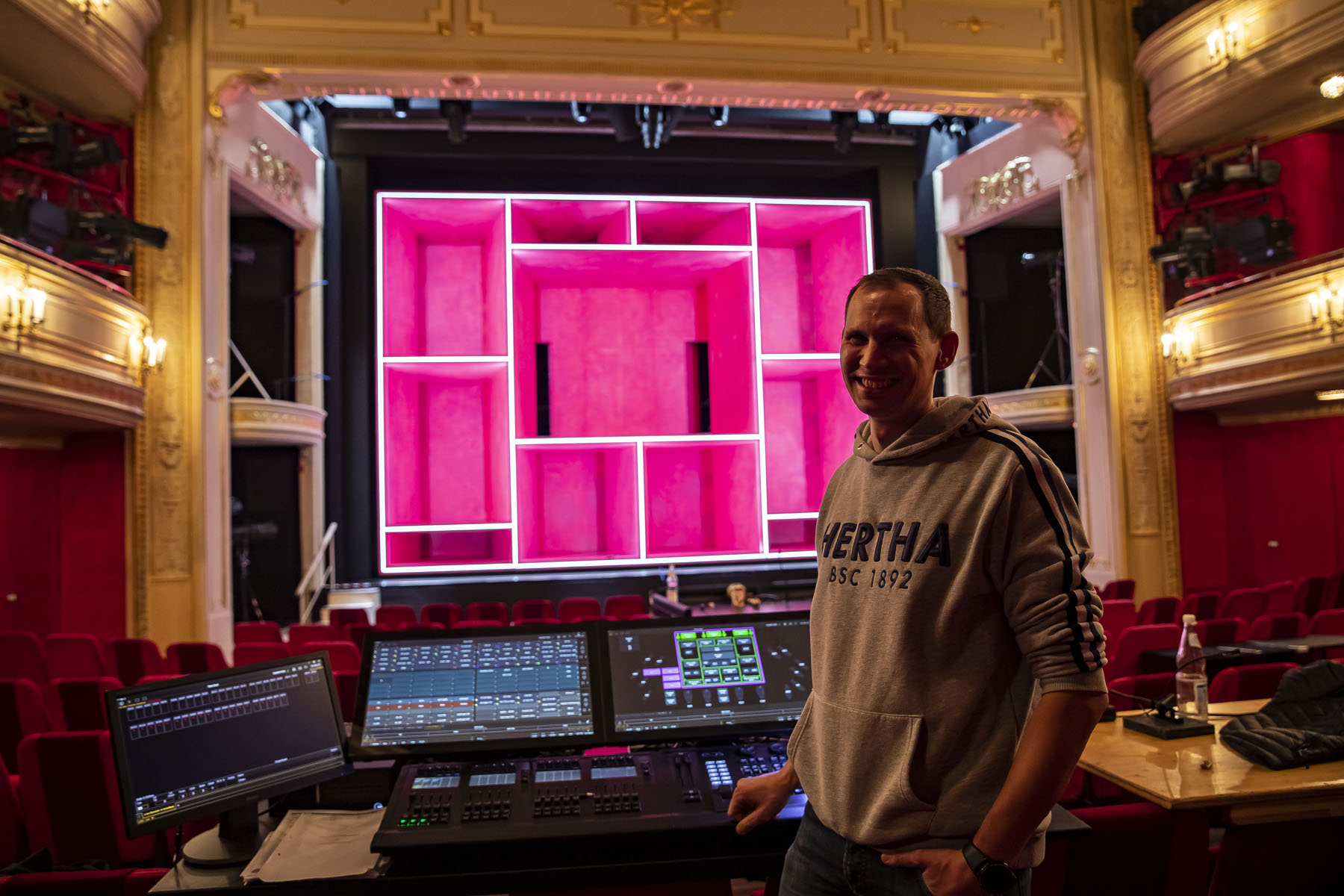 RDM compatibility was helpful,together with the wireless DMX option in the T1 Profile, as the main house already has a large Lumen Radio system in place.

Robe fixtures first appeared at the DeutschesTheater in 2016 for a production of Man in the Holocene directed by Thom Luz with lighting designed by Matthias Vogel.

They needed a compact moving light that had a sharp narrow beam that could shoot across the stage, reflect off five mirrors and interact with the main actor.

As well as fulfilling the basic dramatic criteria, it offered other benefits like a decent zoom which made it multifunctional and usable for other lighting effects and tasks. Again, RDM was important because the venue’s own ETC Concert showfile stores information from all relevant devices so they can be used again in future … as wasthe option for an inbuilt Lumen Radio wireless DMX receiver as the lights were positioned on the main stage revolve.

Furthermore, streaming-ACN (sACN) protocol was implemented so the Pointesticked all the boxes and were purchased for this show. Two Spikies were purchased shortly after for In the Case of J. Robert Oppenheimer followed by the T1 Profiles.

As a brand generally Linusthinks Robe has developedquietly and steadily in the theatre sector tobeing a manufacturer“getting things right with a range of excellent theatre orientated products that have quickly implemented features from many wish lists.” 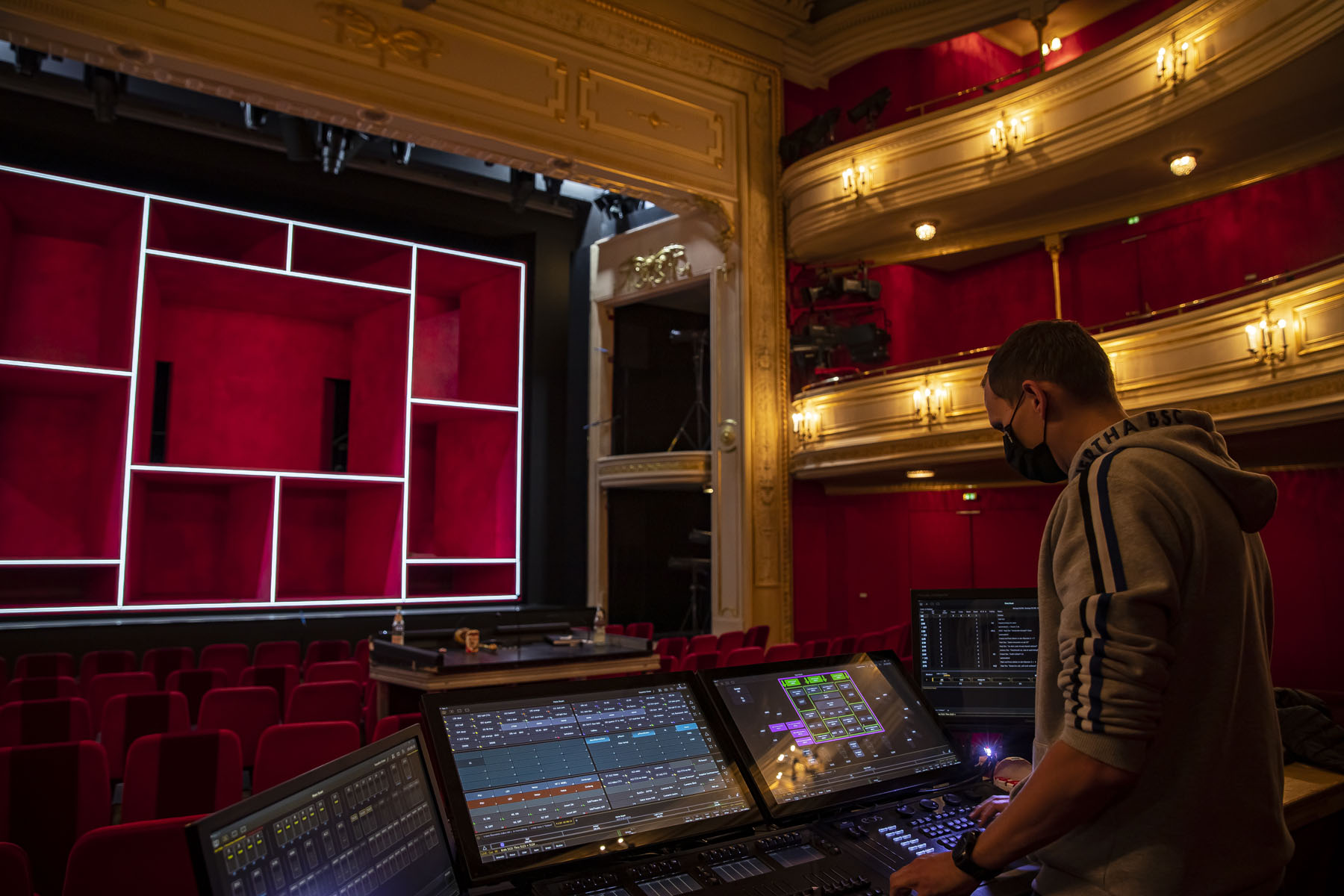 Like all theatres and any live entertainment venues, 2020 has been a tough year for DeutschesTheaterdue to the pandemic, but, looking forward to 2021 with a vaccine on the horizon and the prospect of some sort of normalcy, Linus is hopeful that the relationship with Robe will continue to grow as they ramp up their production schedules.

Right now, the DeutschesTheater – like all other cultural institutions – is closed to visitors and awaiting news of when it will be able to re-open.

Meantime, the technical staff have been making the best of the pandemic situation using the time for planned maintenance and for renewing some of the other lighting equipment in the house!

And … we are happy to announce that 8 x Robe ESPRITES, four more T1 Profiles, six Tarrantula LED wash beams, six ParFect 150s FW RGBAs and a RoboSpot system including RoboSpot MotionCameras … have now joined the other Robe fixtures at the theatre, In addition to that, some more Robe purchases are planned for 2021 to facilitate a complex up-coming production to be staged later in the year.