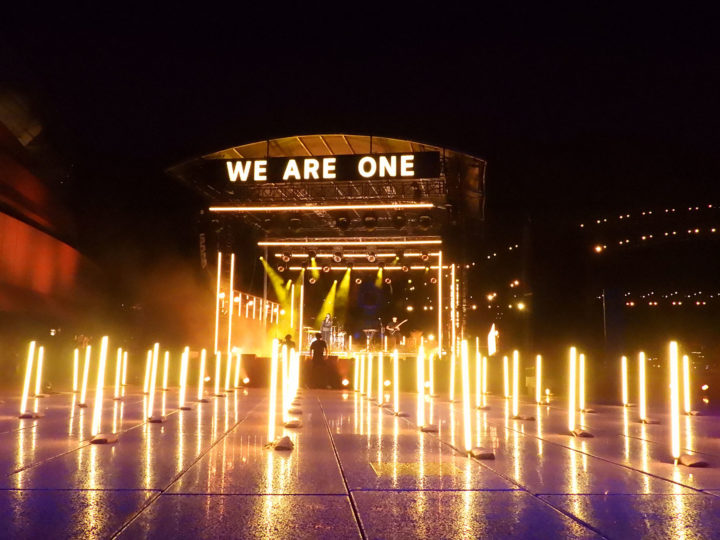 This year the event was named “We Are One” following 12 gruelling months that started with raging bushfires and ended with the ongoing pandemic. As the date neared, the very tough decision was taken to go ahead without a live audience, due to general Coronavirus concerns, then a fast-spreading local cluster developing in the days immediately prior meant that even plans for a limited capacity ‘local hero’ audience – nominated by communities – had to be dropped.

Wanting to fill the gap immediately in front of the stage with some sort of atmospheric element that would look good on camera … Hugh and the team from lighting vendor Chameleon Touring Systems proposed 56 x vertical Astera Titan Tubes, set up to create an interesting and dynamic “immersive light display” later dubbed ‘The Field of Dreams’ by the producers.

With the poetic name and a massive task ahead, the Astera Titan Tubes had plenty to live up to!

This inventive visual solution had to compliment and work harmoniously with both the stage lighting rig designed by Hugh, and the Sydney Harbour Bridge illuminations designed by Ziggy Ziegler. 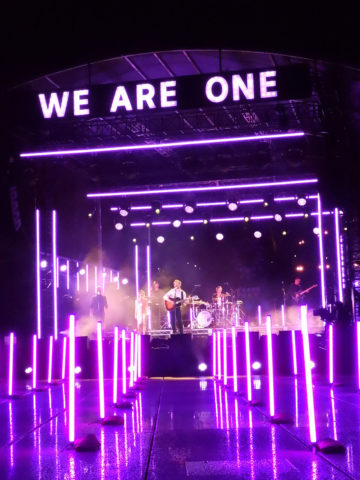 Underlining the symbolic importance of this year’s roll over, for the first time ever the broadcast was split between ‘live’ stages in Sydney and Melbourne, both with a stellar line-up including Paul Kelly, Amy Shark, DMA’s, Vera Blue, The Teskey Brothers, Casey Donovan, Odette and Ben Lee.

The Sydney Stage site was harbourside on the Opera House’s northern forecourt complete with a stunning view of the Bridge behind.

“The idea was to support the various performances visually with chases, pulses and effects running through the Titan Tubes,” explained Hugh, who has used Astera products on several recent TV shows like The Masked Singer Australia, Australian Ninja Warrior and Name that Tune (US).

“Even if I don’t always have a specific use for them in mind, they are amazing fixtures to have on standby … for use as needed,” he confirmed, adding “being wireless and with a long battery life, they are instantly deployable and they read well on cameras / television without any flicker or colour rendering issues.”

For the “We Are One” concert, the Titan Tubes were run in 4-cell RGB and dim modes, which produced good colour and intensity from the units without devouring too many DMX channels! 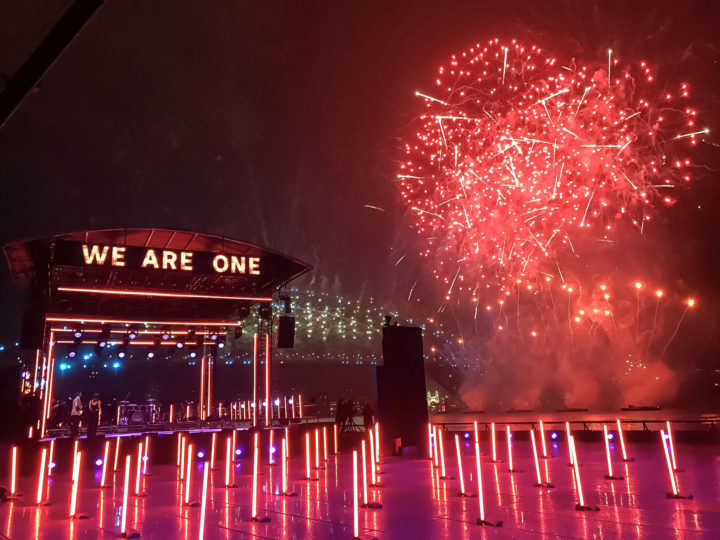 For time and programming expediency, the Astera units were cloned in the grandMA2 lighting console on which Hugh ran the show so they could work in unison with other LED fixtures on the rig or independently.

Planning for the notorious sea winds, the ABC’s art department supplied a sandbag that anchored each Titan Tube stand to the floor, wrapped in Hessian fabric to blend into the granite colour of the forecourt.

“The Asteras’ battery power and wireless control greatly assisted in creating the clean, streamlined aesthetic we wanted, and saved considerable time due to needing no cable management. Being waterproof was a great asset as it rained for periods on the night!

“While the lighting wasn’t a replacement for the energy and passion of a live audience, the Titan Tubes were a fantastic addition and helped deliver a memorable NYE event full of the spirit of optimism and looking forward to a better year ahead,” concluded Hugh. 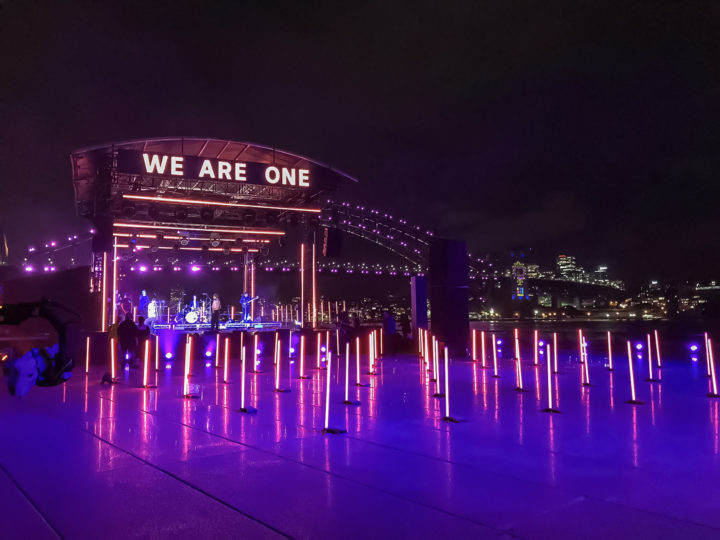