Since 2008’s Here Is My Song, Jesus Culture worship leader Kim Walker-Smith has risen up the Contemporary Christian music charts, with her 2017 studio release, On My Side, and its “Thone Room” single ultimately earning her the top spot. To support her latest live release, Wild Heart, the singer/songwriter has recently been out on three “Worship Nights” mini-tours of large churches and Christian universities, all of which have been sold out to half-capacity per COVID protocols. 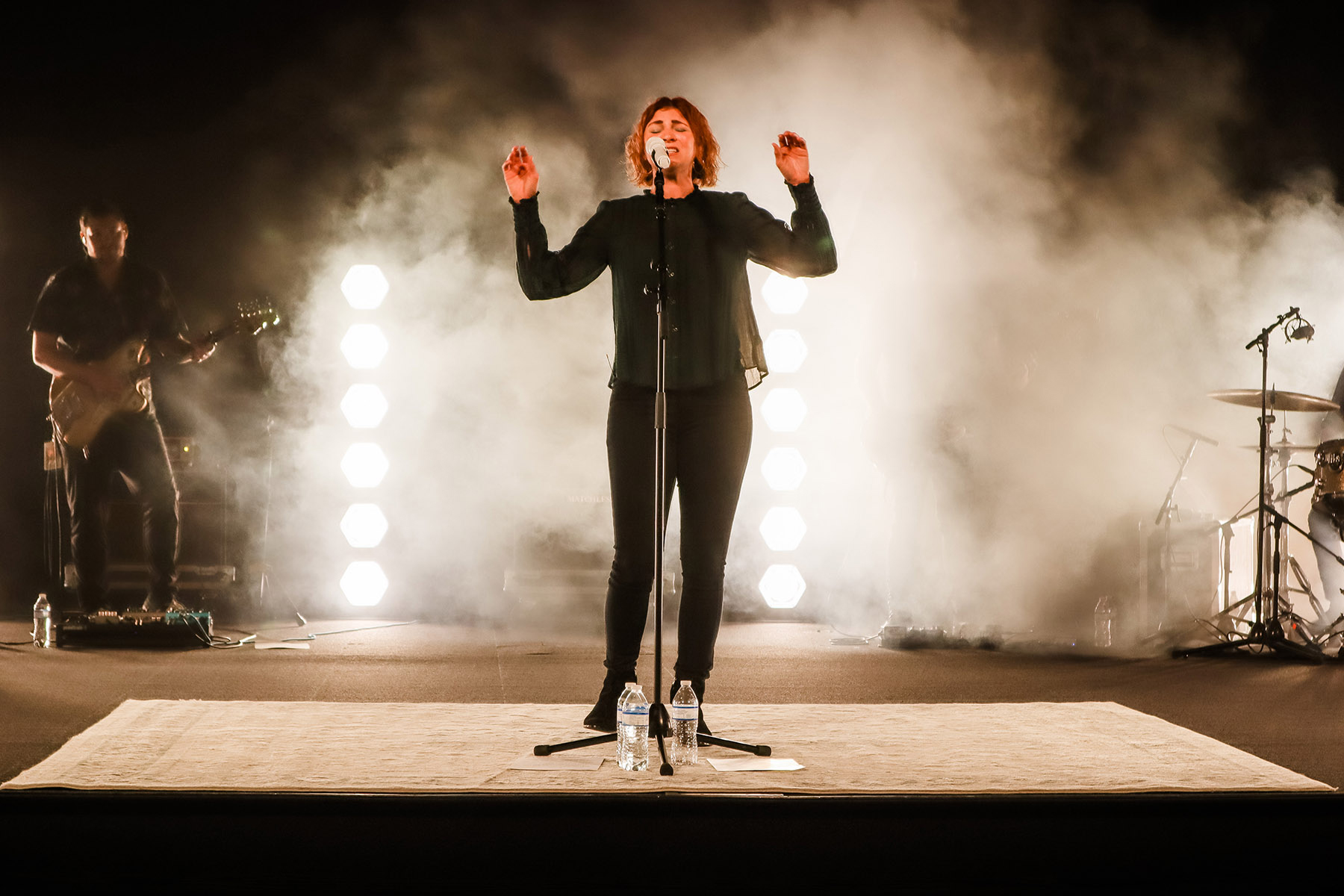 For the tours, Wichita Falls-based Front Porch Productions has been supplying a pair of DiGiCo SD12 96 FOH and monitor consoles sharing an SD-Rack equipped with 32-bit “Ultimate Stadius” mic pres on an Optocore fiber-optic loop. According to Front Porch Co-owner Aaron Talley, who has also been serving as the monitor engineer for each of the four-show runs, he and his business partner, Matt Drake, purchased their consoles three years ago on a leap of faith.

“We’ve had our SD12s since August of 2017, and before we bought them, I hadn’t ever used a DiGiCo—I literally had never laid a finger on any of their products,” he says. “That being said, we became aware of the brand’s reputation and rider demand, and we knew that it was the right investment to move forward. So we ordered the two consoles, quickly got up to speed on them when they arrived, and one week later we had them out on the road.”

The front-of-house mix for Walker-Smith’s latest touring has been in the capable hands of Daniel Ellis, who, in addition to working with David Crowder and The Digital Age, has been Jesus Culture’s FOH engineer for the past decade. “I’ve been using DiGiCo fairly exclusively for a while now,” he says. “Every now and then I’ll randomly try another console just because I want to stay familiar with other platforms and make sure I’m not missing anything good out there, but I always come back to DiGiCo.” 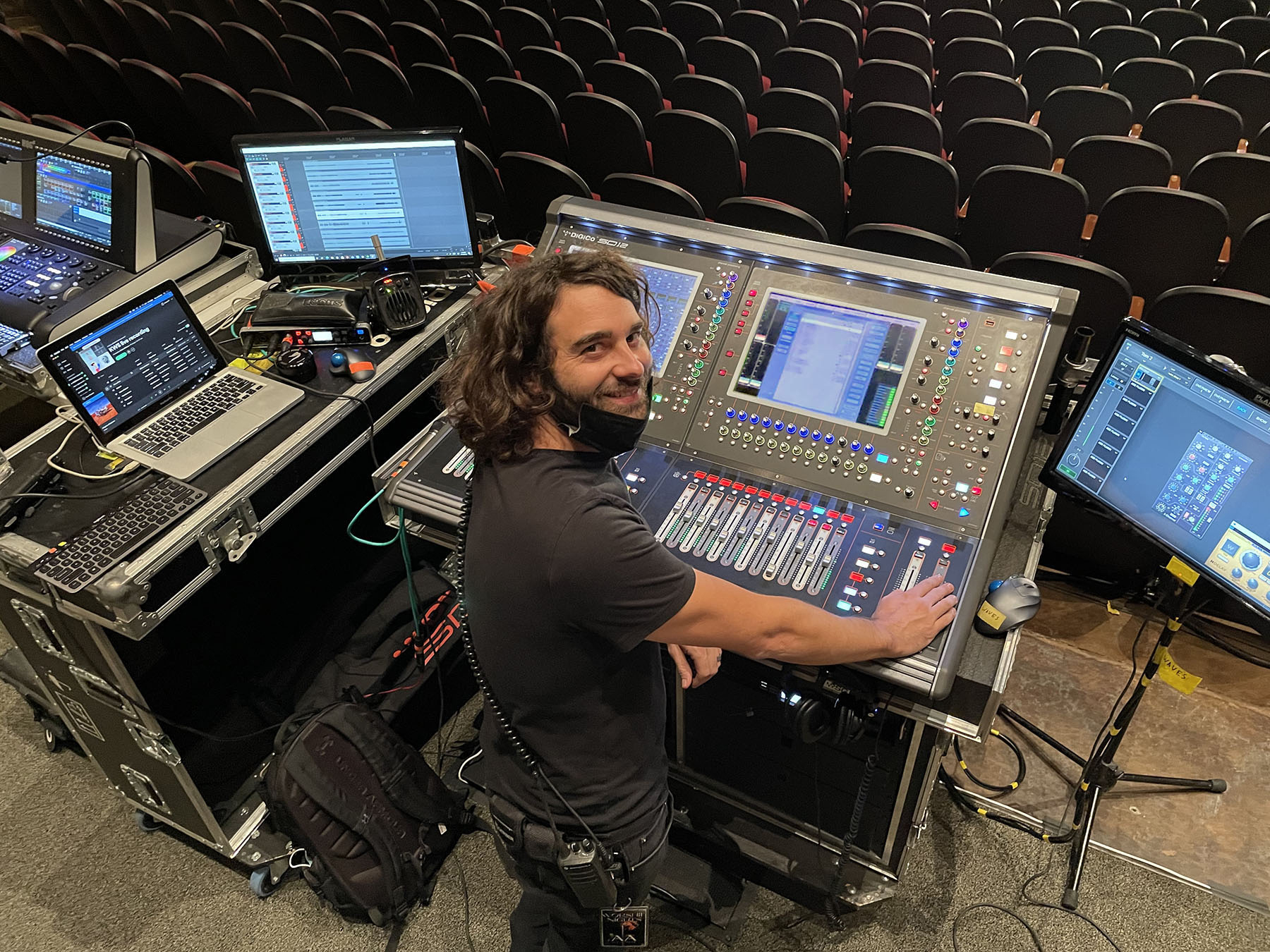 For Ellis, the SD12 represents the ideal balance of facilities and footprint. “The SD12 is perfect for what we do with the number of inputs and busses it has, and its compact size helps us easily fit our touring package into one bus trailer. I’ve had a Waves server at front of house for Kim’s latest tours, but I’ve kept most of the processing on the console, which has sounded great. And Aaron and I have both been using DiGiGrid MGB MADI interfaces to get signals into REAPER for recording her shows.”

“Macros on the SD12 are also amazing,” he adds. “I don’t have any special ones that haven’t already been talked about a hundred times, but they’ve been raved about because they are so helpful to have in your workflow. One of my favorites is the one that bypasses all Waves plugins. I’ll do that every now and then during soundcheck just to make sure I’m not going down a plugin rabbit-hole and making the mix worse!” he laughs. “Also, I really love using MIDI to trigger things. It’s such a simple pleasure to fire a snapshot that can play a specific song on my laptop and turn up a fader without touching it.”

At the other end of the fiber loop, Talley, who is manning the monitor SD12 96 console, reports that the tours’ relatively sparse input count of only 36 channels is complemented by an equally modest count of six stereo IEM mixes on stage: two for vocalists, plus keys, electric guitar, bass, and drums. “This has been the lowest number of mixes that I think we’ve ever had, and the console can obviously handle much more thrown at it, but I’ve been really happy with how it’s performed. ​I’ve only used the desk’s onboard processing on my end—EQ, compression, and reverb—and the sound quality has been top-tier. Daniel and I have also really enjoyed the Con Send and Receive function on our consoles; we use it all the time and it’s an absolute necessity for us.”

“When we were looking to grow Front Porch’s console inventory a few years ago, I talked to many people and looked at many products,” Talley recalls. “Every time the DiGiCo name came up, no one ever had anything bad to say about it, aside from maybe the fact that it’s not a cheap console, but that’s simply the cost of doing professional business.”

“I love knowing that when someone asks, ‘Can it do…,’ I really don’t need to wait for the rest of the question and can confidently respond, ‘Yes, it can!’ From arenas to clubs to broadcast rooms in a basement of a convention center, there has never been a time where the SD platform has not effortlessly been able to do what we needed. Engineers and artists all have their various reasons for wanting to use a DiGiCo: features, sound, reliability, reputation or something else. Regardless of what those reasons are, having DiGiCo in our inventory has certainly been one of the best moves we’ve ever made.”