Countries worldwide welcomed 2021 in many different, creative and Covid-safe ways, recognising the highly symbolic temporal roll-over from a year where everyone everywhere has been impacted dramatically by the pandemic. 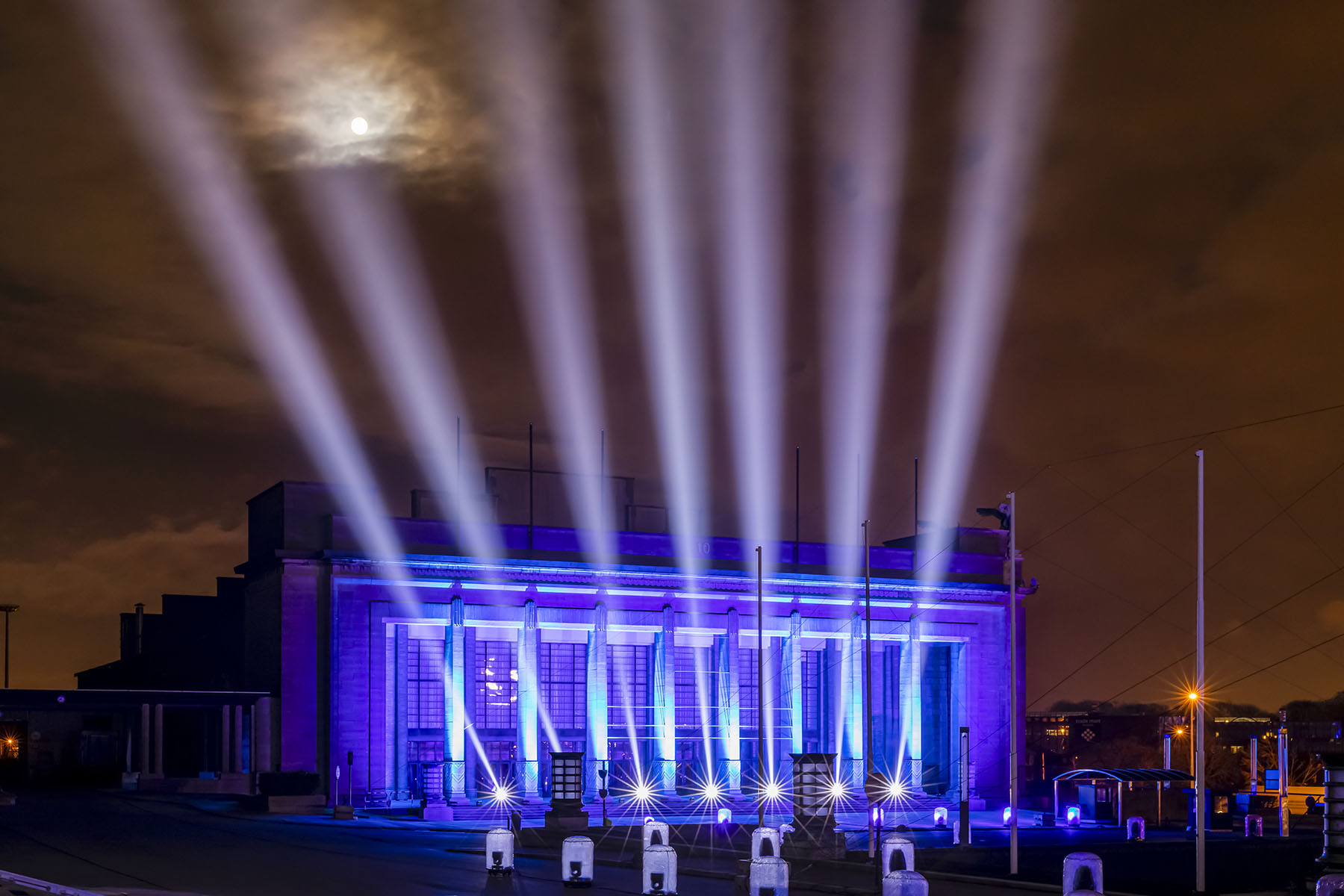 Brussels’ “Laser Lights” – which featured Robe moving lights among others and 12 custom lasers – was designed to be enjoyed from the comfort and safety of people’s homes, uniting everyone in spirit, feeling and determination during these extraordinary and restricted times. Fundamental to the project was that, while being a streamed event, Laser Lights should contain some core human elements relating to real life and not just be in a virtual digital environment.

This special light art event at the Heysel Plateau in Brussels was instigated by the Mayor of Brussels, Brussels Major Events (the city’s public events organisational body),show producers Alice, and Brussels-based creative agency, More To Show.

These four entities pooled ideas,resources, imaginations, enthusiasm, and their expansive collective practical experience to stage a highly innovative show replacing the traditional fireworks extravaganza that usually takes place around the city’s iconic Atomium sculpture.
Originally called “City Lights”, the concept was a collaboration between Frank Anthierens from Alice Events and More To Show’s Jordi Vandekerhof and Camille Anthierens, and the plan was to connect the city’s tallest buildings with lasers – in a laserweb – reinforcing the strong bonds between districts and communities in Brussels, especially in these challenging times.

As things developed, a highly symbolic 165-metre-long 20-metre-hightightrope walk was then added to the visual mix,representing the spirit and heart of the city – its people –looking forward to a new and exciting year ahead with lots of positivity.

The walk was staged between Palais 2 and Palais 10 on the Heysel Plateau and performed by Johanne Humblet from Les Filles du Renard Pale. It was kept completely secret until the live stream started on New Year’s Eve … to prevent the possibility of any crowds gathering. 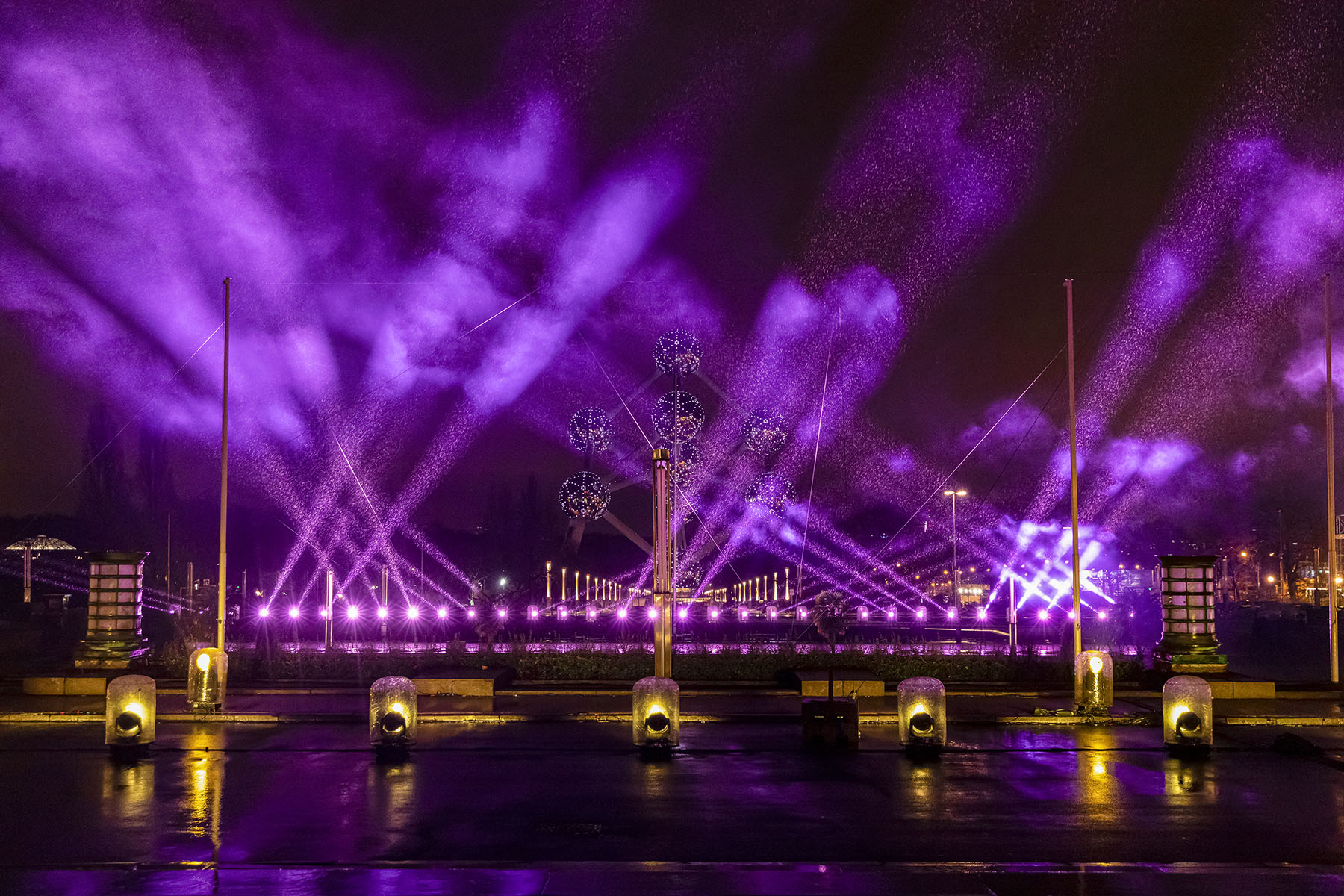 As the event’s planning advanced, Camille focused on the overall production, while Jordi started working on the technical production, simultaneously designing the light show at the stadium with Kristof Blancquaert and with input from creative lighting consultant, Michiel de Clercq.

Thirty-eight of the 50 MegaPointes were arranged in a straight line on the ground running parallel and in-line with the path of the rope, with two rows of 6 fixtures each framing the entrances to gates 2 and 10.

The 25 x Spiiders were deployed in a similar U-shape to highlight the historical buildings around the stadium and provide a nice depth of focus for the cameras.

The MegaPointe beam created a fantastic mid-air backdrop for the tightrope walker, bringing the camera shots zinging into life and perspective and they also produced jaw-dropping effects for the midnight countdown sequence.

MegaPointes were auditioned for the job and picked as a powerful and “super-bright” fixture that would be clearly visible in the air and “amaze” people as they paint the night sky with beams, rich colours, and anticipation. “They really delivered along with the lasers,” commented Jordi. 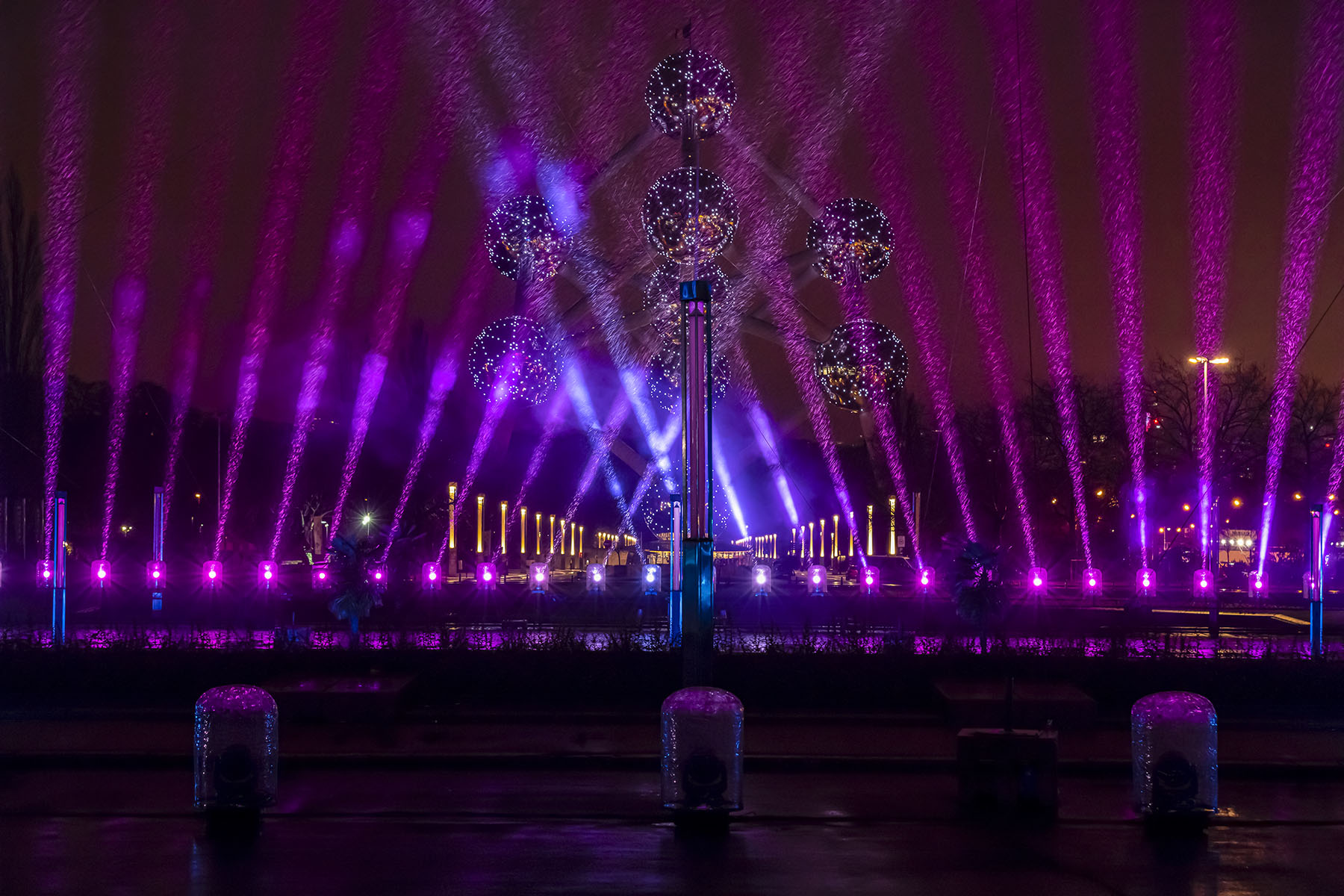 All the Robe fixtures together with other lighting equipment was supplied by leading Belgian rental company Splendit BVBA, together with “a crack team of top techs” to build and crew the whole event. Jordi and the More To Show team were delighted to be working alongside Splendit.

All the lighting was controlled via grandMA2 full size and light consoles.

Three were positioned on the rooftop of The Hotel – a 94-metre-high hotel which is the highest public viewpoint in Brussels – withfour on the Heysel Central Plaza and three on the 148-metre-high Tour du Midi, with an additional one deployed on top of Palais 5 at Heysel to tie this breath-taking city-wide laserart installation in with the tightrope spectacle.

The Pangolin controller was programmed using a 3D visualizer working on an imported 3D model of the city.This enabled all the laser web effects to be pre-visualised and there sulting stunning city-wide aerial effects looked awesome!

The show started around 22.30 and finished just after midnight. It was broadcast through a dedicated website and all the various City of Brussels platforms, getting over 45,000 unique views.

Jordi comments, “2020 was a challenging year in every way and this project was a great way to see off a ghastly year and kick-start an amazing new one! The timing was perfect for us to help boost the sprites and mood of this incredible and dynamic cityby doing what we love best and excel at– producing a quality event!” 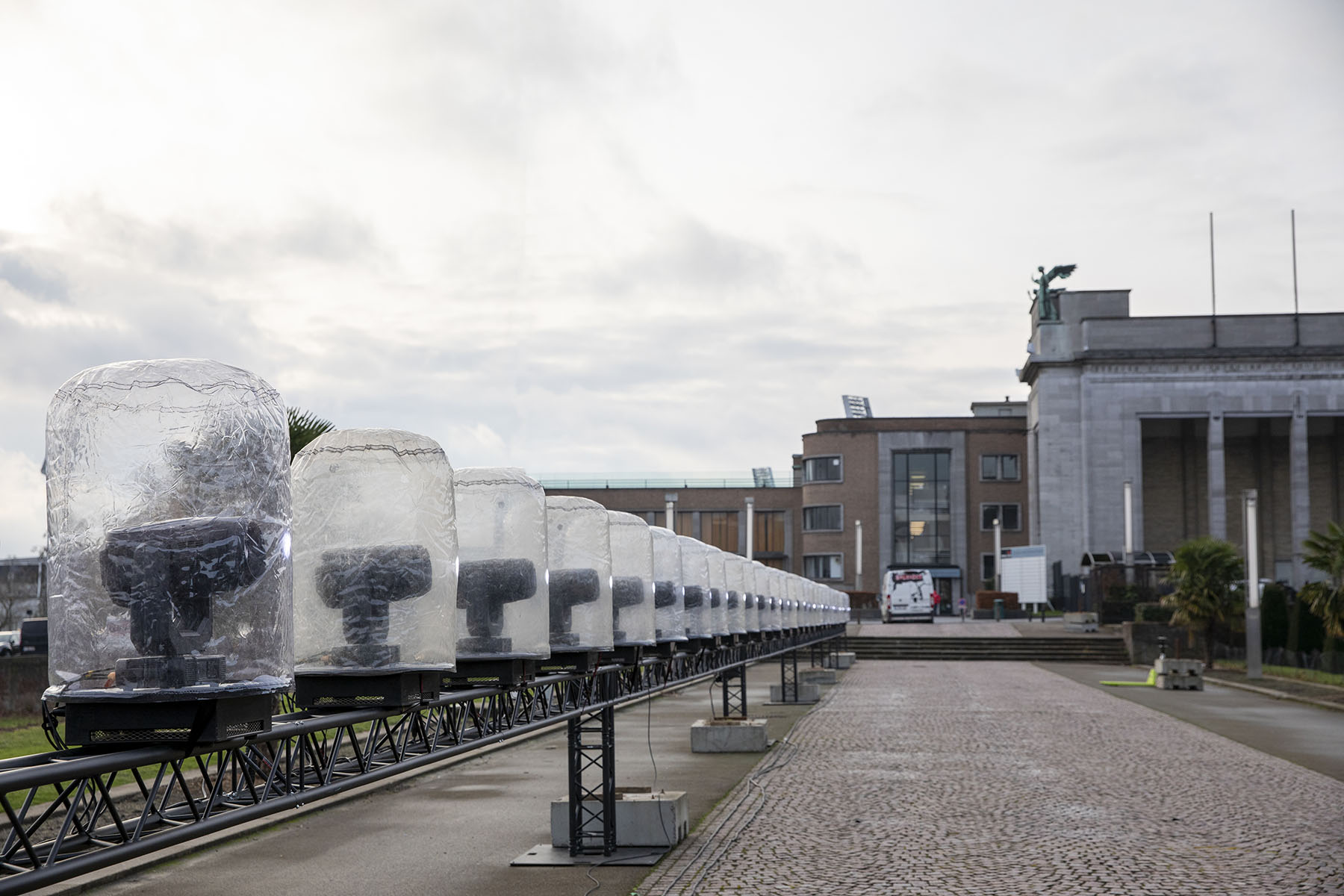 He is full of energy and zeal for the future, and– like everyone – looking forward to developing live audience shows and experiences again without the barriers and limitations of Covid-19 … “Let’s get these ‘Roaring Twenties’ started,” he concluded!