When Celine Orlando, the city’s newest entertainment venue, was being built, they knew they could rely on local industry pro, Kevin Clouden, GC Pro’s Business Development Manager to procure a reputable sound system. Clouden has been a top seller of pro audio gear in South Florida for the past several years. Celine’s owners knew Clouden’s expertise would steer them in the right direction—sonically speaking. 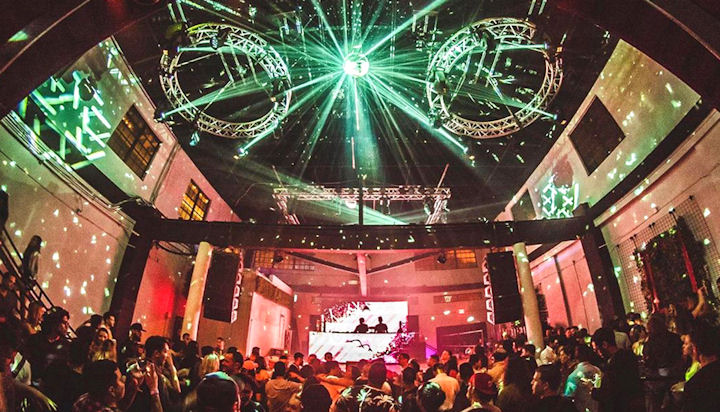 Boasting a capacity of nearly 1,000 occupants, Celine Orlando is a multi-faceted entertainment space that hosts live music, corporate events, and private parties. It was created to fill the need for a centrally located, high-end entertainment complex.

Celine Orlando hosts five different spaces: a Speakeasy that takes guests back to the prohibition era, complete with antique furniture, elaborate drink menus, and an attention to detail that separates it from the rest of the venue; the Mezzanine is an elevated viewing area overlooking the main stage of the venue, offering guests the “next level” experience, with a full view of the stage, a private bar and VIP concierge service; the Rooftop Lounge is for hosting smaller events and overlooks the heart of downtown; the Sports Club at Celine is where guests can watch their favorite sporting events and features an additional area to relax and socialize; lastly, the Ballroom features an elevated state-of-the-art stage design, complete with a LED wall, lighting rigs and a top-of- the-line, RCF line array system and subwoofers.

Though the building that houses Celine used to be a nightclub, it was gutted as part of its transformation, and there were initially many options on the table for sound reinforcement. “They were looking to bring in very popular EDM [Electronic Dance Music] DJs,” recalls Clouden. “The who’s who of artists that have performed at Celine recently is astounding. Because of the level of talent that they wanted to bring into that venue, everything needed to be high quality and user-friendly, from a tech/spec point of view,” says Clouden. Performers thus far have included DJs Will Clarke, Noizu, Cocodrills and more, and celebrities like basketball legend Shaquille O’Neal, frequent the club.

Celine Orlando is only one of several concepts this particular entertainment group owns, and it would be the first club introduce the RCF sound to the area. “Of course, price point, no matter how much an organization has to spend, is always under scrutiny, and RCF generally excels in this area,” attests Clouden. “Having put RCF gear up against other major brands, I would venture to say that we do quite well. So, when you think of the production companies that are spending six figures on solutions, I don’t know of anyone who speaks poorly of RCF, not one. The HDL Series is something that you can propose in a way that somebody can afford,” said Clouden. With the help of RCF Sales Manager Justin Brock, Clouden was able to convince ownership that the RCF HDL system would be the right fit. “To be quite honest, I told them if they didn’t like it, I’d send it back. But I knew that wouldn’t happen [laughs].” 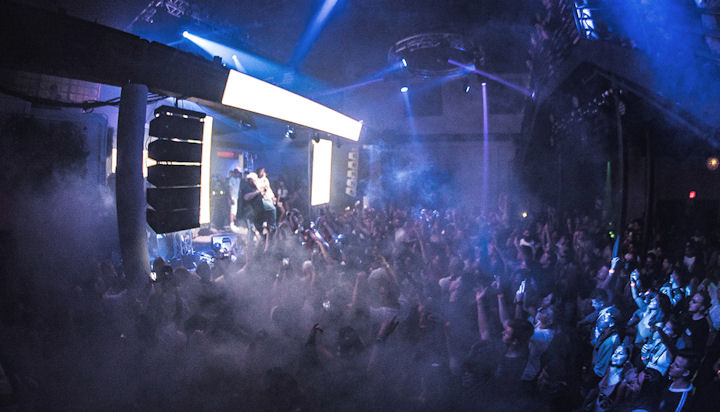 The main system is comprised of HDL 20-A Active Line Array Modules and SUB 8006-AS Active High-Power Subwoofers. “The HDL 20s and SUB 8006s are not RDNet capable [RCF’s proprietary software], which is where the Symetrix solution came in, along with a Midas M32 LIVE Digital Mixer,” explains Clouden.

Clouden enlisted the expertise of Destry Jinks, Sr. of Jinx-IT, Inc. to manage the install. “I had just been introduced to the HDL 20s, and when Kevin and I walked into the room, I turned to him and said, ‘I think we found the perfect solution for this project’,” recalls Jinks. “The room itself is an odd shape, and the coverage pattern on the 20s is very nice. I took a few quick measurements, dropped them into Ease, and everything looked flat. Once we hung the array and fired it, I thought, man, it is flat. I sent a L/R signal over to each stack as one zone and made level adjustments at each box. Box-to-box, the sound was very clear and consistent throughout the entire room. I was very impressed.”

Once the arrays were fixed into place, fine tuning of the main stage began to accelerate. “To round out the system, we used HD-10s in a front-to-back config from the stage, each row time aligned using Symetrix Prism. Once we did that, the system sounded bigger without being obnoxiously loud, with plenty of headroom,” said Jinks. “On an average night the main system is running about 60% of what it can put out, subs are at about 40%. Any more than that the room itself just stops—you can’t go anymore.

“Originally, we had set up eight SUB 8006s across the front of the stage, but we ended up settling on 6 because they were doing so much,” recalls Clouden. “We ended up using the extra two 8006’s with two TTL 6-A for use as Texas headphones,” added Jinks. 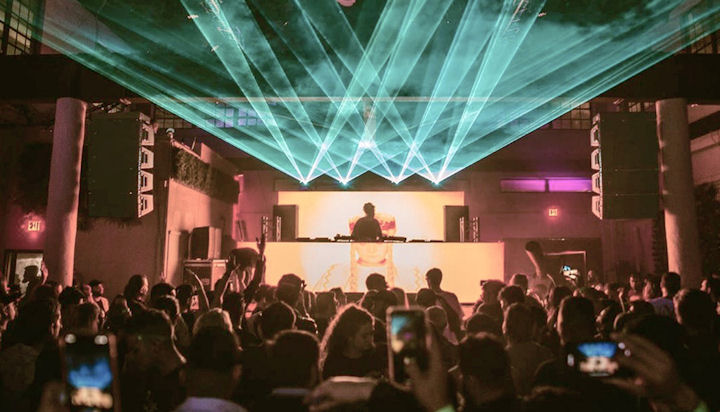 Because Celine has several rooms, four different solutions were put into the club, with the Symetrix controlling each zone in the entire setup, where each room can send its music to, or receive music from any other room in the club. “Think of a hotel lobby concept where, no matter where you go, you’re hearing music,” he says. “We’re also using HD 10-A MK4 Active Two-Way Speakers as delays throughout the entire club—in the ceiling; several of them.” The upstairs VIP area, the Rooftop Lounge, which has a patio employs HD 32-A MK4 Active Two-Way Speakers and SUB 8003-AS II Active Subwoofers. “Between the HD 32s and the HD 10s, [the latter of] which are going throughout the entire venue, it feels like you are up front, no matter where you are in the club.” Another benefit of using the Symetrix Prism matrix is safety. A manual switch located in the control booth can shut the system down instantly, allowing for one emergency mic to be distributed everywhere at once.

“Every single speaker in there is RCF—I even wanted to put stuff in their bathrooms,” Clouden admits with a chuckle. “But the system that they have is loud. Romi Mawardi, one of the owners, walked me into the bathroom, opened the door and said, ‘Do you really want to sell me more speakers to put in here?’ I still said ‘Yes,’ even though you could hear the music quite well [laughs].”