Celebrating all things glamorous, sensual and flamboyant, Folies Bergère is one of Paris’ most revered nightspots. Originally a cabaret music hall and variety-entertainment theatre, The Folies made its mark during the Belle Epoque of the late 1800s with its music hall revues featuring stunning women dancers. More recently returning to its musical production roots, the Folies Bergère stage has been graced by famous artists from Charlie Chaplin, Ella Fitzgerald, Marcel Marceau, Frank Sinatra, Charles Aznavour through to Elton John. This year, the theatre’s impressive programme has been matched with equally impressive audio technology when the Folies Bergère became the first performing arts centre in France to permanently install L-Acoustics L-ISA Hyperreal Sound technology. 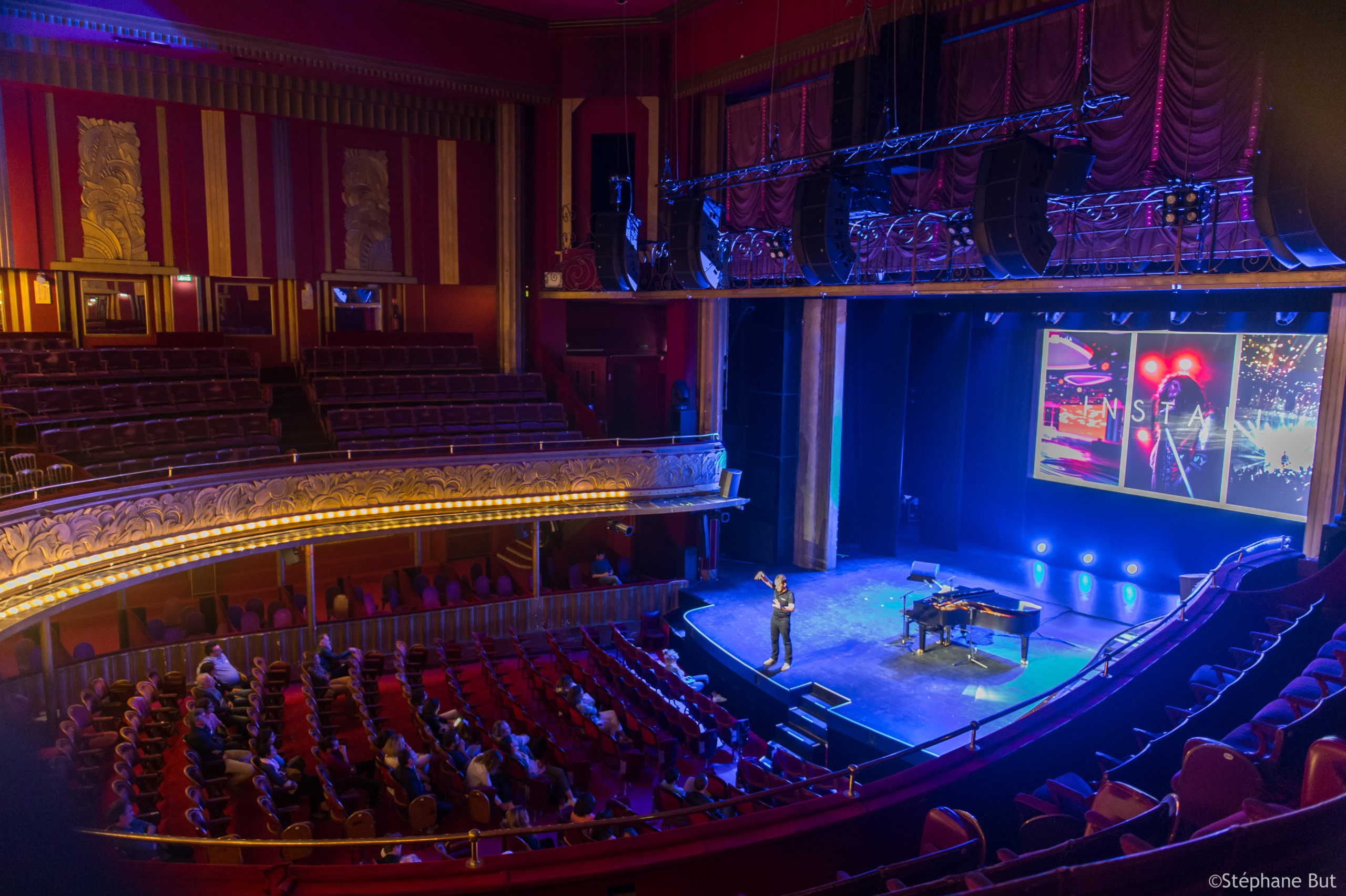 The venue’s operating contract is handled by specialist live sound company Potar Hurlant, part of the Novelty Group, under the direction of Technical Director Madje Malki. The company works with many famous French touring artists and the idea of installing L-ISA into Folies Bergère emerged following the company’s highly successful use of the technology on tour with pop singer Renaud. As a historical L-Acoustics partner, Potar and the Novelty Group did not for a moment imagine another solution for the venue. L-ISA was its next progression.

“The idea of installing L-ISA came from my desire to progress from a standard left-right system,” explains Malki. “This is a complex venue architecturally, and even though the original L-Acoustics system worked well, the many columns and shadow areas caused issues. When mixing in stereo format, we tried to give as much depth as possible to the audio, employing methods like parallel compression to work the material without eating up the sound, but there were still artefacts to deal with.”

“Olivier (Hagneré, Managing Director and in charge of technology at Novelty Group ) and Madje approached us to see if L-ISA would be suitable for the venue,” explains Arnaud Delorme, Head of Application, Installation at L-Acoustics. Delorme who worked with L-Acoustics’ Olivier Inizan and Frederic Blanc-Garin, as well as Executive Director of Application Projects, Cédric Montrezor to study the venue and model the room in Soundvision, L-Acoustics 3D acoustical simulation programme. “We needed to ensure the system could cover as much of the audience as possible, whilst taking into account the venue’s complex configuration,” he says.

L-Acoustics A15 medium throw line source loudspeakers were chosen for the main system, their 110-degree horizontal dispersion allowing for wide coverage. A15 also features Panflex horizontal steering technology which provides exceptional directivity, a bandwidth that allows accurate panning of sources, even at low frequencies and vertical coverage that requires fewer enclosures than with long throw systems. Electronic optimization is accomplished with L-Acoustics new AutoFIR algorithm, allocating one cabinet per channel of amplification. A15’s light-weight of just 35kg per cabinet was also needed to account for limited loading capacities in the venue.

Five hangs of four A15 were deployed, comprising two A15 Focus above two A15 Wide for each hang. In this way, the team achieved a total spatialization zone of 70 per cent, with the hangs perfectly overlapping to cover the main auditorium. Partial zones also achieved much better rendering compared to the previous L/R system. To ensure the architecture of the auditorium was respected, the system was placed considerably higher than originally planned. As a result, the A15 hangs also cover the majority of the balconies, despite the last row of seats placed 40 meters above the second balcony, with 12 L-Acoustics X8 providing under balcony fill.

To boost the lower end of the audio spectrum, two cardioid end fire arrays of four KS21 subwoofers each were positioned behind the centre A15 and were indispensable in the final L-ISA configuration. To account for the shadowy areas, a single Syva was attached to either side of the proscenium arch, below the balcony, to provide infill. Four 5XT open up the front rows and pull the sound image down.

Two L-ISA processors are deployed, one main and one backup, and the entire system is driven by 11 LA4X amplified controllers. The configuration was determined so that the L-ISA processor could take the system as a whole into account and provide the best spatialization for the audience.

The remaining challenge was to train the venue’s engineers on the new system. “You have to learn how to treat objects in the mix,” Malki adds. “But once you know how to use it, it provides a much more creative way of mixing.” 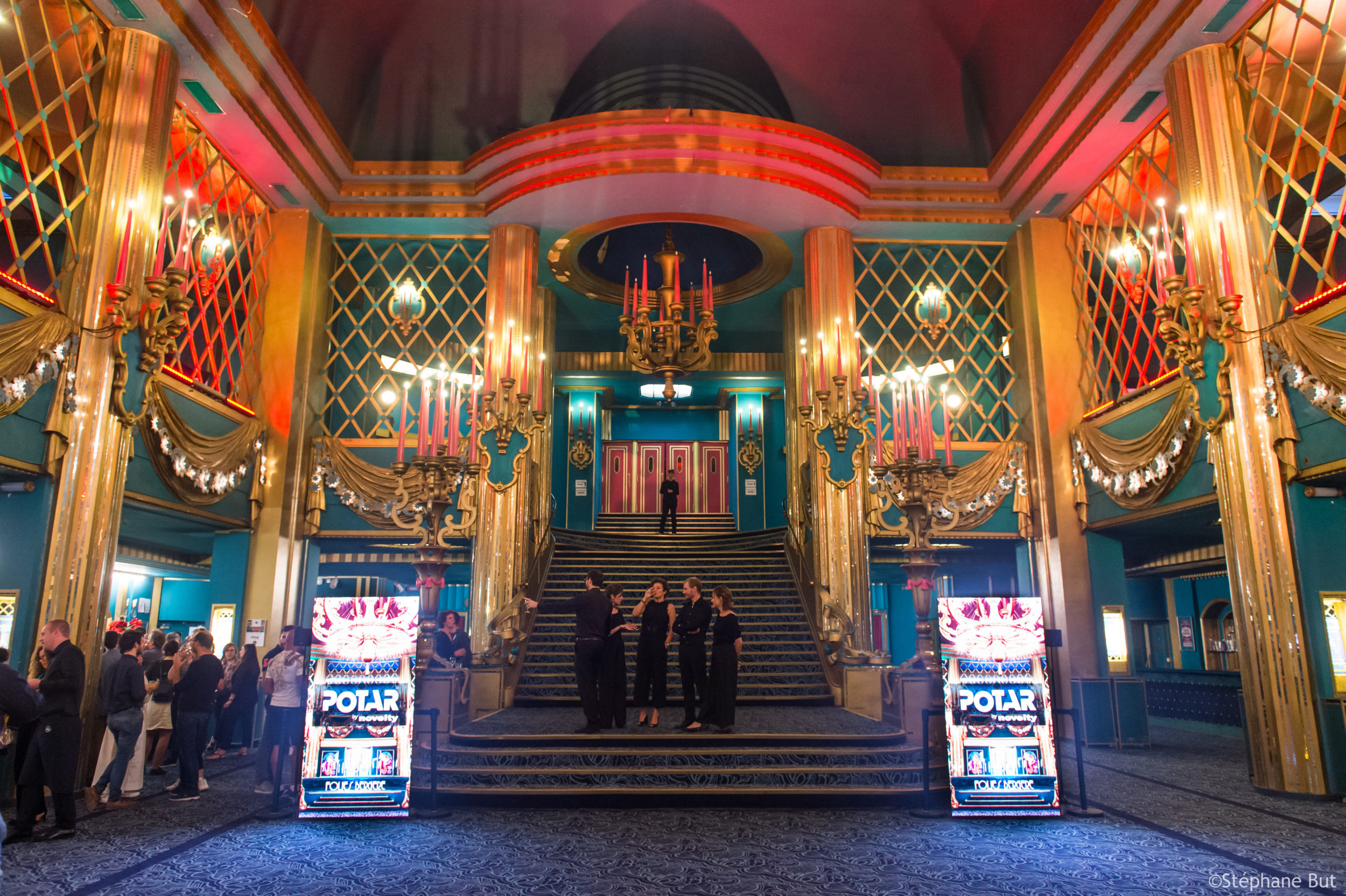 The team say the tools within L-ISA have made life much easier. Additionally, each hang of A15 has its own amp and its own auto-generated equalization. “Doing that yourself is almost impossible and would have been really time-consuming,” says Malki.

The installation has delivered exceptional coverage and sound quality, and a remarkable musicality that is fitting for a venue that hosts an eclectic mix of productions. It has also provided the team with a new way of mixing. “Switching to L-ISA and its multidimensional object-based mixing not only corrected the interference issues and made the intermodulation distortion almost non-existent, it also completely transformed our workflow,” continues Malki. “With L-ISA, we mix with a different spirit, one that’s much more focused on the aesthetics of the sound. We have experience in the field, but L-ISA incorporates parameters we may not have taken into account.

“The result is astonishing! Now Folies Bergère is fully equipped with the sound of tomorrow and will offer professionals and technicians alike the opportunity to work with this amazing sound system,” he concludes.