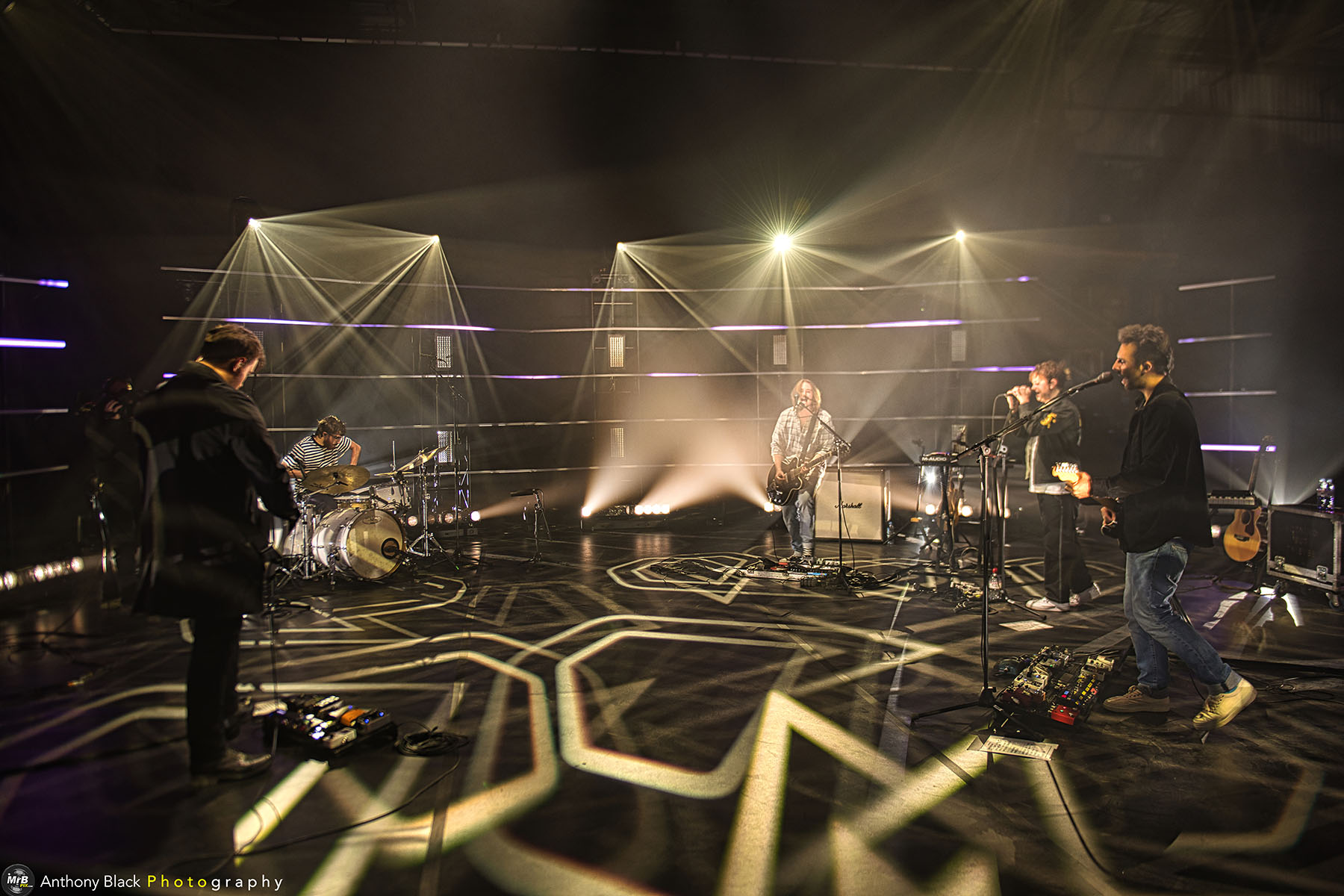 The warehouse was Fareham,UK-based lighting rental specialist Liteup’s premises – part of which has been repurposed and energised for streaming activities since the first coronavirus lockdown started in March.

Warren – who specified Robe fixtures as the majority of the lighting rig and is also a regular freelance LD and technician for Liteup – pitched a production design to the band for the streams which showcased hits, plus new music from their forthcoming album, Moral Panic.
His design was based on their idea for an in-the-round setup, to which tour and production manager Andy Sweeny added a B-stage area for acoustic numbers and the more intimate moments of the set.

The project was managed for Liteup by Gordon Torrington, who commented, “The idea was to replicate a live concert look in the studio, including high production values. The space is ideal for this style of performance, and Warren produced an innovative and great looking design that was a perfect fit!” 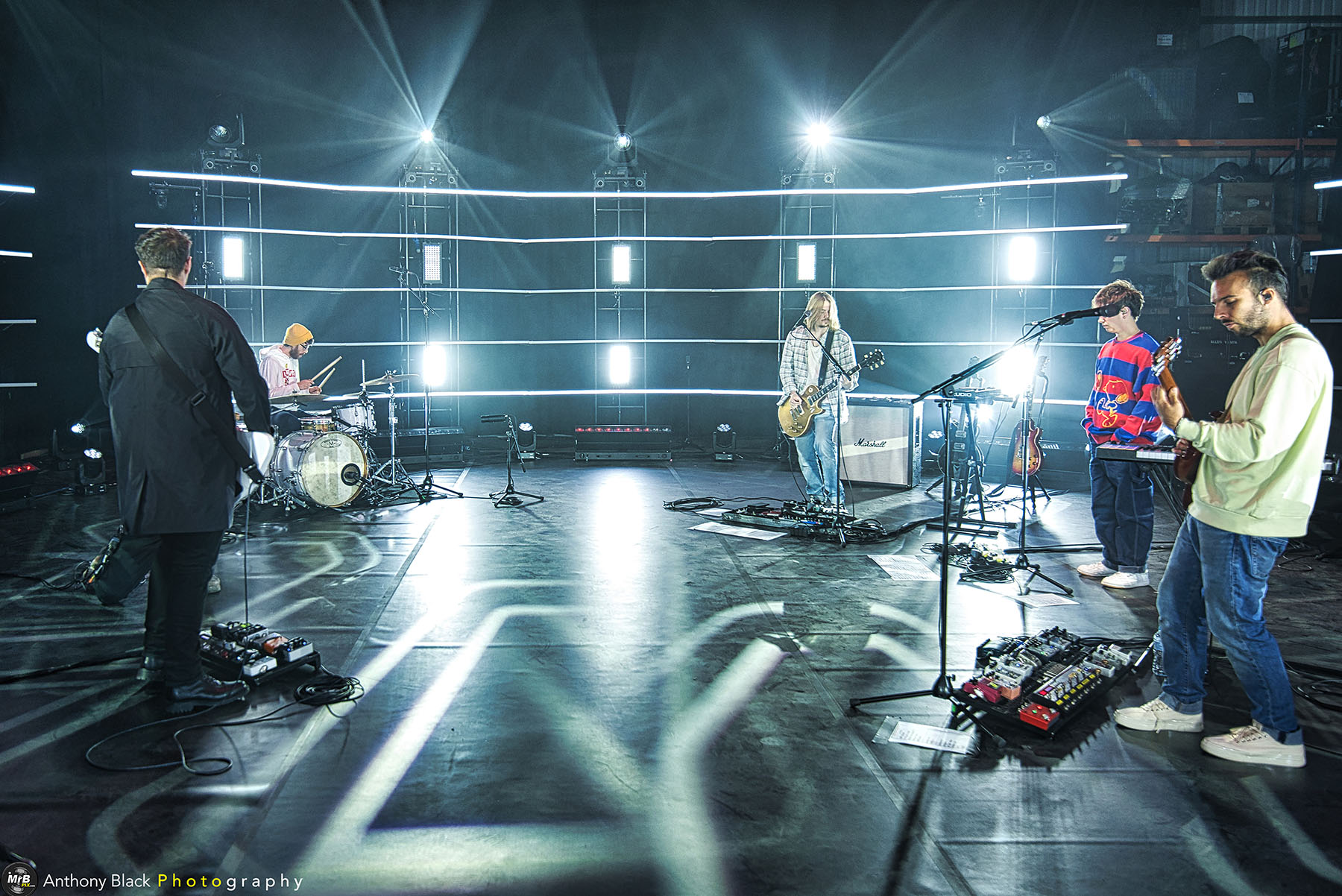 The Robe package comprised 16 x ESPRITES – newly purchased by Liteup at the start of the year, just before the pandemic brought everything to a standstill, so these were the main profiles, key lights and specials, joined by 16 x LEDBeam 150s, 16 x MegaPointes and 16 x Spiider LED wash beams, all divided between the overhead rig and the floor.

One hundred and thirty-two LED pixel tubes formed the video elements and brought additional kinetics and fluidity to the visual picture.
Warren combined all of this into a colourful and dynamic visual showcase for the band.

All the lights were pulled from Liteup’s stock, which includes a substantial investment in Robe and some other top brands, and the company supplied the 7-camera package for the stream together with PPU / control.

The key was in being flexible and having enough latitude in the rig to cover all 28 songs that were played across the three different stream presentations.

Another challenge was that being in the round, it had to look consistent and continuous from all camera angles, and when they stripped back everything inthe acoustic section, that needed to have its own ambience a notably differentvisual impact.

That’s why Warren selected the Robes. 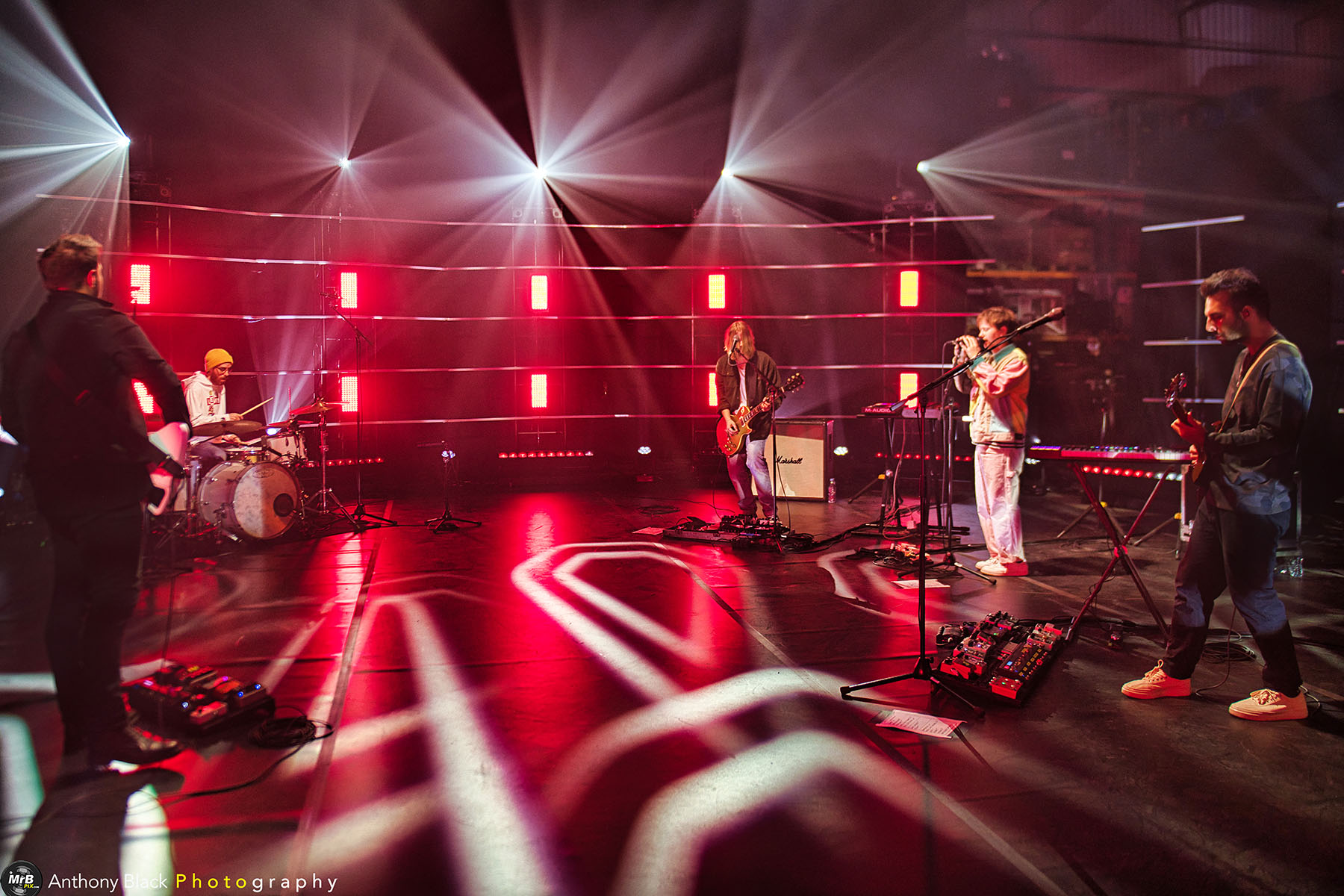 “I love the ESPRITE,” he stated, adding that although he’d not had much time to use these newest Robe TE LED technology fixtures from Robe, he found them “extremely useful” and “excellent” in combination with Robe MegaPointes.

The main stage area was set up in an L-shape for social distancing purposes.

Ten vertical trussing towers were arranged around the space in two semi-circles to give a basic geography and shape the space, each rigged with one ESPRITE and two strobes, plus the LED video battens which were also loaded onto the towers, so they filled the back-of-camera shots with movement, colour and funky effects.

The remaining six ESPRITES were all up in the rig for the key lighting, joining the MegaPointes – used for effects, camera-candy and the striking beam-technology looks they do so well, as the Spiiders effortlessly washed the floorspace from above.
The little LEDBeam 150s were arranged on the floor in between the 16 x moving LED battens.

The B-stage was lit with a mix of tank-trap mounted tungsten battens and 2-cell blinders on 3 metre poles, and also in the studio there were additional blinders, plus strobes and moving LED bars. 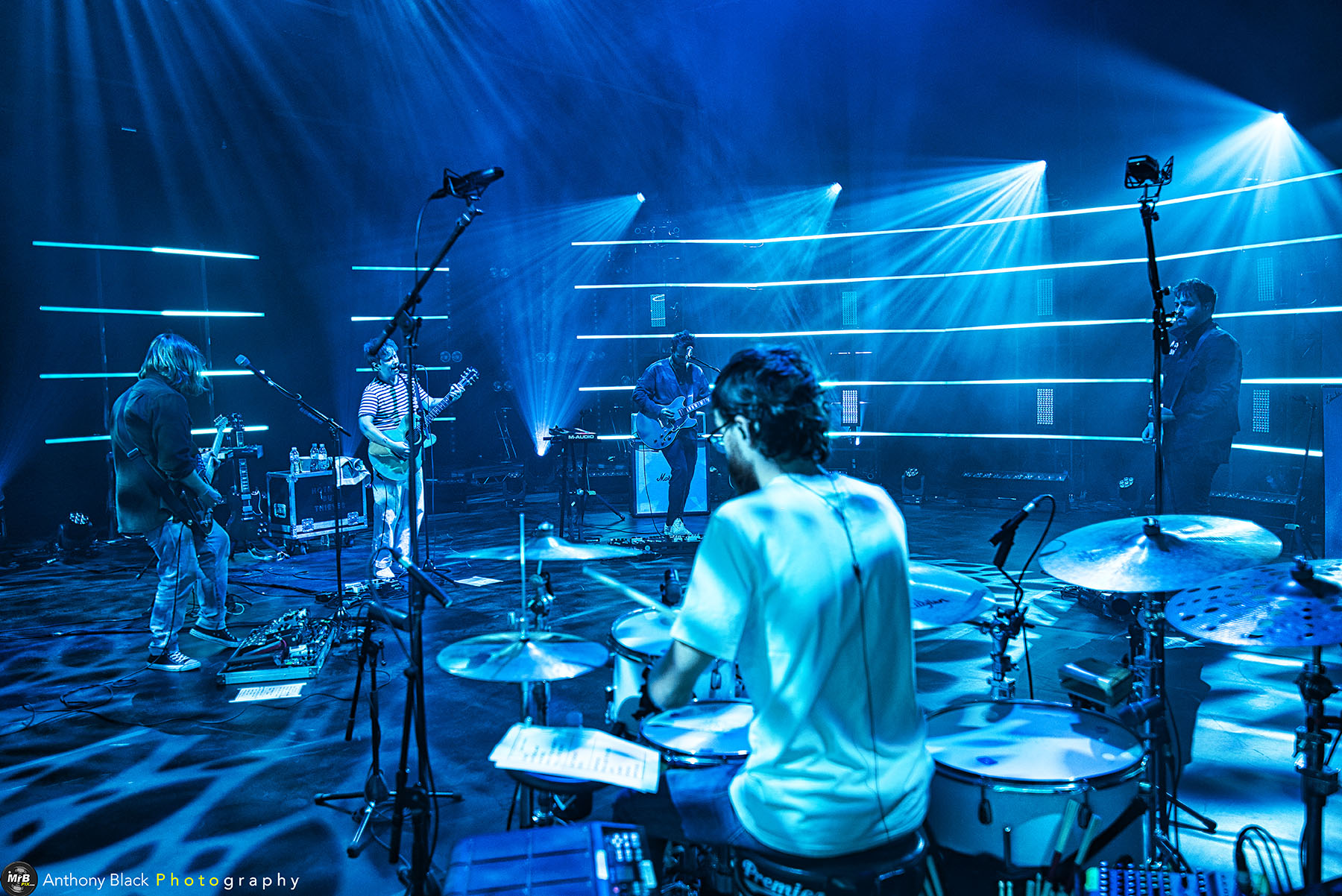 Warren’s main challenge was to balance the band’s enthusiasm for strobing and smoke,ensuring that the cameras always had sufficient light to work with.

The streams took place over two days. Gordon and the crew had a few days set up in the studio and Warren had four days off-site programming at home before joining the Liteup crew.

The camera operators were Rob Judge and Ray White, video content was created and operated by Rob Benson, and Brooke Chapman was an amazing addition to the Liteup studio team as their production runner.

The streams were critically acclaimed, very well attended and received and gave music fans a much-needed opportunity to engage in the absence of any live shows right now due to the coronavirus pandemic!

Liteup’s studio is a flexible space in Fareham, Hampshire, UK,able to fly just under 3 tonnes in roof, using V-mix pro and a dedicated 1GB fibre line for the livestreams.

In addition to Nothing But Thieves, other artists in recent months have included Tesseract, Hot Milk, Never Not Nothing Moondance, Bleed from Within and Sylosis. Earlier in the year, Liteup staged their own charity fundraising 24-hour DJ stream ‘Techs on The Decks’ featuring 24 talented DJs who also work as technicians and backstage across the live music and events industry.

Gary Curtislooked after the broadcast sound while Dave Ruffle mixed the monitors Stuart Crossman Dewstage managed and also did backline together with Nan Wyatt.

The artist management team were Stefanie and Richard Reines … and photo evidence of the crime scene was provided by Anthony Black www.mrbpix.com.