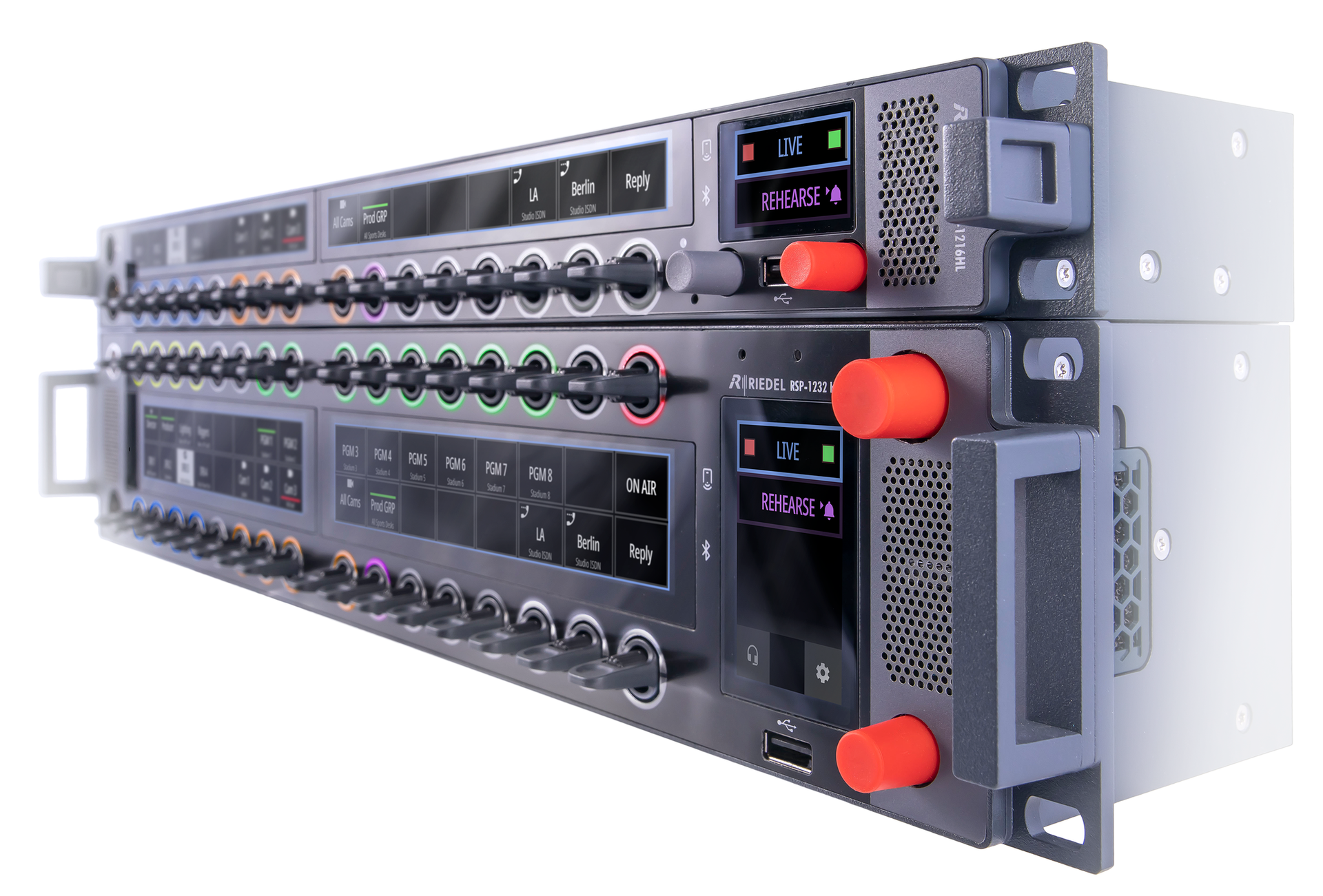 “We took a quantum leap forward in workflow flexibility, power, and connectivity when we first introduced the RSP-1232HL SmartPanel at the 2018 NAB Show. Customers were instantly blown away by its multiple full-color multitouch displays, intuitive operation, and ability to leverage apps for multifunctionality,” said Benjamin Lampert, Product Manager at Riedel. “In the meantime, our customers have requested a 1RU version — and now it’s here. With the RSP-1216HL, we managed to concentrate all the power of the RSP-1232HL in an even more compact form factor without sacrificing any functionality or user-friendliness.”

Like its big brother, the fully IP-centric RSP-1216HL features a full-color, high-resolution, sunlight-readable touch screen, as well as a unique hybrid-lever key design that combines lever- and rotary-style key styles, allowing users to control countless parameters with a single key. Plus, the new panel has the same rich connectivity options as its bigger counterpart, with support for AES3 and SMPTE 2110-30 (AES67) connections together with GPIO, analog, or AES67 4-Wire, as well as front and rear USB connectivity. The equally smart but significantly slimmer RSP-1216HL offers a single speaker and 16 hybrid-lever keys, compared with the RSP-1232HL’s two speakers and 32 hybrid-lever keys.

The software-defined architecture of the 1200 Series SmartPanels enables them to keep pace as new technologies and workflows emerge in dynamic broadcast, event production, and pro AV environments because the already-broad feature set of the SmartPanel family is steadily expanded by various software apps. With the upcoming Control Panel App and Audio Monitoring App, the 1200 Series SmartPanels will ideally suit environments in which space is at a premium, uniting powerful intercom, control, and audio monitoring functionality into a single keypanel while reducing costs and saving valuable rack or desk space.

Lampert added, “We have improved the audio quality of our 1200 Series panels even further by developing a new audio processing capability that delivers excellent speech quality and reproduces program material in unprecedented, distortion-free quality even at high levels. This new 1RU version opens another chapter in the SmartPanel success story. And looking at the two new powerful apps already on the horizon, this story has only just begun.”