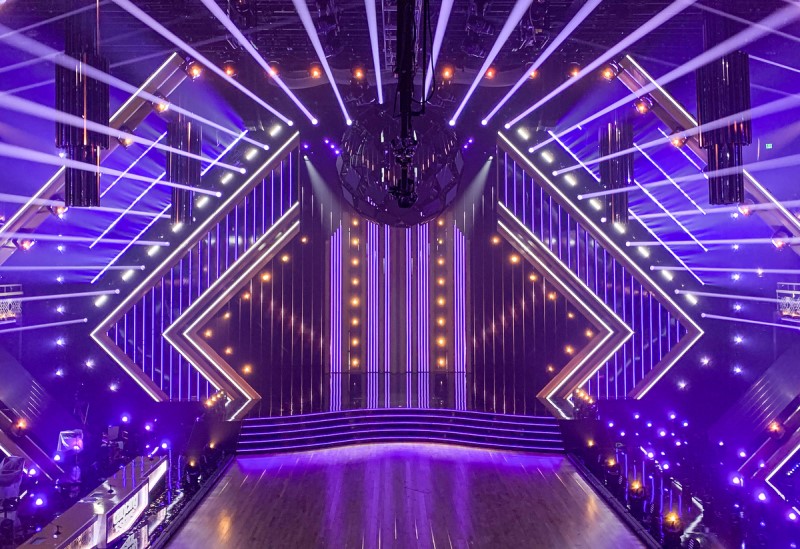 Production loaded in at the end of August and the show runs for 11 weeks, culminating in the final over Thanksgiving weekend, at the end of November.

After featuring GLP fixtures heavily on the last series, LD Tom Sutherland has raised the bar even higher this time, deploying 150 GLP fixtures, predominantly X4 Bars and JDC1 hybrid strobes, in his ever-changing landscape. “We reprogramme weekly,” he explained. “Then we bring in extras for certain dances week-to-week if the creative team call for them.”

The lighting brief is heavily dictated by the set design. “[Production designer] Florian Wieder has created a modern take on an art deco ballroom. It’s essential that the lighting and set work in harmony,” he said. “Many elements of the set have been built to contain fixtures of our specification, which is great as it keeps everything looking neat and tidy.”

Turning to the GLP deployment, he said: “I’ve always been a great fan of their products. The X4 Bar and JDC1 strobes are my workhorses on many shows. I love to use those fixtures.”

In actual fact Tom Sutherland has added in quite a few extra GLP fixtures for this season—all supplied by local vendor Felix Lighting (account manager Nicole Barnes). “These fill in the gaps where we used to have an audience,” he said. “This year we are using 70 X4 Bar 20’s, 66 JDC1 strobes and 14 GLP X4’s.” 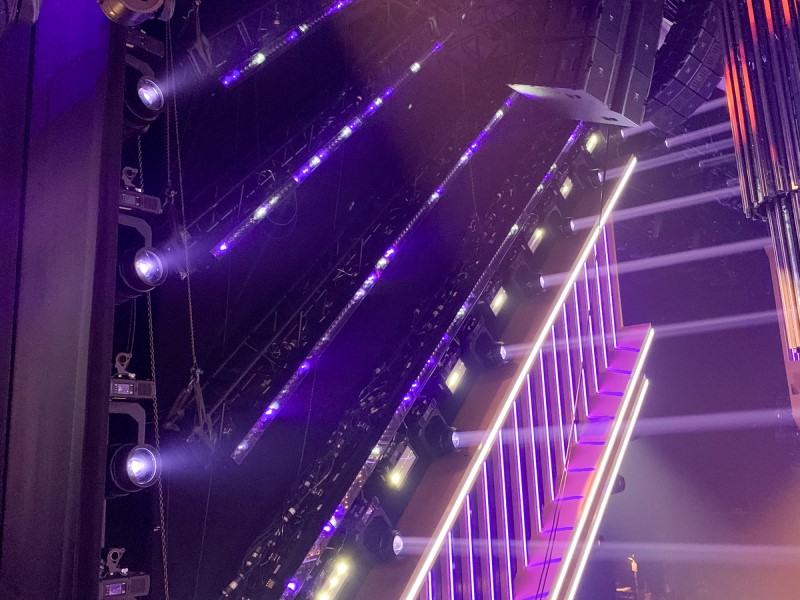 Of course, they need to be TV compatible. “In television you always need to think about the cameras. This is shot in 360°, so we need to ensure that we have every camera angle covered from both a key-lighting perspective and lighting in the back of shot perspective. We also need to think about shadows and exposure etc, so it’s pretty complex.”

From a programming perspective, it is equally taxing, with 150-plus performances per season to design for. Sutherland works closely with his programmers, Joe Holdman and Nate Files “to keep the creative juices flowing.” Holdman has programmed the JDC1’s in SPix Pro mode and the X4 Bars in Single Pixel mode.

“We can create so many varied looks with the X4 Bars, and with a little added haze, they look stunning. We tripled the amount of JDC1 strobes on the show this year as they add a great amount of punch to the performances.”

The X4 Bars, in particular, show off their versatility in this series, as the LD explained. “First of all, we have diagonal arrays that frame our proscenium arch beautifully, and they add a huge amount of theatre to both our performances and generic house looks. We also have two lines of X4 Bars that line the edges of the dancefloor. We use those in several ways—one is to add a nice subtle twinkle while another is zoomed in, creating a triangle of light above the dancefloor. We also use them zoomed out, pointing into the dancers, key-lighting them for some performances.” 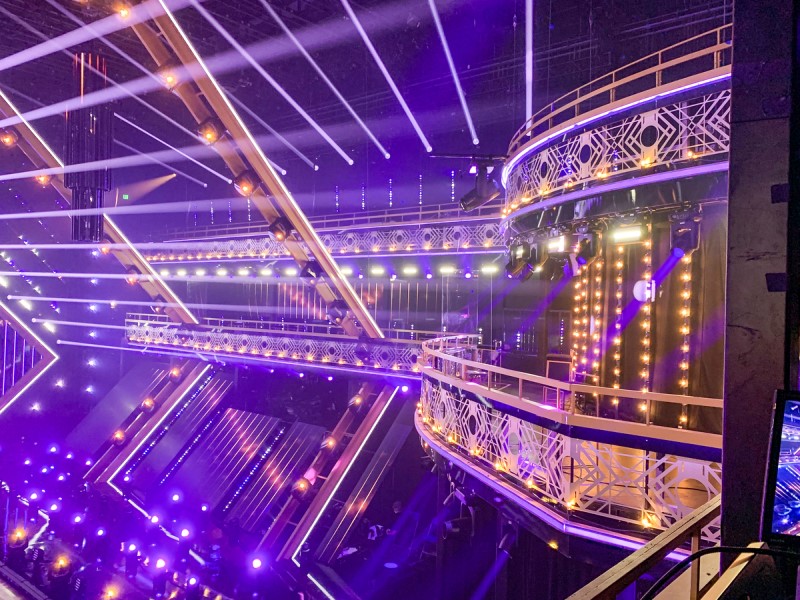 He confirmed that he has never had any issues with either fixture. “They are solid and reliable, and we all enjoy using them.”

And he added the one product that has really shone out has been the JDC1. “It’s great being used either as a subtle twinkle fixture or to accent beats and pack a heavy punch. In fact, a key moment is when we roll into a judging look, and it creates a shooting star effect that runs the length of the ballroom.”

Summing up, Tom Sutherland said that, while there was a concern in knowing how the show production would feel without an audience, he is confident that the extra products “have really helped solve the void and add the missing energy.”