With this year’s Summer Night Concert, an event that has been taking place since 2004, the Vienna Philharmonic wanted to send a signal of hope in the year of coronavirus. As a result, the concert went ahead—albeit with a small number of spectators on site—as a live broadcast event on the TV channels ORF2 and 3SAT. 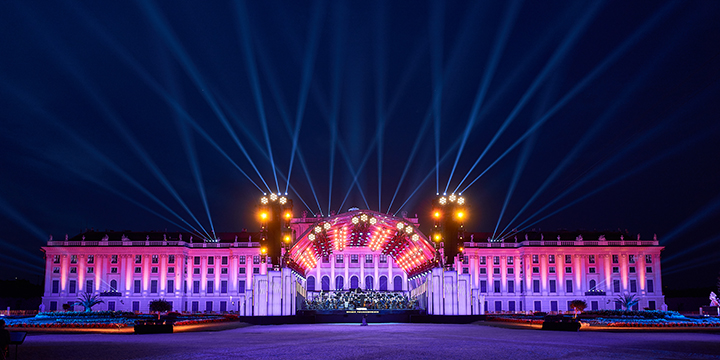 The concert production itself, under the direction of Valery Gergiev, and featuring world-famous soloist Jonas Kaufmann, had to be optimised for television broadcasting. With highly experienced DoP Jerry Appelt at the helm, the production was able to fall back on a proven concept.

“The Summer Night Concert had already been broadcast on TV in previous years, so we didn’t have to reinvent the wheel in terms of TV-compatible lighting,” stated Appelt.

For the important white light, he opted once again for the GLP impression S350 and S350 Wash. “The S350s are really an excellent solution when it comes to lighting specific situations,” said the designer. “I’ve been using them continuously over a long period. Their extremely beautiful, camera-compatible white light is usually the best choice.” As in 2019, he again set the S350 to the keylight positions, while the S350 Wash in the lower stage area gently brightened the entire stage scene. 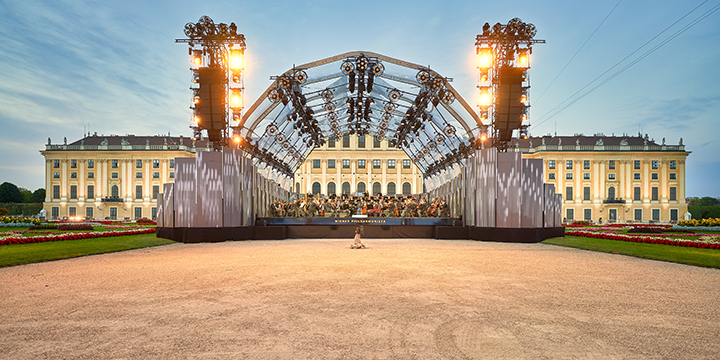 Oliver Schwendke, key account manager at GLP, confirms that there is currently increasing demand for the impression S350, especially in the TV sector. “The feedback from this sector has been excellent and we are pleased to announce that the models are currently in active demand from several productions. That shows that we are on the right track with the S350’s.”

In addition to the S350, numerous other GLP fixtures were used at the Summer Night Concert, amounting to several hundred in total.

In conclusion, Jerry Appelt thanked his team, consisting of Dirk Hämmerling, Manfred Nikitser, Markus Ruhnke, Otto Schildknecht and Emanuel Jörgner. “I would also like to thank Zigo Mutschlechner and the ORF team, working with Peter Grauer,” he added. “Last but not least, I would of course like to thank the Vienna Philharmonic, and in particular Thilo Fechner, who, as always, embarked confidently on the Summer Night Concertmission, despite the
pandemic.” 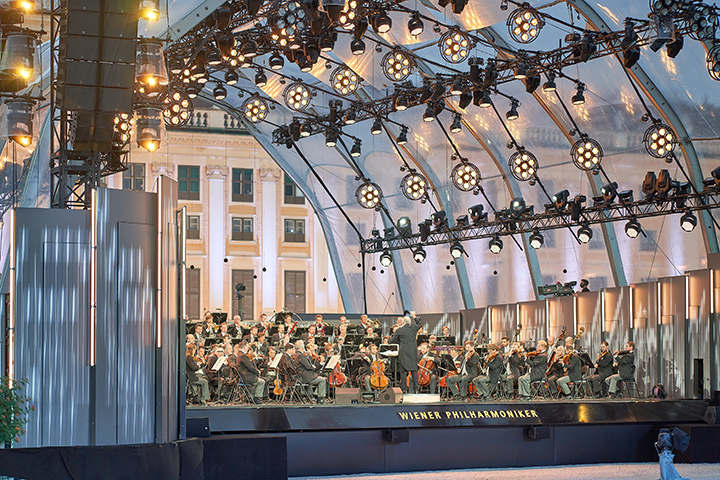