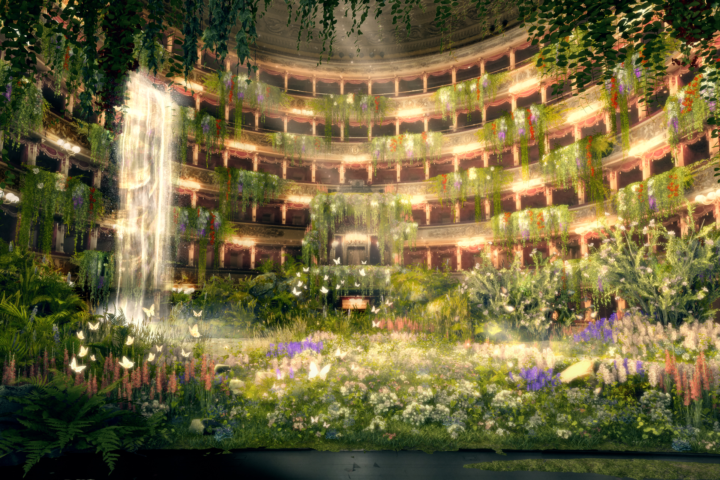 This year, the Awards’ ethos of togetherness was upheld with a revolutionary show designed by NorthHouse incorporating cinematic footage with augmented reality, visual FX and hologram technology provided by AHRT Media. The show was directed by Giorgio Testi and produced by Livia firth and Pulse Films.

NorthHouse, a creative studio focused on design and direction for live shows, put forward the groundbreaking concept to overcome the restrictions in place due to the global pandemic. The studio’s ideas saw Milan’s La Scala transformed into a vibrant magical garden.

Founder and creative director of NorthHouse, Tom Bairstow, said, “This was a truly prototype show, borne out of the restrictions and uncertainty placed on the world during this pandemic. It gave us the opportunity to push boundaries, experiment with big ideas and use technology in new and unconventional ways. And with a virtual space, your imagination is the limit.

“We’re really proud of this show and I think between my team, Eco Age, Pulse films and all the amazing creatives who helped to build this show, we have created something truly groundbreaking together. We’re thrilled to be at the forefront of this wave of new technology and excited for what the future will hold for live and broadcast shows even with all the challenges faced ahead.”

NorthHouse also designed the branding for the show along with the broadcast graphics, which ensured a holistic flow into the show design. Tom explains, “We came up with the concept of ‘terraria’, a metaphor for the sustainable fashion industry which provided a beautiful design aesthetic for the entire show from the title sequence through to the augmented reality and visual FX”. 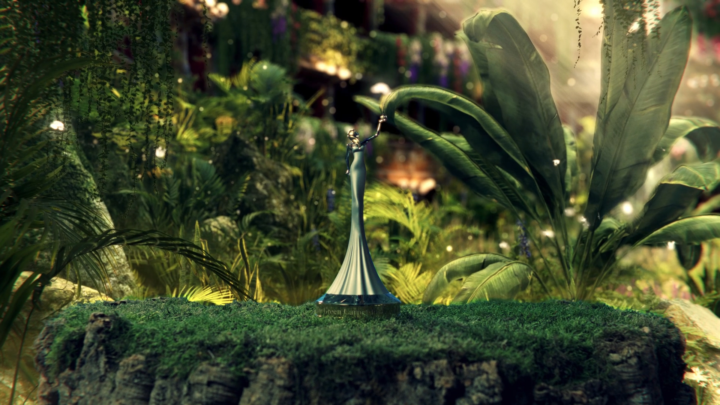 From the title sequence, a green carpet of foliage grows across the continents towards La Scala from a beautiful CGI glass terrarium with the world inside. As the green carpet dives into the Italian venue there’s a transition into real footage, upon which luscious foliage grows in augmented reality, transforming La Scala into the inside of a terrarium.

To create the augmented reality and visual FX, NorthHouse’s team of digital artists used Unreal Engine to give the show it’s organic feel. Tom states, “We felt like digital gardeners immersing ourselves in the 3D model of La Scala using VR and virtually plant foliage all around the venue.”

Filmed in early September, only a small number of presenters were able to attend. Other presenters were filmed in separate locations all around the world by Pulse Films and ARHT Media before being ‘beamed’ in as holograms or composited as though they were on stage next to their co-presenter the whole time.

With such natural results, Tom suggested, “It’s going to be really interesting to see if viewers can see who was actually filmed on stage in La Scala and who was filmed in a separate location”.

The Green Carpet Fashion Awards were broadcast on Saturday, October 10th across Sky’s European territories. The event featured a tantalising host of celebrities from the fashion industry and beyond, whilst Robert Downey Jr. presented an exclusive broadcast on YouTube globally.