Elisa is a hugely popular, award-winning Italian singer-songwriter, whose career to date has spanned more than twenty years. Drawing on the pop, alternative and electronics genres, Elisa has sold millions of records and remains as relevant as ever at the forefront of Italian music. She has worked with some of the world’s leading producers including Glen Ballard and Corrado Rustici, and performed with a host of international stars. A consummate live performer, Elisa recently went on the road in Italy to perform a series of sold-out outdoor concerts in city squares. All the proceeds of the shows went to her crew, technicians and musicians, to help support them whilst the industry seeks to recover from the effects of the pandemic. 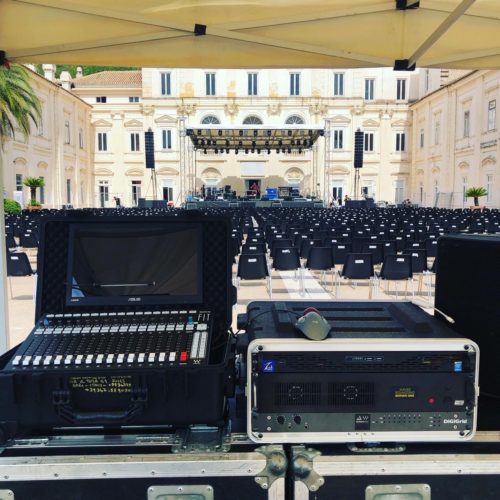 A key member of Elisa’s team is vastly experienced front of house engineer Hugo Tempesta, who has enjoyed a thirty year career working with most leading Italian artists, as well as a number of international stars like Bryan Ferry, Jarabe de Palo and Sting. Hugo also works as a system designer for large events and festivals, and has worked with Elisa since 2014.

Hugo has been a DiGiGrid user for around five years since purchasing an MGB interface to enable easy multitrack recording from DiGiCo consoles. For his setup on the dates with Elisa, Hugo used a small portable package based around Waves LV1 with a DiGiGrid IOC and his MGB. He comments:

“I’m a big fan of using such a compact package – it gives me everything I need. The SoundGrid protocol is very stable and powerful, and the audio through the DiGiGrid units is absolutely pristine – they’re also very robust and clearly built to last. The recent shows with Elisa were a joy to be part of. Normally we do large indoor arenas, and these shows were restricted to around only two thousand people, but they meant a lot to every one of us. The audiences were very, very happy to see the resumption of live shows!” 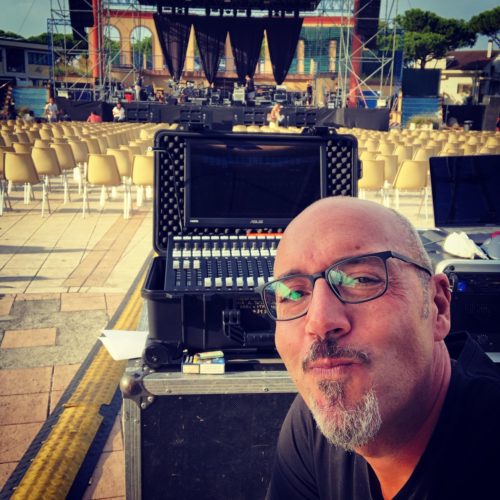 Like everyone connected to the live music industry, Hugo Tempesta is hopeful that the first signs of a recovery are beginning to emerge. Elisa’s short tour on behalf of her crew was able to entertain only a fraction of her usual audience, and was subject to strict regulation, but the atmosphere was electric at all the shows. Has the comeback begun?