Two new moving heads from the Eurolite TMH series raise the bar for devices in their compact size: Their performance makes them the perfect choice for larger stages – and that at a weight of less than 15 kilograms. 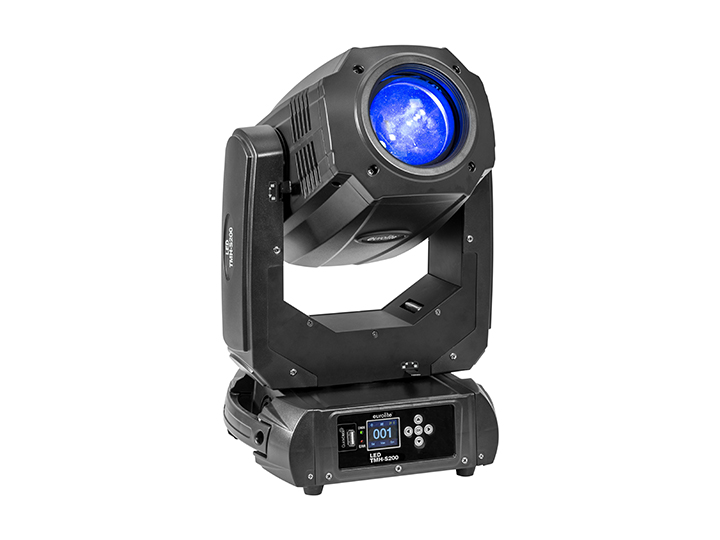 The LED TMH-S200 from Eurolite with its 200 Watts strong white LED produces enough light power to be used alongside other spotlights on larger stages. Its zoom range extends from 8° to 22°, so that the spot can be used flexibly. For images, it features a rotating and a static gobo wheel with a total of 16 different images. The rotating gobos are indexable, so that graphics or logos are always displayed in the correct position. The illustrations become particularly interesting when the two gobo wheels are overlayed and played with the focus. The rotating gobos can be exchanged in a very short time without much effort via the gobo slot-in system.

Even more variety is provided by the rotating prism, which triples the image and sets it in motion. A color wheel, which offers 9 colors in addition to white and can also display two colors at the same time, provides for variety. 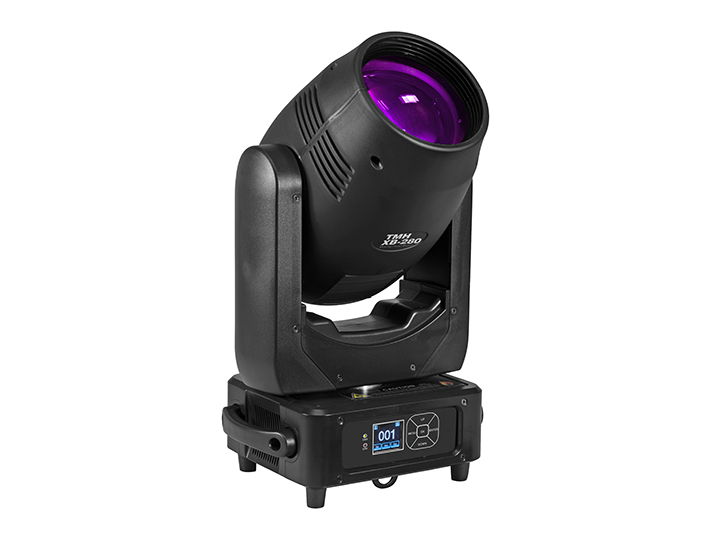 A gobo wheel with 13 images is used in the spotlight. Among them are the popular dots gobos, which are particularly effective when they divide the beam into many fine beams in the fog. The XB-280 also has two prisms: an 8x prism and even a 24x prism, which turns the beam into a wide beam spotlight. Both prisms can rotate in both directions at the desired speed, thus ensuring dynamics. The prisms can also be used in combination. All images can be brought into the desired sharpness via a motorized focus.

The XB-280 can also produce soft light; its frost filter then turns it into a veritable washlight. The integrated multi-color filter creates a multi-colored image that alone creates an impressive effect – combined with the 14 colors on the color wheel, further extraordinary effects are possible.

Both devices are equipped with a USB socket for the wireless QuickDMX system from Eurolite. For the power connection, there is a P-Con socket and also an output socket to forward the power. The XLR connectors are three-pin.