Restart-19 is an evidence-based scientific study conducted by the University Medical Center, Halle, in conjunction with regional government, aimed at investigating the Coronavirus risks associated with staging major cultural or sporting events in indoor arenas. The project has received almost a million euros in funding, a measure of just how desperate the situation facing the future of such events has become. The principle aim of the study was to determine which technical and organisational actions can most effectively minimise the risk of infection. 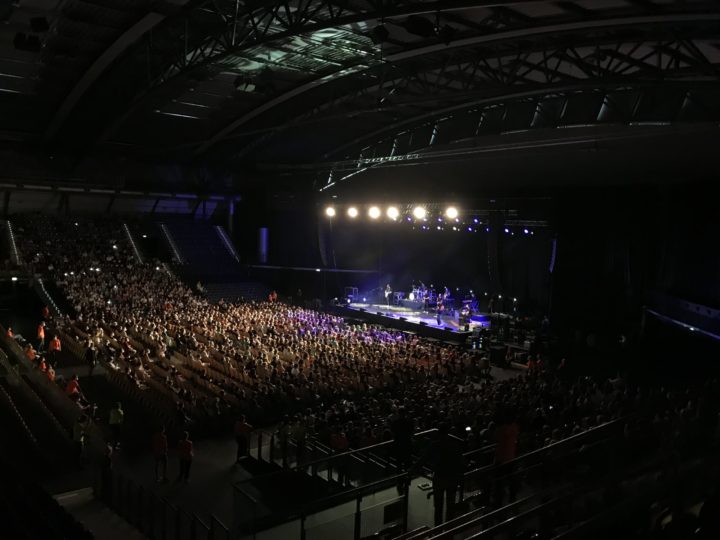 Comprising several sub-projects, the most visible element of Restart-19 was a large experiment conducted in the Leipzig Arena, featuring singer Tim Bendzko and his band, where 1800 audience members attended to participate in different real-life simulations of the concert experience. Every measure was taken to ensure that no-one taking part in the experiment or in the local population was put at risk, and it is hoped that the data gathered will assist the authorities in finding ways to reopen sports and concert facilities.

CODA Audio user Schalldruck Audio of Chemnitz, Saxony, tendered for the event and was awarded the contract to supply audio. Deploying a combination of AiRAY and ViRAY, Schalldruck invited CODA Audio’s Sebastian Baehr to deliver technical support for the preparation of the project, and to act as onsite System Engineer to set and tune the system. Powered by LINUS14D amplifiers, the system comprised 12 x AiRAY + 3 x ViRAY (downfill) per side, combined with 8 x ViRAY (outhang) per side, with 10 SCP-F + 4 x SCV-F as a sub-arc, and 6 x N-APS as front fills.

“We set up a detailed System Optimiser file for the Arena, which included all loudspeakers and tuning. The virtual parameters were all adopted to the LINUS Control file prior to the actual PA check – this virtual prediction is amazingly reliable, and we just had to set and adjust a very few filters and delay times. It was just a little optimisation to the actual acoustical room behaviour, which was quick, easy, and achieved amazing results.” 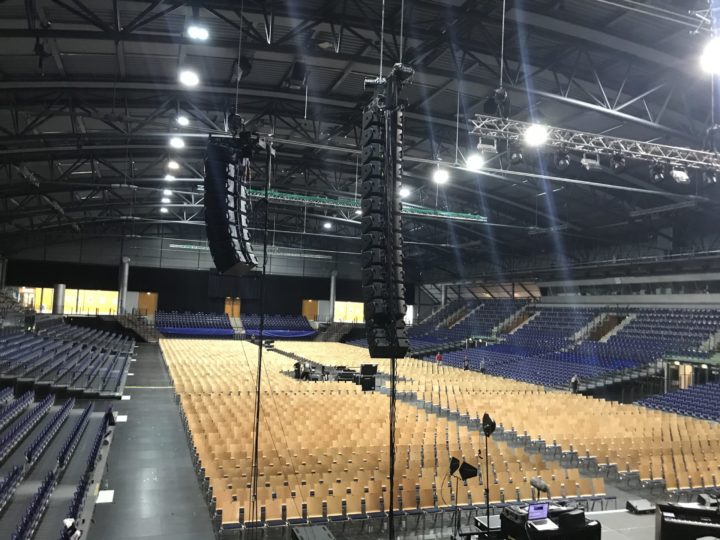 The multipurpose indoor arena can accommodate up to 12,000 people for concerts, but for the Restart-19 experiment, a much smaller audience was present which resulted in more reflective surfaces within the space.

“With the CODA products, we were able to minimise the PA system’s impact on these surfaces, particularly by using the right Couplers. For example, the four lowest ViRAY boxes in the outhangs were used with asymmetrical dispersion. This helped to keep reflections as low as possible.”

The ‘concert’ part of the day was divided into six periods of twenty minutes, with the audience organised in different social-distancing configurations. Outstanding intelligibility was essential in order that the audience in every part of the arena could clearly hear the instructions being given by the event moderator.

“The capabilities of the DDP-drivers achieved this from the front row to the furthest corners of the arena without delay lines. In spite of the stop-start nature of proceedings it was actually a really enjoyable experience – Tim Bendzko, his band and front of house engineer Stefan Lohr did a great job and as always, the AiRAY system delivered a very clear and transparent mix. It worked brilliantly for the whole spectrum of music from soft ballads with piano and cello, to much louder material with synths and overdriven guitars,” adds Baehr. 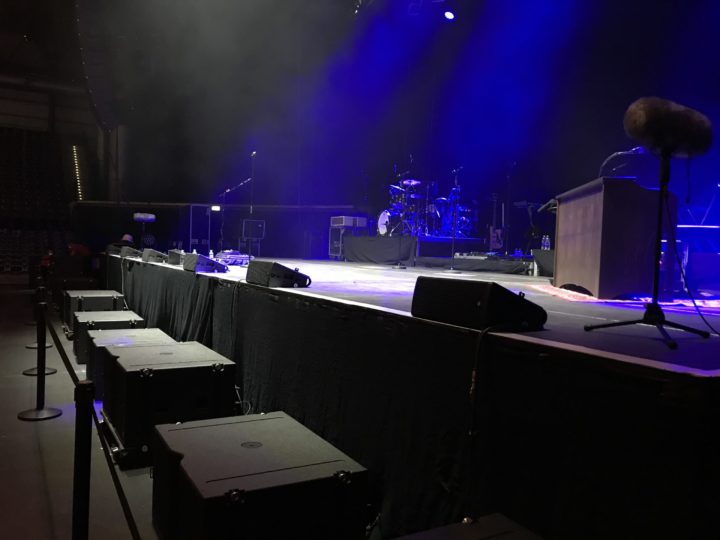 Merlin Marschall of Schalldruck offers his point of view:

“The main advantages were definitely the HF driver and the short impulse SCP subs. The moderator of the event had to give frequent instructions to the audience about how to handle the various scenarios, so we needed long throw with razor sharp clarity to the very back row. It was important, though, that we didn’t hit the back wall behind the last row as it is very reflective. Since it’s an arena, subs are always the main concern in respect of boomy room nodes, but with CODA’s sensor controlled subs and their wonderfully short impulses, we were able to reduce the room nodes whilst still retaining the desired punch. The new CODA System Optimiser is really precise in its calculations, and except for a few minor changes, we were able to use nearly all its settings as predicted in the software.

“The main challenge to overcome was that it was essentially an empty arena – not much ‘flesh’ with only 1800 people in such a large space – but the system outperformed itself with brilliant clarity and without the boominess you might associate with a relatively ‘empty’ space. Many of the people in the audience were technicians who’d volunteered to participate in the study, and every single one I talked to said that the performance of the system was amazing.” 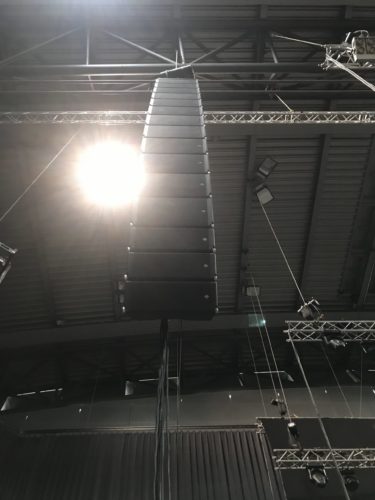 “We were very proud to see a CODA system at the centre of what everyone hopes might prove to be a pivotal moment in helping to restore the fortunes of the live performance sector. The announcement of Restart-19 attracted worldwide interest, and it is to be hoped that the data gathered by the project will give the industry some cause for optimism in the not too distant future.”