As drive-in concerts continue to provide an interim solution in the live sound market, bluegrass sensation Billy Strings put on his first shows with a live audience since March 2020. The Mohegan Sun Arena at Casey Plaza in Wilkes-Barre Township, PA outdoor parking lot venue was powered by a Meyer Sound LEOPARD® reinforcement system for three consecutive nights of Billy Strings’ “Meet Me at the Drive-In Tour.” 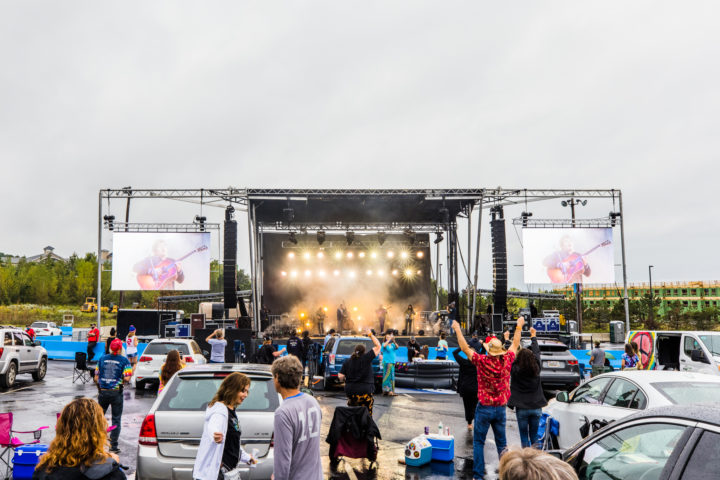 Dave Brotman and Mike Shoulson of Coatesville, PA-based rental company DBS Audio Systems were on hand to provide the audio solutions and support to the Billy Strings production team, including FOH Engineer Andy Lytle. “What a wonderful experience it was to work a large show again — our first since December — and to work with such a professional crew and fabulous band as Billy Strings,” DBS Audio Systems President Dave Brotman said.

“Once again, the LEOPARDs performed beyond my wildest expectations. Andy, Mike, and I were absolutely amazed. From a low-end perspective, we opted not to do an end-fire configuration, though it would have helped on stage, due to the extreme width of the parked cars,” Brotman said. “Once tuned, the 1100-LFCs performed wonderfully and soared happily all the way back to the end of the parking lot which was easily 500 yards-plus. The 1100-LFC is the most musical sounding subwoofer I have ever heard. With an upright bass and the wonderful overtones it naturally has, the 1100-LFCs only complemented the bass players’ sound. No coloration, just an incredibly musical loudspeaker at any volume.”

At 200 feet from the stage, the front of house mixing position was significantly farther away than FOH engineers are used to (100 feet). It was also Lytle’s first time using Meyer Sound Amie precision studio monitors at the console, which proved to be beneficial despite the increased distance from the stage.

“The Amies’ sound quality helped my mix drastically. The clarity of the Amies was unbelievable, not to mention the low end response. These monitors sound so good that I would trust them mixing the band side stage any day. I would give these speakers a 10/10 rating and would suggest them to any FOH engineer looking for near field monitors,” FOH Engineer Andy Lytle said.

With drive-in concerts serving as a new solution to producing live events, everyone from the production teams to the artists to the audience is excited to be experiencing live music. “Everyone we came in contact with was just thrilled to be there, be performing, and be reinforced by, in my opinion, one of the best loudspeaker systems on the planet. A big thanks goes out to Pat McGlynn from Mountain Productions, the staging company we have worked with for decades,” Brotman said. 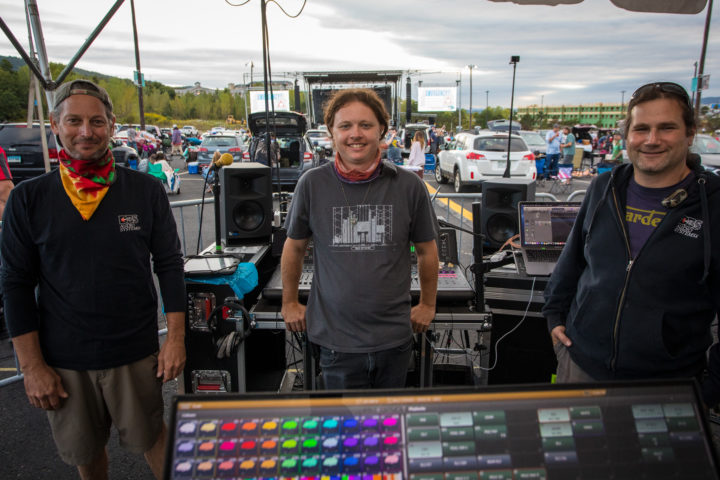 Billy Strings continues the “Meet Me at the Drive-In Tour” in Illinois this week for two already sold-out shows on September 16 and 17 in McHenry, IL followed by two nights in Peoria, IL on September 18 and 19 at Expo Gardens. Tickets to the Friday, September 18 show are available here. Earlier this summer, Billy Strings hosted livestreams from venues across Nashville for his “Streaming Strings” livestream tour, including two shows from City Winery Nashville that features a Meyer Sound house system. The band recently made their television debut on Jimmy Kimmel Live! in July.