In Kyiv, Ukraine, ‘Vertical Concerts’ were initiated by rock band Green Grey who performed on the rooftop of a building opposite the city’s Bratislava Hotel … where fans occupied 9 stories of rooms with separate balconies, each with a fantastic socially distanced view of the gig! 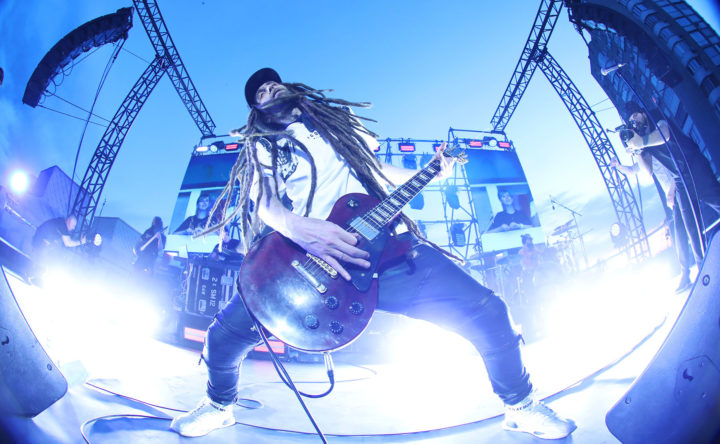 All the equipment was craned up to the rooftop, rock ‘n’ roll style – the Ukrainians don’t mess around when it comes to staging rooftop events! 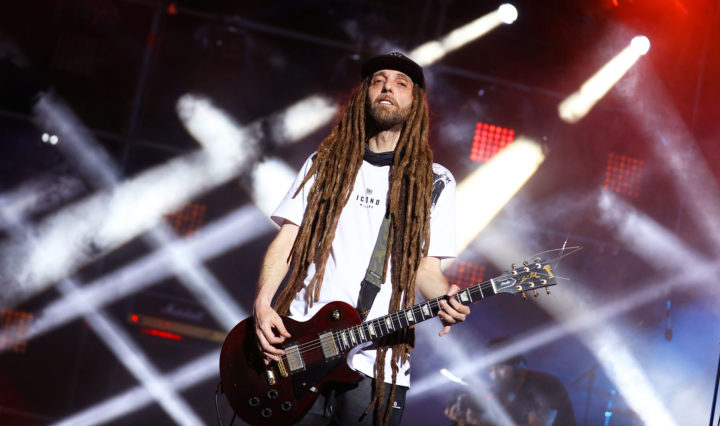 For Green Grey’s show, the MegaPointes were deployed behind the stage, creating powerful backlight shooting up into the night skies, illuminating the architecture of the stage and highlighting the unique urban landscape.

For the O’Torvald gig, the MegaPointes were placed on the stage floor and in front of the main lighting gantry upstage.

Eugene – who works full time for Alight and is a prolific LD with The Voice Ukraine among his recent projects – specified MegaPointes as they are one of his go-to fixtures. “They are just so versatile that I use them on virtually every project I design,” he stated.

He thinks that “as one of the brightest beam / spot luminaires on the market” MegaPointes are perfect for spectacular and spontaneous high impact effects. On these shows, although initially hidden behind the line-of-sight, he could simply blast them in with different colour / gobo, etc., combinations boosting the energy and excitement of the performance.

With the city – the hotel is right downtown – and the night sky as a backdrop, Eugene needed the effects to look as big as possible, and MegaPointes were a great way to achieve that goal!

Alight has been investing steadily in Robe products for the last six years and now has over 200 units in rental stock. They consider Robe “one of the best” brands to work with for reliability and quality, and since they purchased their first fixture, Robe has been prominent on the many shows they design and supply.

There were several other lights on the Vertical Concert’s rig, including small beam lights and matrix panels, together with the MegaPointes, all programmed and run by Eugene from a grandMA 3 console.

The biggest challenge was to make the show amazing and throw the energy across the void to the audience so they felt close to the artists and like it was a regular arena show … rather than on another building! The lighting and video treatment created by Eugene and the team made that happen as much as possible.

The Vertical concerts have created a massive buzz of excitement and been hugely popular, selling out fast! Instead of buying tickets, fans booked hotel rooms – with up to 4 people from families / household bubbles – per room. 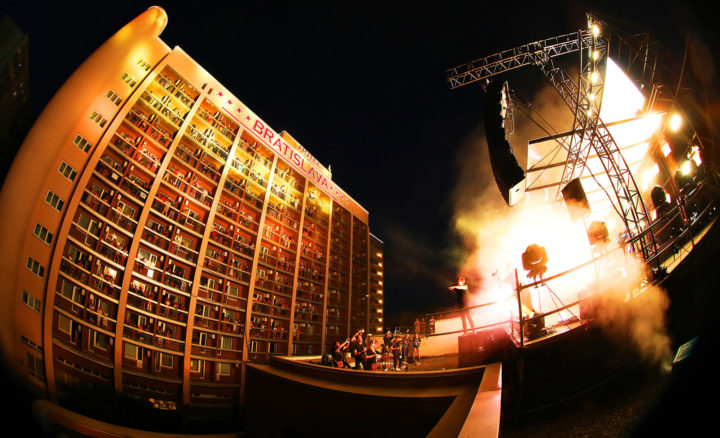 For Eugene, who has lit shows in some interesting places before, the most enjoyable aspect of working on the Vertical Concerts was “the incredible teamwork.” This included with Alight’s lighting crew chief Katunin Vitalii plus of course, Green Grey’s leader and guitarist, Andrii “Diezel” Yatsenko who started the ball rock ‘n’ rolling!

Sound and staging was supplied by Zinteco and LED screens from ScreenPro.

At time of writing, the Ukrainian national lockdown measures had been extended until 31st August, so the concert industry is struggling there like in most places! However, there has also been a lot of unity and imagination circulating between artists, musicians, show directors, technical companies, etc., collaborating to create fresh concepts for performance and entertainment – the quest to prevent a ‘cultural quarantine’.