Isagenix held its annual flagship ‘experience’, Celebration 2020, earlier this year at the Brisbane Convention and Exhibition Centre. The motivational presentation featured a series of powerful training sessions over the three days, with concert style technical production providing the backdrop and the wow factor. 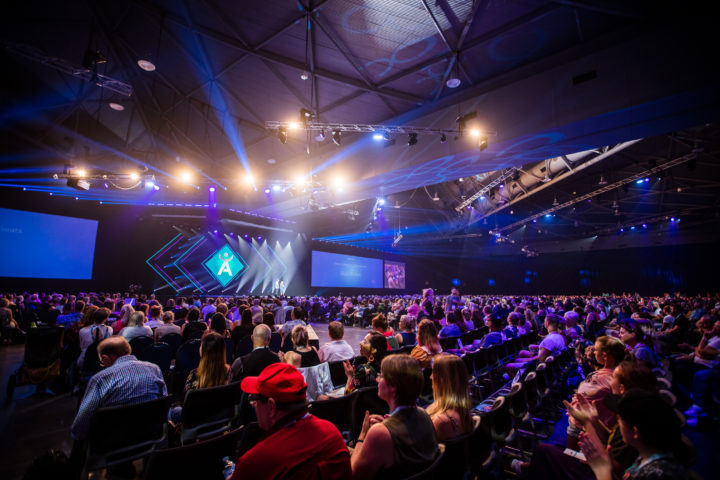 The powerful lighting inventory included large quantities of GLP’s award-winning X4 Bar 20 battens and ever popular JDC1 hybrid strobes—part of an inventory of more than 300 GLP fixtures held by Novatech. In fact, the company did much to pioneer the brand in Australia when it acquired the original impression 90, around a decade ago. In so doing, it became the first production house in the country to feature GLP products in its inventory.

Back at the Brisbane Convention and Exhibition Centre, the focal point of the imaginative design was a series of chevron trusses, packed with fixtures, including 32 of the X4 Bar 20s.

These were primarily used as eye candy for a landscape audience, but they also created high impact when directed backwards at the drape during video rolls, to accentuate the chevron design even further.

In addition, Novatech also supplied eight GLP hybrid strobes for use on the front truss, with a further 10 JDC1’s located on the room trusses, where 24 GLP Impression X4’s also provided overhead beam movement throughout the auditorium. 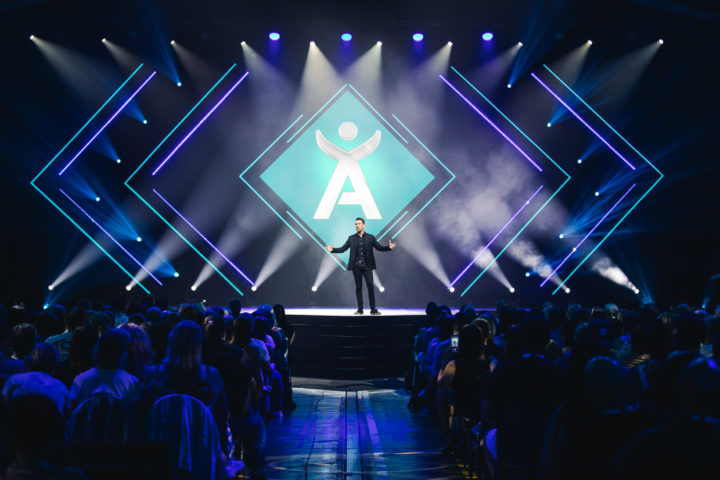 All GLP products are distributed in Australia by Showtools International, who are serviced out of the manufacturer’s Asian office.
This was Novatech’s second year delivering all technical production (lighting, vision and sound) for Isagenix Celebration Australia and New Zealand through its client, CG Creative. The Brisbane Convention & Exhibition Centre was the venue on both occasions.

Michael Muenz, Manager of GLP Asia, said: “We are grateful to Novatech for their support, and for increasingly educating and introducing their customers to the creative possibilities of our products.”