Yes, here we go again, damn Covid! We would have liked to tell you about the new L-Acoustics A Series after getting our hands on it and trying the system well by testing it directly on the field as we normally do, but unfortunately in this period it wasn’t possible. Waiting for the field test, however, we decided to take care of this important new loudspeaker series of one of the most prominent brands in the world of professional audio, by dedicating a Focus On to a system, that certainly differs from the products to date in the catalog of the French brand.

The new A Series by L-Acoustics, presented a few months ago at the main trade fairs in the sector, can be considered an evolution of the ARCS (Arrayable Radial Coherent System) concept, which was first introduced in 1996 and already brough tnumerous innovations. The system is defined as “Linear Source Array” with constant curvature. A first piece of information which, together with the low weight, small size and simplicity of setting, already shows us that we are talking about a product that differs from traditional line arrays, of which the L-Acoustics catalog is well-stocked. We are looking at a system that is certainly user-friendly, versatile, modular and therefore particularly suitable for those rental companies who do not want to compromise on quality, but at the same time need a simple, high-performance and easy to use audio system, that is highly versatile for the most disparate situations, a target that perhaps until today was not in the direct “cross-hairs” of L-Acoustics. The novelty of the A Series, among others, is the use of a horizontally positioned DOSC waveguide which ensures sound coverage that is exactly identical to the physical shape of the speaker, allowing you to combine multiple speakers together without creating sums or “holes”. The Panflex system is very interesting and allows you to change the horizontal dispersion, both symmetrically and asymmetrically. The low frequency modules are equipped with L-vents, a laminar air inlet and outlet system that provides high SPL by eliminating turbulence noise.

The new family of speakers consists of four models with constant curvature: 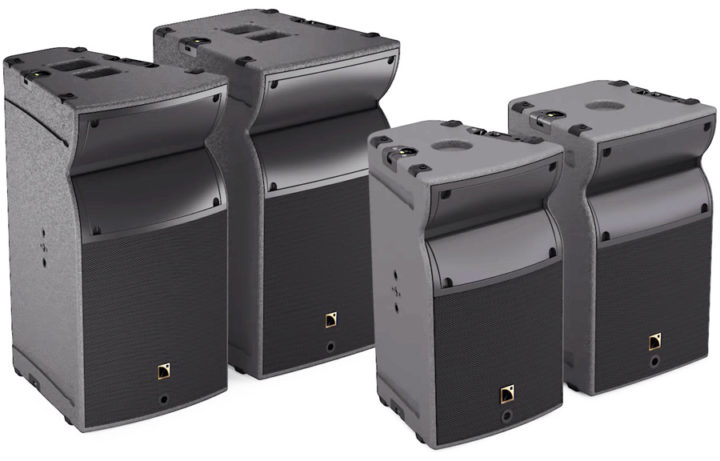 A10 is a passive 10″, 2-way speaker system, designed for medium-range up to 35 meters, with flexible coverage patterns. It can be mounted on a pole, stacked, or flown to form vertical or horizontal arrays. The A10 provides a wide range at low frequencies perfect for vocal reinforcement and live concerts.

A15 is a 2-way 15″ passive enclosure with constant curvature WST, designed for medium-throw production applications up to 45 m, with flexible coverage patterns. It’s lightweight (33kg) and weather resistant (IP55).

The Focus models have a coverage of 10° while the Wide speaker system coverage is 30°. Even the sound pressure varies from one speaker to another starting from a maximum of 144dB of the 15″ Focus to 137 dB of the 10″ Wide model. 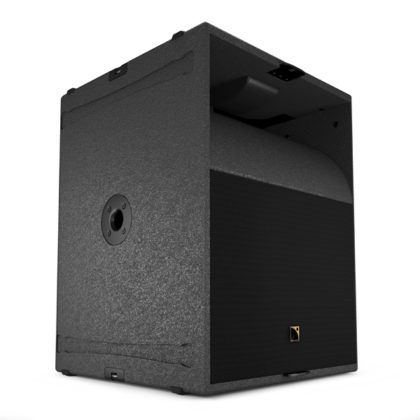 The A Series also includes KS21, the first 21″ subwoofer by L-Acoustics, that can be placed on the floor or flown and allows to reinforce the low frequencies extending the range down to 29 Hz (with A10 speakers) or 31 Hz (in combination with A15 enclosures).

Each Wide and Focus speaker can be combined with the others in order to manage any type of venue architecture thanks also to the LA Network Manager software which allows remote online control and monitoring of all units.

Another novelty implemented in the new A Series, which makes this system particularly interesting, is the Panflex system, already present in other L-Acoustics models. Combining L-Fins and DSP, it offers the possibility to change the horizontal coverage pattern from wide to narrow, from symmetric to asymmetric, e.g. passing from a symmetrical dispersion of 110 ° when open, 70° when closed, or asymmetrical by 90 ° left or right, when one L-Fin is open and one is closed. 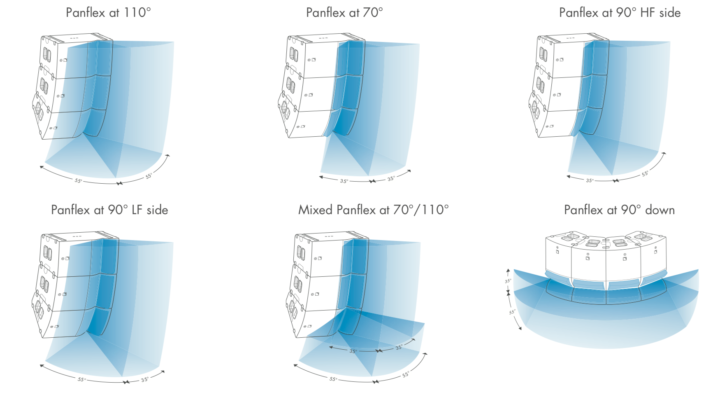 Always with an eye towards simplicity and modularity, it should be noted that both A15 and A10 are equipped with integrated rigging, offering a plug-and-play solution for faster installation, minimizing vibrations and improving safety. 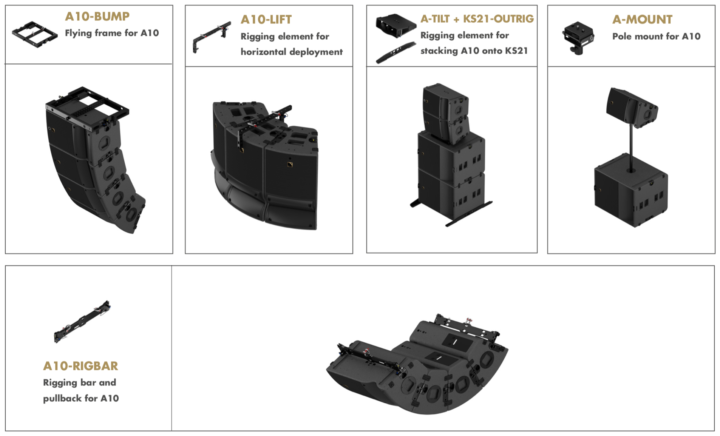 All A Series speakers are passive and L-Acoustics recommends the use of LA4X (which is the smallest amplifier of the company) for optimal amplification. Each channel of the LA4X pilots one enclosure.
The LA12X can be used to power and control up to 3 A15 per output channel. This configuration simplifies deployment and cable management but reduces optimization capabilities.

L-Acoustics, regardless to which “sound religion” you belong, is a first-rate brand and certainly rider friendly, and this may be already a good reason to put a system in stock. As said, we are very curious about a field test, even if we are already assured that the sound signature is basically the homogeneous and linear one that has made this company famous over the years. In the meantime, we have made some personal assessments, noting how an essential design together with finishes and high-quality rigging still place the project at the top of the category. Despite this, however, the A Series aims to satisfy even those who want to keep an eye on their wallets, placed in a crowded price range but always with a certain general quality. The right differentiation of the models and the possibility of changing the coverage patterns certainly make it an even more attractive product, with few real competitors present on the market today with these same characteristics. To be used both as an independent system and alongside and to complete larger line array systems.

L-Acoustics has also designed a version dedicated to fixed installations characterized by the letter “I”, at a lower price, without an on-board rigging system.